here are a combination of our photos and the photos that the disney photographers took of us during our day at hollywood studios . . . 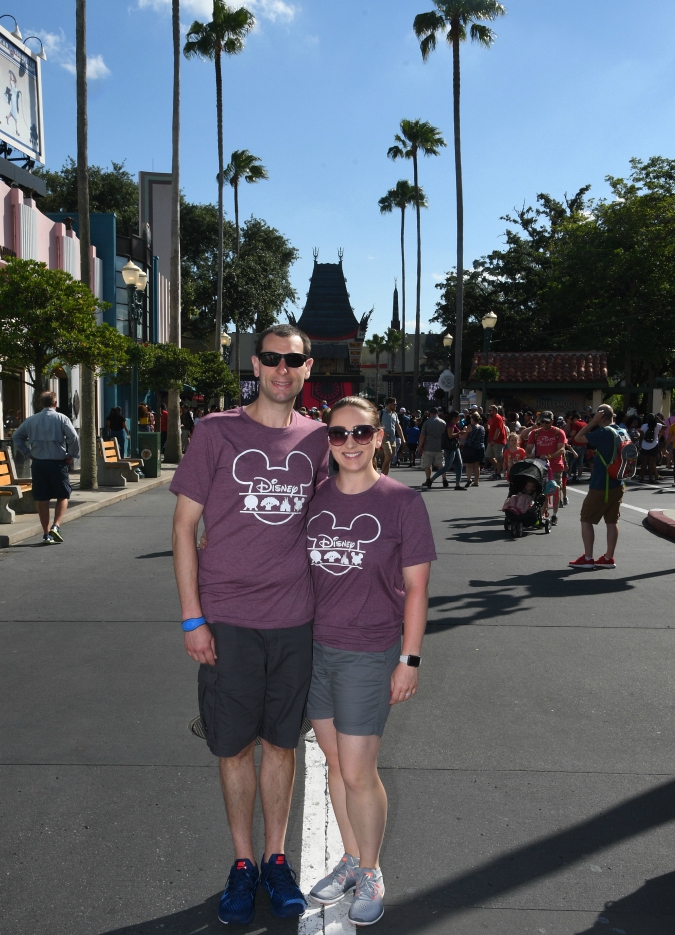 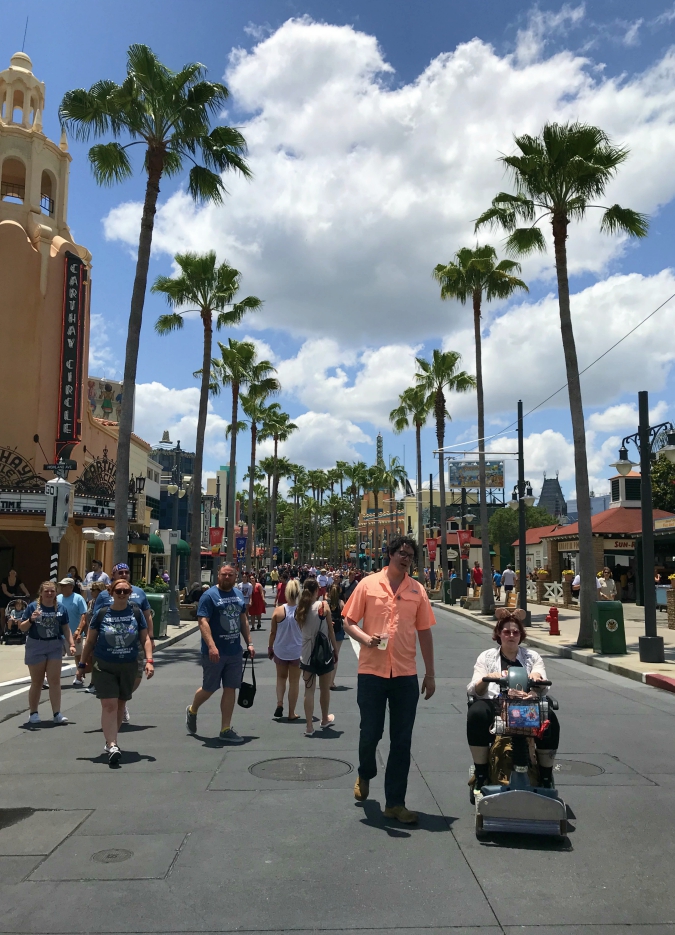 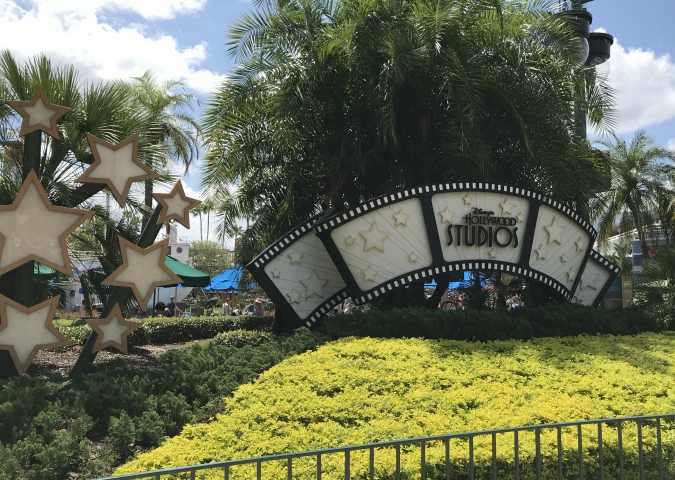 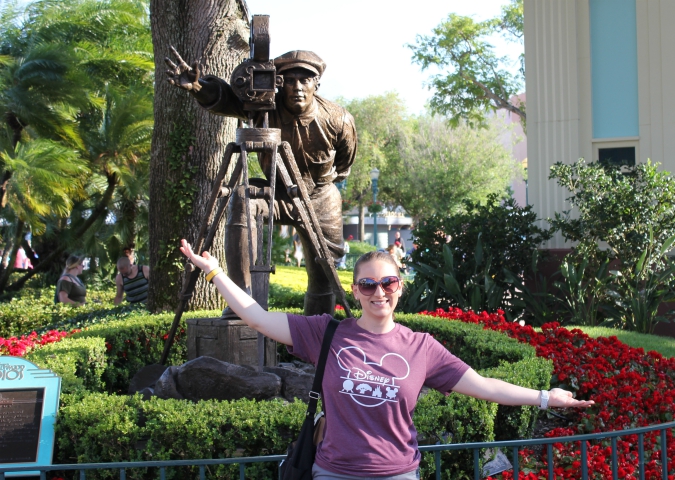 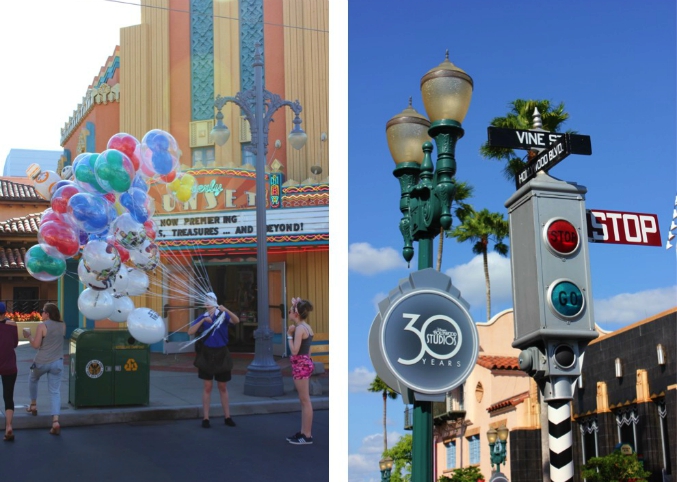 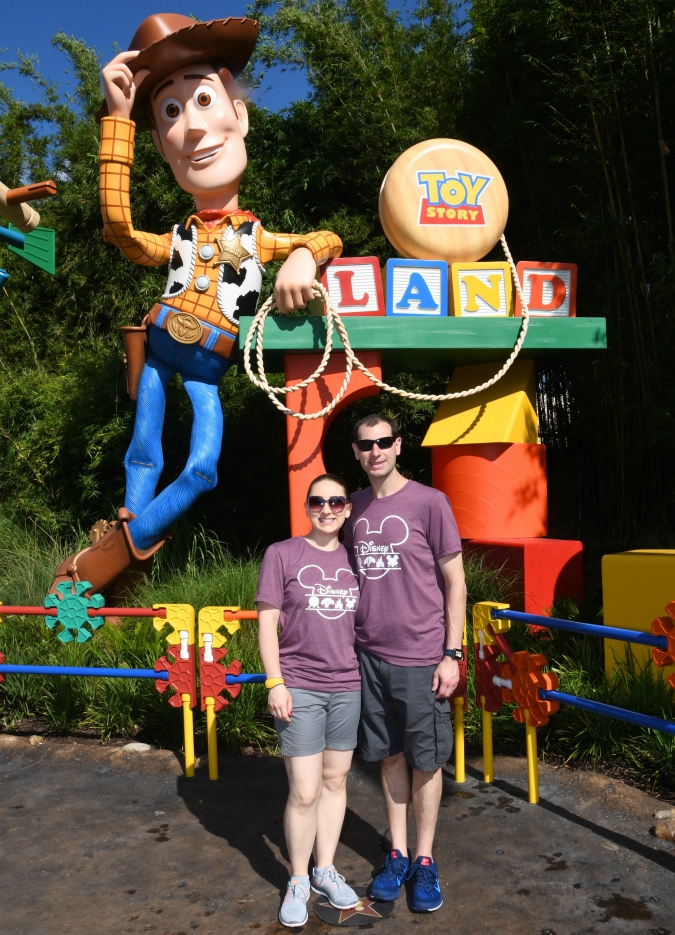 ^when we were at hollywood studios two years ago we saw that they were in the middle of constructing a new section of the park which was going to be called toy story land.  it looked really neat even though construction was no where near complete.  one of the things that we were really excited for about this trip was the fact that toy story land is now open!  everything is oversized which makes you feel like you are one of andy's toys in his backyard.  the details were so incredible!^ 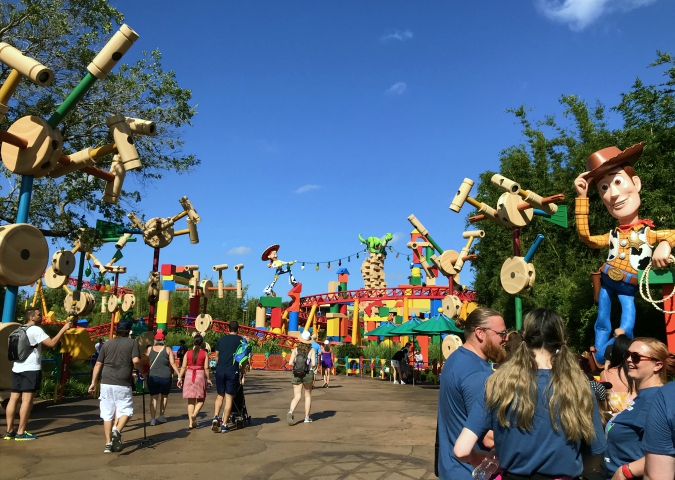 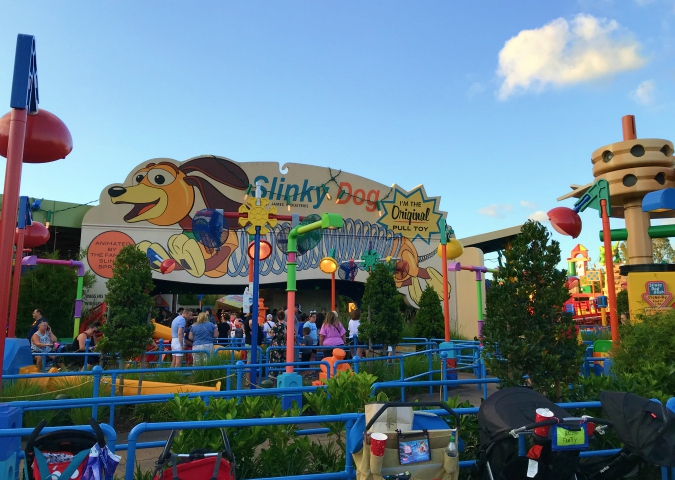 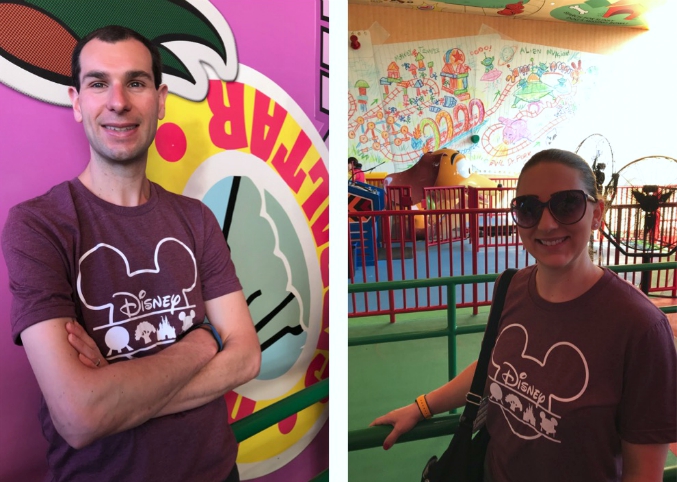 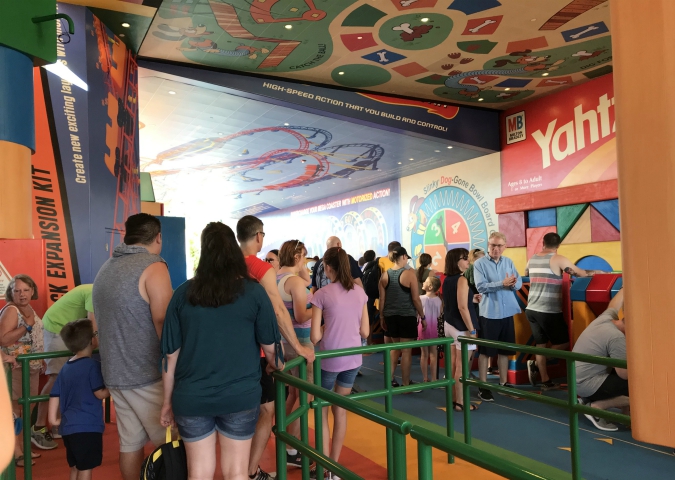 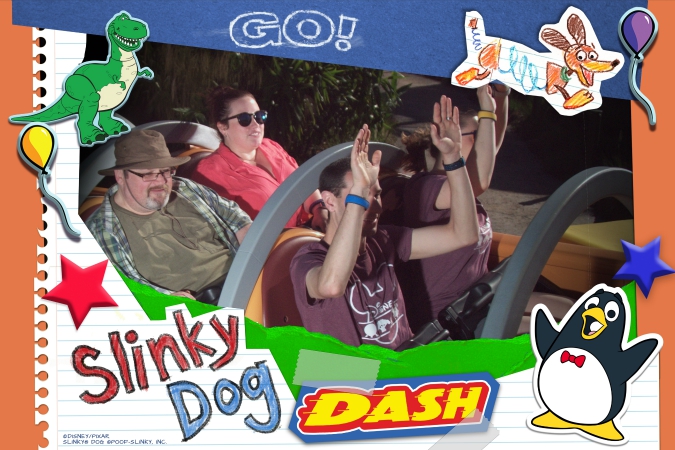 ^there are several rides in toy story land, but the main attraction is the slinky dog dash roller coaster.  we knew that we wanted to ride it but there were absolutely no fast passes available for it.  so, we got to the park early in the morning before it opened, and we waiting in line for the park's morning rope drop.  as soon as they dropped the rope, we high tailed it over to toy story land and got right in line for slinky dog.  it paid off and we got to ride the roller coaster first thing without having to wait in line.  we lucked out later in the day and ended up actually getting to ride it again in the evening too.  it was such a great ride!^ 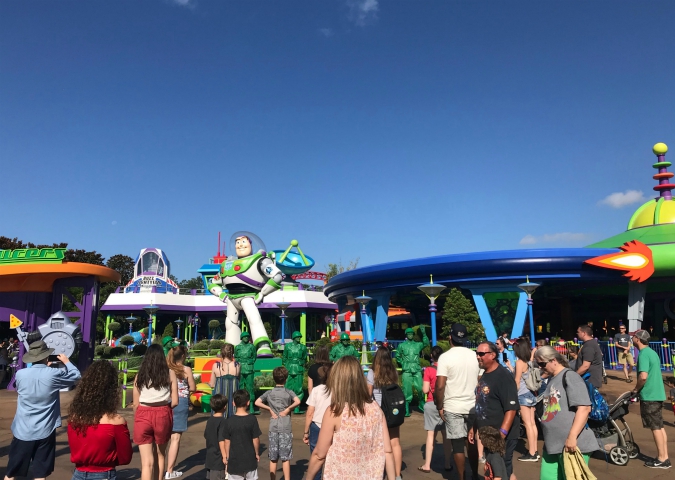 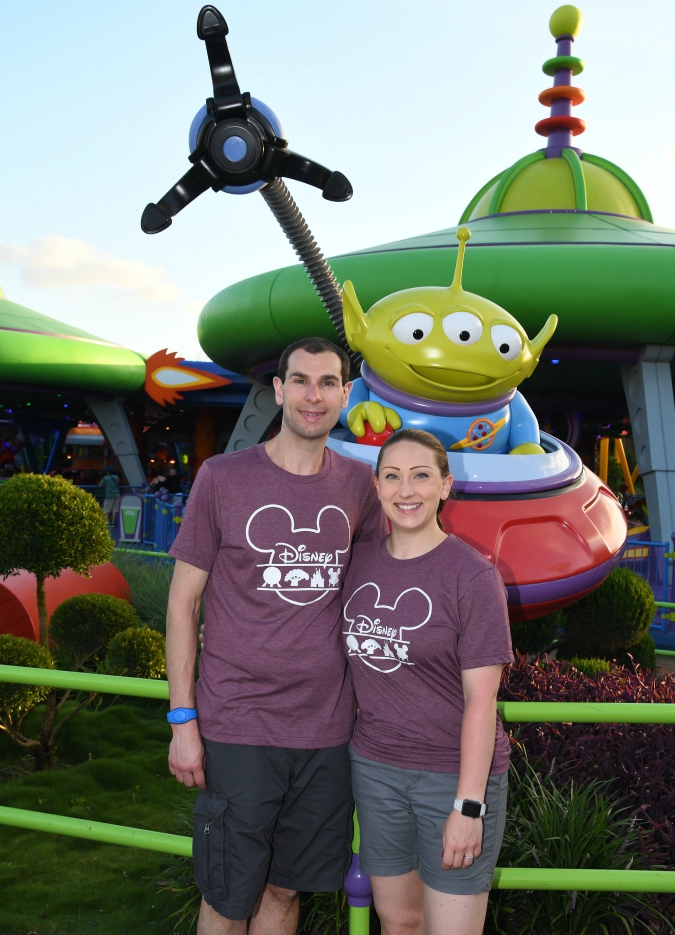 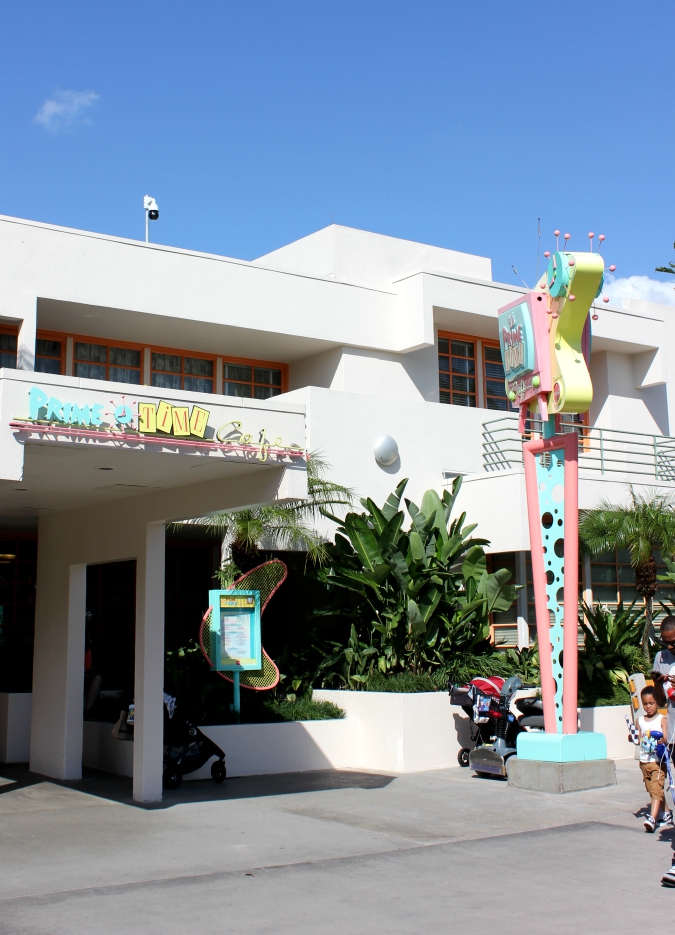 ^we made dinner reservations at a restaurant in the park called the 50s prime time cafe.  the entire restaurant is decorated like a 1950s home and they serve classic 50s food as well.  the wait staff act as if they're in the 50s too.  it was really neat.^ 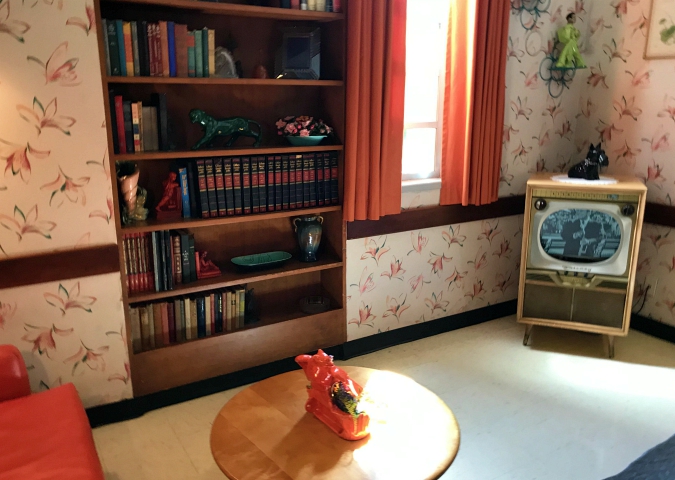 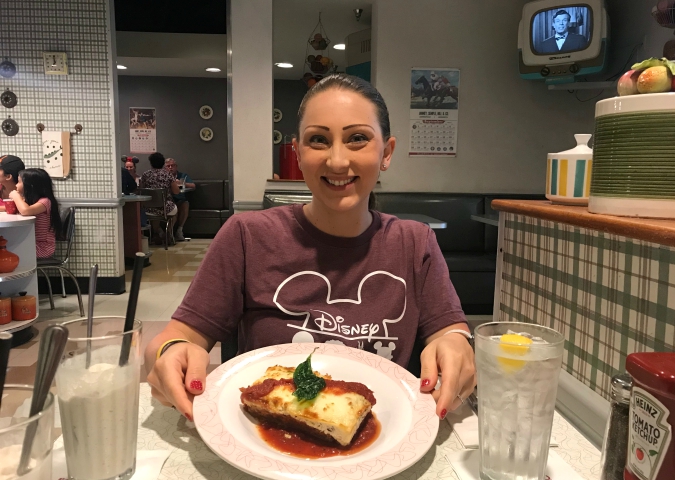 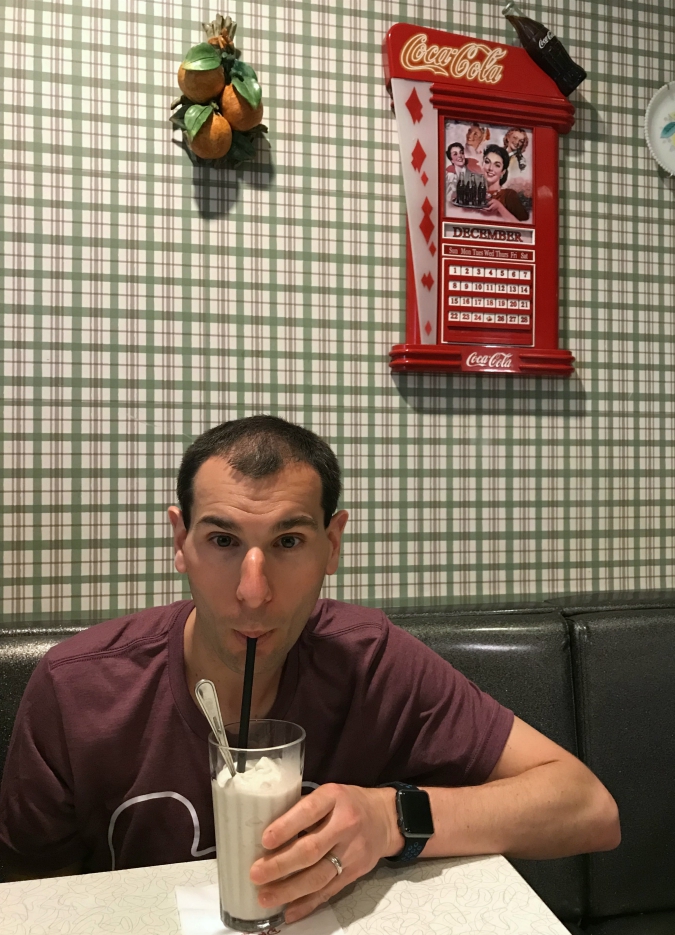 ^i had the vegetable lasagna and ryan had a sampler platter of pot roast, meatloaf, and fried chicken.  we split their peanut butter and jelly milk shake too which is one of their famous treats on their menu.^ 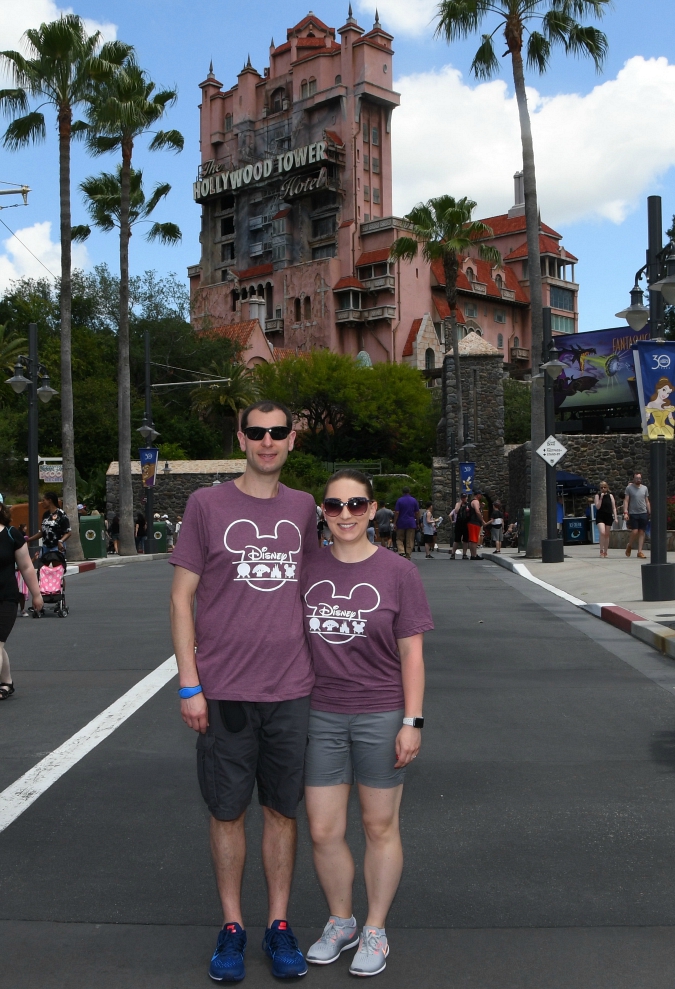 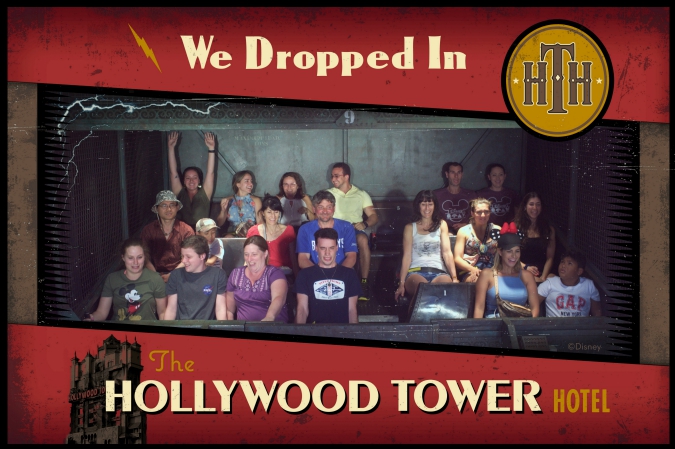 ^the tower of terror has been one of my favorite rides since i was a kid.  it never disappoints and it's always so good!^ 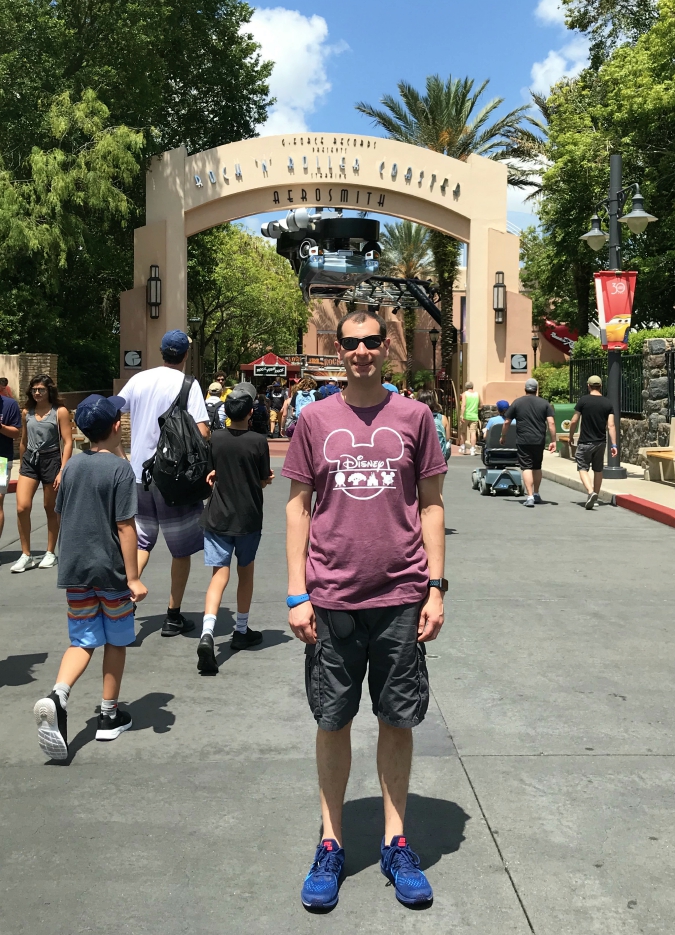 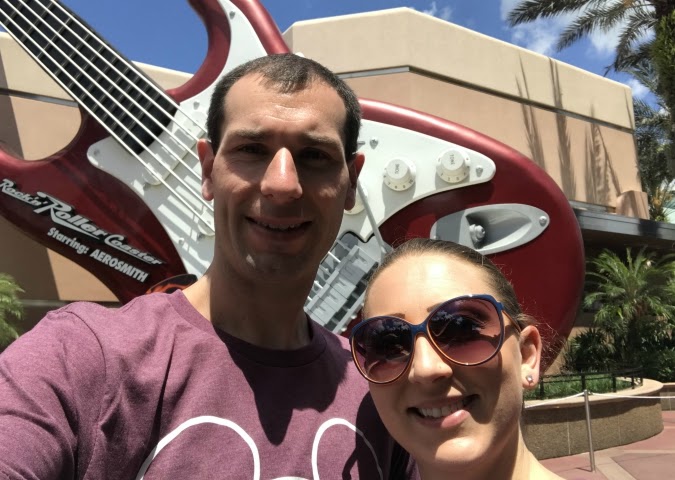 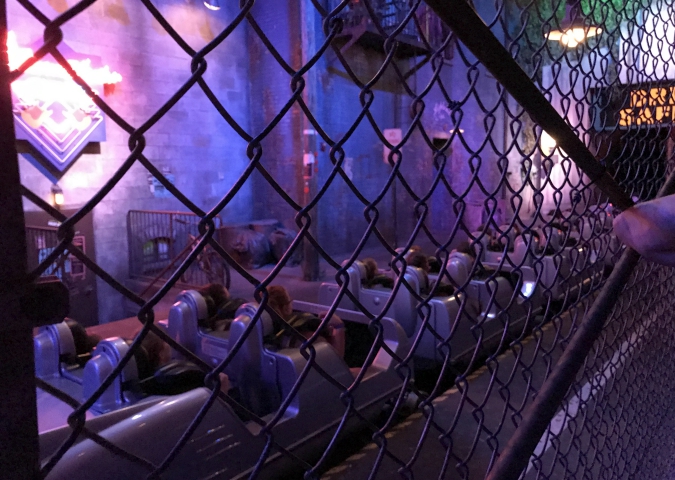 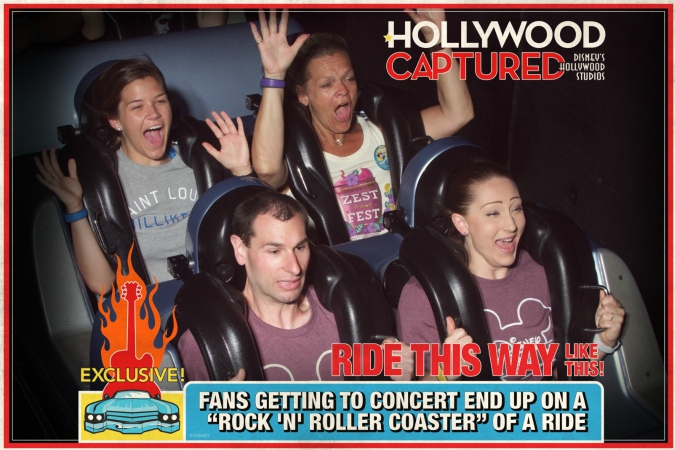 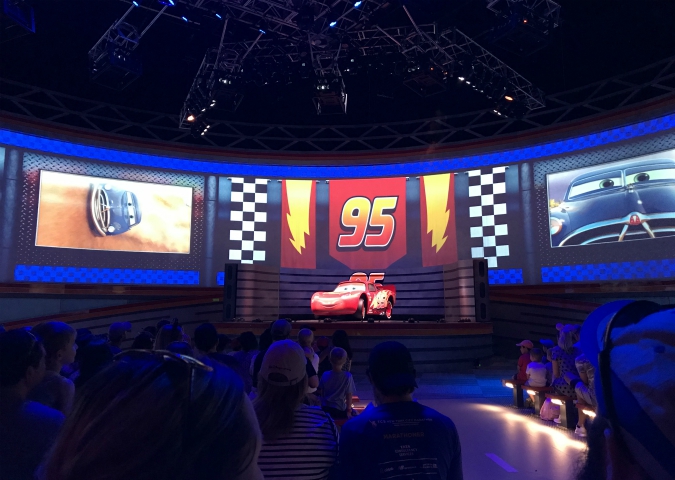 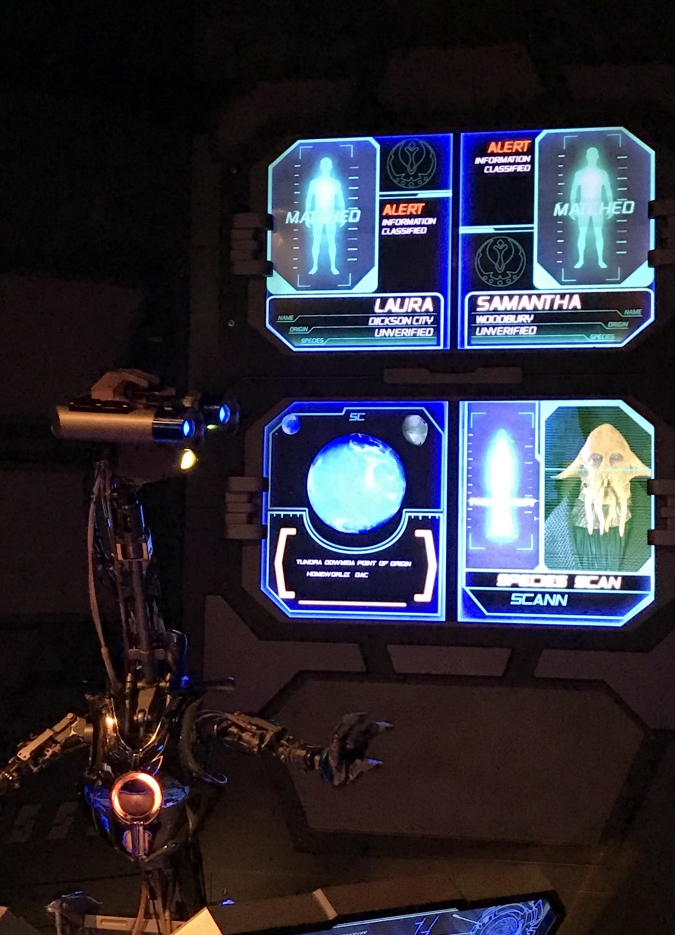 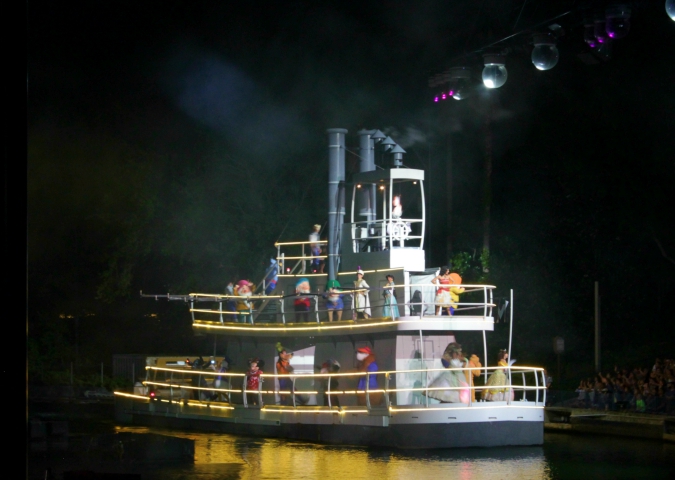 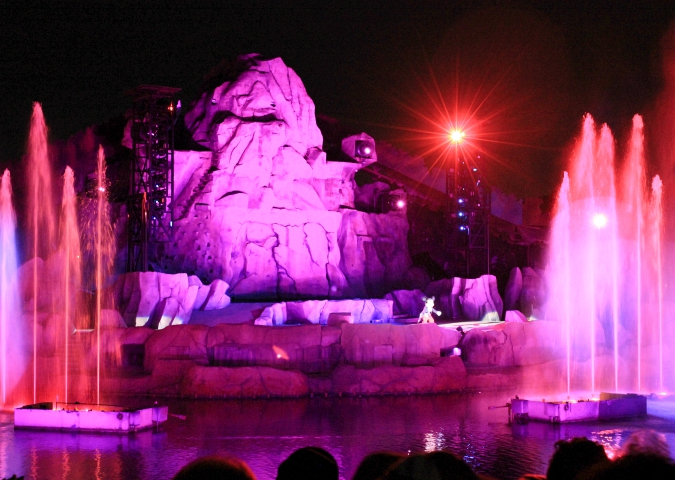 ^the evening show is called fantasmic and it's a light and water show that happens on a lake in the park.  it's really a great show!^ 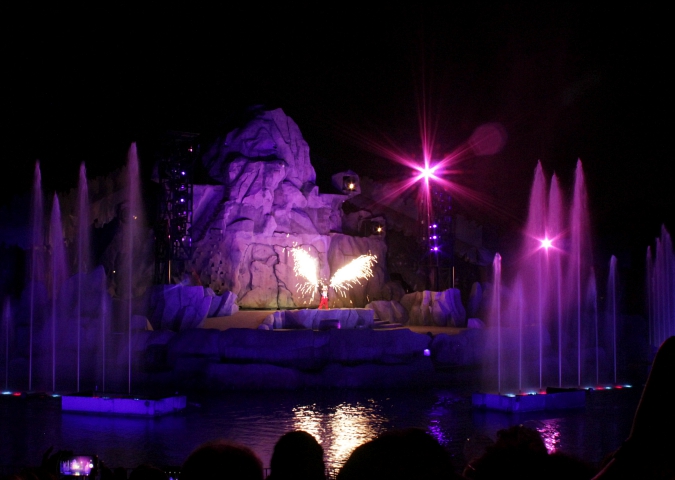 Looks like so much fun. Love the coordinating shirts.

More great photos and cute Mickey shirts. I like how they even have a set of encyclopedias in the 50s house. There really is a lot of attention to detail at the park.