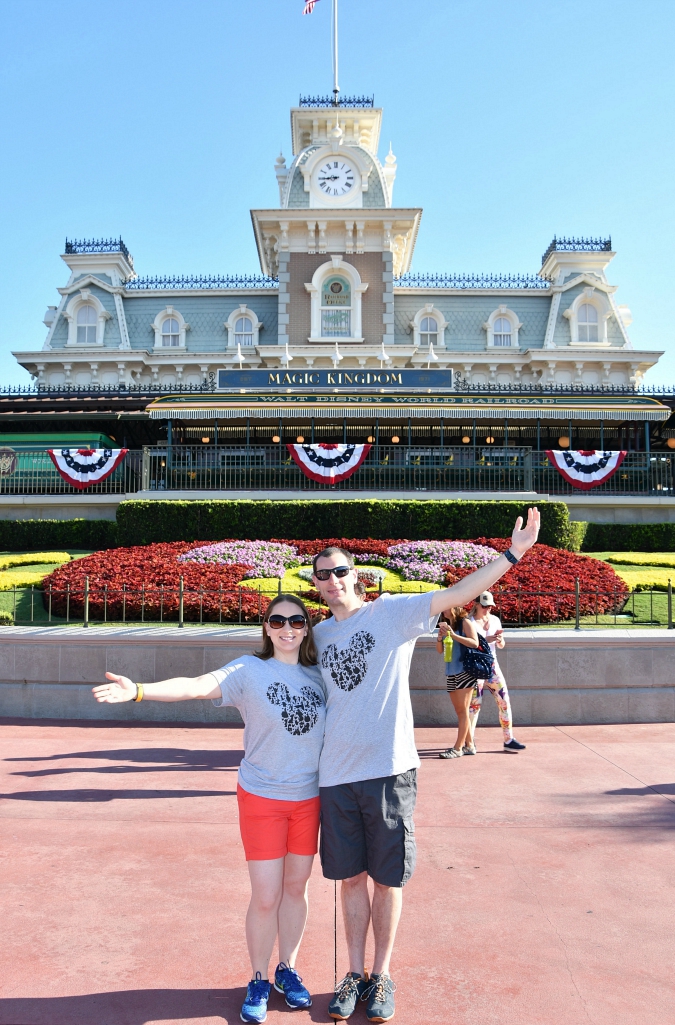 after a great day in epcot on tuesday, we continued our disney trip on wednesday by heading to magic kingdom.  we packed in a full day at the park from early in the morning when the park opened until midnight when it closed.

magic kingdom is our very favorite of the four disney world parks.  thank goodness for the fast pass system which allowed us to fit so much in our day so that we didn't have to waste our time standing in long lines.

since we had five full days to spend in the parks, we visited each of the four parks and then came back to magic kingdom for a second day since there is so much to see and do there.  here are photos from our first day at magic kingdom which are a combination of photos that we took and photos of us that the disney photographers took with our memory maker photo pass . . . 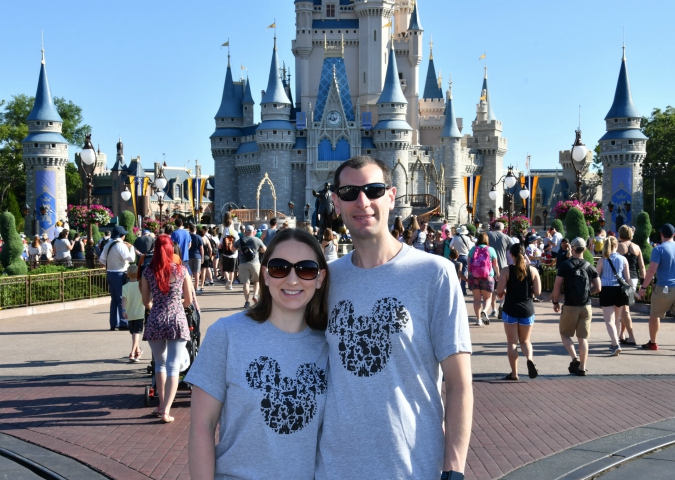 ^the last time we were in disney we noticed that so many people had disney shirts.  before our trip we ordered a few disney shirts online from etsy for us to wear in the parks.  we both loved this one which had the iconic mickey mouse ears made up of silhouettes of all different disney characters.  we always love to match and we didn't see anyone else with the same shirt as us!^ 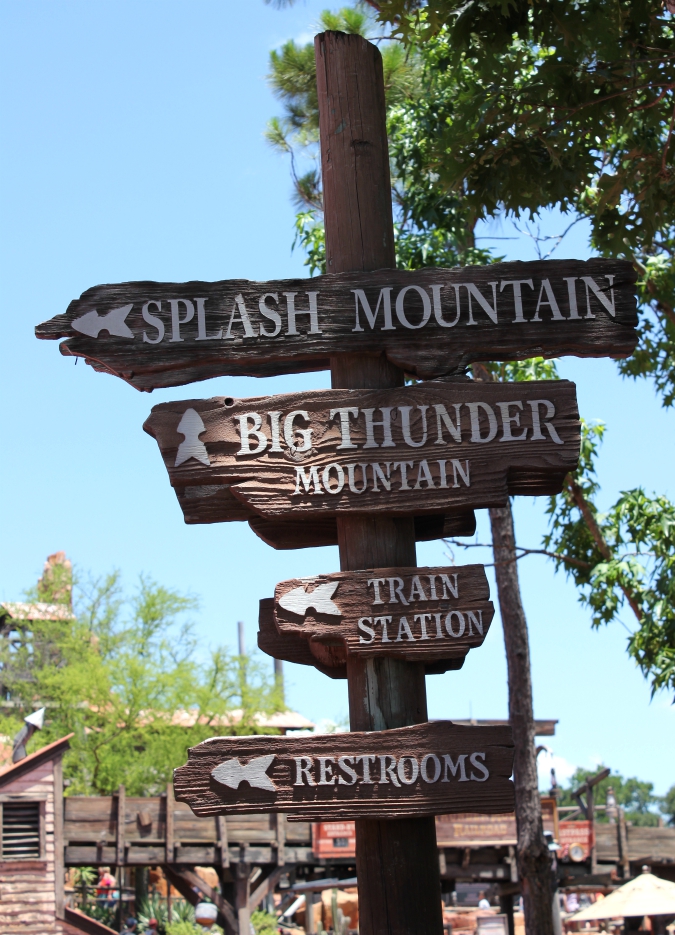 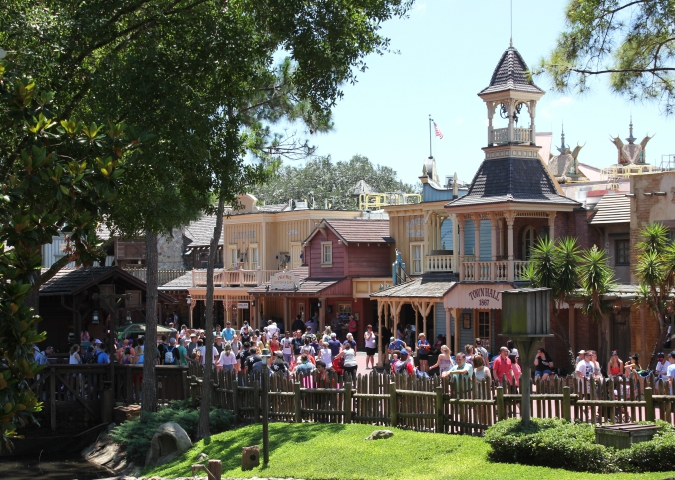 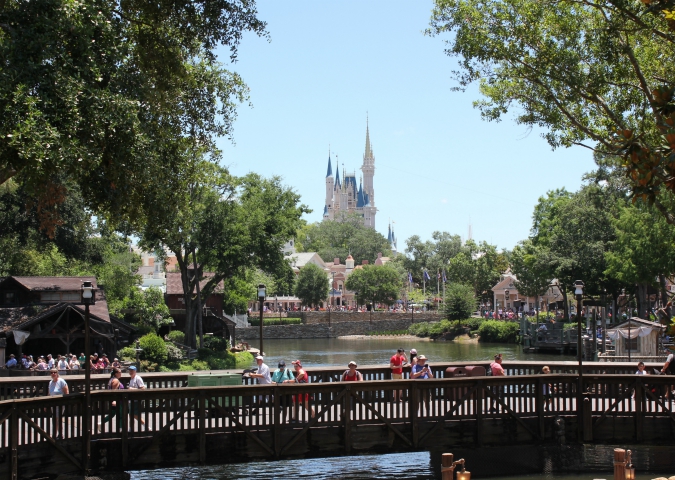 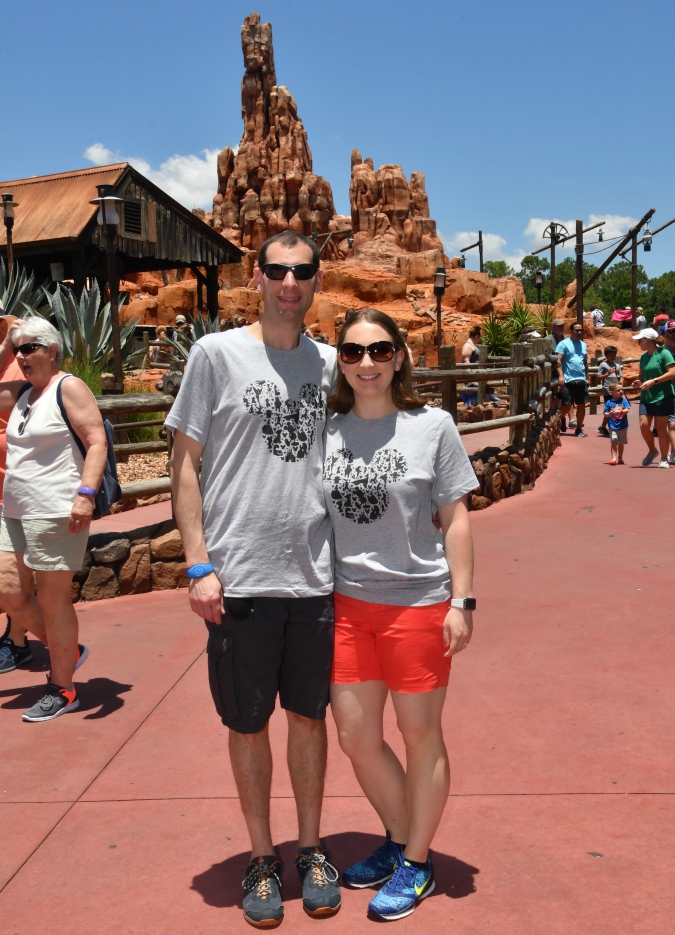 ^big thunder mountain roller coaster is so much fun and such a classic disney ride!^ 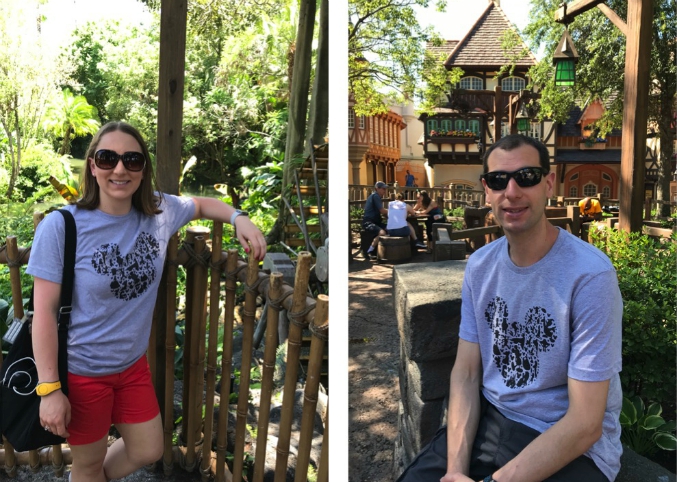 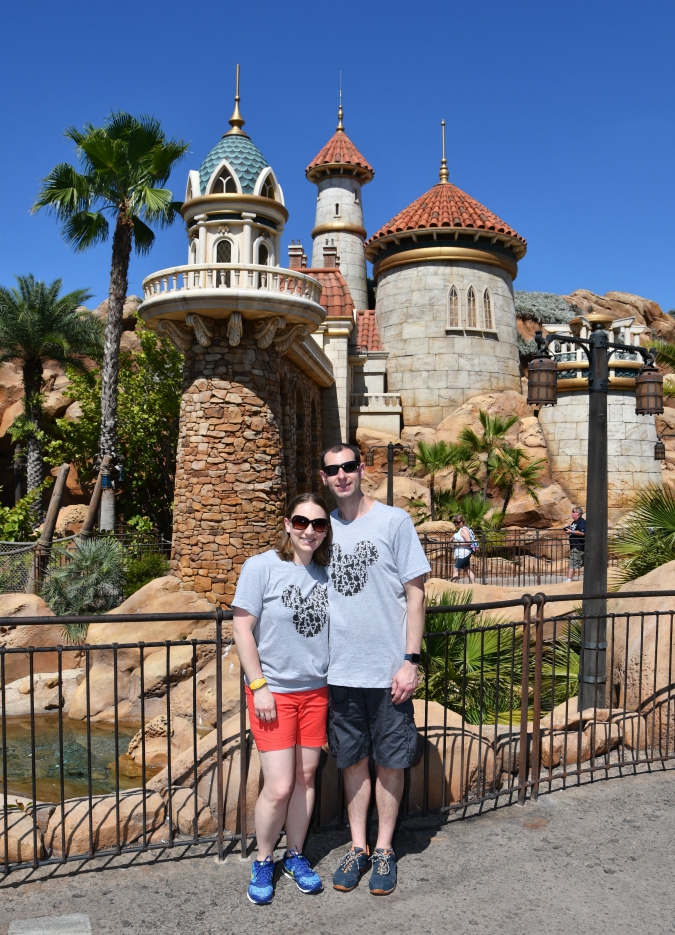 ^the outside of the little mermaid ride is themed to look like ariel's castle.^ 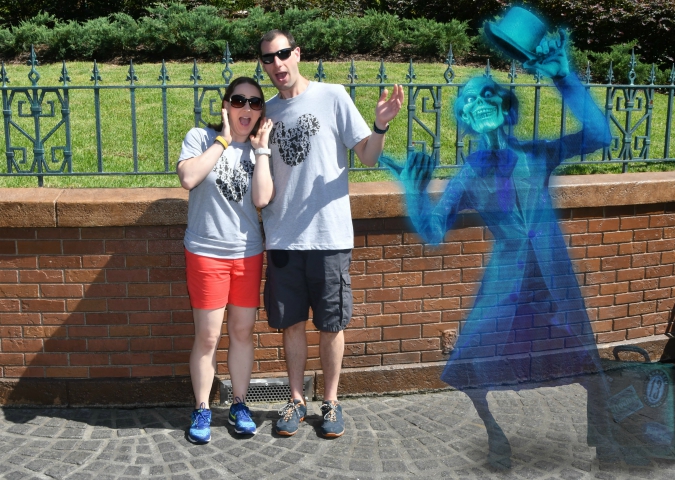 ^the haunted mansion is in my list of my top 5 favorite rides of all time.  it such a great ride and the photographers outside the ride ask you to stand there and "look scared" but you don't know what they're adding into your photo until later when you get to see it.  looks like we took a hitch-hiking ghost home with us!^ 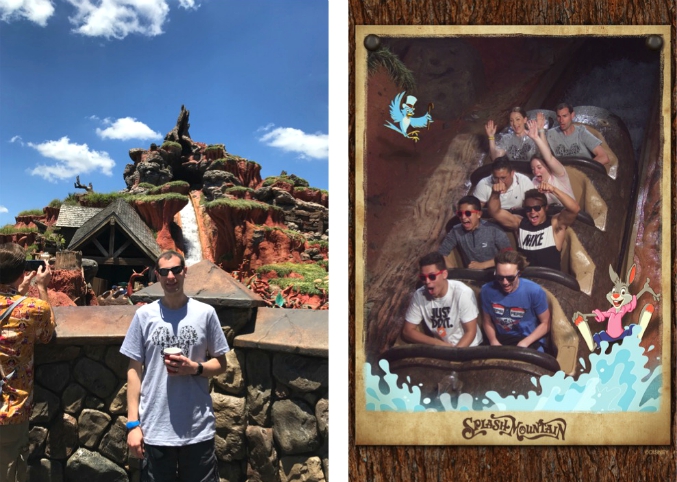 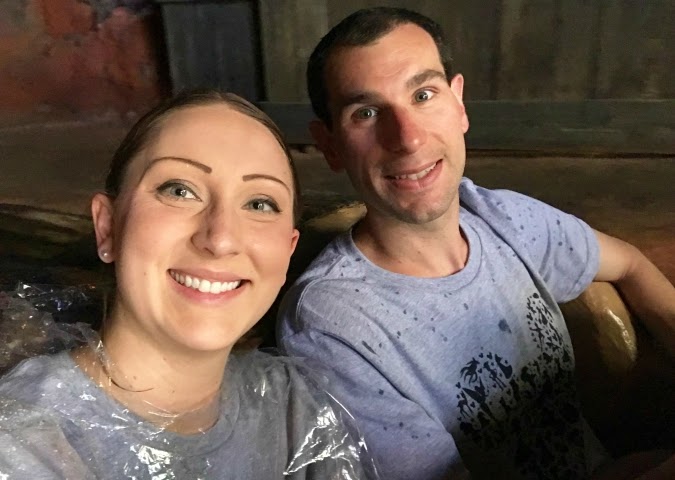 ^we ended up in the last row of splash mountain and i was glad that i brought a poncho with me from the dollar store so that i could keep my camera dry, especially when the geyser at the end landed right on my lap!^ 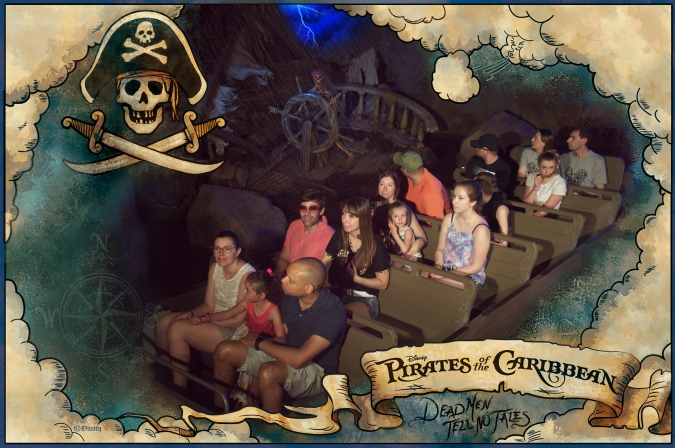 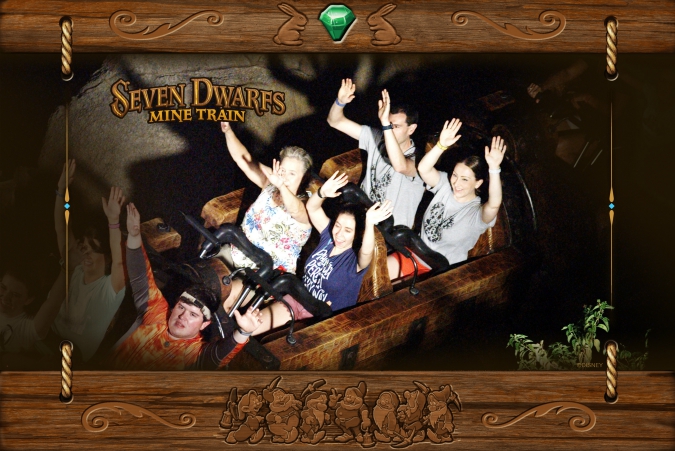 ^both pirates of the caribbean and seven dwarfs mine train are such great rides.  we rode both multiple times since we loved them so much!^ 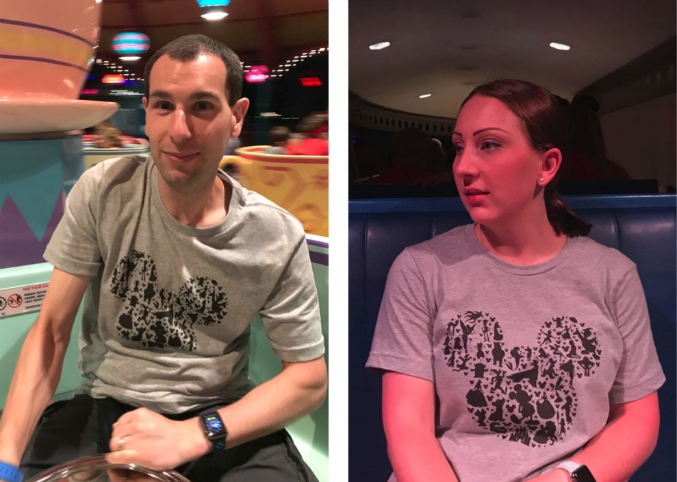 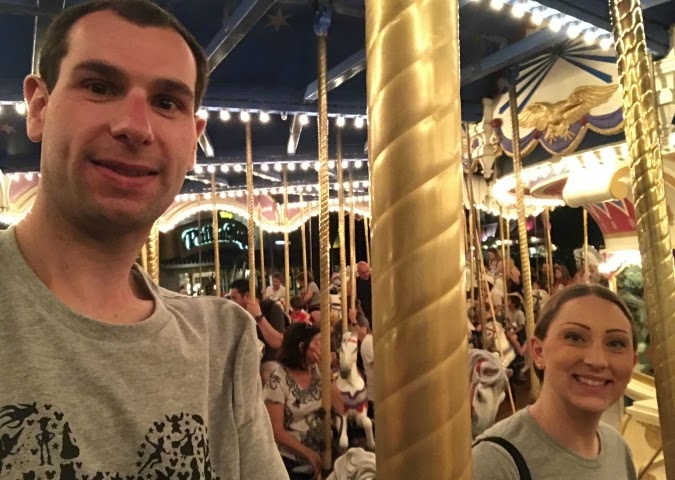 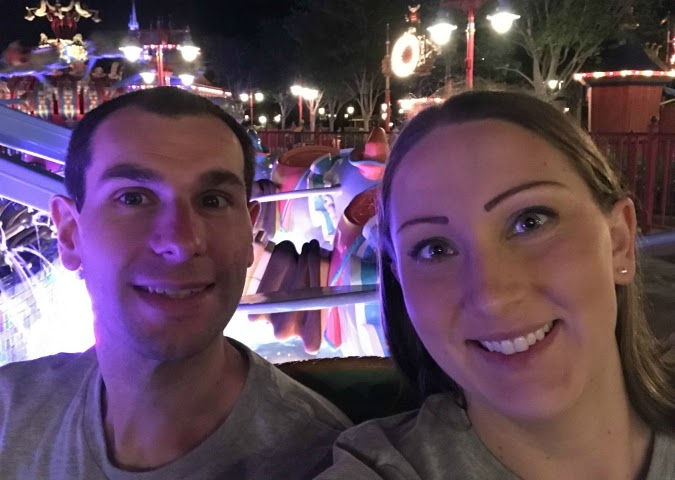 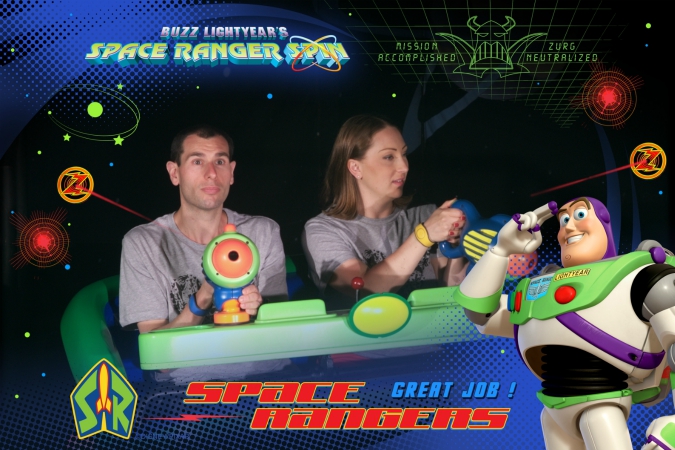 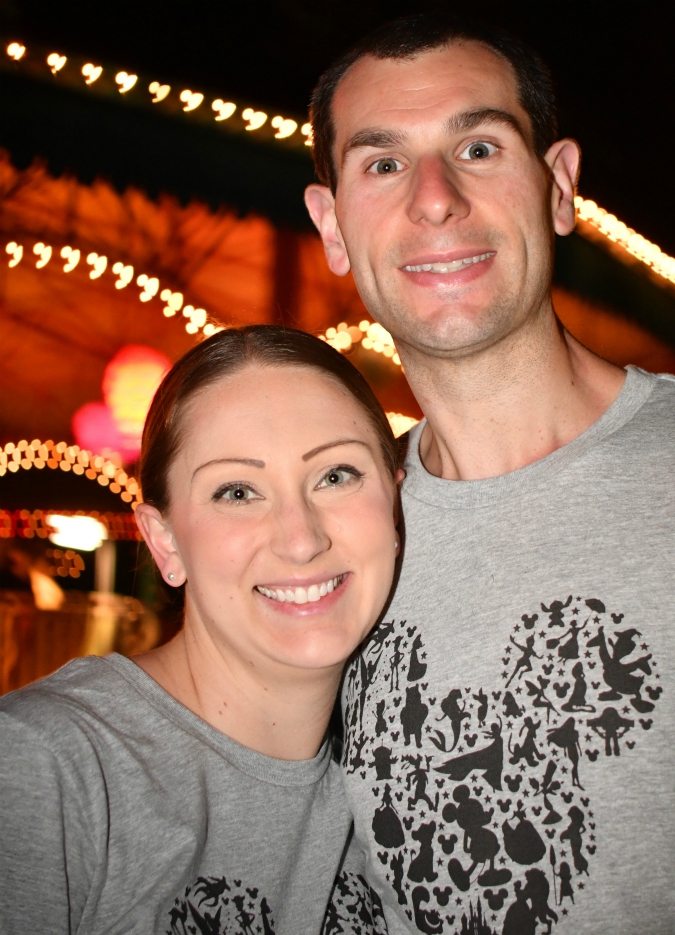 ^the lights of the carousel are so pretty at night, especially when the bokeh effect is hidden mickeys!^ 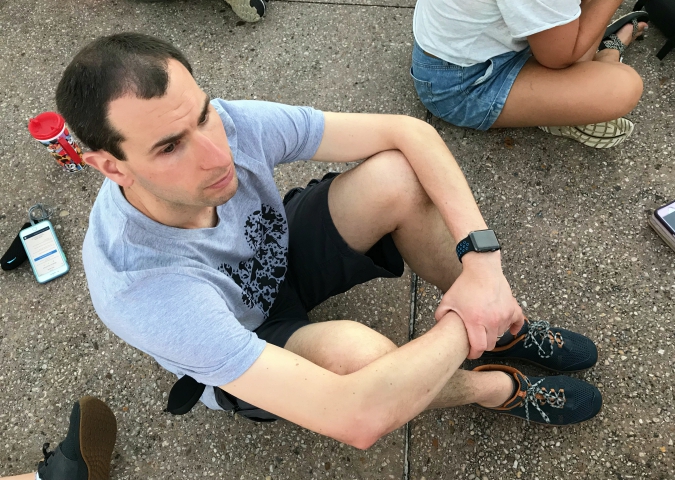 ^holding our spot for the fireworks show at the end of the night!  it's a commitment to save a spot!^ 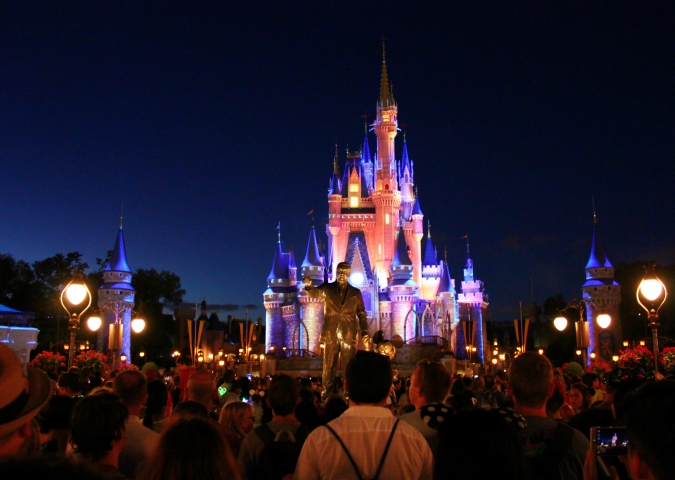 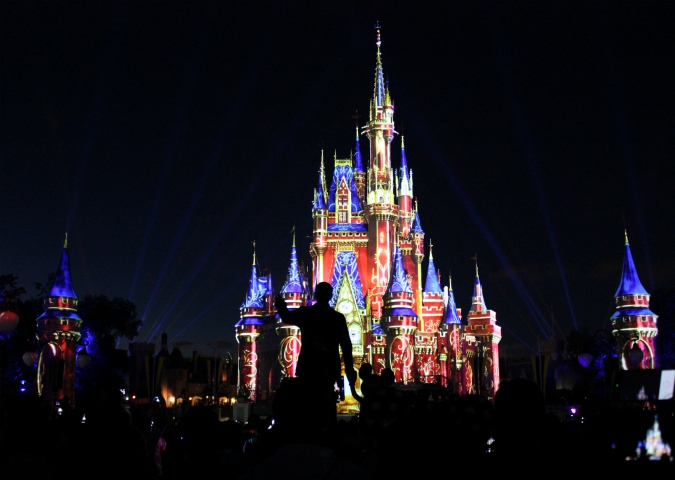 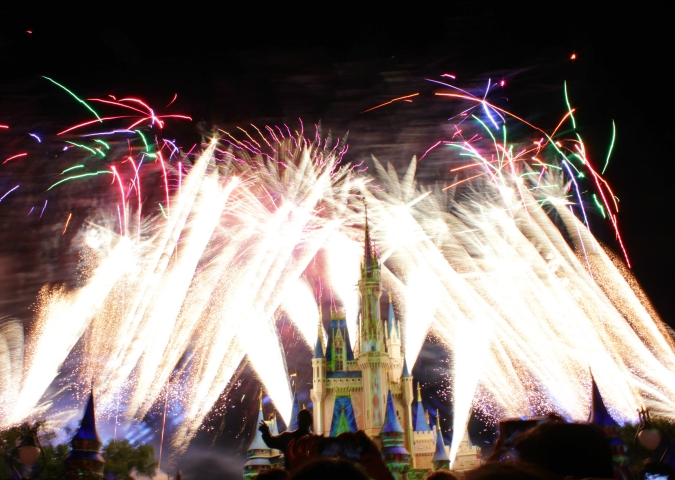 ^the new fireworks show features so many projections on cinderella's castle.  it's truly incredible what can be done with technology now.  that show was unlike anything we've every seen.  we just kept saying "wow" and "holy cow" and "oh my gosh, did you just see that?!"^ 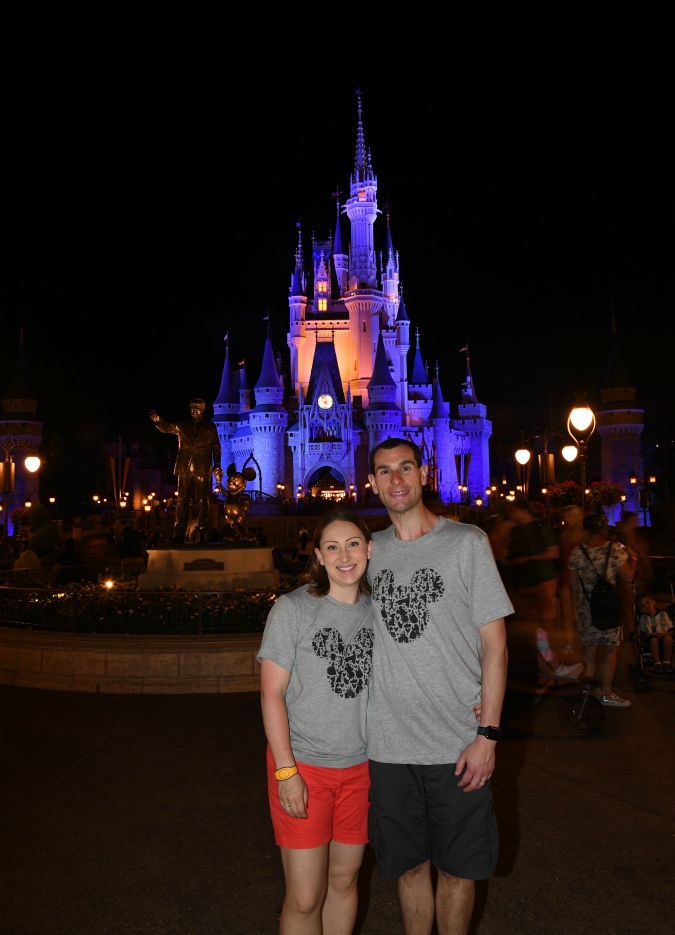 These are great photos! You made so many great memories on this trip. I'm happy that you had such a good time and great weather. I like those Mickey Mouse shirts.

Love the castle lit up in different colors and the shirts.