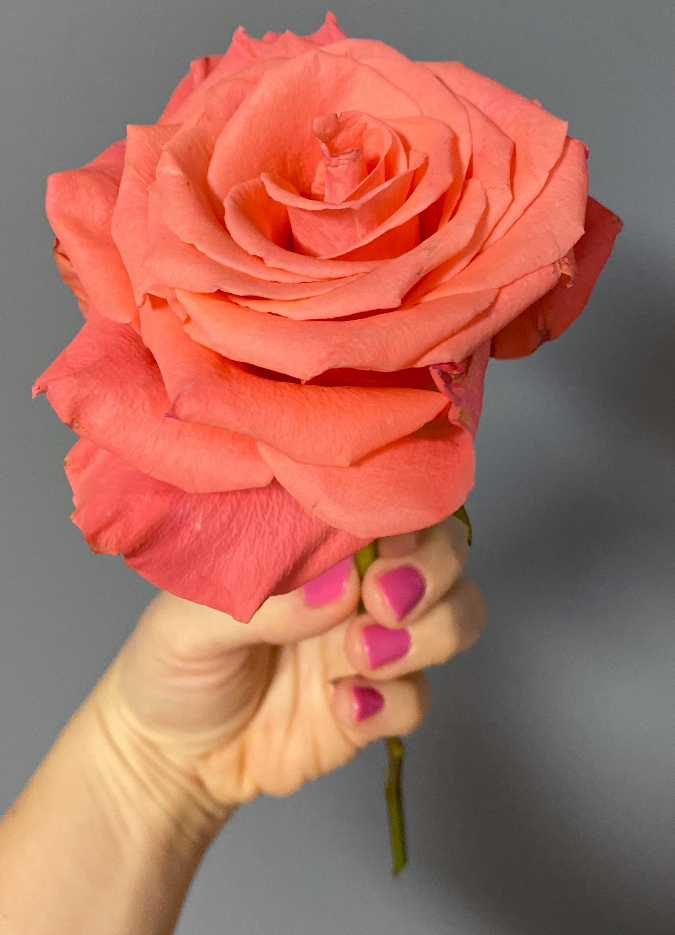 when ryan came home last night after working a several-day long event, he walked through the door with a box filled with roses!  they were used as centerpieces for the event tables, and the florist was throwing them out at the end of the night to only take the vases back to the floral shop.  once they realized that the flowers were being tossed, ryan and a few other staff members grabbed some to bring home.  ryan brought home three bunches from three centerpieces.  since they were cut short, we put them in a small container.  all together there are a little over three dozen roses and they are so pretty.  leko enjoyed smelling them too.  it was the end of the night but we had to snap a few pictures because they were so pretty! 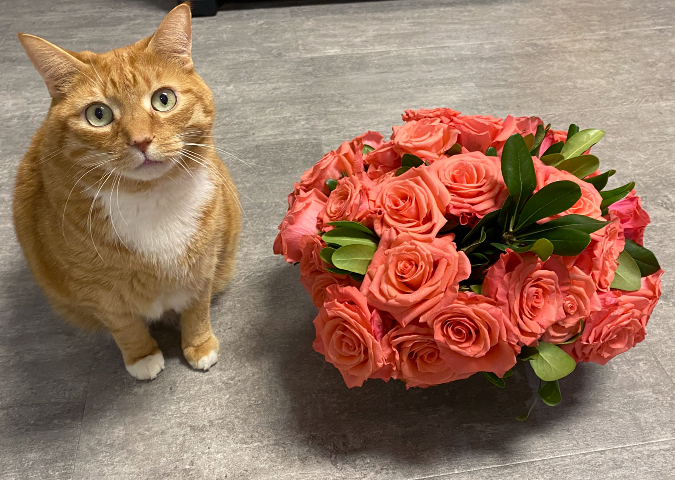 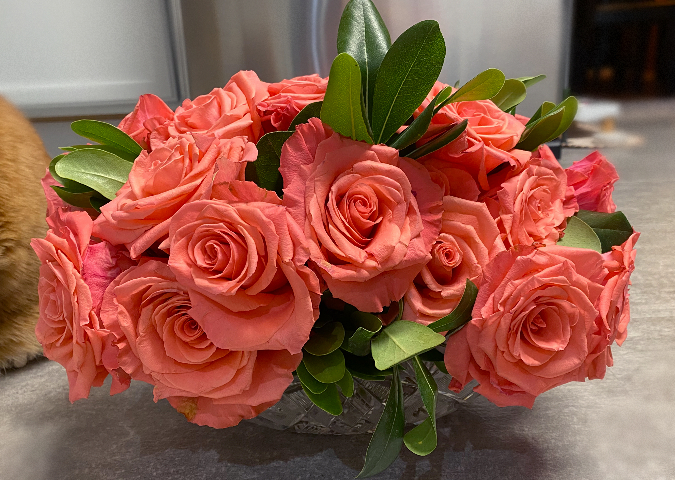 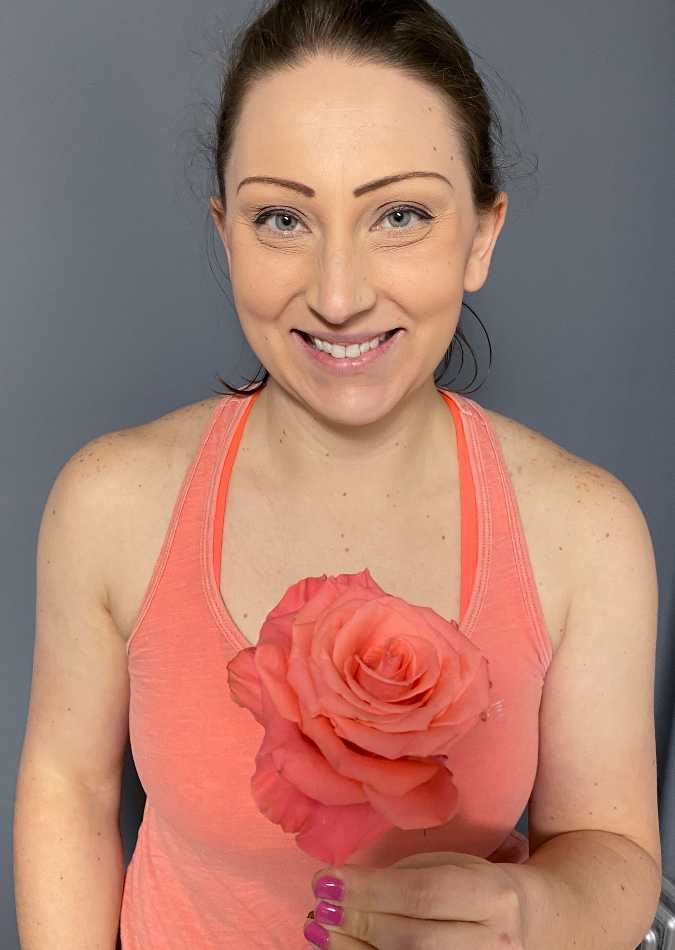 (i'm a hot mess because i had just gotten off the elliptical, but the flowers matched my outfit!)
love, laurie
Labels: flowers, leko

That was a nice surprise for you and Leko. The flowers are stunning and so big. I bet they smell good. I color is pretty and does match you top.

Wow, so pretty! I'm glad that not all of them got thrown away; they are too pretty to waste!