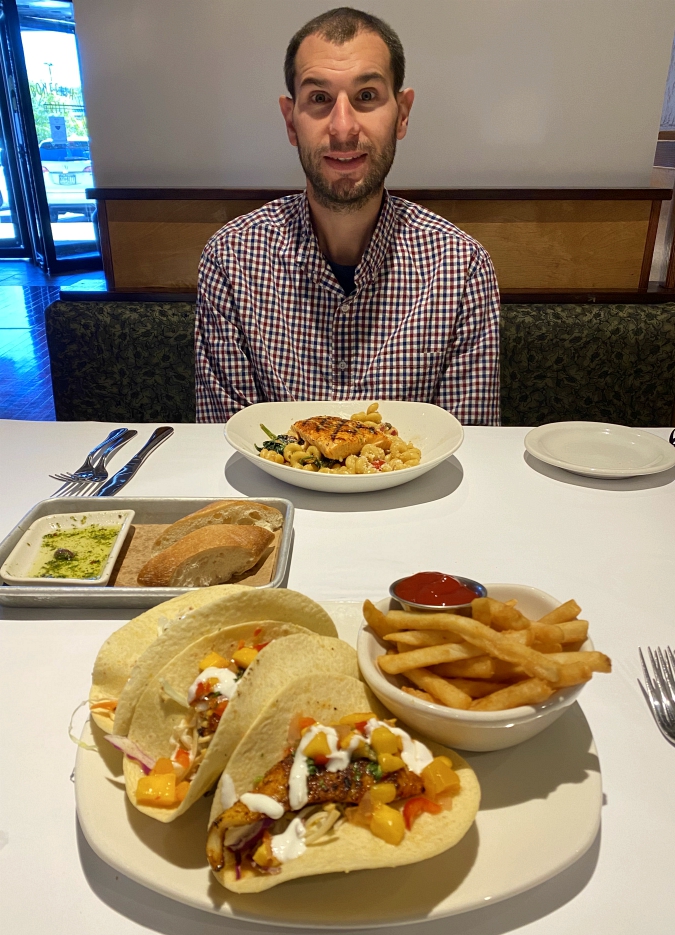 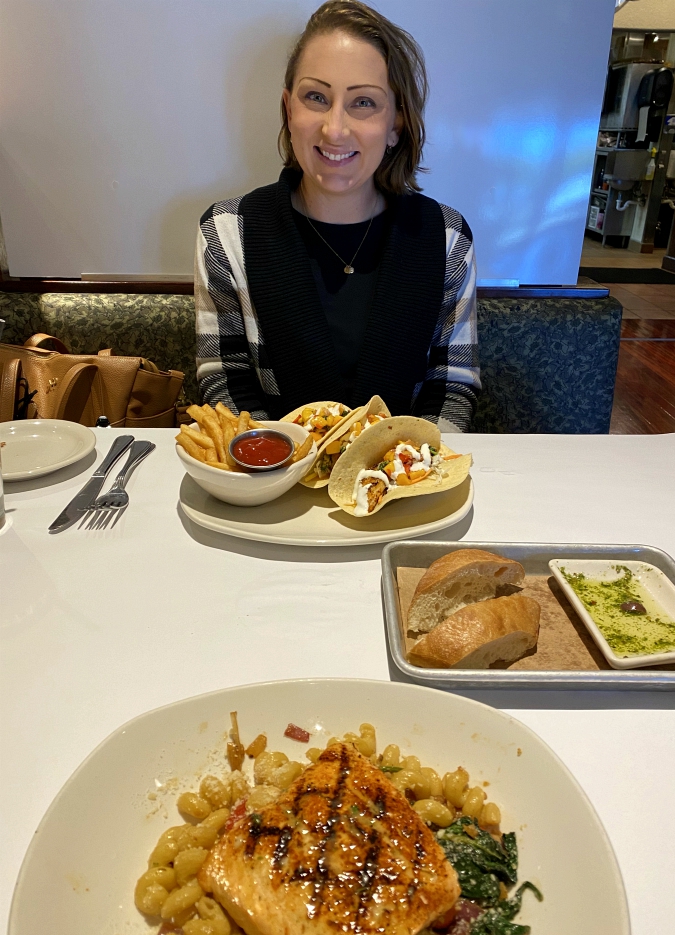 we started our weekend on friday by working the load out for the joe biden town hall event.  since the load in was so slow and took so long, we expected the load out to take forever.  we fully anticipated it running into the wee hours of saturday morning, so we were very pleasantly surprised when it finished up before dinner time on friday!  wahoo!

that meant we ended up with all day free on saturday.  it was such a nice treat to have the day off together, so we decided to take full advantage of it.  we kicked off the morning with apple pancakes in our pjs and then got dressed and took a drive down to the lehigh valley mall since we haven't been there in so long.  we got there around lunch time, so we started our afternoon down there by having lunch at bonefish grill.  it was really good!  after lunch, we walked around the mall and checked out some of the surrounding stores.  (there are a bunch of stores there that we don't have in our area.)

later in the evening, when we were headed home, ryan got a news alert on his phone that there were s.w.a.t. teams and police surrounding the mall because shots were fired inside the mall.  the whole mall was evacuated.  we were completely astonished that we had just been there shortly before the incident!  in fact, we had just walked past the store where the shots were fired!  talk about scary.  police are still trying to figure out what exactly happened, but luckily no one was injured.  thank goodness we had just left the mall before all of that happened!

it was a great day spent together and such a nice little way to escape from our crazy work schedules for the day!

You two sure deserve a get-a-way for how hard you work. Thank God you two left the mall before the incident. Someone was looking out for you guys. Thank all your angels.

We saw the alert on the phone about the problem at the mall, but we had no idea that you had just been there! That was a scary situation for everyone there, and we are so glad that you left before it happened!