a trip to nyc for ryan's birthday 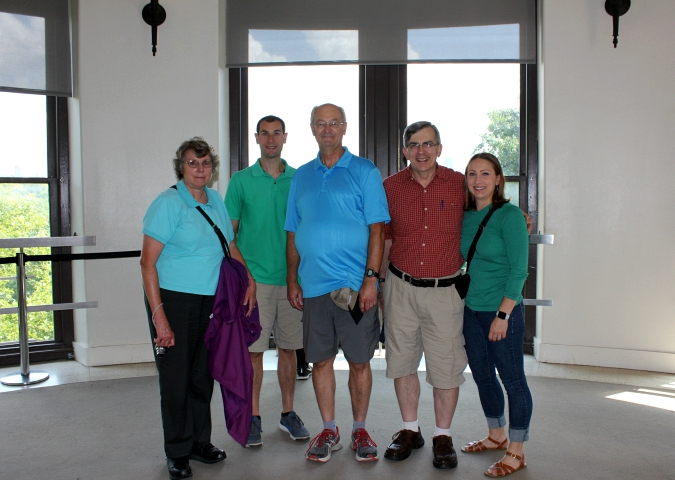 ryan's birthday was tuesday and we had a hard time deciding how to celebrate his birthday because the weather forecast called for rain all day long after what has felt like 40 days and 40 nights of rain.  originally, we thought about going to an amusement park, but decided to take a rain check and plan an indoor activity instead.

we decided to head to nyc for the day and were thrilled that our parents were able to join us!  we took the bus into the city and spent a majority of the day exploring the museum of natural history.  (it's hard to believe that it has been 6 years since ryan and i were last at the museum.)  we took a break from exploring for lunch at cafe lalo (which was a huge disappointment btw) and then had dinner at jacob's pickles after the museum closed (luckily our dinner experience was much, much better than lunch).  on our way back to the bus station, we popped in levain bakery to pick up cookies to take home for the birthday boy and also made a quick stop at sprinkles to pick up a cupcake for the birthday boy too.

it was a fun way to spend ryan's birthday all together in nyc.  a few pictures from the day . . . 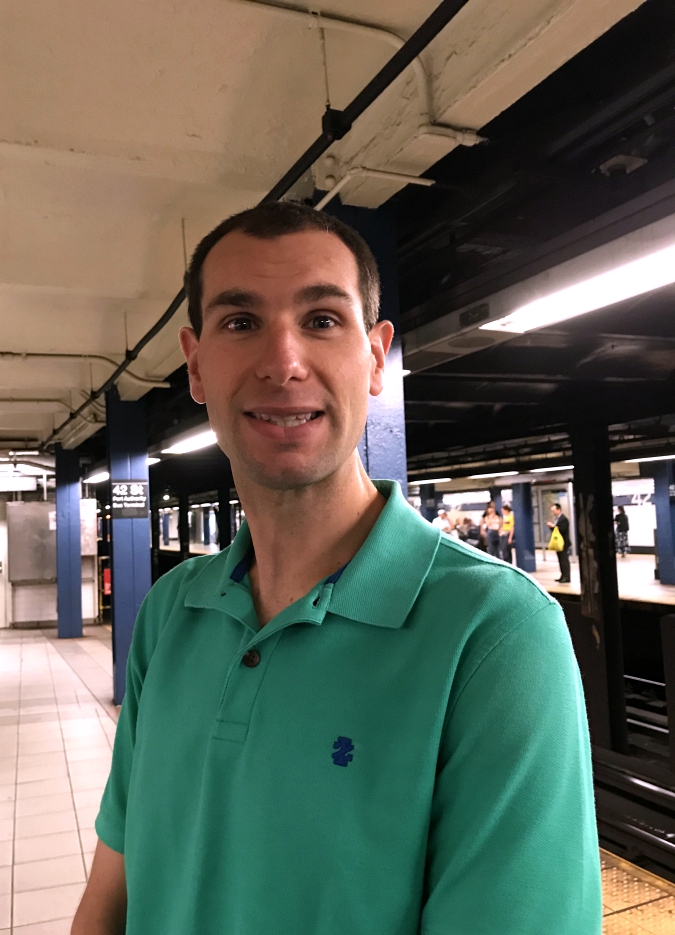 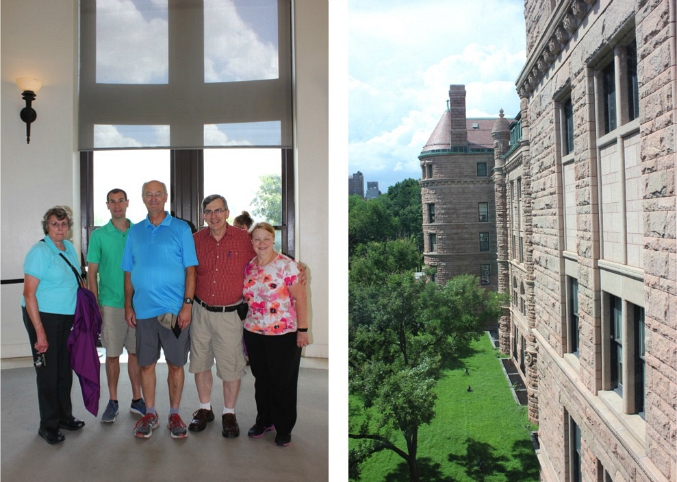 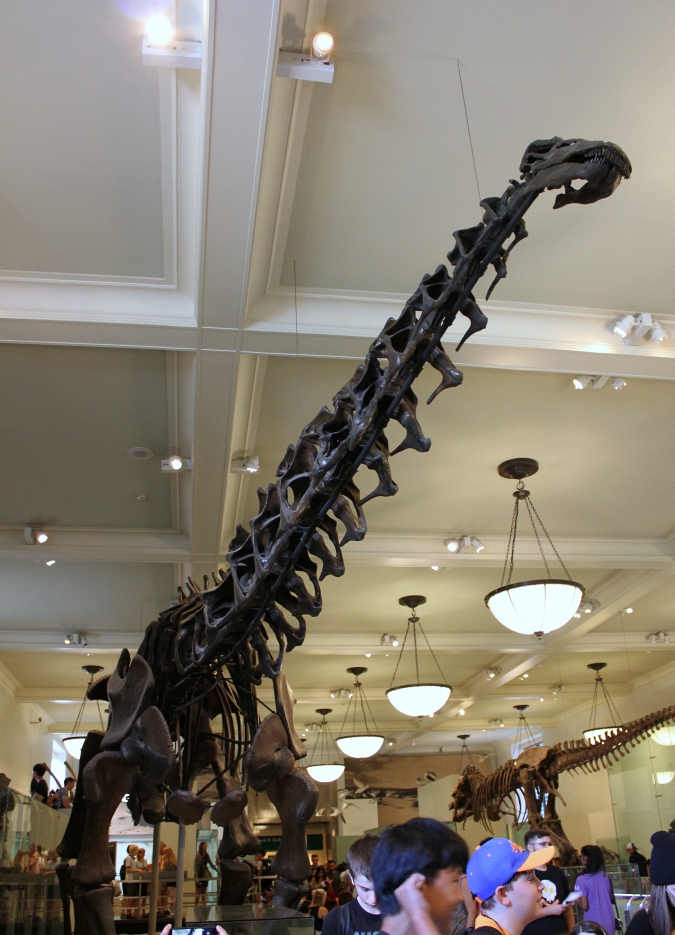 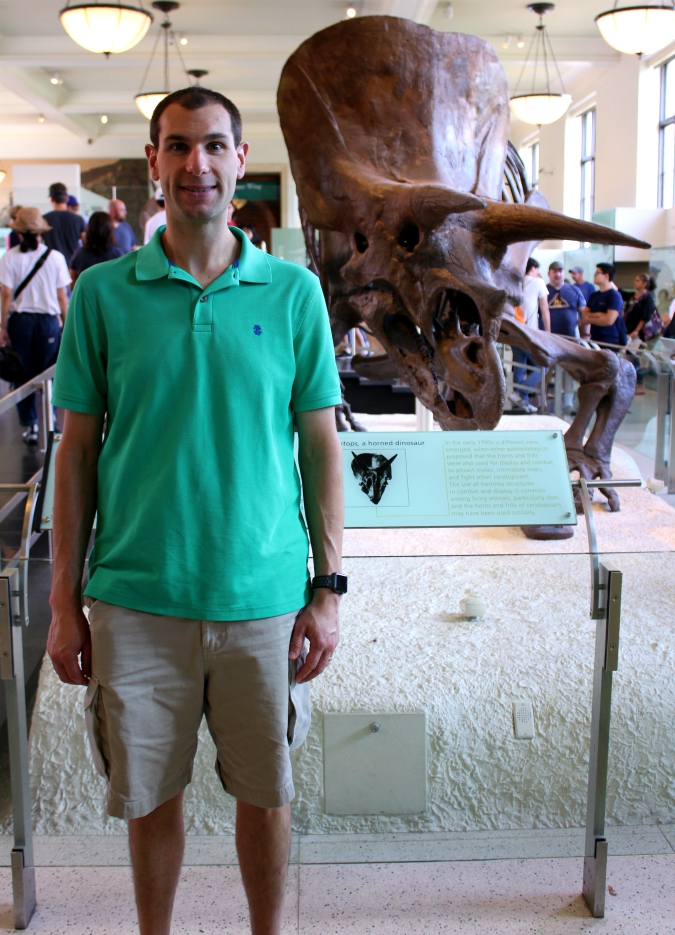 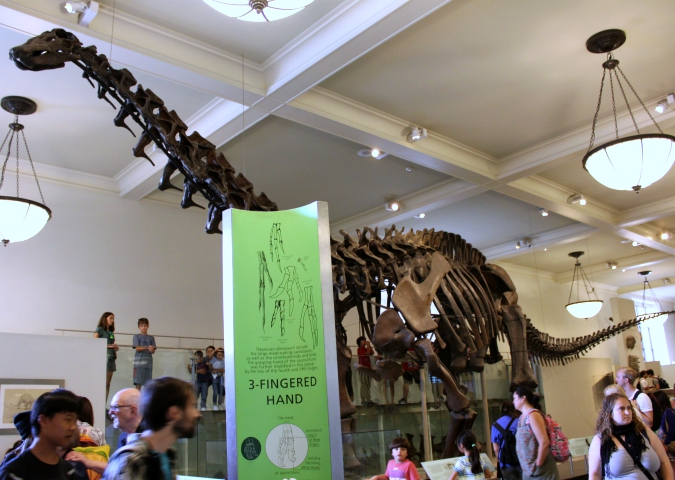 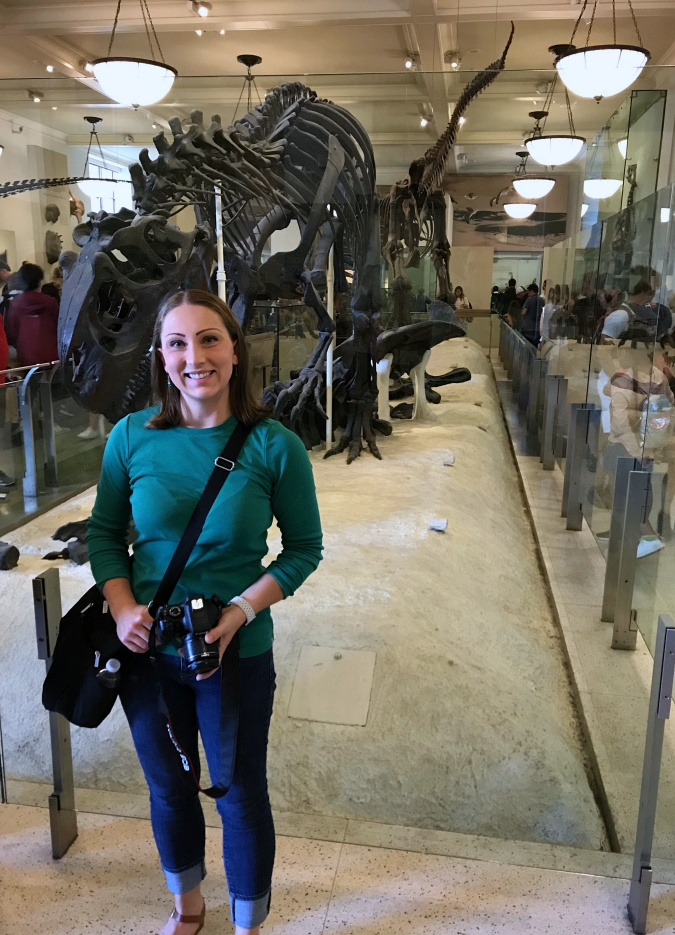 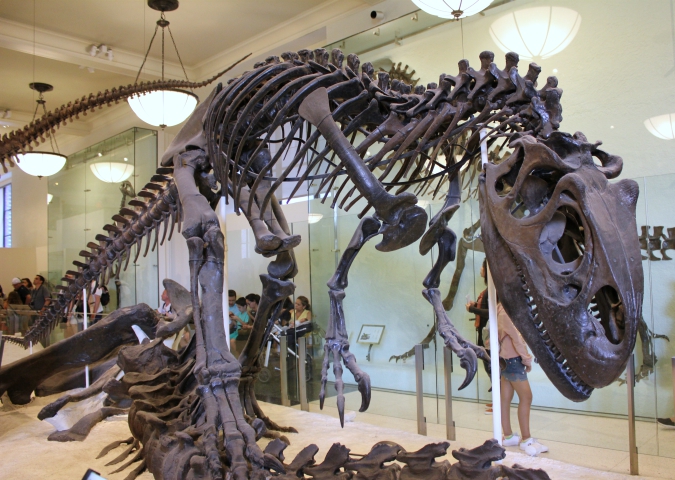 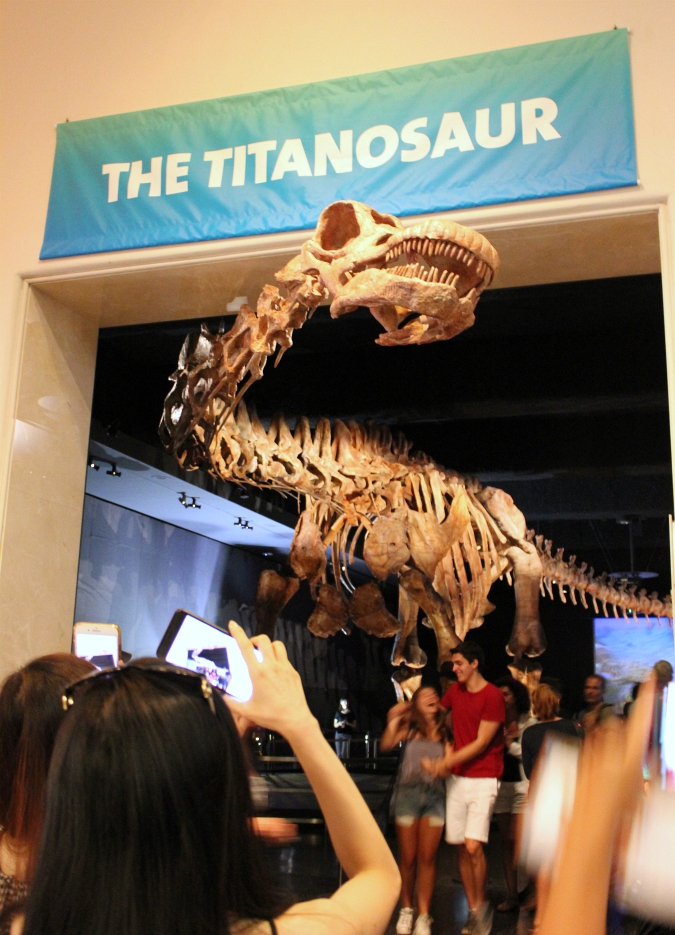 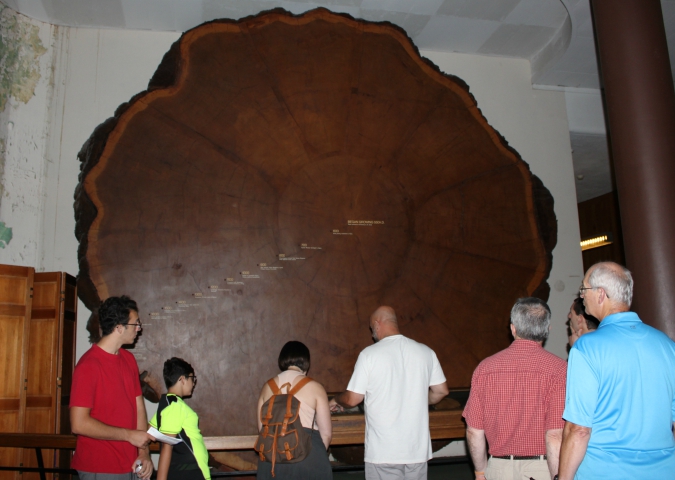 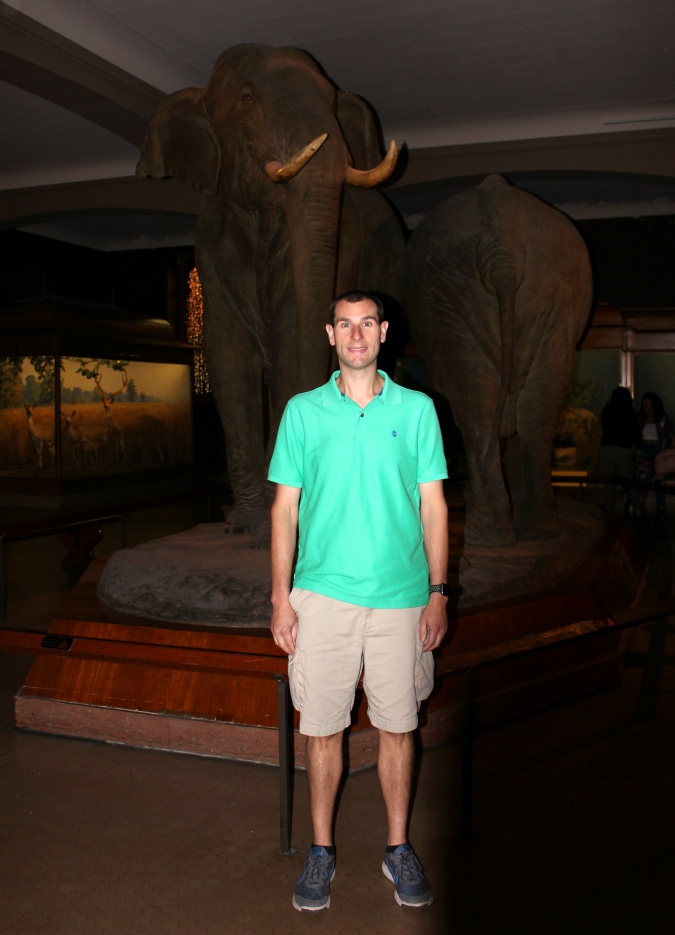 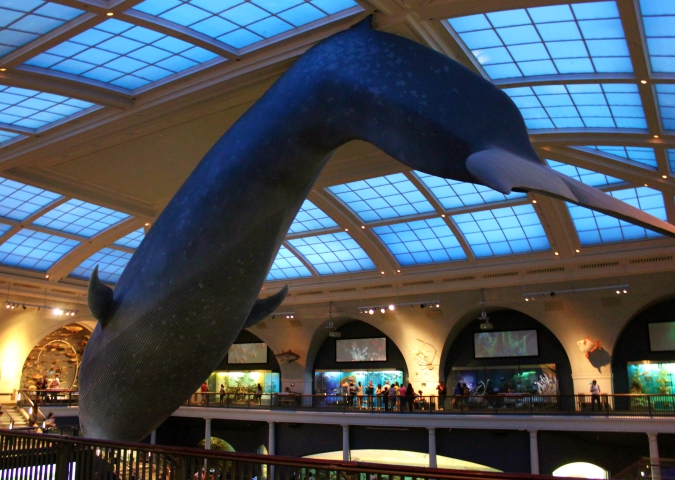 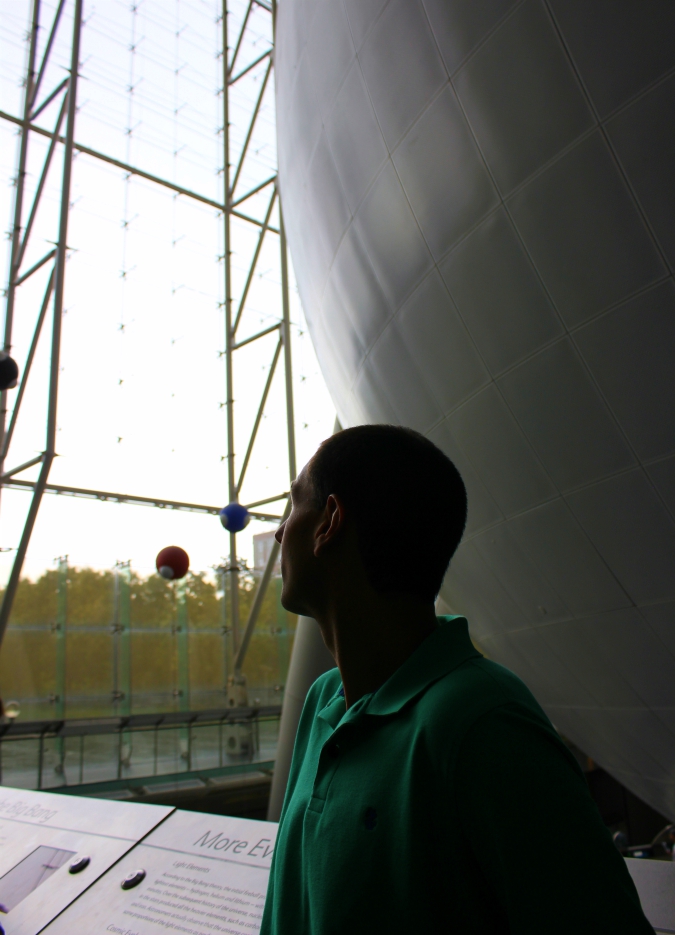 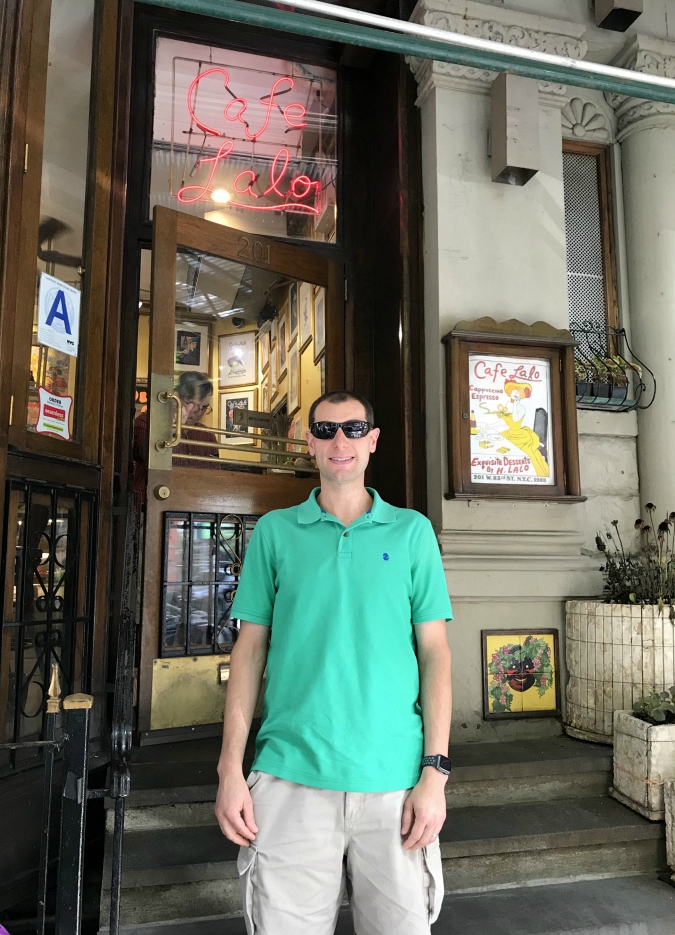 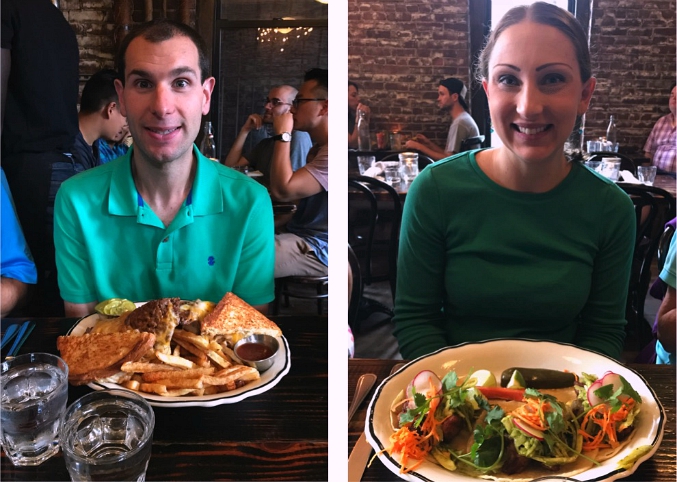 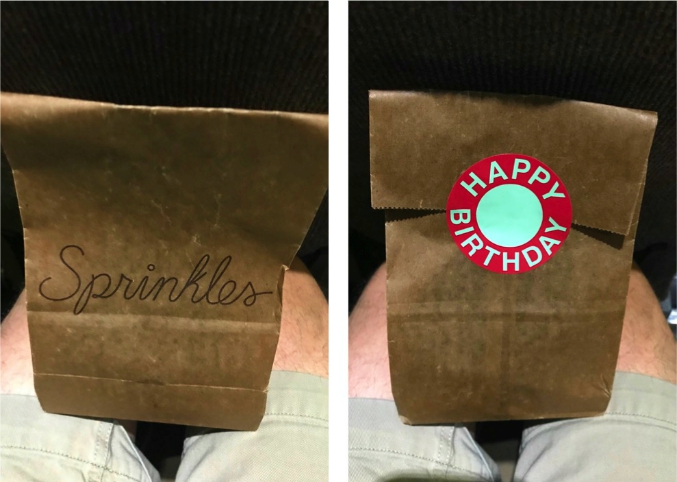 There was so much to see in the museum. It is hard to imagine how big those dinosaurs were until you actually stand next to the skeletons! Whew, the one didn't even entirely fit into the huge room.

We had a great time. We have wanted to visit that museum for many years, glad we had the opportunity to do so. It is hard to believe that some of the exhibits are over millions of years old. The food was great too at the two restaurants. We were happy to spend Ryan's day with him.