tales from the campaign trail

since tuesday when i announced that leko decided to run for president, we have received so much positive feedback, it has been crazy.  everyone is in full support of our furry five year old running the country.  so far we have 14 votes (9 human and 5 feline).  i have to say, i'm a very proud mama!

ryan's aunt sandy and uncle ed even printed out leko's campaign sign, laminated it, and posted it in their front yard!!!  i just about fell off my chair when i opened the email from them with this picture that they took of the sign in their front yard.  literally, i was laughing so hard i started crying.  by far this was the best thing i saw all week . . . 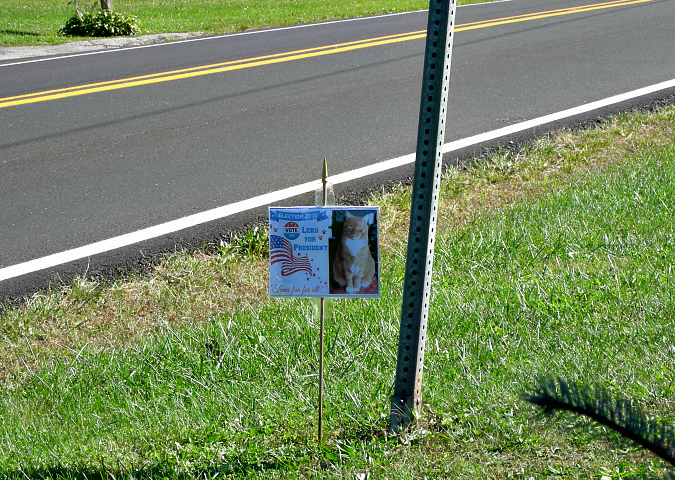 we told leko all about it when we got home that night.  his response you ask?  better to show you than to tell you . . . 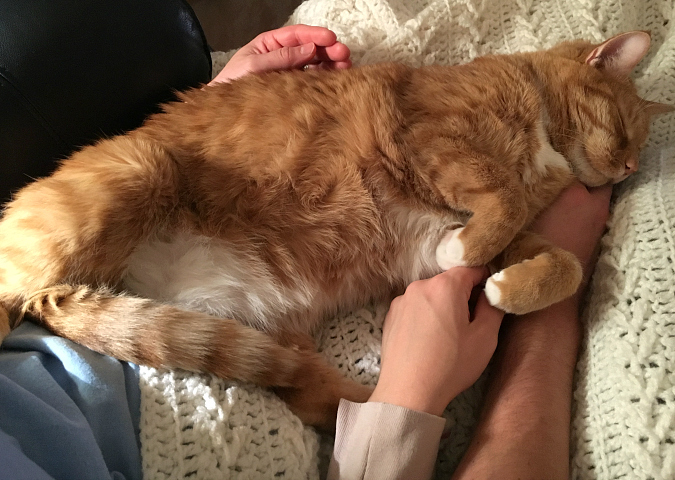 he told me that life on the campaign trail is hard and he needs all of the beauty sleep he can get so that he looks gorgeous on tv.  he started by curling up on ryan's lap and passing out for a long slumber as ryan was sitting on the couch watching tv.  i mean, just look at that face.  that right there is the face of the next president of this country.  currently, he is deciding on which dollar bill his face would look best.  he's thinking that the 1 million dollar bill would be best suited for him. 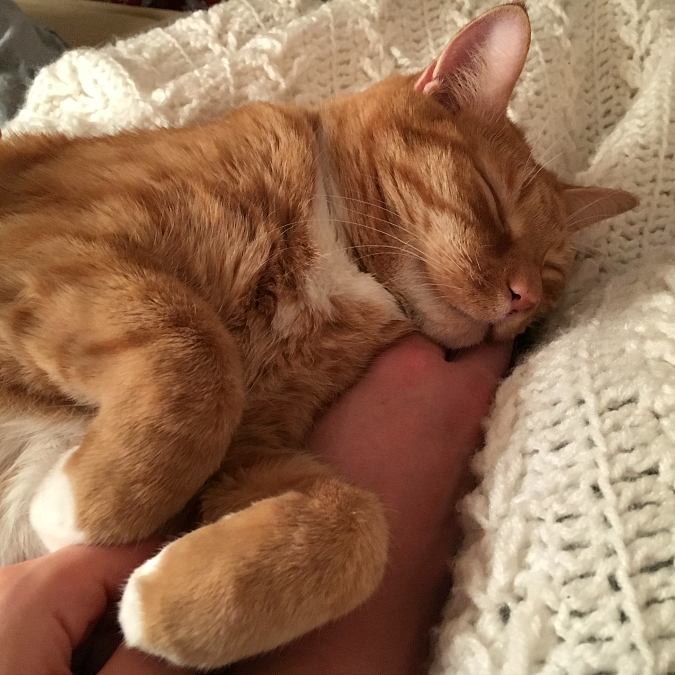 oh, this kitten sure keeps us laughing!  he has recruited sandy and ed's cat "miss kitty" to help run his campaign.  he has also recruited 4 local kitties who live in our neighborhood to help spread the word as well.  thank goodness it's friday, it sure has been an exhausting week!

Well he definitely has grandma and grandpas vote and the triples. I think if he becomes president he will make nap time in the afternoon mandatory. I sure can go for that.

You can add votes from Ginger and Pepper as well! I'm glad to see that Leko is saving up his energy for the tough job ahead of him! Campaigning can be exhausting!