a fun sunday date together! 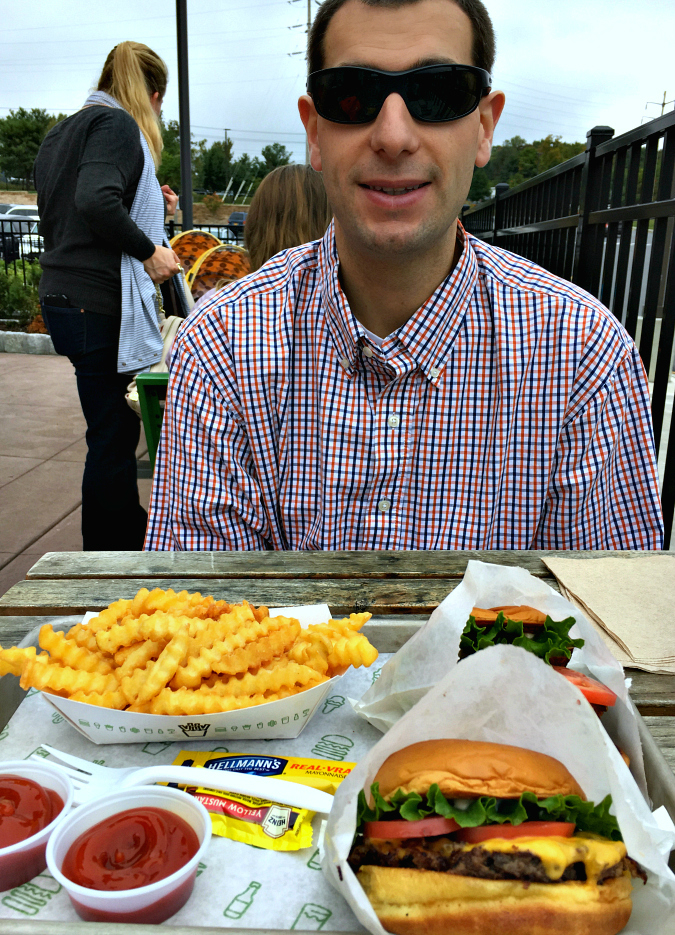 the past few weeks have been crazy, busy, and stressful.  even though ryan and i see each other all the time (work, home, commuting, etc.) we haven't had any free time to actually spend quality time together, and there certainly hasn't been any time available to go on a date of any kind.

this weekend, we woke up on sunday morning with nothing to do and nowhere to go.  it was like the planets aligned for our schedules to actually be free!  the weather was iffy (overcast all day with on-and-off showers) but we didn't care.  we decided to make the most of our free time and enjoy the day together, just the two of us.

a local fire house was holding a breakfast fundraiser event so we kicked off our sunday morning bright and early by heading over to the fire house for breakfast.  it was so nice and we really enjoyed it, especially since it was for a good cause and since we haven't been able to go out to breakfast together in months.

after fueling up with a big breakfast, we hit the road and drove 90 minutes to the woodbury common outlets in new york.  we really don't consider ourselves shoppers and we hate outlet mall crowds, but ryan was desperately in need of a new pair of dress shoes for work and i was desperately in need of a new pair of sneakers.  we also had been wanting to visit a few of the stores that are there which we can't find anywhere else.  we've visited woodbury commons twice before, but it was over a year ago since we were there last.  it has been on our list of places to go back to for a while, but it really requires a whole day free, so sunday was perfect.

our trip was a success.  we both found new shoes (with really great sales and coupons too)!  while we were walking around (that place really is humongous) ryan noticed that they added a shake shack since the last time we were there.  we were starving, so we popped in for a bite to eat.  i loved shake shack before i was a vegetarian, but haven't been back to a shake shack for several years because they never used to have any meatless options, other than fries.  so, i was thrilled to see that they now have a portobello mushroom burger on their menu.  thanks, shake shake, for making me one very happy vegetarian yesterday!

as we were getting ready to leave, we noticed a lot of folks walking around with magnolia bakery bags.  we had no idea that woodbury commons added a magnolia bakery too since the last time we were there, so we popped in and picked up a pumpkin spice cupcake to take home with us as a treat.  we had to laugh because people kept walking in while we were waiting in line wondering why it was so crowded, why the line was so long, and what all the fuss was about.  ryan looked over at me and said, "clearly these people have never been to any of the magolias in nyc before!"  it's true, this was the largest magnolia we have seen by far and the most organized (and we've been to many locations)!

we were also pleasantly surprised to find that they added a le pain quotidien at the outlets.  ryan and i each had coupons on our le pain apps for free coffees and we were assuming that they were going to go to waste since they were expiring in 2 days and we knew we wouldn't be in nyc, so we were really excited to see that we could use them!  we picked up our free coffees for the ride home.

overall, we had a great sunday.  our little day trip to upstate new york turned out to feel like a mini trip to nyc because we found 3 of our favorite nyc spots right there at woodbury commons!  it was such a nice surprise.  we got a lot of exercise too because we ended up walking around the outlets for 6.5 hours!!!  we actually had no intention of being there that long, but that place really is huge, you kind of get lost.  believe it or not, even after all that time we only went in a small percentage of the stores that are there.  mainly, sunday was so great because we were able to spend time together and to be able to enjoy each other's company (especially 3 hours round trip in the car).  we get so busy that it's so important to remember to take a little time together to unplug from everything else and recharge together. 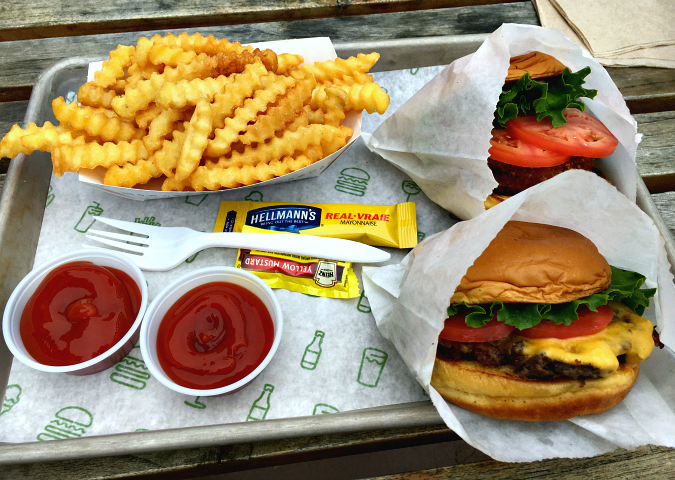 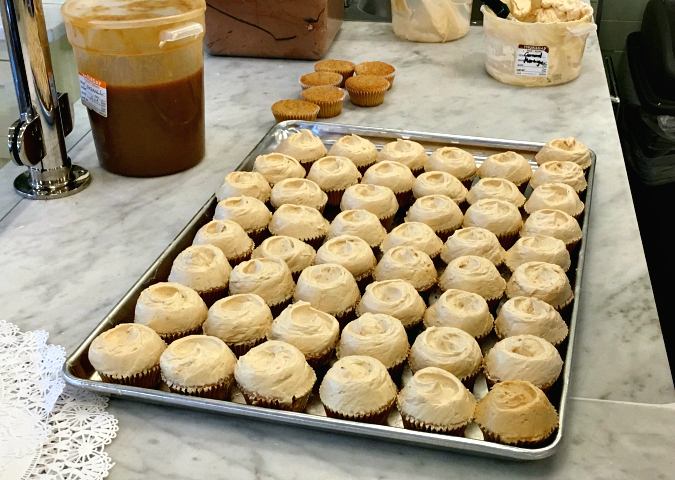 The food is making me hungry. Looks delicious.