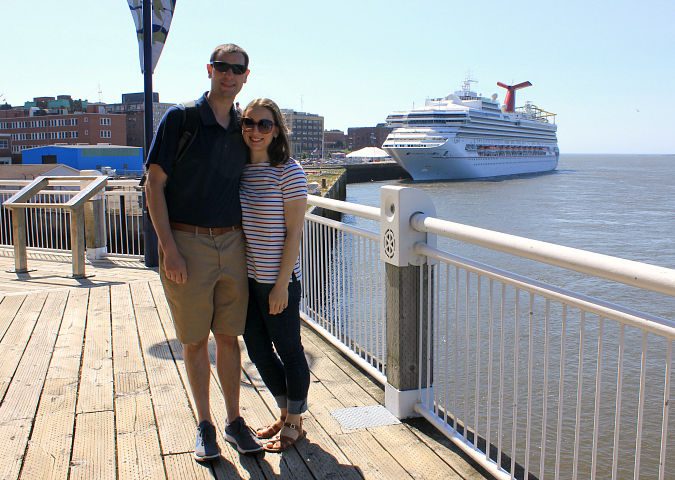 our first port of call on our cruise to canada was saint john, new brunswick.  when we arrived in saint john we had some free time in the morning to walk around the city.  we walked down by the water, around the town, through the marketplace, and through a few public parks too.

after grabbing a bite to eat for lunch, we traveled via bus to the bay of fundy and the fishing village of st. martins.  the bay of fundy beach is rocky and beautiful.  we were there at low tide, which meant that the st. martins' sea caves were visible.  (if we were there during high tide, the caves would have been hidden by the water.)  the sea caves are situated under the cliffs and have been carved out by the pounding tides.  after exploring the beach and the caves, we visited the harbor area of the fishing village.  it was so picturesque with its lighthouse, lobster traps, fishing boats, and two covered bridges.  the whole area was so charming and quaint!  here are a few pictures from our day in saint john, new brunswick . . . 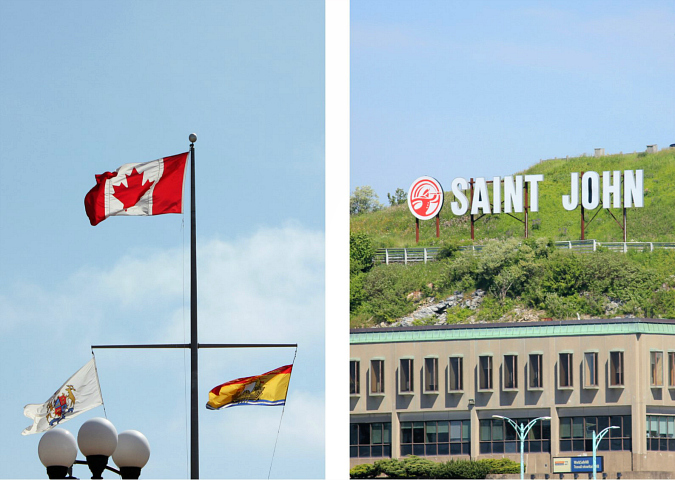 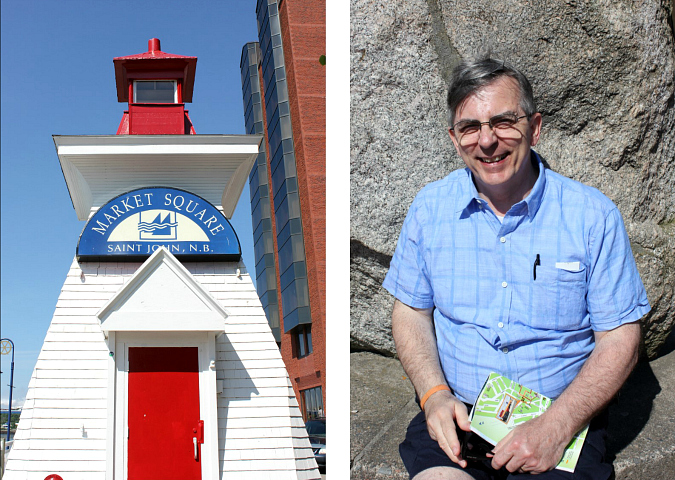 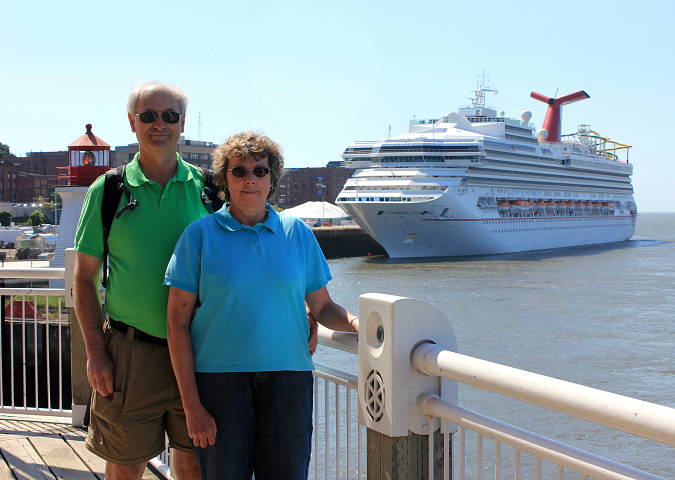 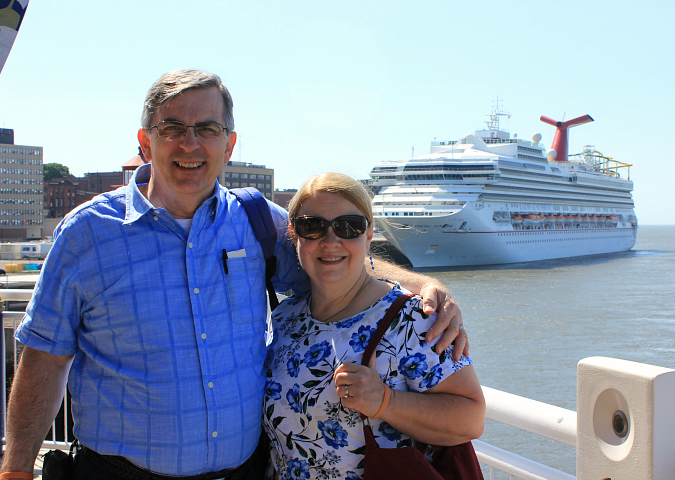 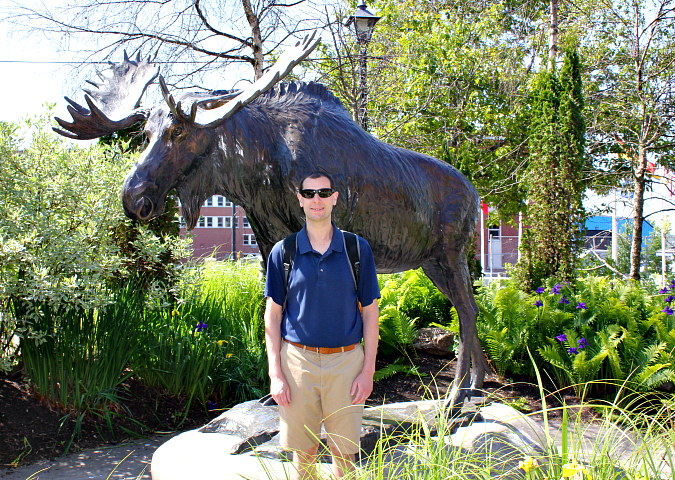 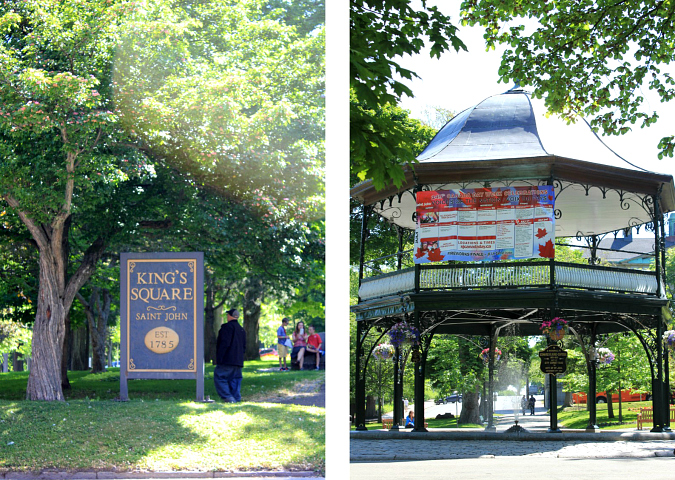 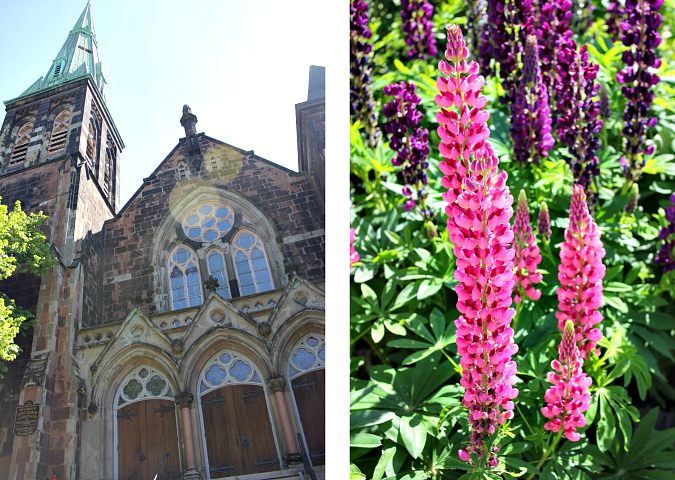 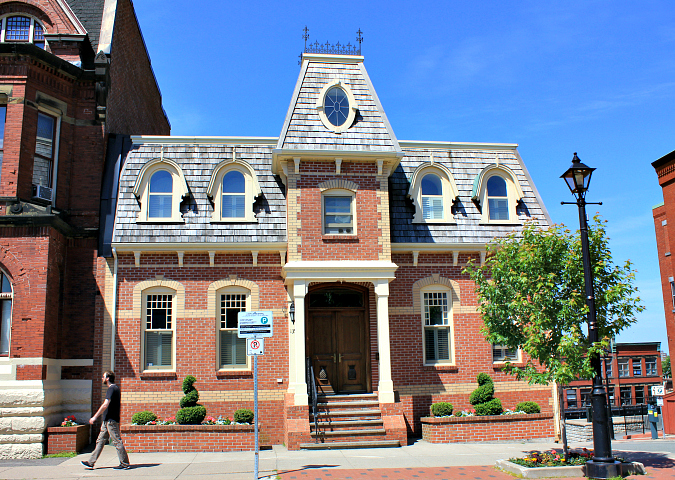 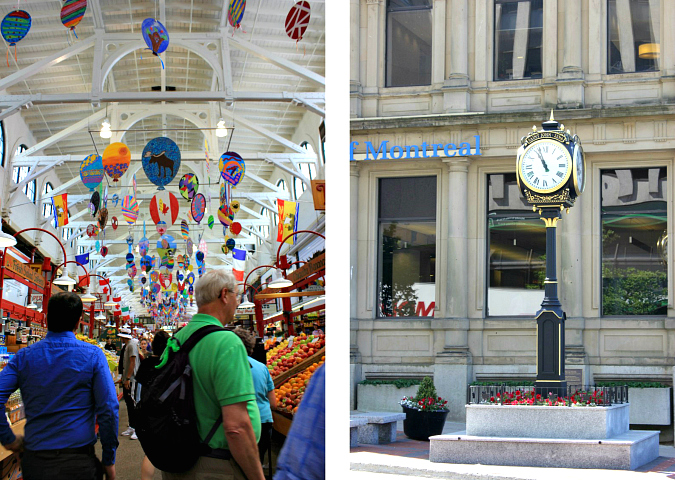 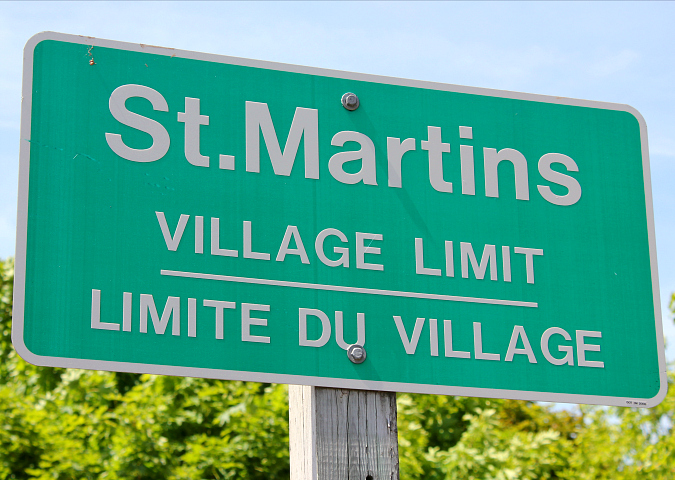 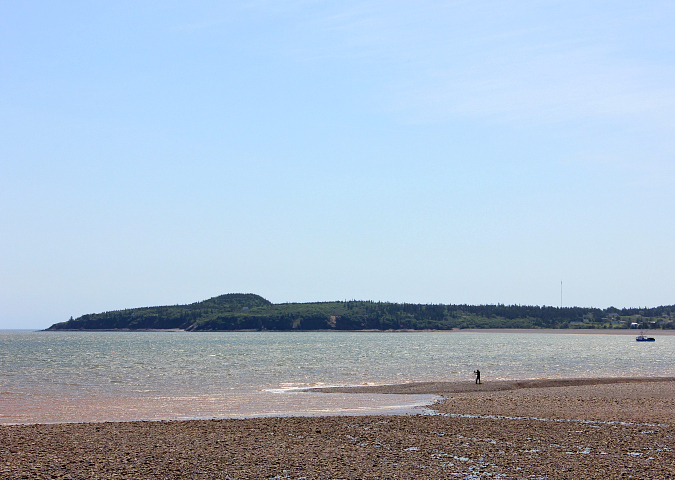 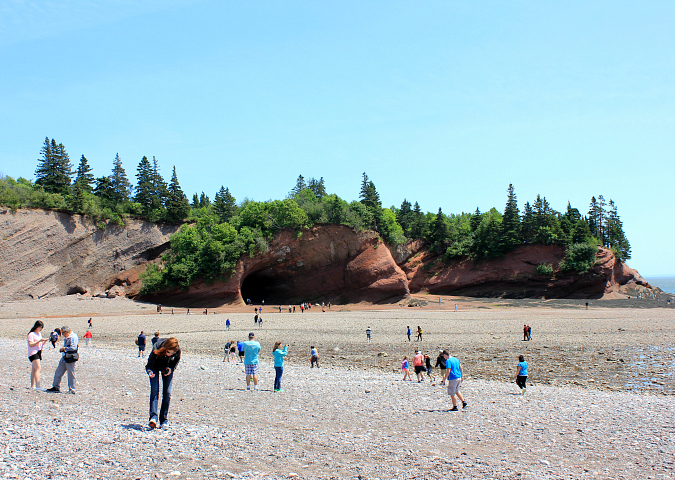 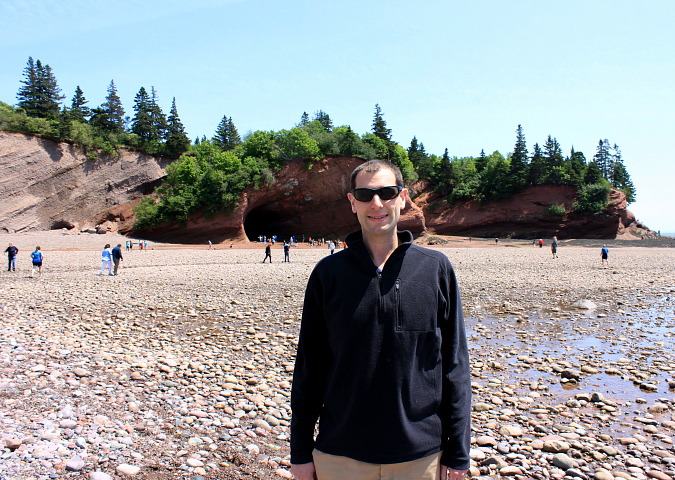 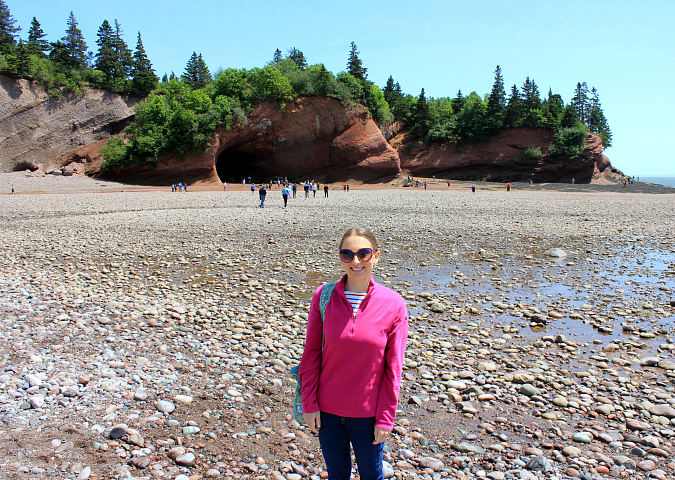 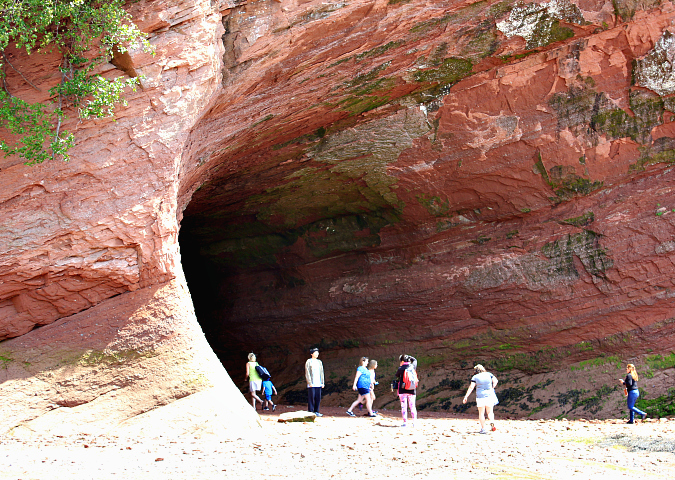 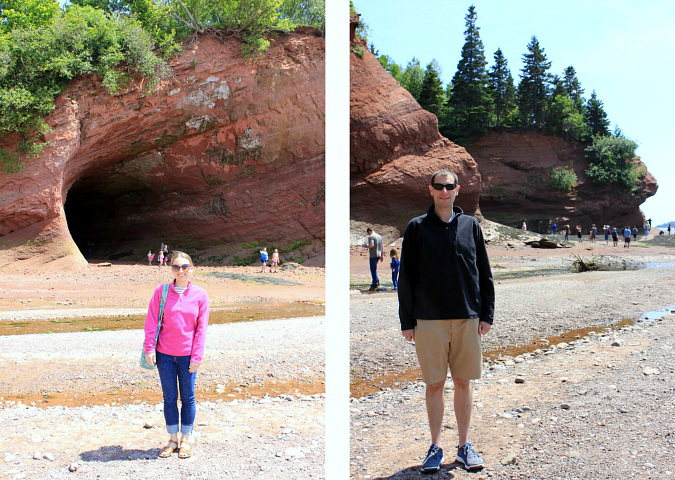 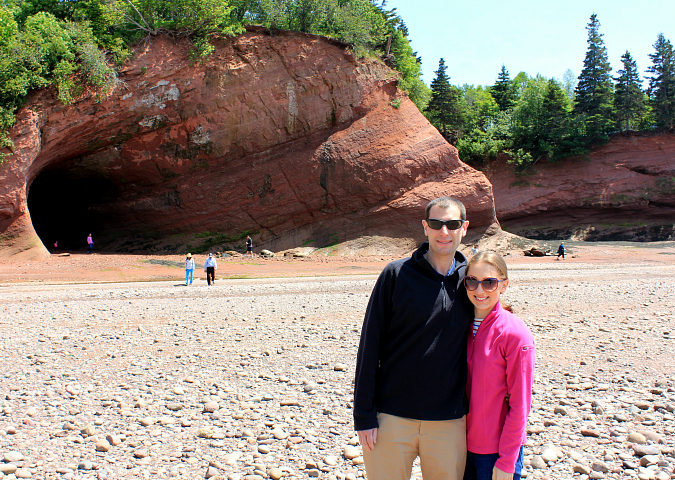 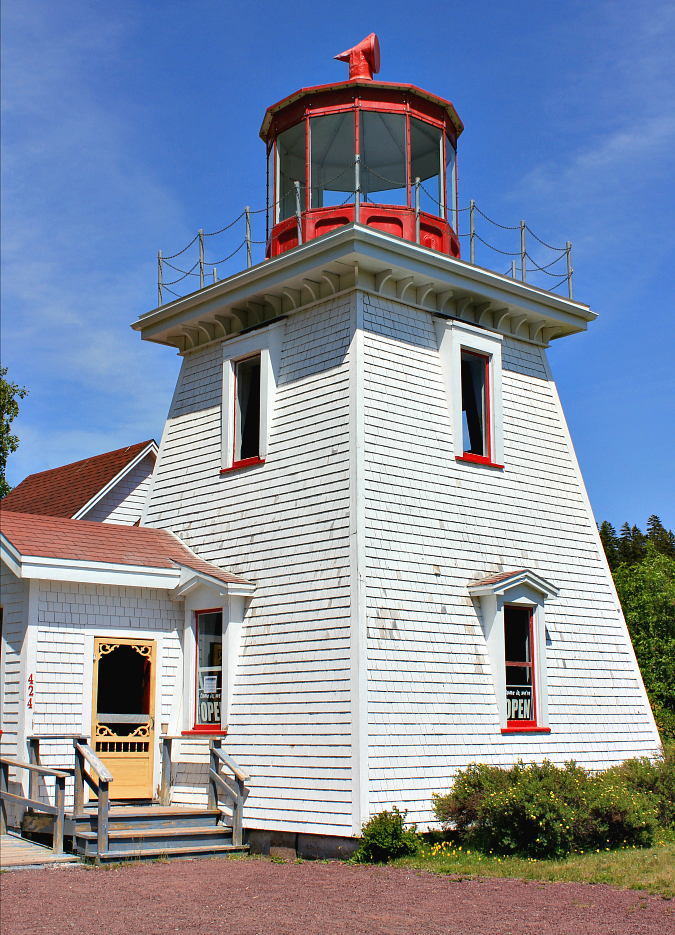 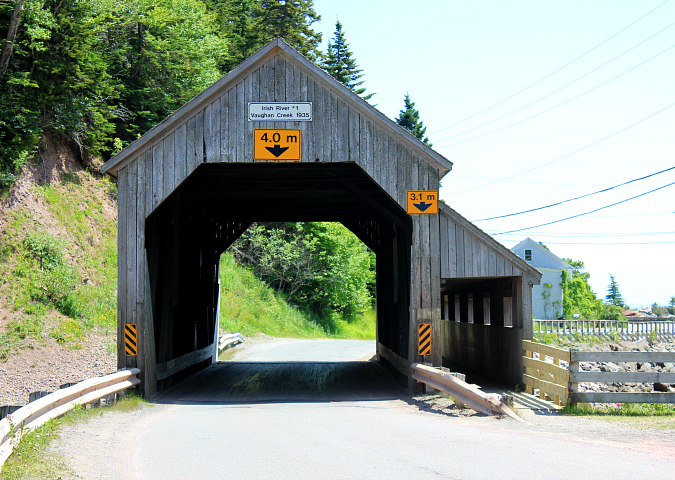 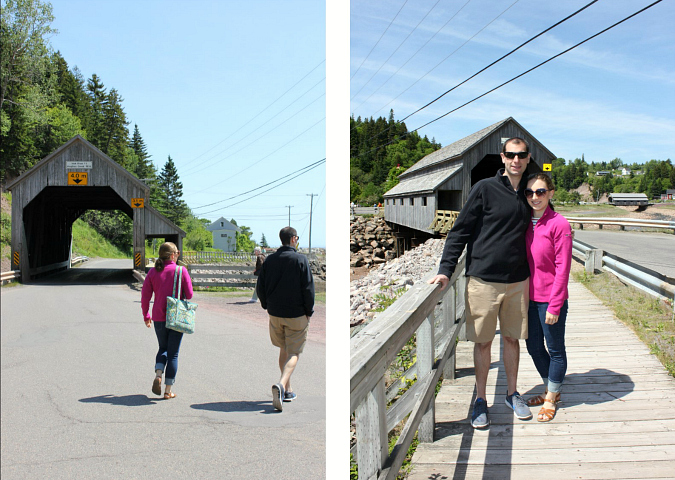 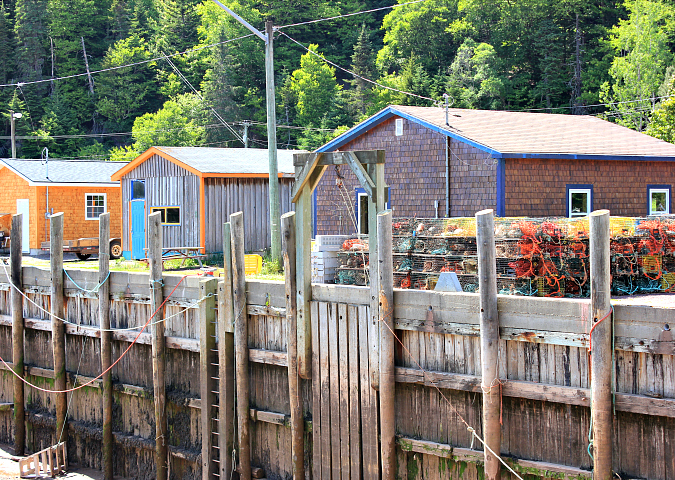 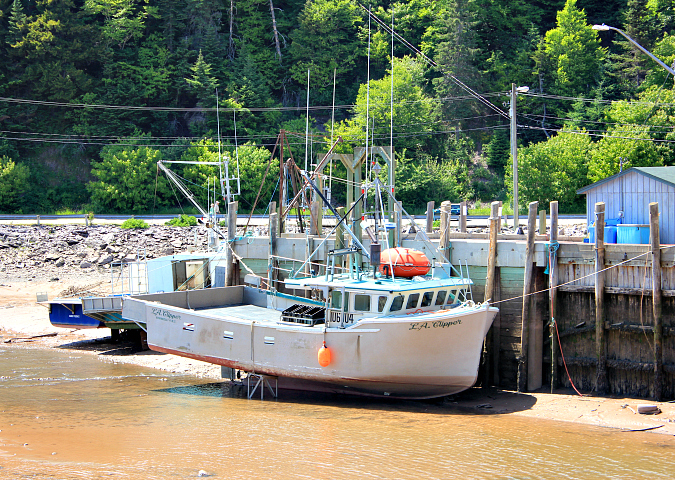 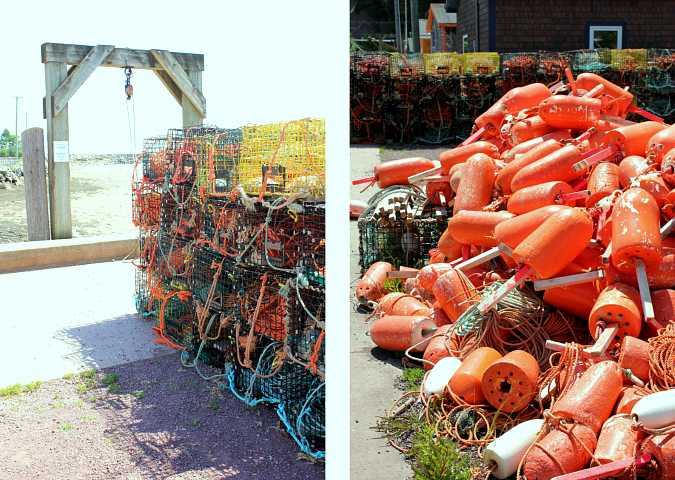 I enjoyed walking on the rocks this time that was covered with water the last time we visited the Bay of Fundy.

It would be fun to see the Bay of Fundy again when the tide is in. I thought it was interesting how the stones changed abruptly from fine gravel to large stones depending on where the tide dropped them.