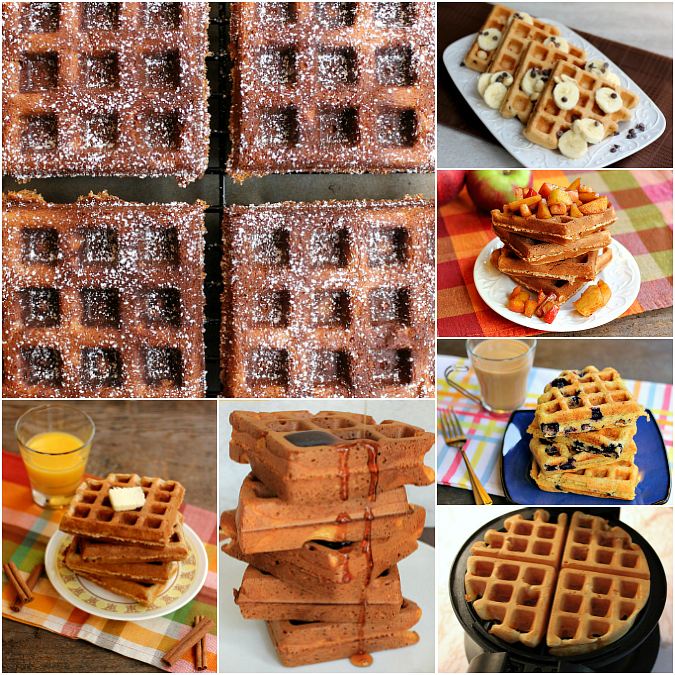 i'm only a little bit embarrassed to admit that we own three different waffle irons in our house (well, technically we own four if you count the thin waffle iron that we have to make waffle cones for ice cream).

did you know that waffle irons date back to the 14th century?  the earliest designs were used over an open fire and had elaborate designs such as coats of arms or religious symbols.  the first patent in the u.s. for a waffle iron was in 1869, and in 1911 general electric produced a prototype electric waffle iron which was later available to the general public in 1918.

let's celebrate national waffle iron day today by making some waffles!  here are a few of our favorite waffle recipes from the archives over the years . . .

That's a new one on me, waffle iron day.