it's apple cider season!  over the weekend we visited a farm and picked up a container of fresh apple cider.  it is such a great treat, especially in the fall.  apple cider isn't just for drinking.  we have used it to make baked apple cider doughnuts which are incredible, and we have also incorporated it into breakfast in apple cider doughnut pancakes.  yum!

i woke up on sunday morning thinking to myself: if we have made apple cider pancakes, why not make apple cider waffles?!  thus, off to the kitchen i went to whip up a fall apple breakfast. 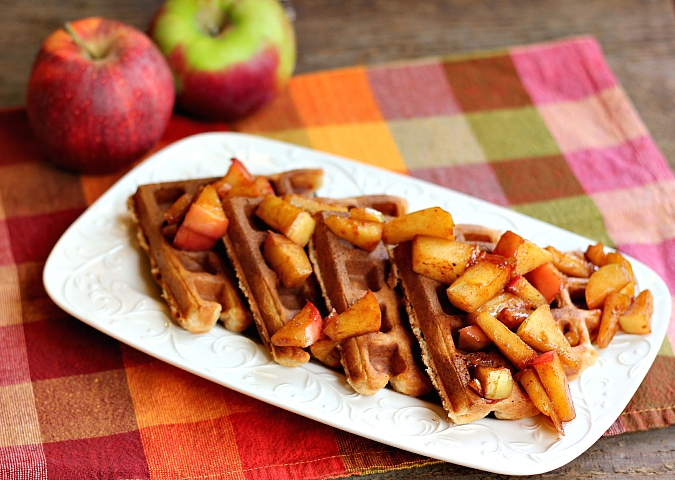 there's a full cup of apple cider in the batter of these waffles, as well as a ton of fall spices, including: cinnamon, ginger, cloves, allspice, and nutmeg.  needless to say, they have some great flavor!

we didn't stop there though . . . to really punch the apple flavor, we topped our apple cider waffles with sauteed cinnamon sugar apples.  wow! 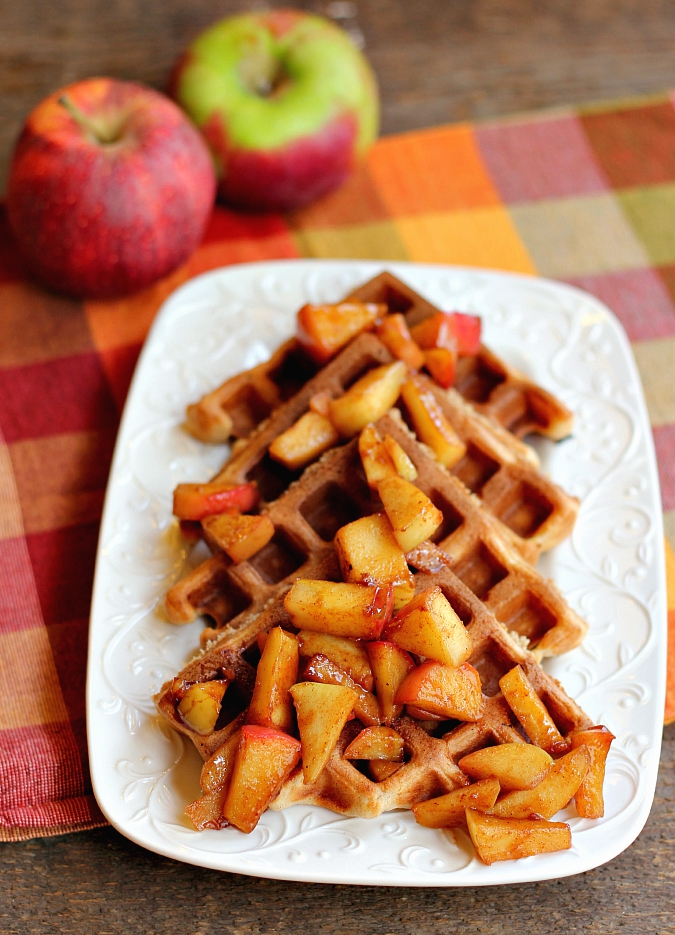 these waffles are absolutely delicious and the are great for kicking off an autumn weekend morning!

this recipe makes about three servings, so we had leftover waffles.  they store nicely in the refrigerator or the freezer.  just pop them in the toaster and warm them up when you are ready to enjoy them again.  they would also make a great waffle-and-ice cream sandwich too with your favorite fall ice cream flavor!  :-) 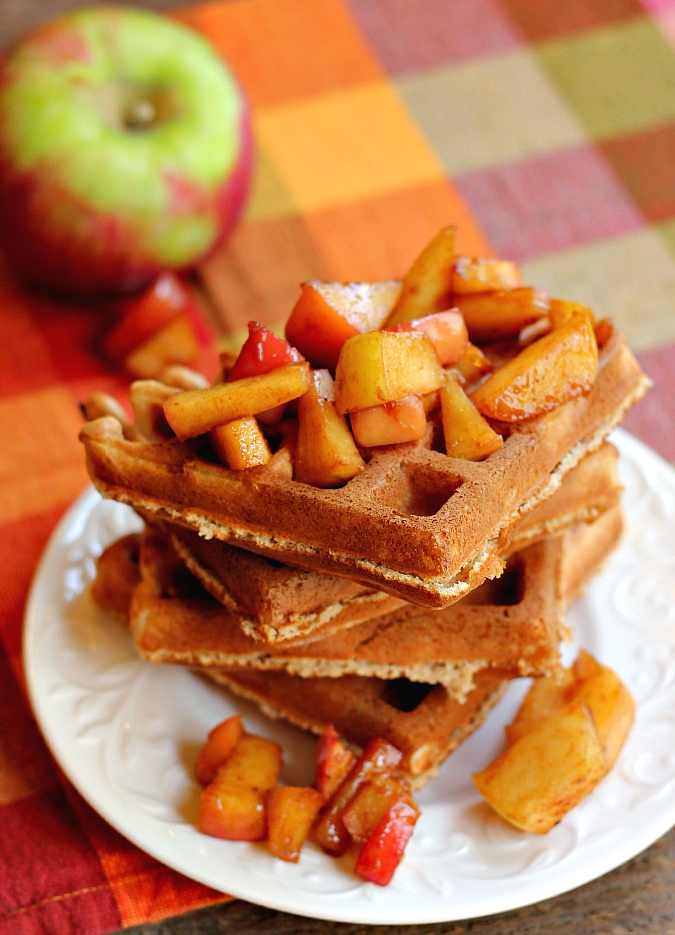 directions:
preheat your waffle iron according to the manufacturer's instructions.  in a large bowl, combine the flour, baking powder, spices, and sugar.  whisk to combine.  add the milk, apple cider, vanilla, and the egg, and whisk well.  stir in the melted butter.  pour enough batter into the waffle iron to just barely cover the waffle grid (usually about 1/2 cup of batter per waffle).  cook 4-5 minutes, or until the waffles are golden brown.  once cooked, transfer the waffles to a cooling rack while you prepare the remaining waffles.  serve warm, topped with sauteed cinnamon sugar apples and warm maple syrup.

to make the apple topping, melt the butter in a skillet over medium heat.  add the diced apple and saute for 1-2 minutes.  evenly sprinkle the cinnamon and the sugar over the apples.  toss the apples to ensure that all of the apples are evenly coated.  pour in the vanilla extract.  saute, stirring occasionally for 2-4 minutes, until the apples are tender. 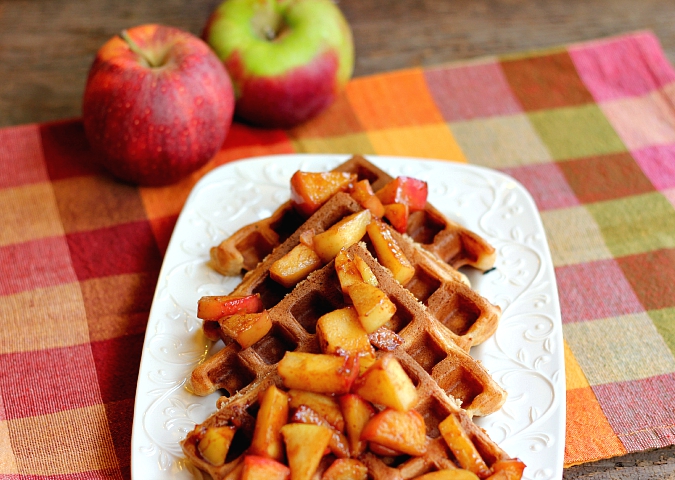 These look delicious and the photos are absolutely beautiful!!!

I will try this recipe. Is the apple cider reduced to a cup or just a plain cup.