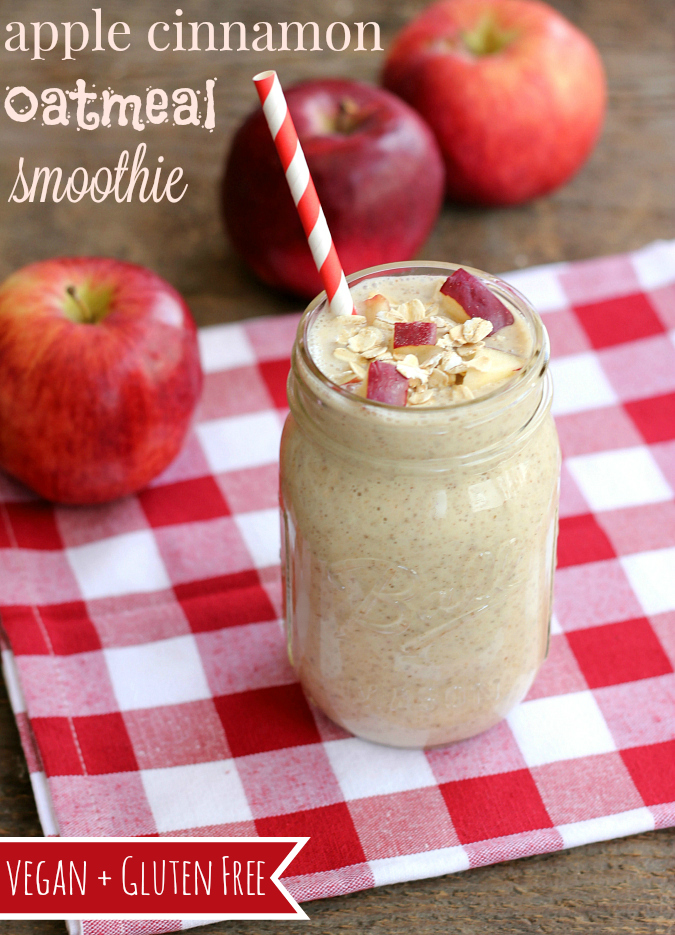 even though it's not really apple season, i bought a humongous bag of empire apples at the grocery store recently.  we've been juicing them, eating them with peanut butter, adding them to salads, and putting them in pancakes.  however, there are still several apples left.  i'm starting to think that they are multiplying on my kitchen counter.

yesterday i was looking for a way to use up another apple before the remaining apples go bad.  what haven't i done with these apple yet?  put them in smoothies! 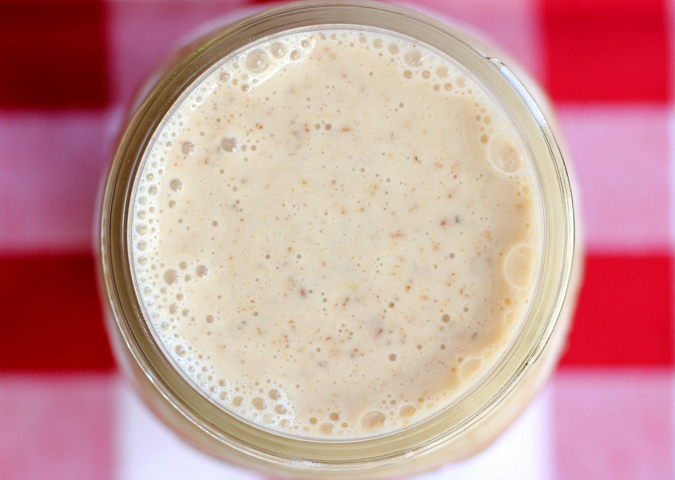 the result was an awesome smoothie that tasted just like apple cinnamon oatmeal. 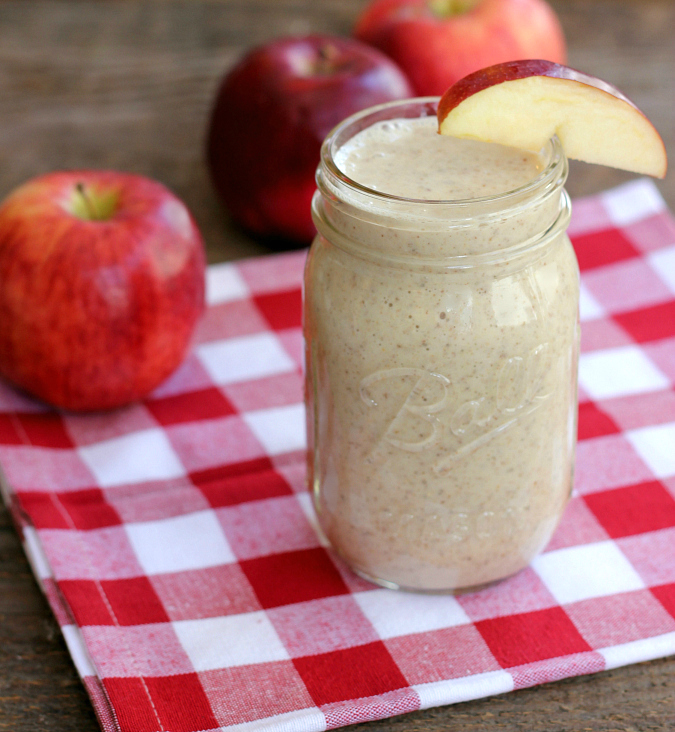 this glorious smoothie could be anything you want it to be.  it's not sweet so it could definitely be a breakfast smoothie, yet you could treat it as dessert if you wanted.

it's good for you since it's packed with protein and fiber.  it's thick, creamy, delicious, and really filling.  hey, this smoothie is vegan and gluten free too! 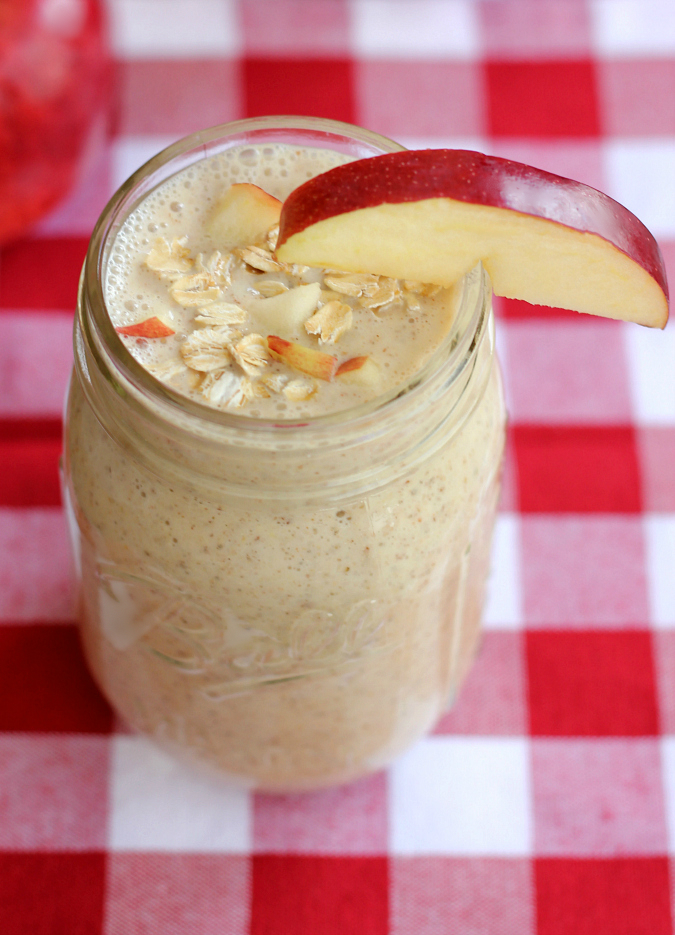 directions:
combine oats and almond milk in a blender and let sit for a few moments so that the oats can absorb the milk.  meanwhile, peel, core, and dice the apple.  add the diced apple to the blender along with the chia seeds, flax seeds, cashew butter, cinnamon, agave, and ice.  blend until smooth. 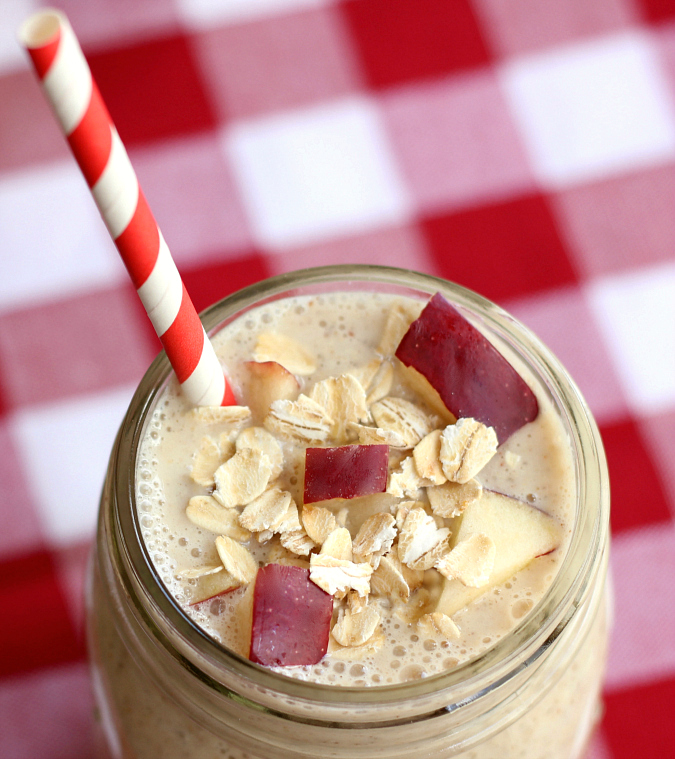 That looks tasty. The picture is very colorful.

I still say that you should be doing photos for a magazine. These are very appetizing.

Your smoothie sounds delicious! Great photos too! Thanks for linking up for Friday Favorites. I'm featuring you this week over at Simply Sweet Home.