our anniversary weekend in nyc - part 4 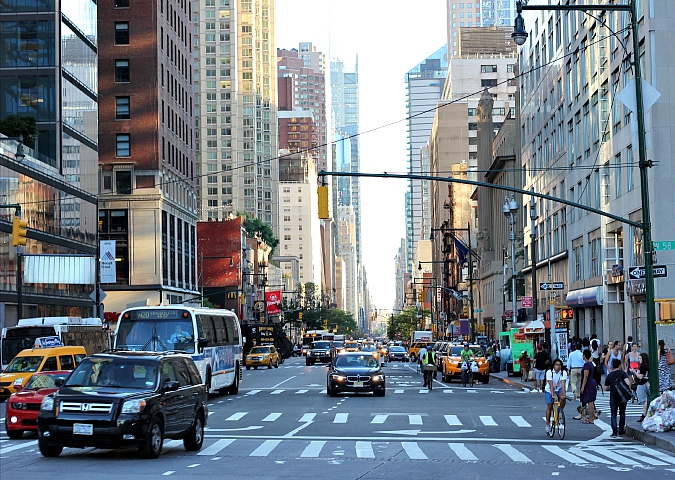 we really had such a great time in nyc this past weekend celebrating our anniversary.  i promise these are the last batch of nyc pictures!  here are just a few more photos from saturday . . . 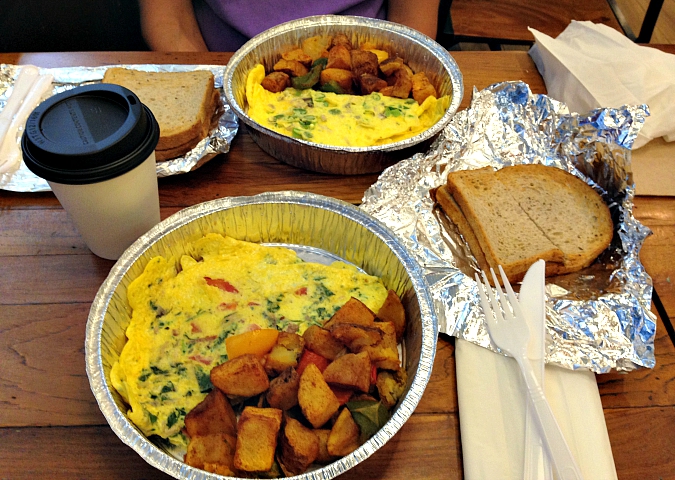 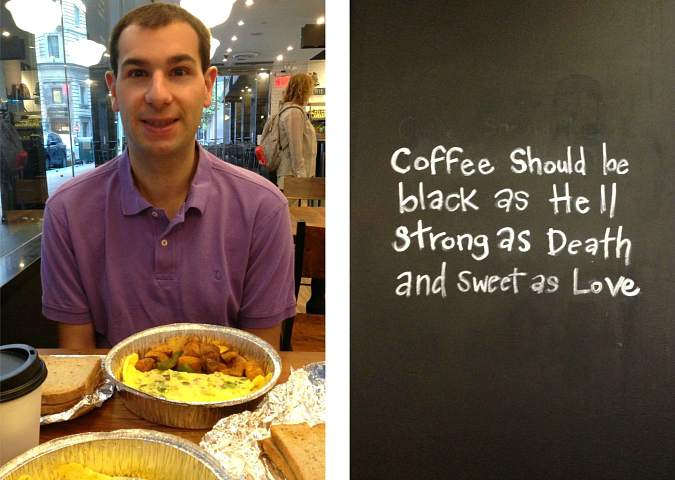 ^before walking over the brooklyn bridge on saturday morning, we had breakfast at open kitchen in the financial district.  we loved it!  $6 each for a veggie omelette, potatoes, and toast was not bad at all for a nyc breakfast on a weekend (especially since new yorkers take their weekend brunches very seriously in the city).  the portions were generous and we loved the open concept.^ 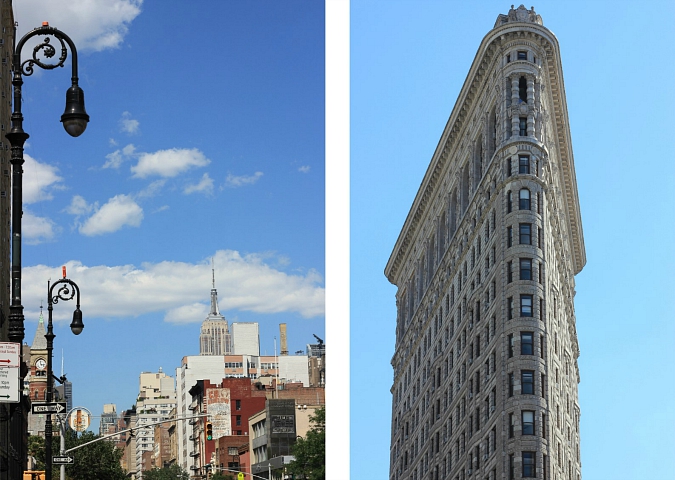 ^the flatiron building is always one of my favorite sights in the city.  it is just so unique!^ 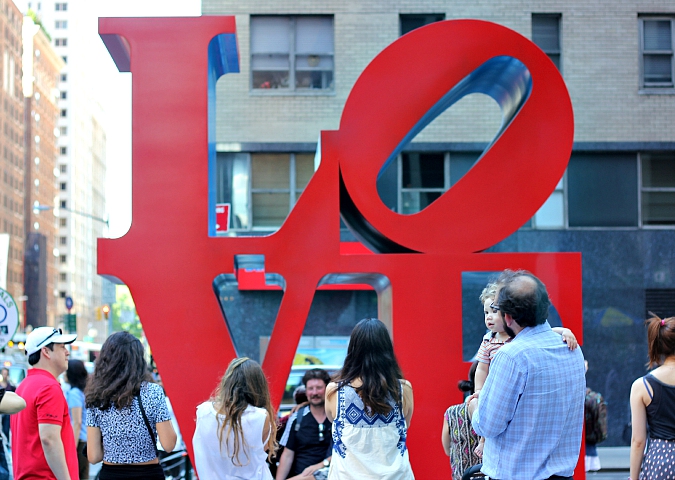 ^the last time we passed by robert indiana's LOVE sculpture on the corner of 55th and 6th it was late at night and dark.  we passed by it in the daylight and just had to snap a picture, because it was our anniversary after all.  (i just saw another one of robert indiana's LOVE sculptures in reverse colors on the university of oklahoma campus when i was there for a conference in june.)^ 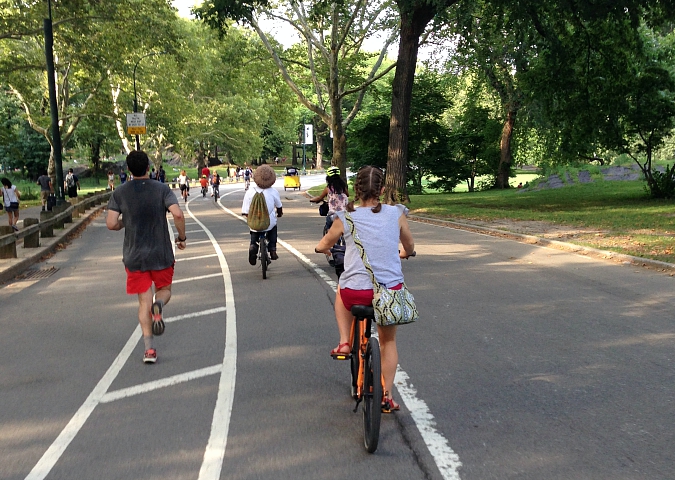 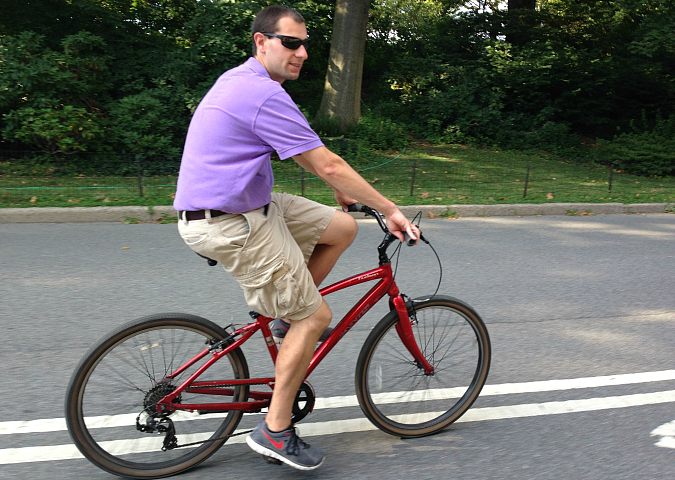 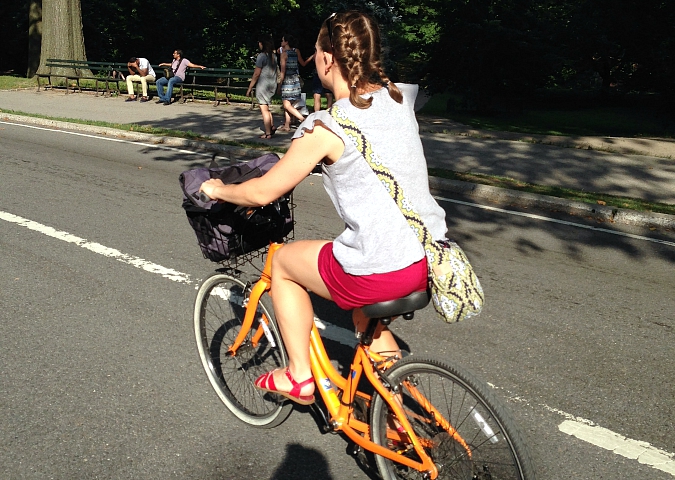 ^it has been a dream of mine for a while to bike central park.  after coming back to manhattan from brooklyn on saturday afternoon our feet and legs were so tired they couldn't carry us any more.  we sat on a bench in central park to take a break for a few minutes and decided that it was the perfect day for a bike ride.  sitting on a bike was such a relief after walking around the city like maniacs for two days.  our feet and legs sure thanked us.  we rented bikes (mine was the greatest shade of neon orange!) and biked all over central park.  we did the whole loop 2.5 times, and let me tell you that is a workout for sure (especially when you are peddling a bike loaded down with your bag as well as your husband's bag full of what i swear must have been bricks in there)!  biking around central park was so much fun and was certainly a highlight of the trip for both of us.  we are such bike lovers, so it was extra sweet to be able to do it on our actual anniversary.^ 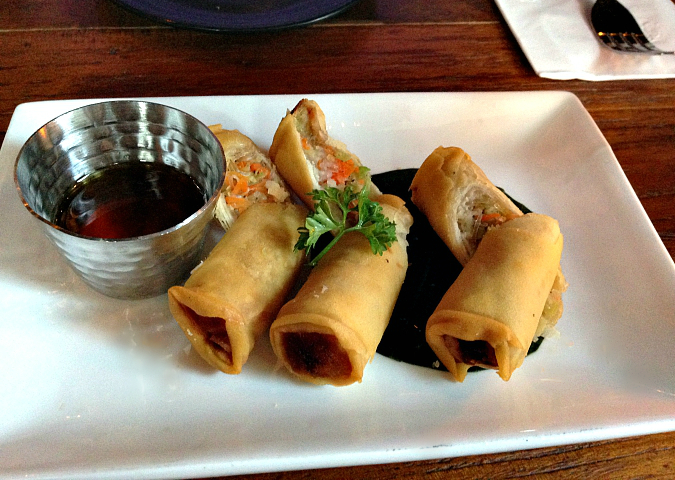 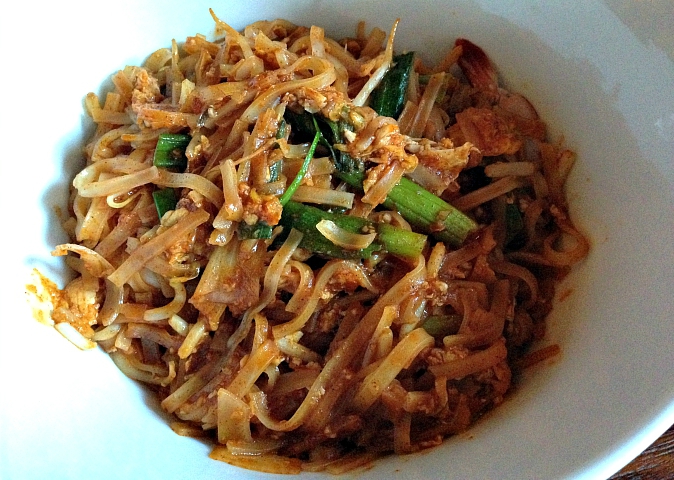 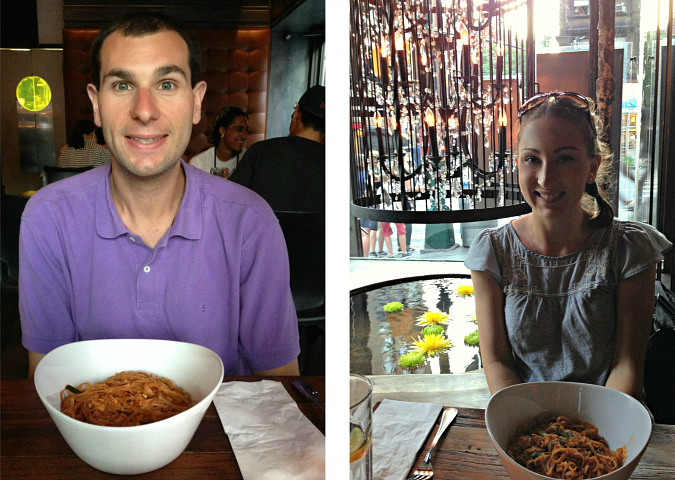 ^after biking all around central park we worked up quite an appetite for dinner.  we stopped at chai thai kitchen in midtown for a late dinner before heading home.  we split an order of veggie spring rolls and each had shrimp pad thai.  it was really good.^ 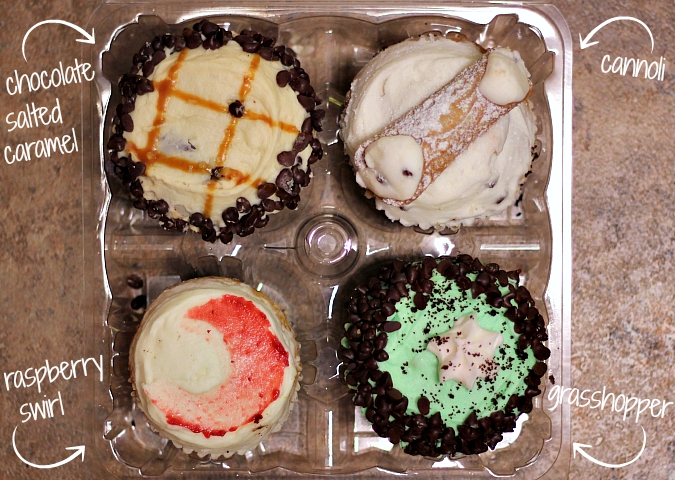 ^we have been huge fans of crumbs for years, and we were absolutely devastated when we heard that all of the crumbs across the country closed last summer.  i honestly don't know how we missed the news that someone bought the company and reopened many of the crumbs locations this past october.  so, we just had to stop in to pick up a few cupcakes to take home with us on saturday night.  we were so excited that our favorite cupcake bakery was back in business, but i have to be honest and say that we are grossly disappointed by the new crumbs.  they claim that it is exactly the same, but it's not.  the cupcakes look the same as before, but the cakes and frostings taste completely different.  they used to have great flavor, but now they all taste really fake.  hey crumbs, get rid of this nonsense and bring back the old recipes!  (has anyone else been to crumbs since they reopened?  if so, i'd be curious to hear what you think.)^

(more pictures from our anniversary weekend in nyc here, here, and here)

Love the bike. That seems like fun riding around central park.
Also a great food weekend. Everything looks delicious. I think I could smell it through the computer.