our anniversary weekend in nyc - part 1 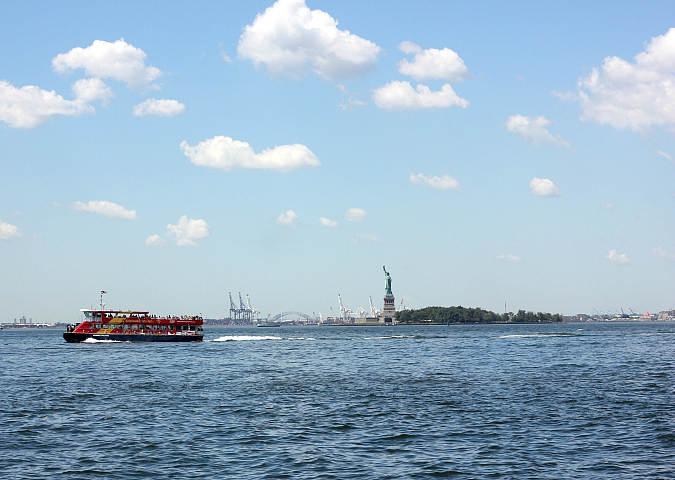 we celebrated our five year wedding anniversary this weekend in nyc, and we had such a great time in our favorite city.  we spent the night on friday at the andaz wall street (which is where we stayed last year) and came home on saturday night.

we lucked out with great weather on both friday and saturday.  we couldn't have asked for better temperatures!  we covered a lot of ground while we were there.  literally we walked hundreds of blocks, but it was great because we got to see and do so much.  of course, we ate so much while we were in nyc this weekend too.  we came home after the weekend with tired bodies and sore feet, which is always a sure sign of a successful nyc trip!  here's what we did on friday . . . 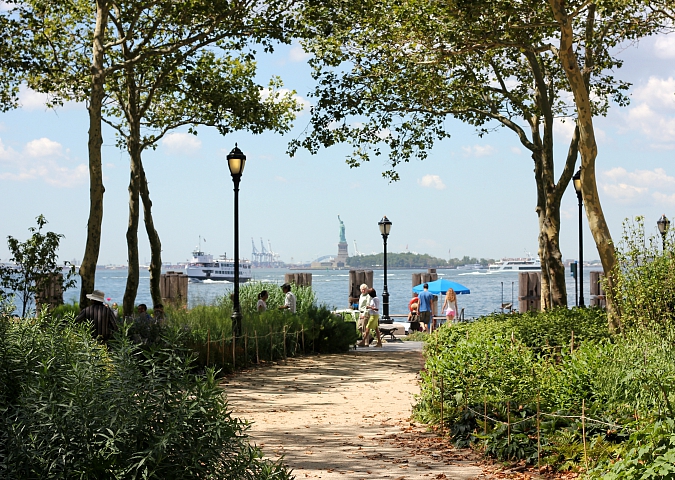 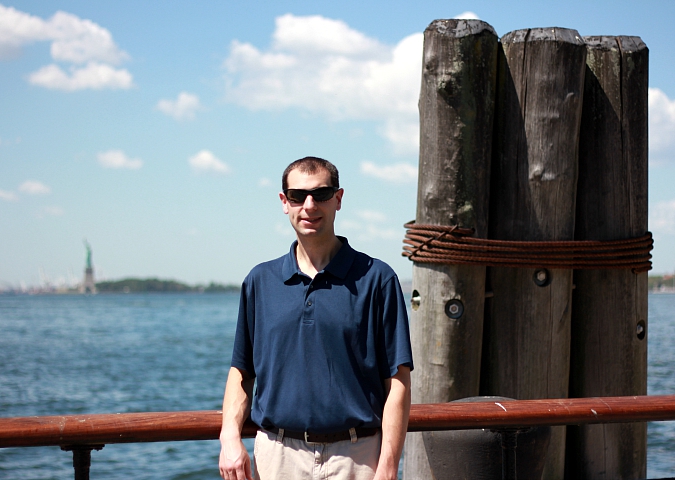 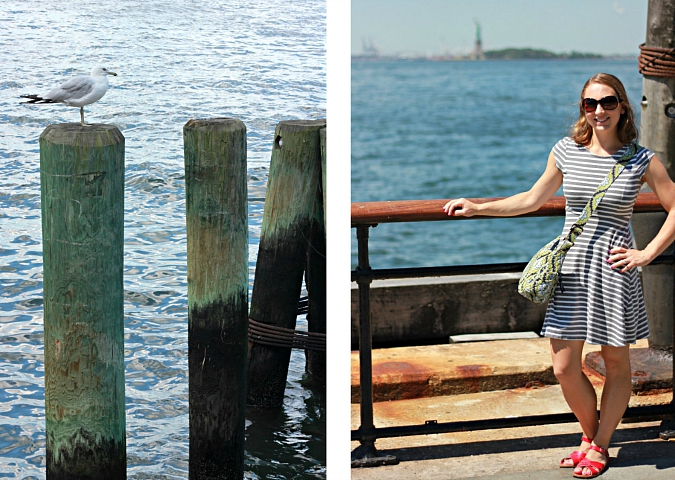 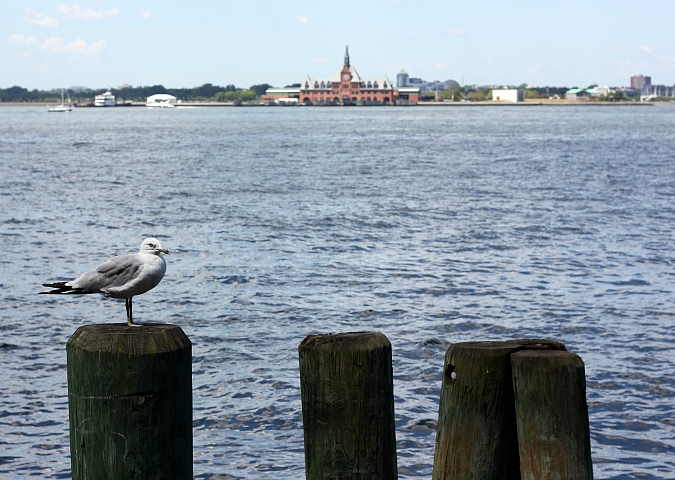 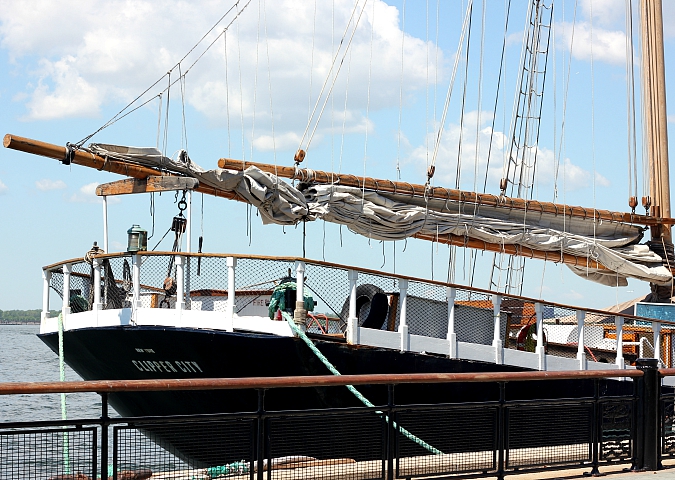 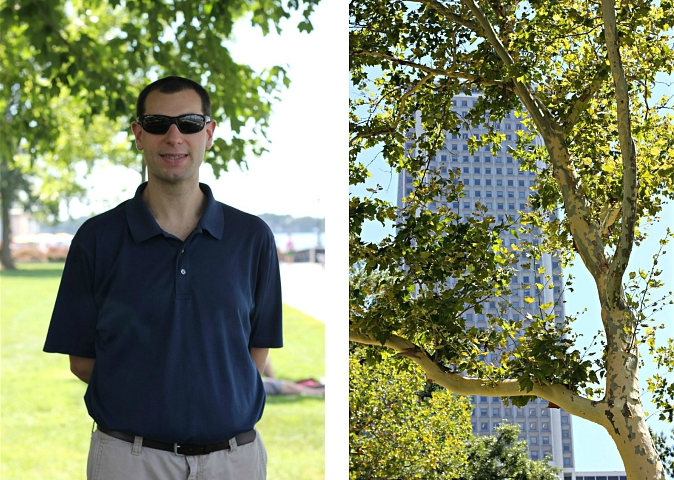 ^after checking into the hotel, we spent the morning on friday exploring the battery park area.  it was a gorgeous day to walk around the park and to be by the water.  the breeze coming off the water was so refreshing since the temperatures were in the 90s!  the views of the statue of liberty and ellis island from the battery park area were really neat too.^ 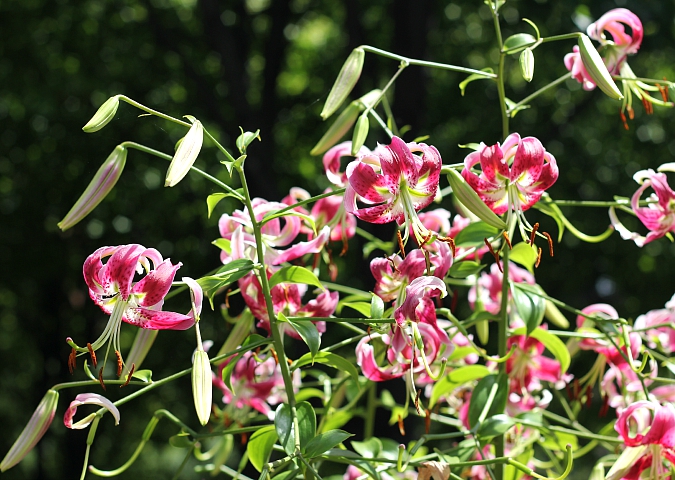 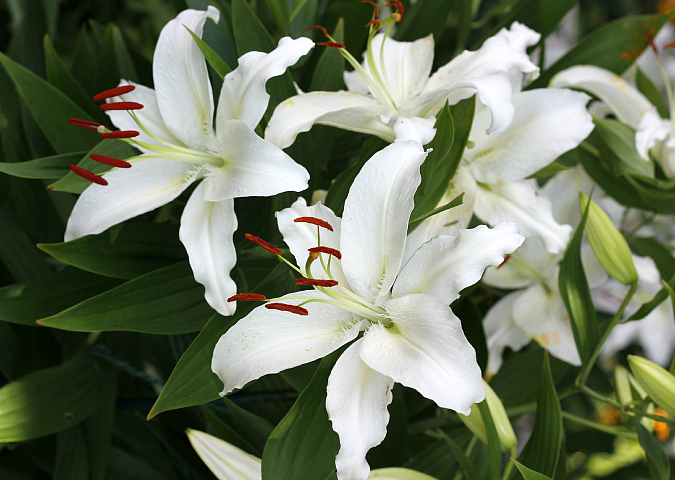 ^the gardens around battery park city are incredible.  the flowers were in full bloom and there were flowers in every color imaginable.  i was especially excited to find white casablanca lilies since we were there celebrating our anniversary and those were the flowers i had in my wedding bouquet!^ 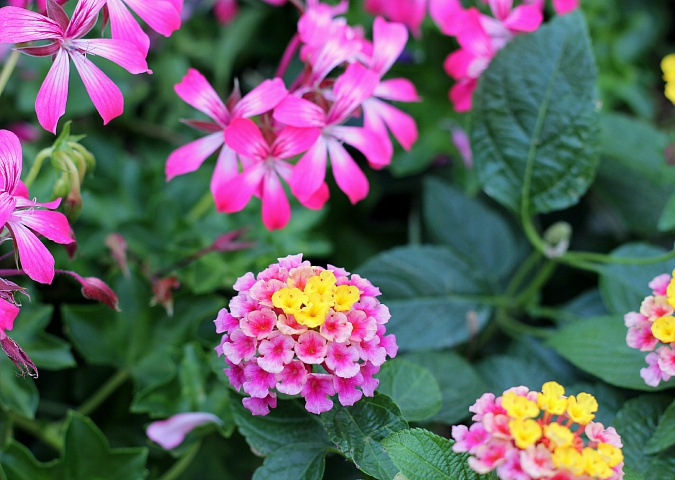 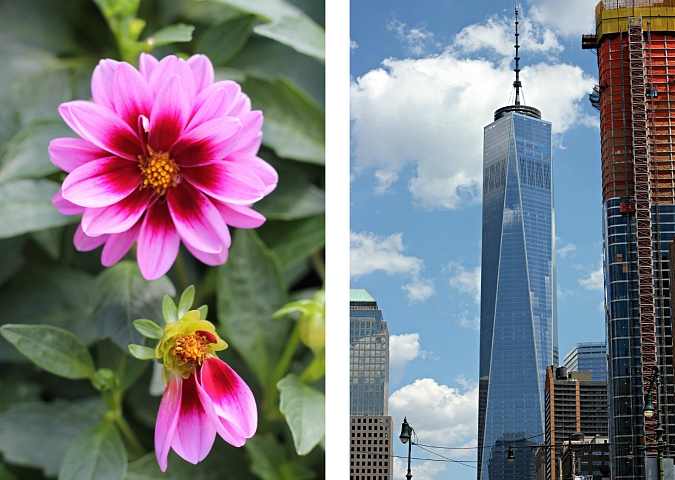 ^the freedom tower is such a sight to see, especially up close.^ 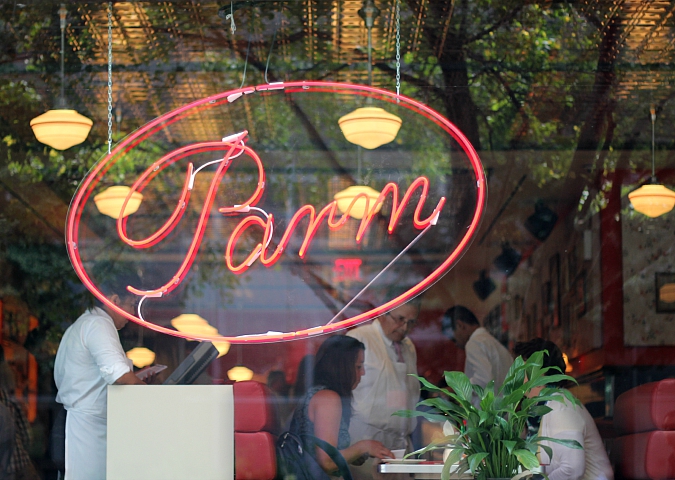 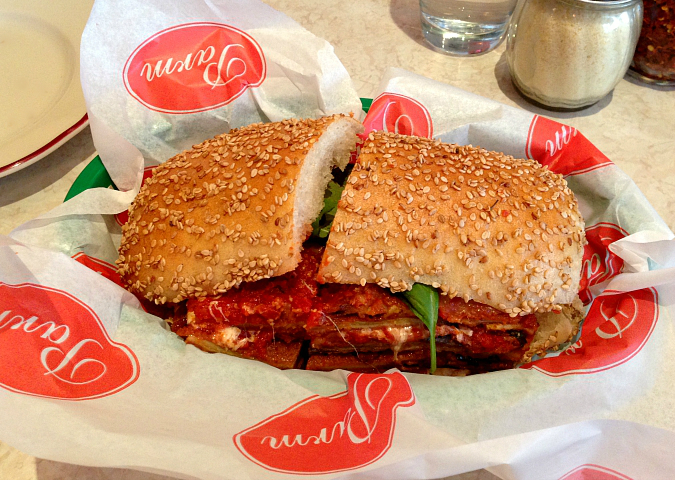 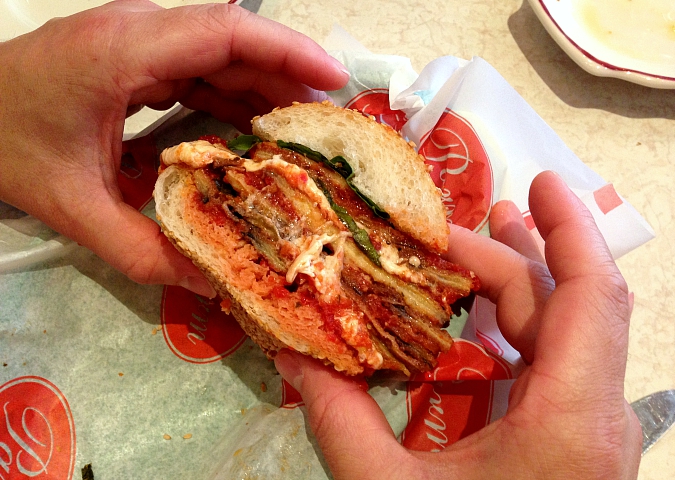 ^after walking all around battery park, we had lunch at parm which has been on our list of restaurants to try for a long time.  anyone who knows me knows that i have an obsession with parm, so eating at a restaurant devoted to parm was just about heaven for me.  we ordered the eggplant parm hoagie which was unbelievable.  we couldn't get over how many layers there were in the sandwich.  seriously, it was out of this world!^ 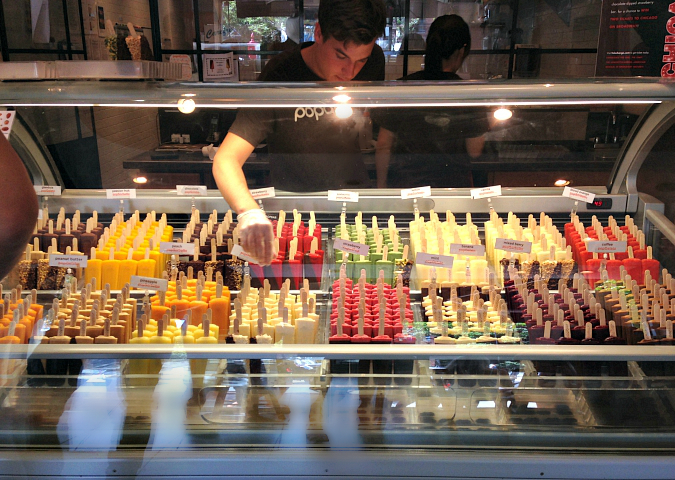 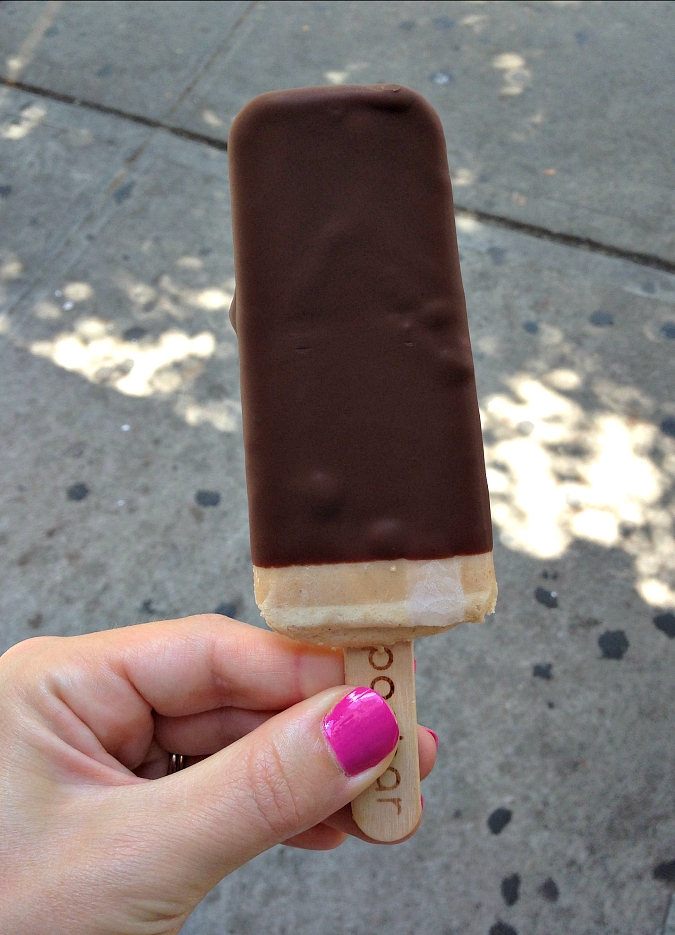 ^after lunch, we stopped at popbar in the west village for dessert.  it is really hard to pick a flavor because they all sound so good.  we finally settled on peanut butter dipped in dark chocolate.  it was beyond good and super refreshing on such a hot summer day.^ 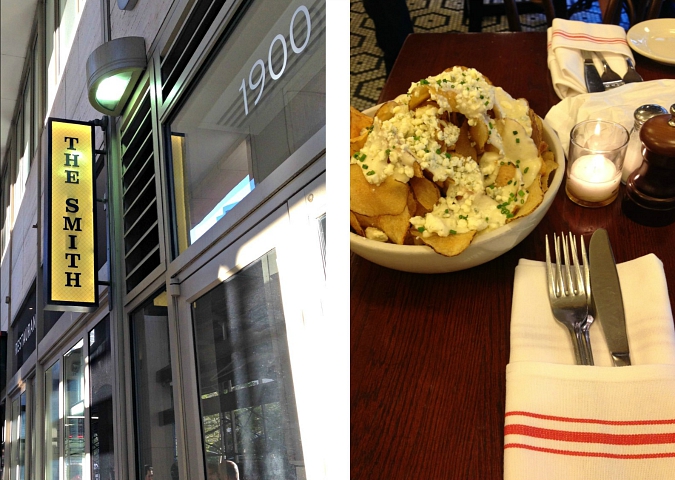 ^after walking around all afternoon, we had a really nice dinner at the smith in lincoln square.  we absolutely fell in love with the restaurant and can't wait to go back.  we split an order of the homemade chips with cheese fondue since they came so highly recommended.  they lived up to the hype and were so good!^ 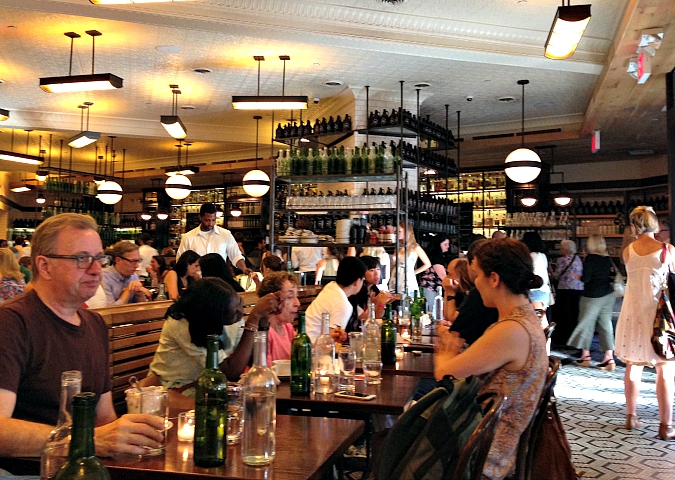 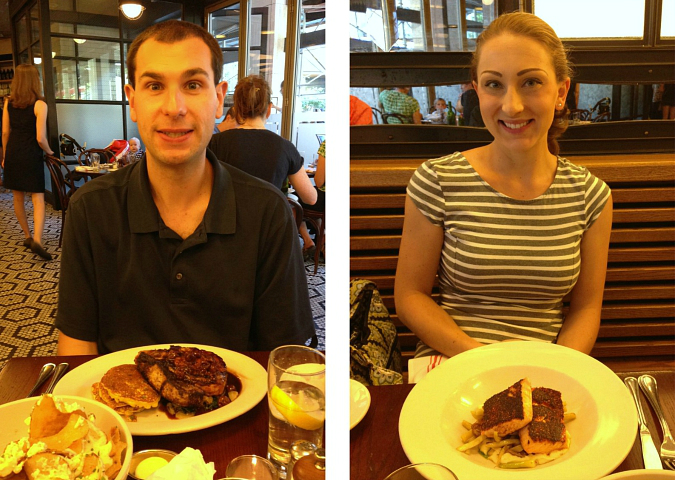 ^ryan ordered the pork chop for dinner which came with delicious cornmeal chive pancakes and i had the salmon.  both were so good!^ 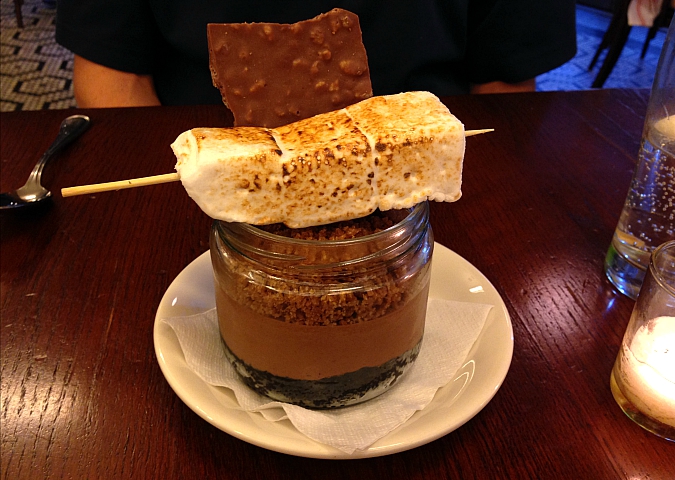 ^since we were celebrating, we split the s'mores in a jar for dessert.  oh my goodness, this dessert was downright sinful.  i can't even describe how amazing it was . . . if you go, you absolutely must try it!  worth every penny.^ 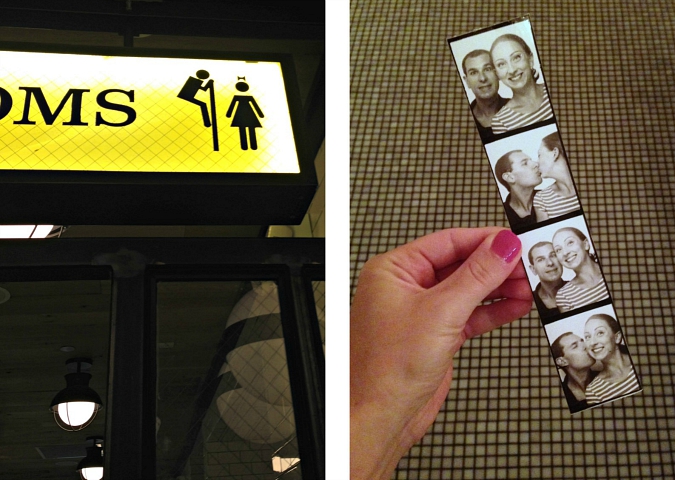 ^the sign leading to the restrooms was pretty funny.  we were also excited to find a photo booth in the basement.  since it was our anniversary weekend, we decided to hop in the photo booth for some pictures since neither of us had ever done it before.  it made such a cute anniversary souvenir!^ 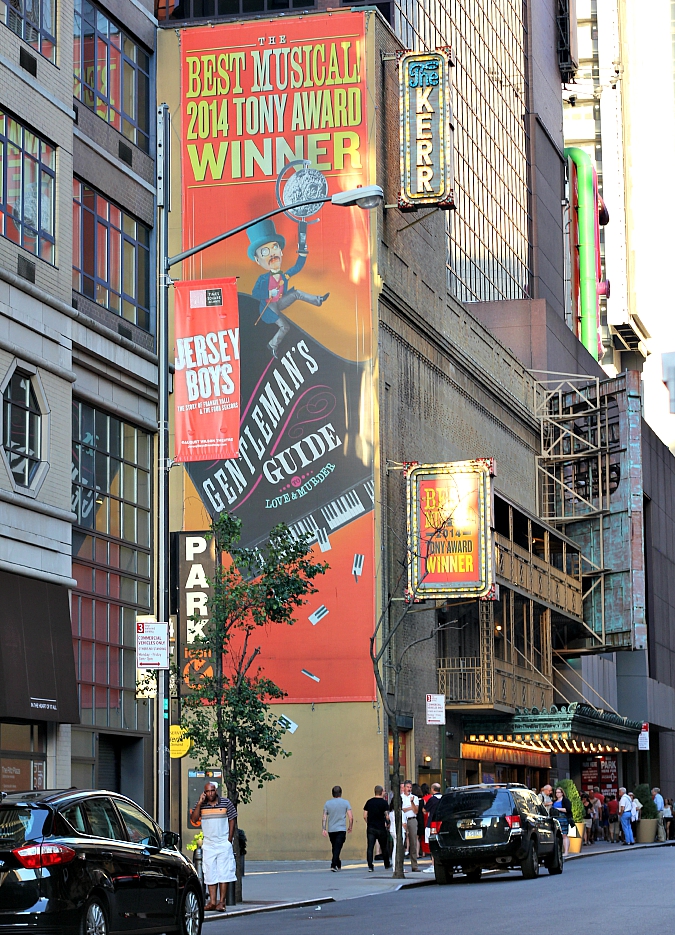 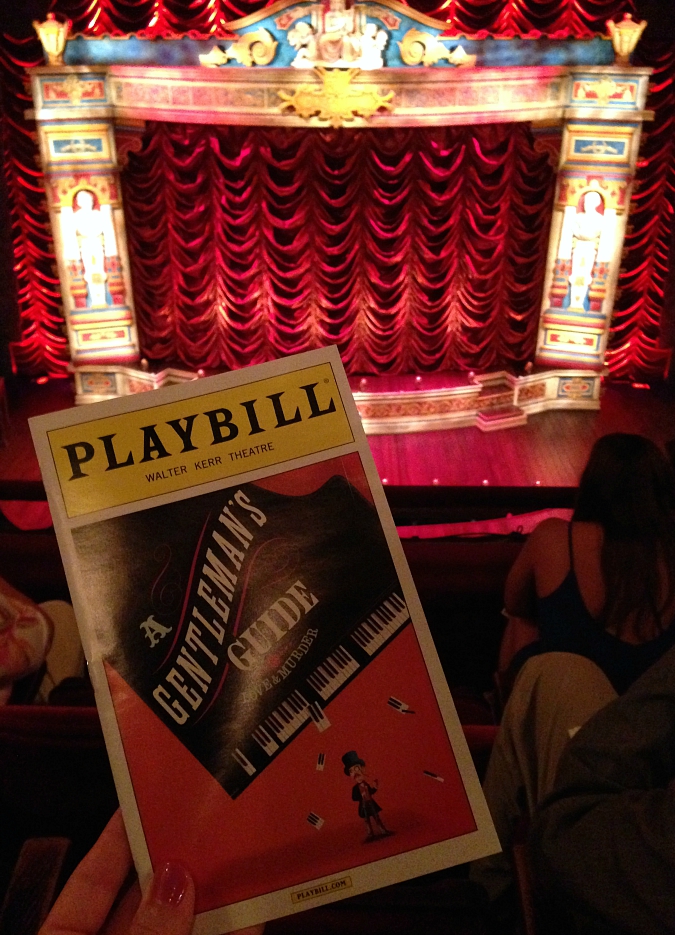 ^after dinner, we saw a gentleman's guide to love and murder on broadway.  our seats were awesome and the show was so great!  beyond funny and super clever.  there's a reason it won four tony awards.  it's a must see!^ 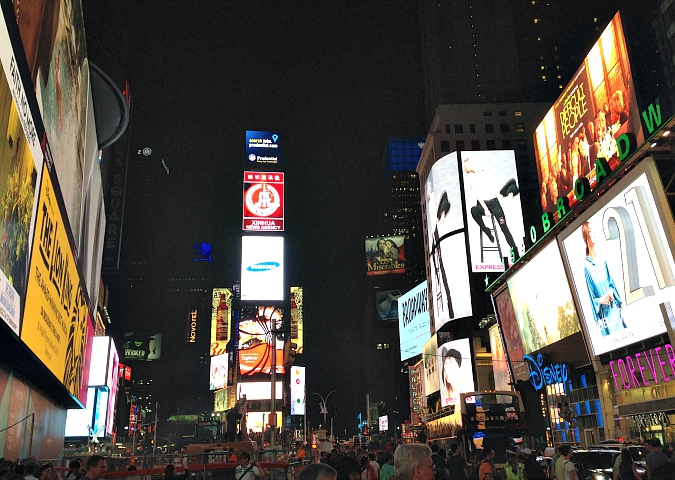 ^before heading back to the hotel, we walked around times square after the show.  times square is always crazy, especially on a friday night, but it is gorgeous it see it all lit up.  we had such a great time in the city on friday.^

What a wonderful way to celebrate your anniversary!

Looks like you really had a great anniversary celebration.
Parm is definitely my kind of restaurant. What a sandwich!