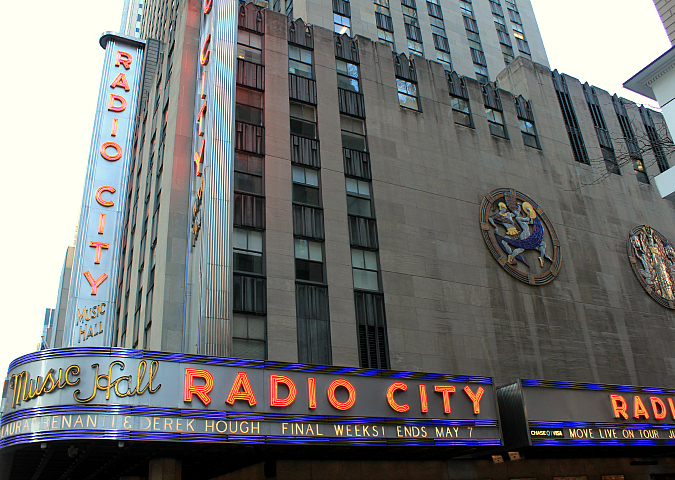 back in november, we took a trip to nyc to see the christmas spectacular at radio city music hall and we absolutely loved it.  so we were trilled when radio city announced that there would be a radio city new york spring spectacular for the first time this year.

on friday evening, we traveled into nyc to see the the spring spectacular.  "spectacular" doesn't even begin to describe the show.  it was absolutely unreal.  radio city truly outdid themselves with this show.  it was amazing.

we had great seats in the orchestra which we snagged for a great price.  the whole show was nyc themed which was awesome, and the technology used in the show was outstanding.  of course seeing the rockettes dance in perfect unison never gets old.  they are incredible!  if you have the chance, go see the spring spectacular before it closes!  you won't be disappointed! 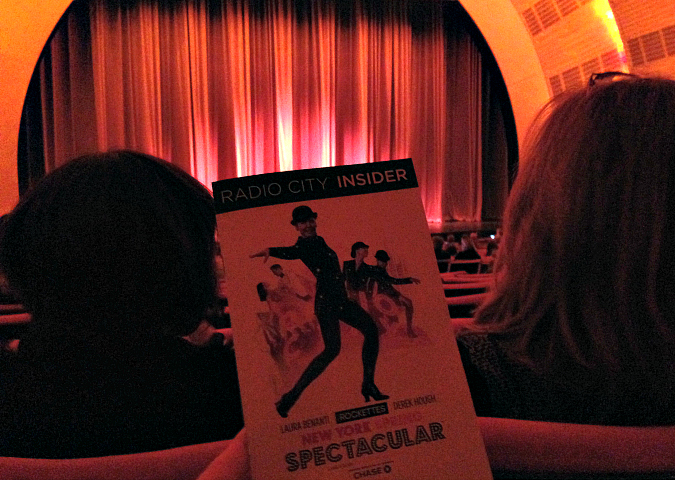 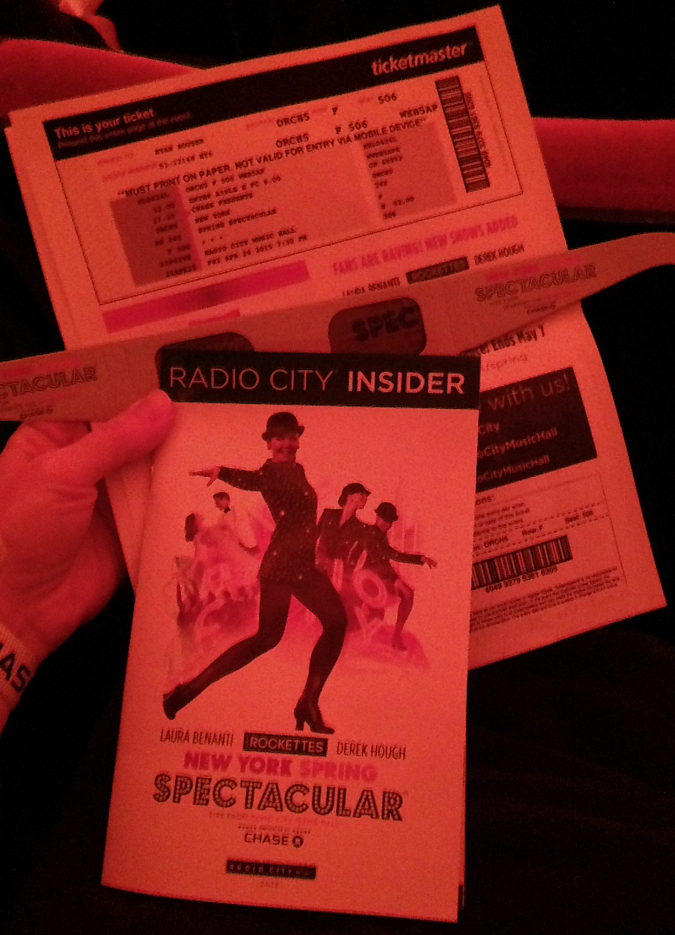 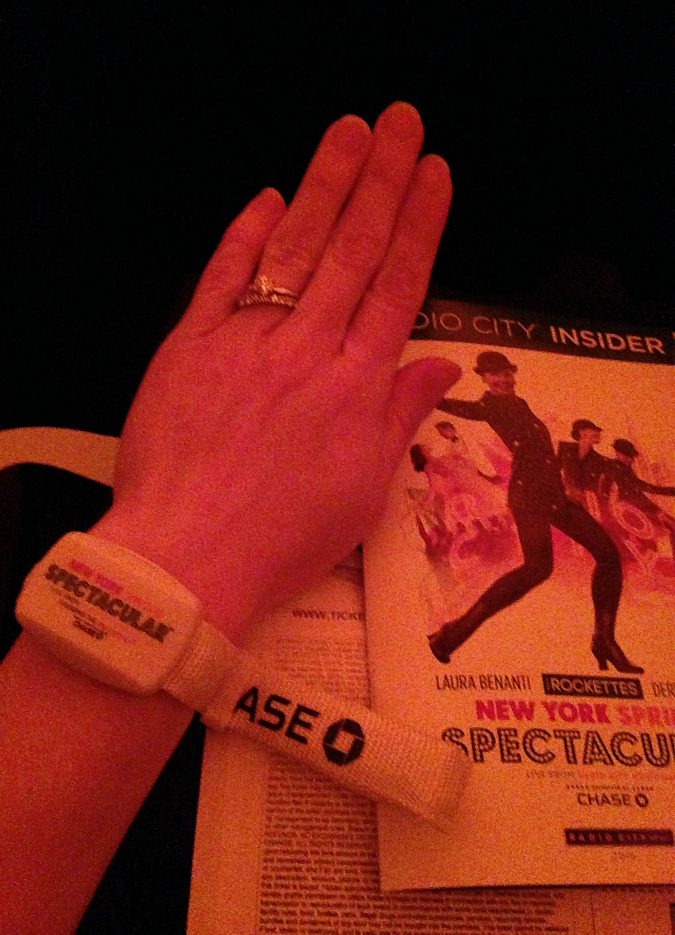 excuse the iphone pictures.  i didn't want to whip out my camera inside the theatre for fear of being kicked out before the show even started.  everyone in the audience was given a pair of 3D glasses and a battery operated remote controlled led bracelet.  the light board operators were able to control the bracelets throughout the show so that they could turn on, turn off, and change color depending on what scene was taking place on stage.  it was awesome! 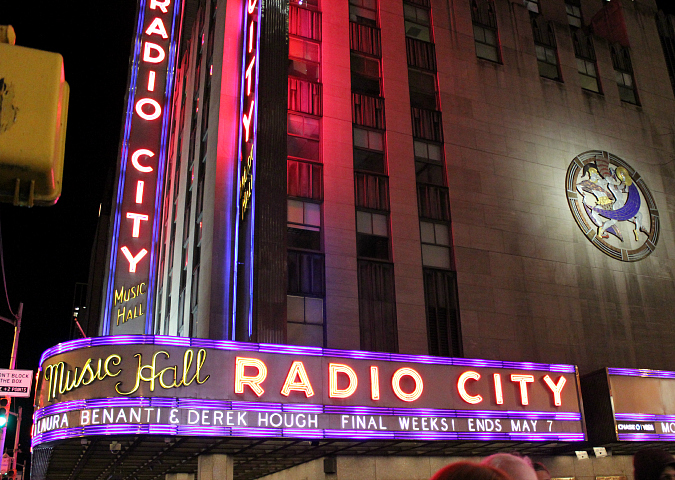 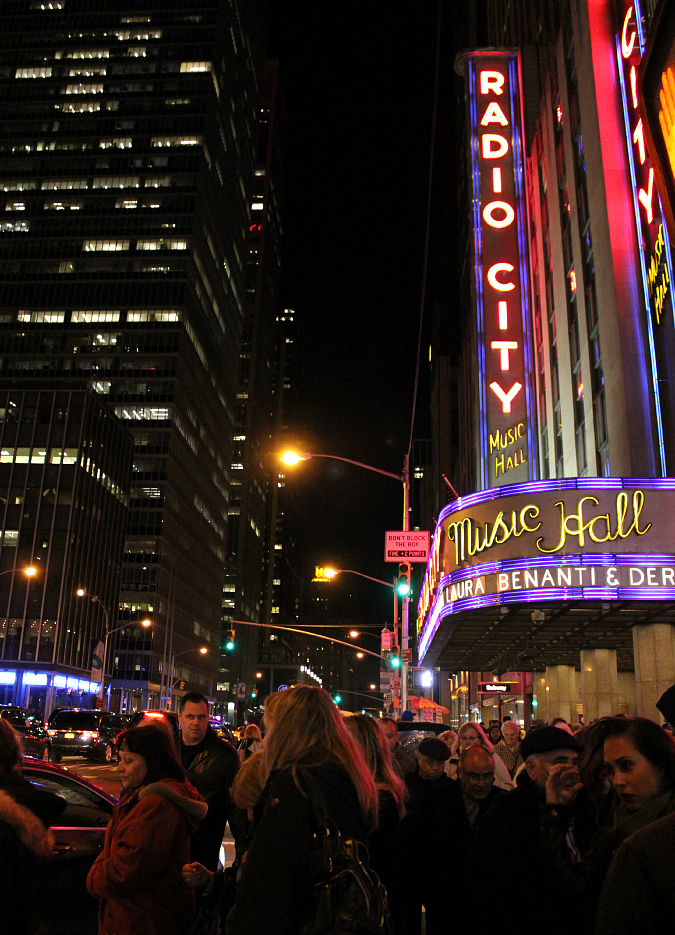 radio city music hall is so pretty.  especially when it is lit up at night. 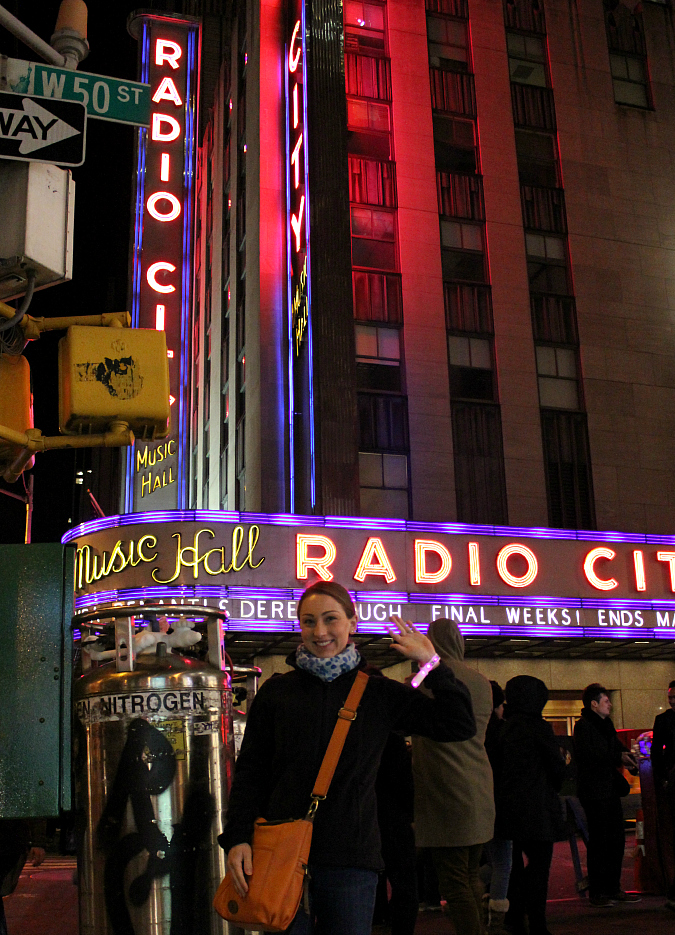 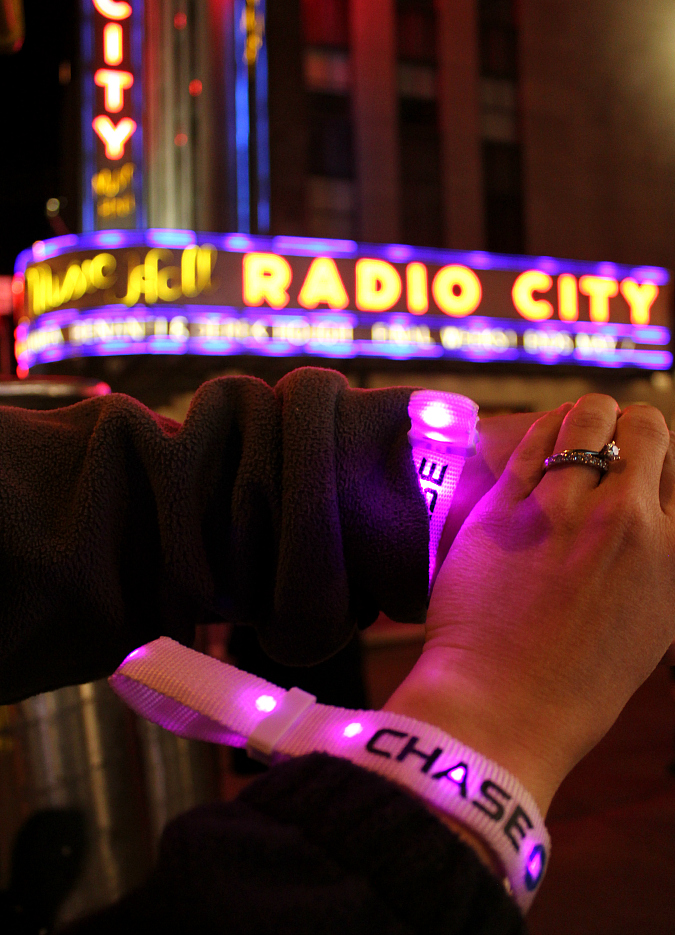 we were really surprised to find out that we were able to keep the led bracelets.  they lit up and changed all different colors for 14 hours after the show was over! 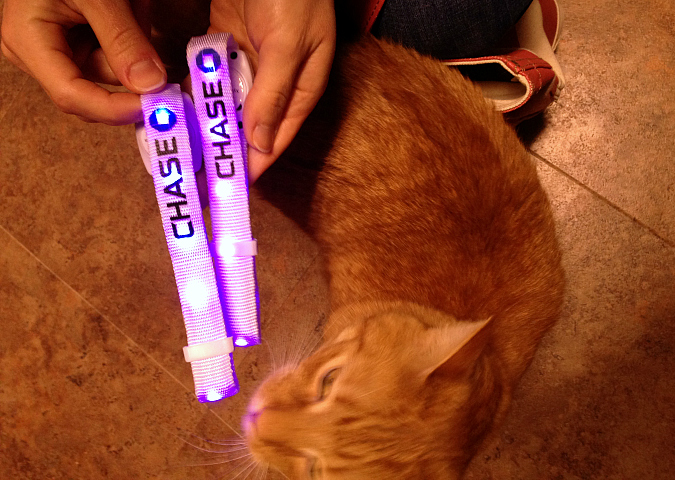 leko was excited to check out the bracelets when we got home on friday night.  he loves anything that lights up and changes color too!

Sounds like a wonderful show. Those light bands are amazing and that you were able to keep them. Looks like they were donated by Chase for an advertisement. Great tax write-off and publicity.
Leko seems unimpressed with the lights.
But it would make a nice collar if he wore one. He would be flashing while you are trying to sleep.

Those bracelets are really interesting and must have added a special effect to the show.