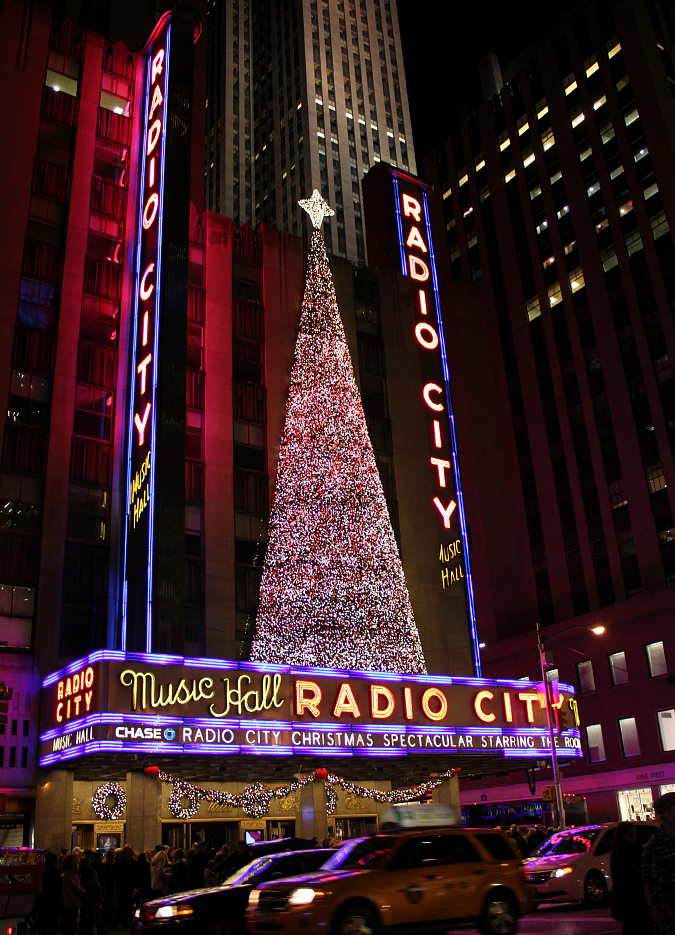 yesterday, we took a trip to our favorite city to see the radio city christmas spectacular.  it's been nine years since the last time we saw the show, so we were excited to be able to see it again.

new things are added to the show each year, but certain numbers like the parade of the wooden soldiers and the living nativity have remained the same since the rockettes began performing the christmas spectacular in 1933.

the rockettes were amazing, as always.  it is jaw dropping to see 30 rockettes dancing in perfect unison.  i don't know how they do it!  seeing the show definitely put us in the christmas spirit.  i can hardly believe that christmas eve is just one month from today! 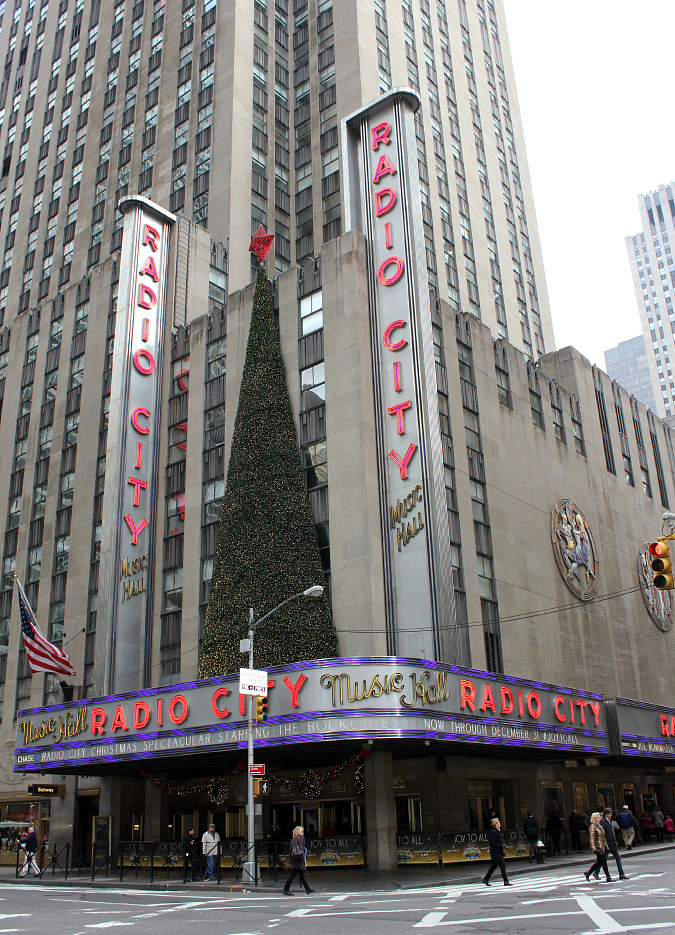 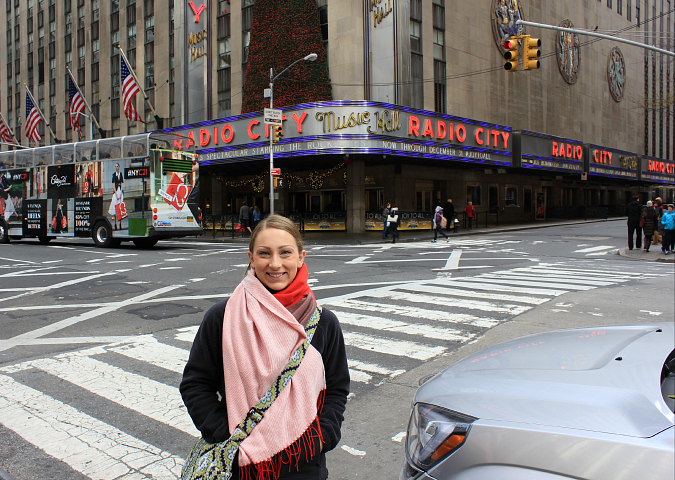 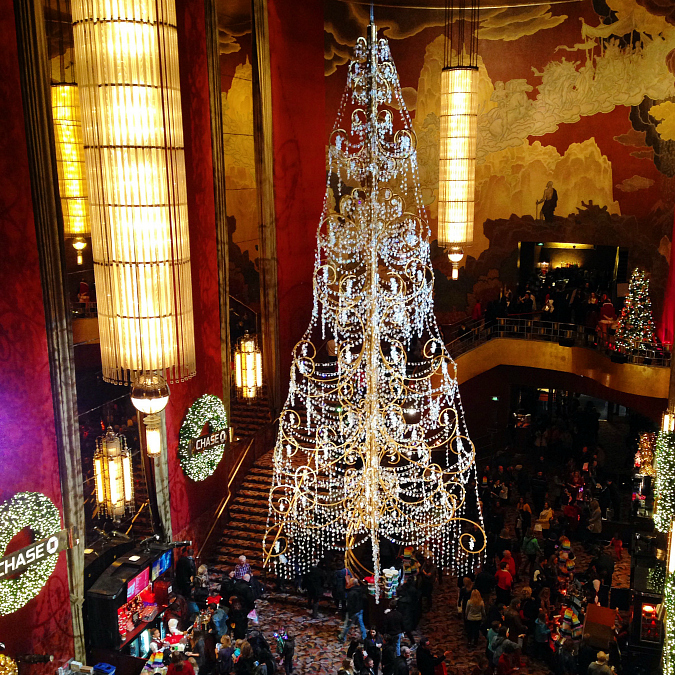 ^radio city music hall does such an amazing job decorating their lobby for christmas.  the tree, which hangs from the ceiling, is a giant chandelier of swarovski crystal ornaments.  as the tree slowly rotates, the crystals reflect light all over the lobby.  it is beyond beautiful!  here is a cool video showing how this year's swarovski tree was assembled in the lobby.^ 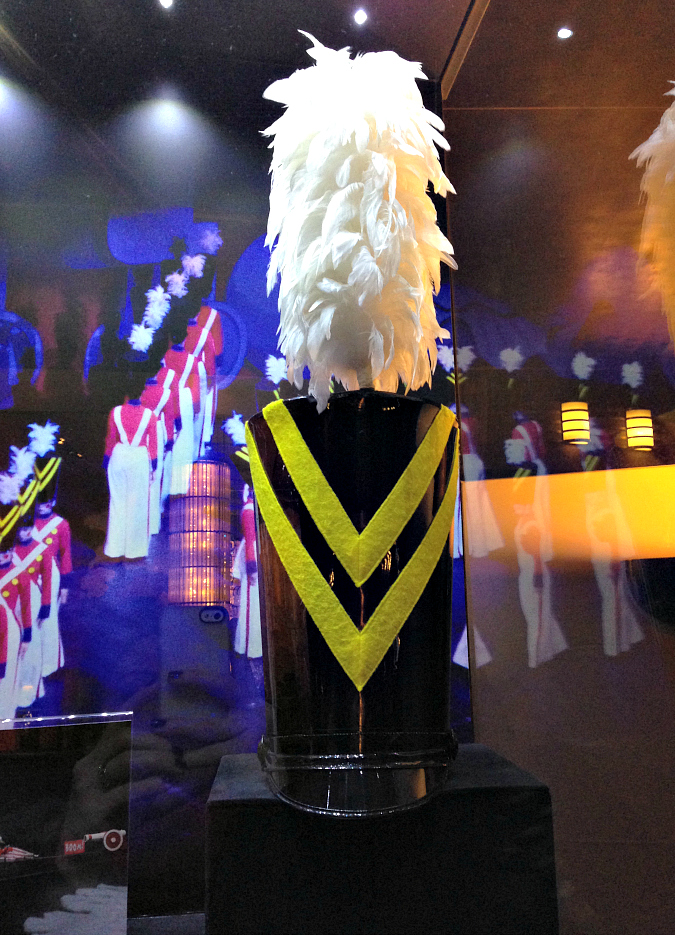 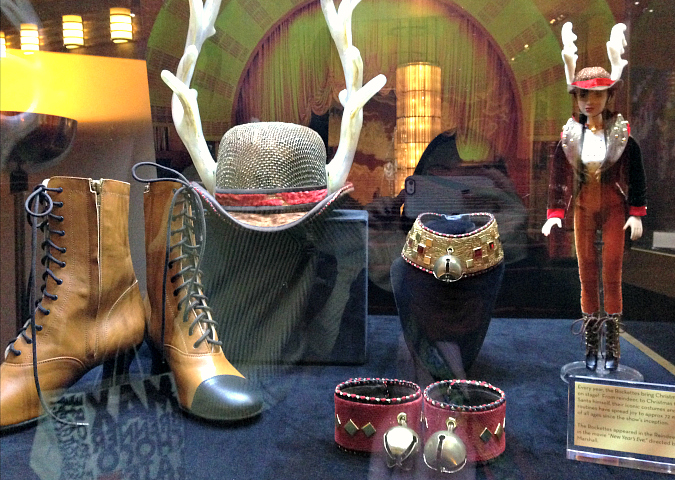 ^before the show, we enjoyed seeing some rockettes' memorabilia displayed around the building.^ 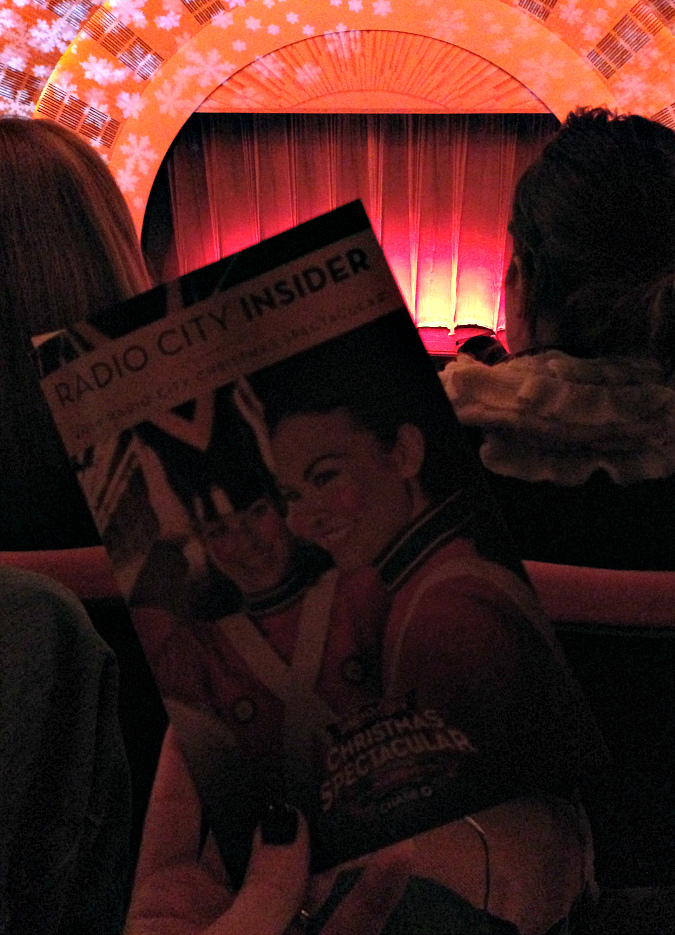 ^radio city music hall's theatre is unbelievable.  it's so huge and beautiful!  we got awesome mezzanine seats for a great price thanks to groupon.^ 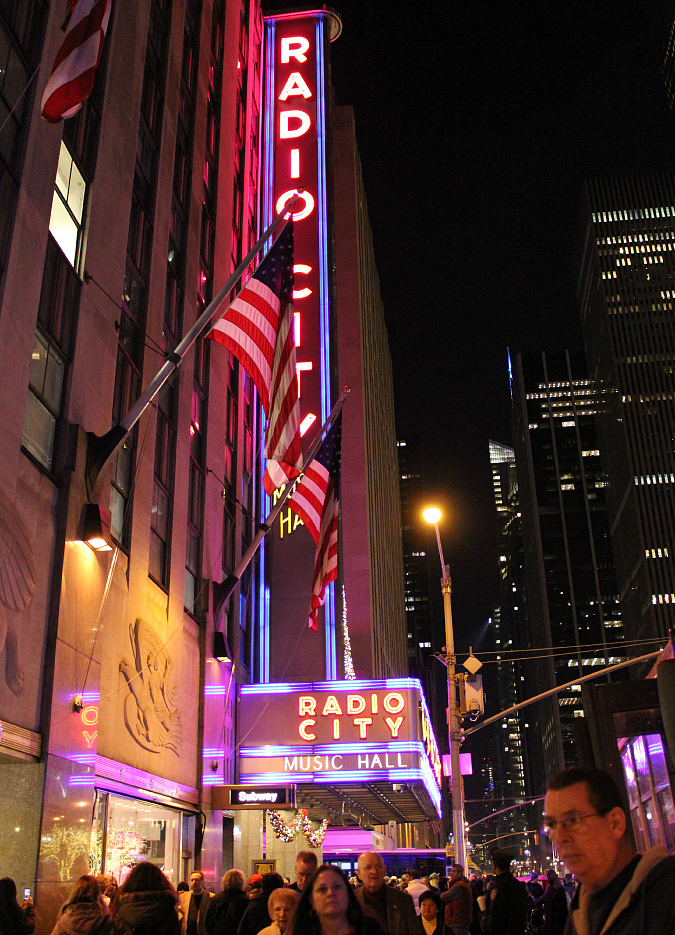 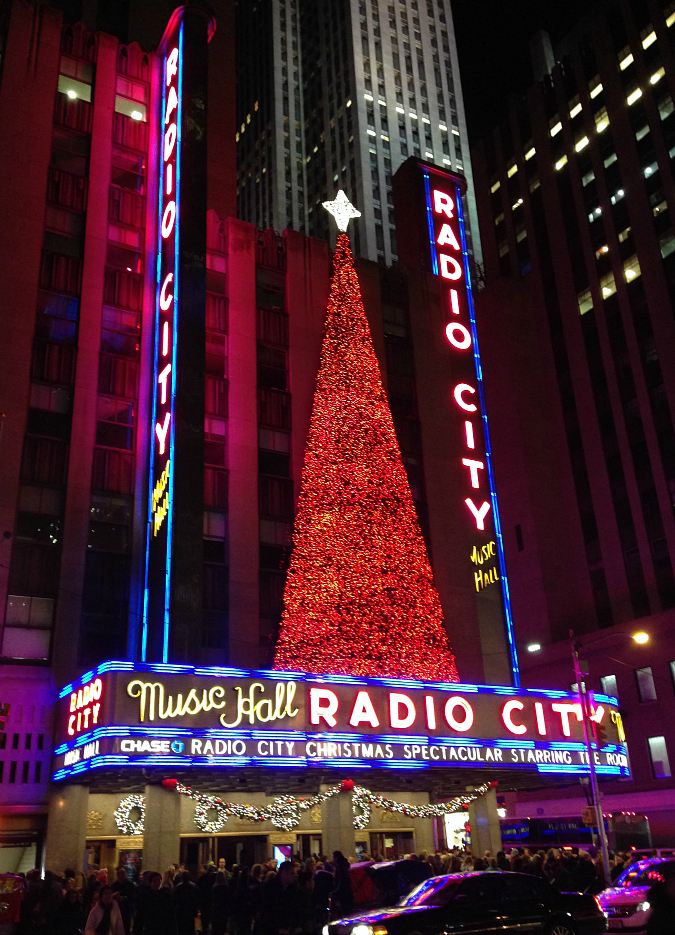 ^it is so pretty to see radio city music hall lit up at night and decorated for christmas!^ 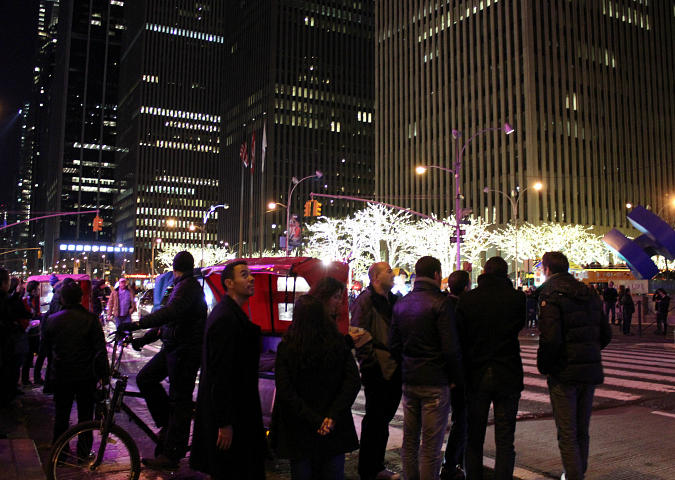 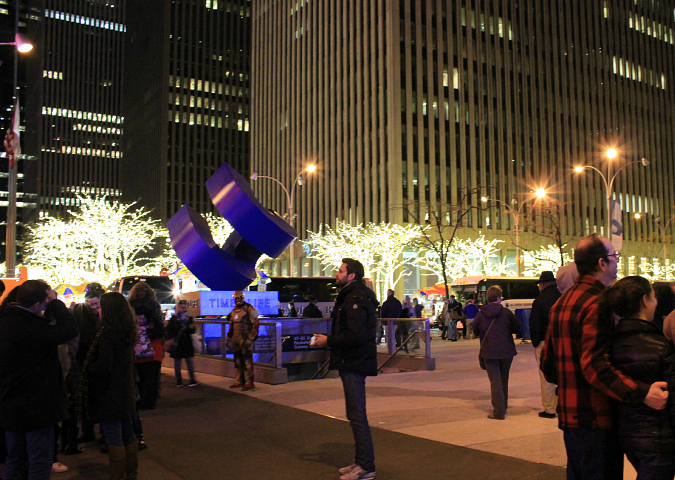