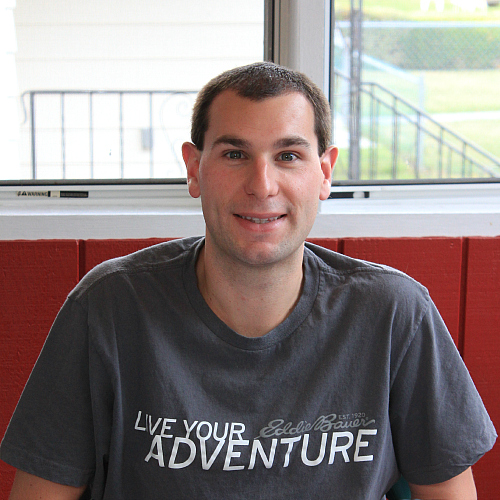 this weekend was awesome.  it was such an all-around good solid weekend.  we started celebrating ryan's birthday on thursday, and continued the celebrations straight through the weekend.

on saturday, we got together with our families for a birthday party.  at the request of the birthday boy, we went biking on saturday after lunch.  we loaded up the bikes on the car and took my mom and ryan's dad biking on a local bike trail.  it was a lot of fun (and they even got to ride our tandem bike too).

after biking, we had a clam bake at our house for dinner.  (we had a clam bake for ryan's birthday two years ago, and he liked it so much that he wanted to do it again!)  we had clams, shrimp, kielbasi, potatoes, corn on the cob, coleslaw, homemade pickles, and ice tea.  it was so easy to make since everything just cooks in one giant pot.  it was a great summer party menu.

we had such a great time celebrating ryan's birthday with our families on saturday.  i can't believe he's 30! 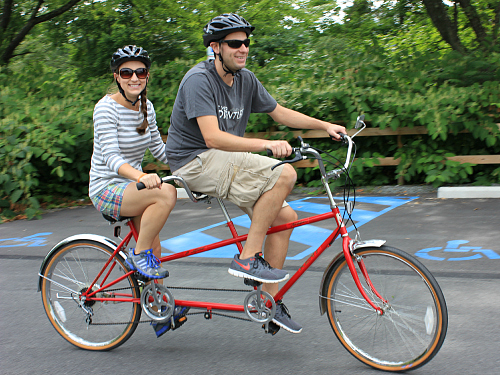 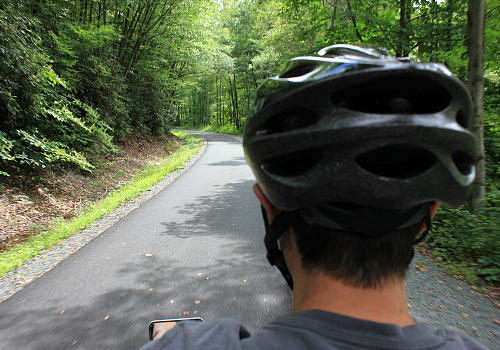 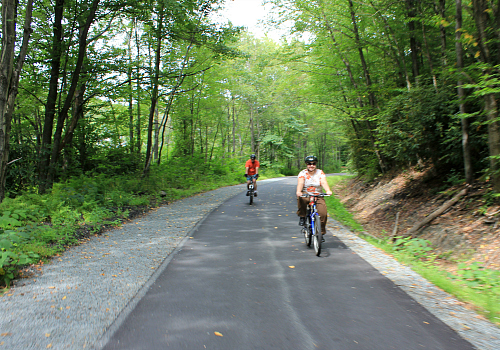 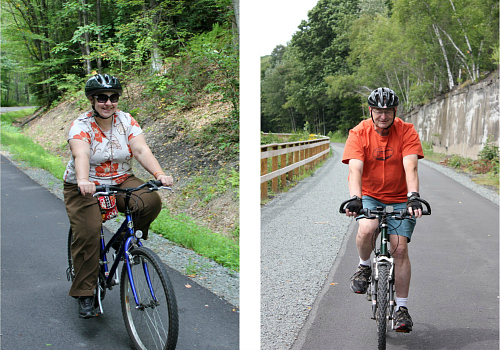 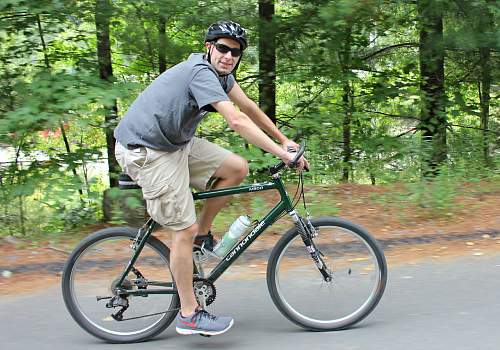 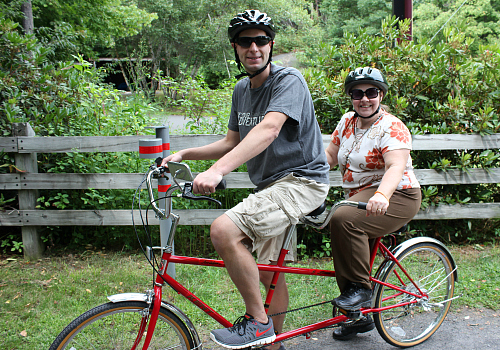 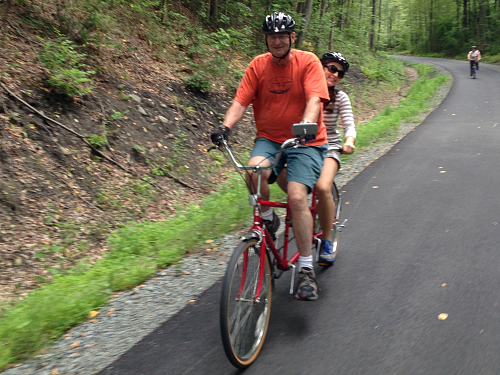 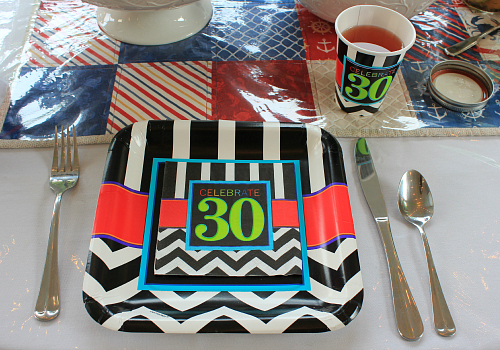 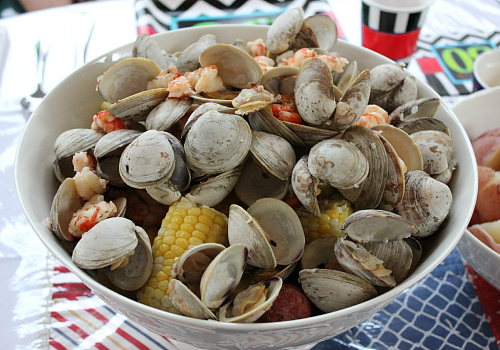 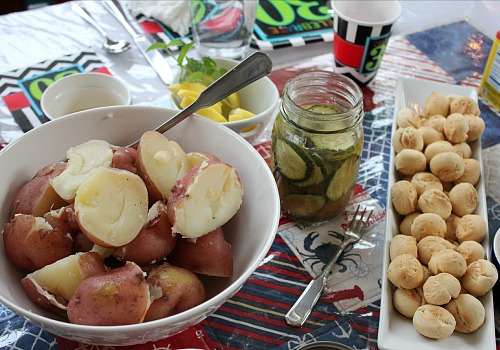 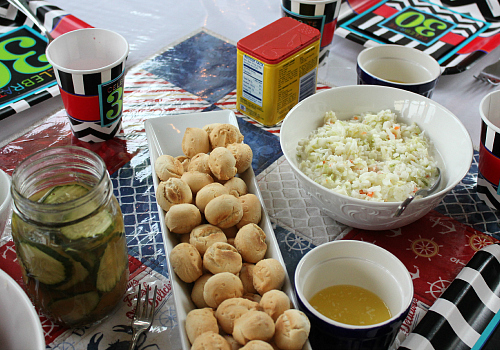 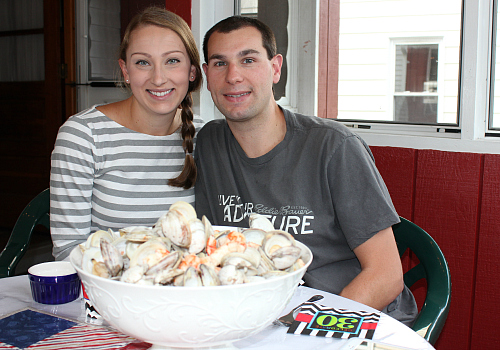 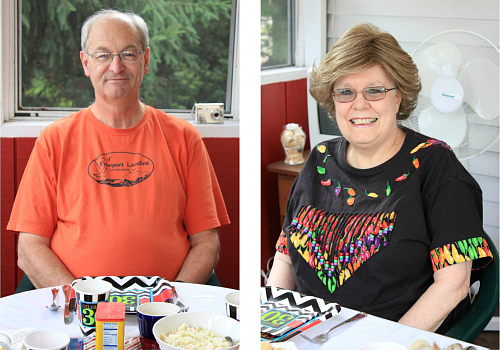 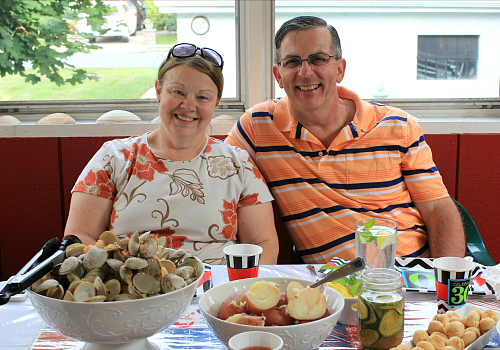 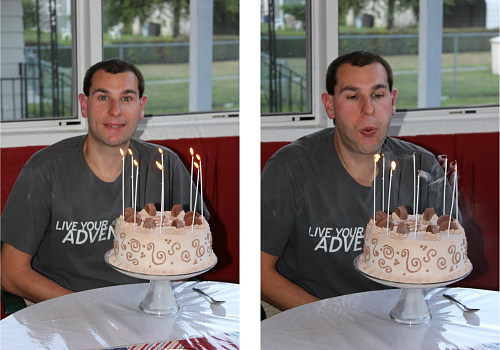 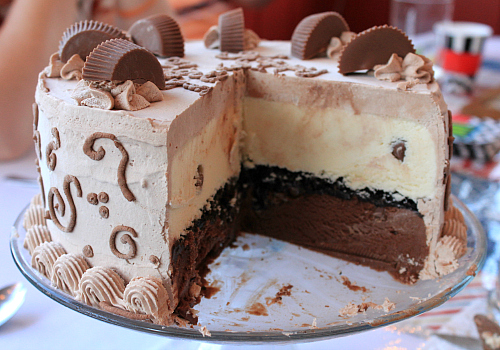 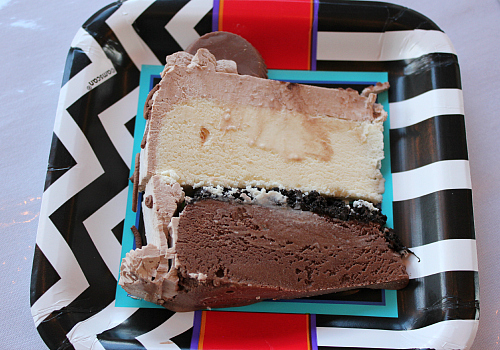 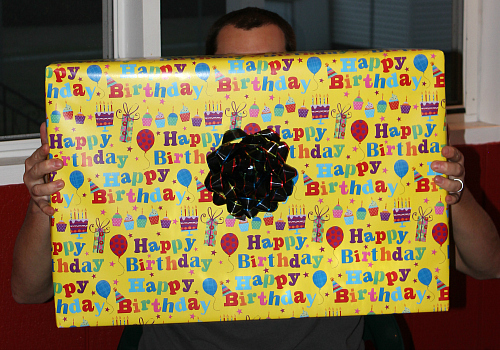 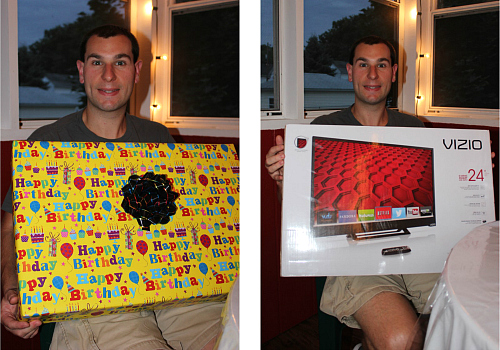 We had a very nice time at Ryan's party. It was a nice day starting with a BBQ Chicken lunch at the fire house and the walk to and fro.
Then an 8.6 mile bike ride. Do you know the last time I have been on a bike? I am still sore. The clam bake was delicious and so was the cake. The problem with an ice cream cake is that we couldn't take any home.

I'm happy that everyone enjoyed the day. It looks like a lot of fun. I am sorry that I could not be there with everyone, but I will hopefully see you soon. The cake looks fantastic!!!