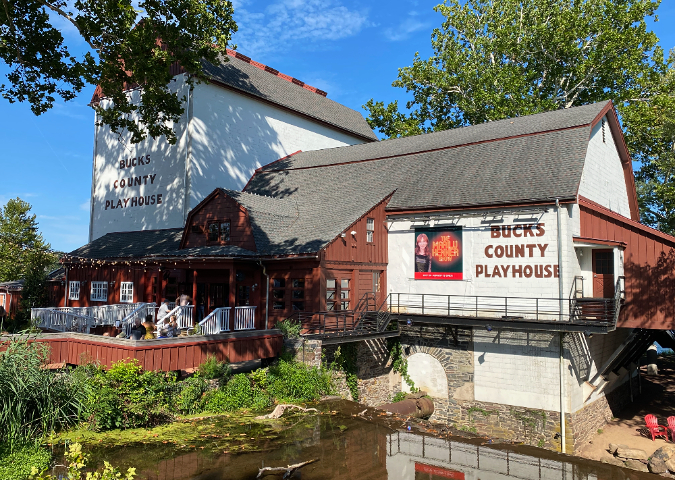 we had the nuttiest experience on sunday, honestly it was such a whirlwind . . .

when we saw my parents on saturday for ryan's birthday party at knoebel's, my mom mentioned that marilu henner was starring in a show at the bucks county playhouse in new hope, pa.  marilu henner is famous for many different things (television, movies, broadway, books, etc.) and we've watched her most recently in the aurora teagarden movies on the hallmark channel and on dancing with the stars.

on sunday morning we were talking about how neat it would be to see her in person so we looked up the details of the show online.  we were surprised to see that the show was only running for a few days and that sunday was the last day.  it was already mid-morning after breakfast and the playhouse is a good ways away from where we live.  we knew that we would have enough time to make the 2pm curtain which was the very last show of the run.  i quickly purchased tickets online, we got ready, packed sandwiches, and jumped in the car.

only a little ways into our trip we got suck in the most ridiculous traffic.  we were practically at a standstill for the longest time.  when we finally got onto another highway, we were shocked to see traffic backed up there too.  what on earth was happening on all of the highways on sunday?!  we lost so much time sitting in traffic backups, but we knew we'd still make the show in time because our estimated time on the gps was still long before the show was scheduled to start.

once we finally made it down to the town of new hope our jaws dropped when we saw the nightmare of traffic congestion there.  it was absolutely insane and i've never seen anything like it.  the whole town was bumper-to-bumper on the roads and people were shoulder-to-shoulder on the sidewalks.  i was only three-tenths of a mile away from the theatre but had no way of getting there because every street was like a parking lot and there was absolutely no where to park, turn around, or pull over!

we finally decided to have ryan jump out of the car and walk down to the theatre.  at this point it was show time and i was so upset that we had driven all of that way and we were going to miss the show.  ryan walked down to the theatre and called me to say there was truly no parking anywhere in town.  the box office staff confirmed how insane it was and said that there was a huge car show in town which was to blame for the insanity.  i drove around as he talked to the staff.  they held the curtain as long as they could, but they eventually had to start the show.  (the playhouse parking lot attendant said not only were they full, but they had shoved 80 cars in a parking lot with 50 car spots, good grief!)

i kept driving around praying for a parking spot to open up with no luck at all.  i convinced ryan to ask the playhouse for a refund because i couldn't get out of the car!  they gave us a full refund for our tickets because they felt so badly for us.

i circled back around in front of the theatre to pick up ryan.  we started driving out of town and crossed the bridge over the deleware river to new jersey in order to head home.  once we got into new jersey, we found a hotel that had a parking lot with one spot left.  i ran into the hotel and explained my crazy story, and they felt bad and allowed us to park there.

let's pause a moment to appreciate that fact that we had to park in another state!

we ran over the bridge (gosh it was long) and down the streets to the playhouse.  i definitely have shin splints now.  the box office staff were a bit surprised to see us.  we quickly repurchased tickets and got to see the rest of the show.

wheph!  it was such a crazy adventure to get there.

after the show, the box office staff asked us "well, was it worth it?"

honestly, it was.  the show was so good!  we were so incredibly close to marilu (even though the theatre was packed, i don't know how we got such good seats because they weren't our original seats).  she was incredible and i'm so glad we got the opportunity to see her in person.

our heads were spinning after the show and we were famished (because our packed food was over in new jersey) so we found a little restaurant a few doors down from the playhouse and sat outside to share sandwiches.  before driving home, we walked up and down the main street for a little bit to stretch our legs.

the things we do for theatre!  ha!  (one day i'm sure i'll laugh about all of this, i'm just not quite there yet!) 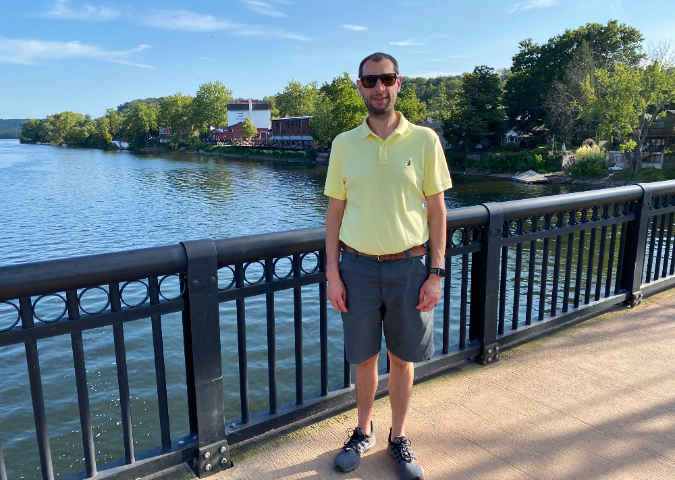 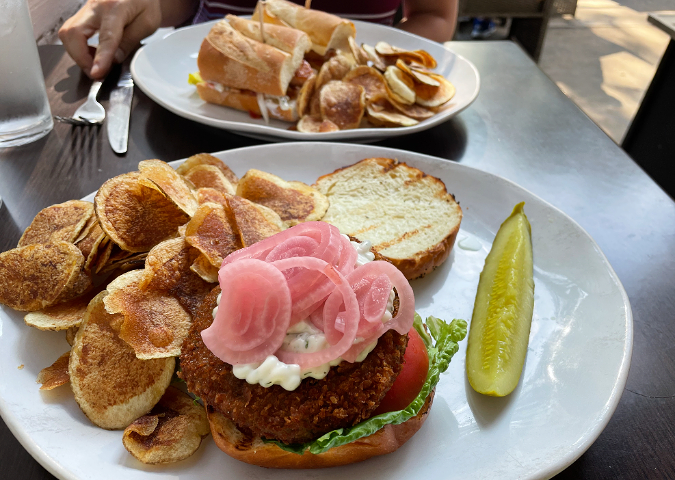 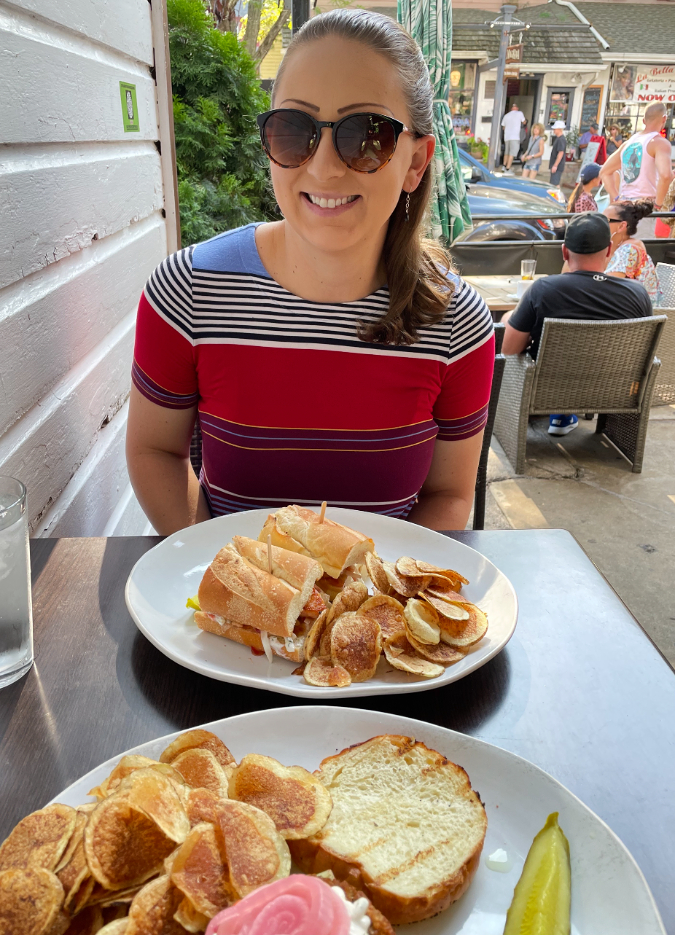 Oh, good grief, what a day you had!!! I'm so glad you finally got to see at least some of the show after all that effort. I liked Marilu Henner in Taxi. Your food looks delicious and the photos of you and Ryan are very good. The weather looks beautiful.

What an adventure. You really lucked out with the parking space. I am glad the show was worth it.