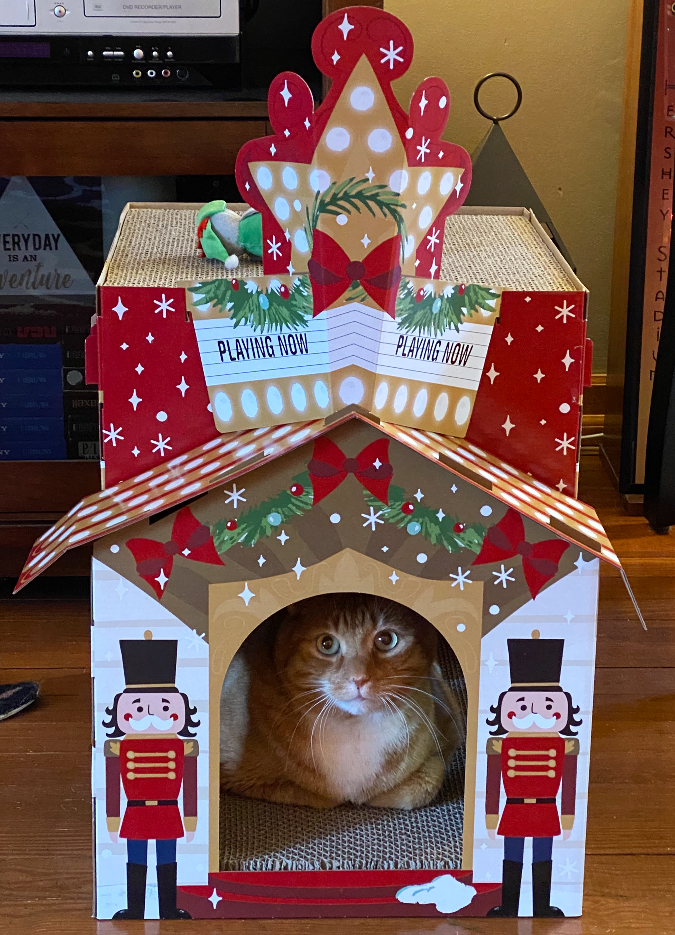 for leko's ninth adoption anniversary last week, we bought him this adorable double decker theatre-themed cat scratcher house that we found on sale at target.  we thought it was absolutely the cutest thing since we work in the theatre and the fact that it has nutcrackers around the outside of it really sealed the deal.

it was delivered last monday and we promptly assembled it when we got home from work.  leko investigated it, but refused to go in it.  during the week, i tried to coax him into it by putting his dinner plate inside.  finally on saturday, i looked over and saw that he got in it all by himself!  i grabbed the phone to snap photos to show ryan! 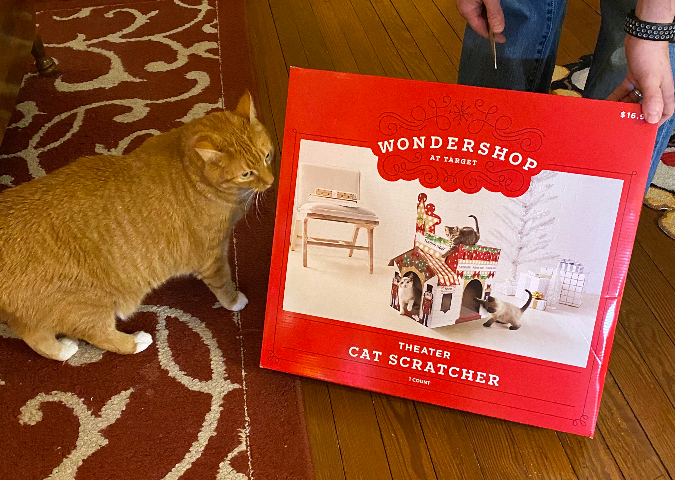 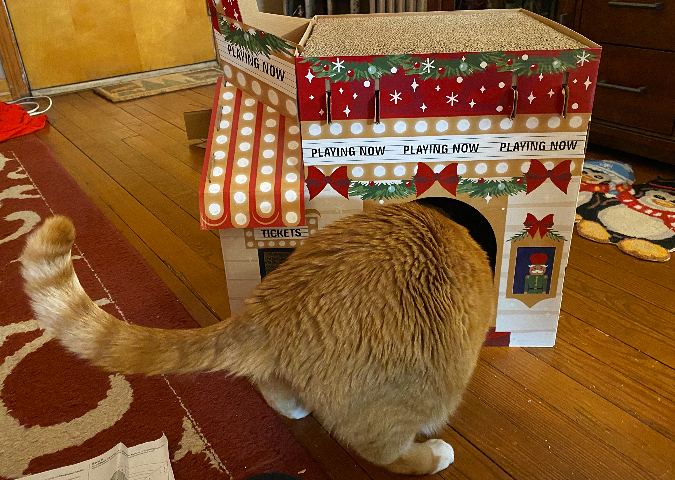 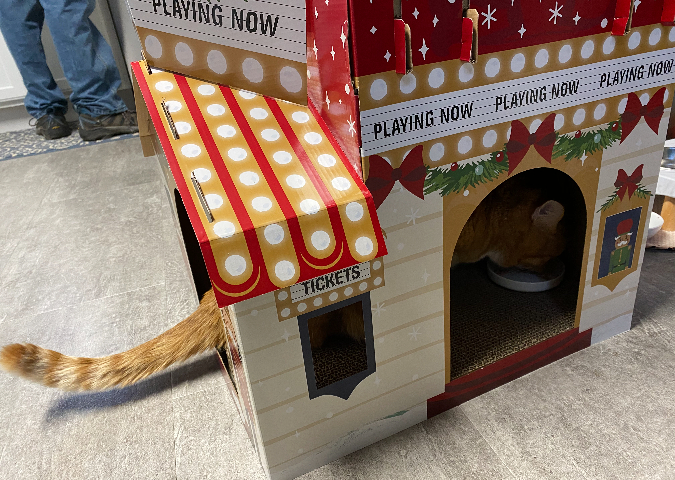 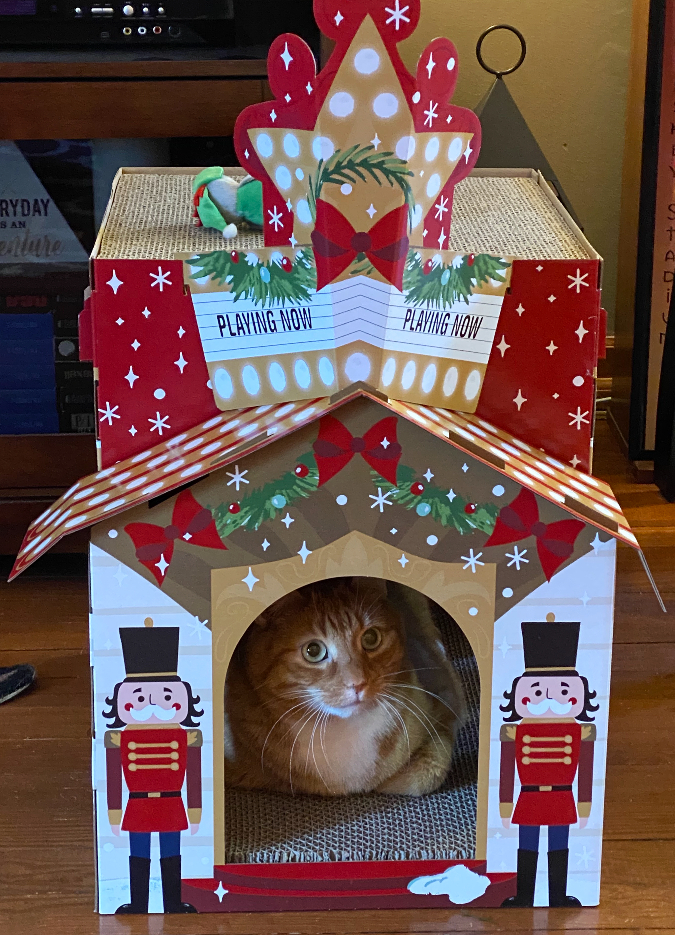 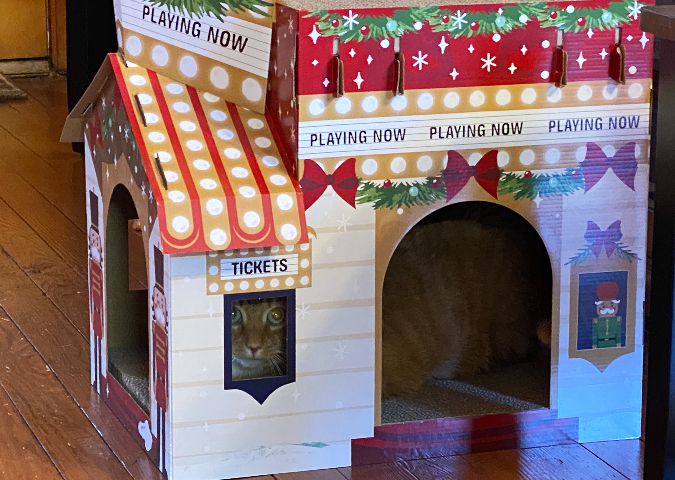 his little face peering out of the box office window was just too cute!

I think that theater is so cute and perfect for the theater family.
I love the picture of him looking out with the two nutcrackers on each side. That should be the mascot photo for the shows next year and put on the front of the programs.