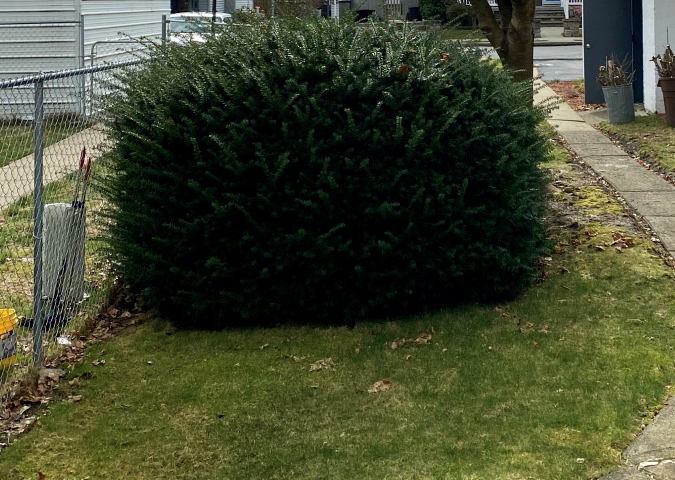 the weather on saturday wasn't as warm as it was on friday, but it was still a beautiful day.  our second quarantine project was a big one!  (to be honest, i don't think we understood how much work this would be before we started!)

we started the morning off by trimming back many branches on a tree in our backyard.  after that, we tackled a large bush.

when we bought our house a decade ago, we inherited this ugly bush in the backyard.  it was much smaller 10 years ago, but it has grown significantly.  we really hate it and it just collects dead leaves and spiders.

well, we did it and we were completely worn out!  after cutting down the whole bush, we were not too happy to find out that there were three stumps instead of one.  it was a humongous project to dig out all three stumps, but we did it!  (and we were absolutely filthy by the end of it!)

victory was ours over the bush and we're thrilled with the end result.  we look forward to planting grass later in the spring.

ryan snapped some pictures along the way . . . 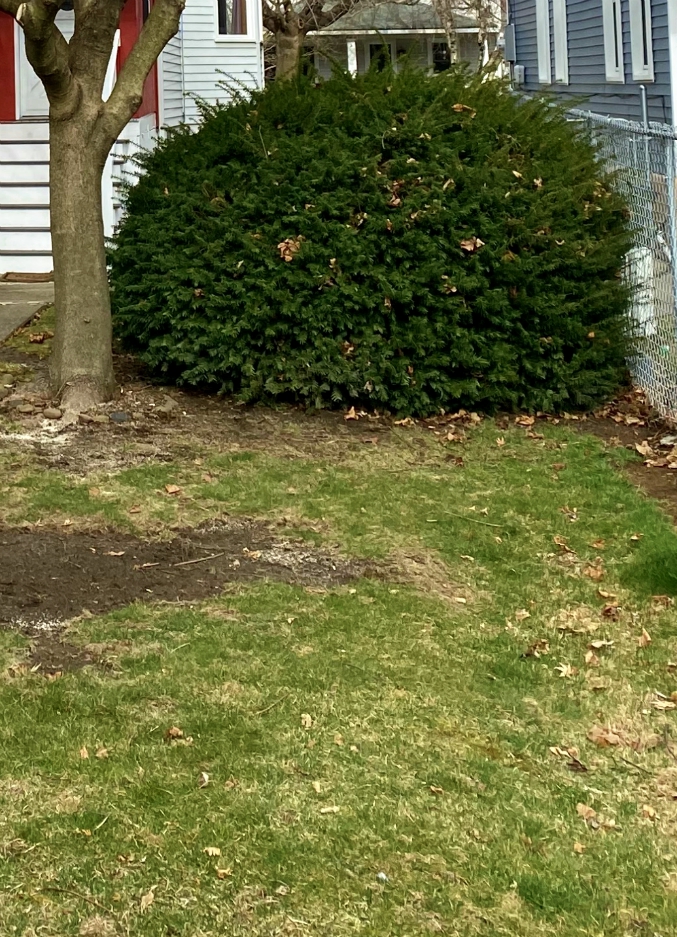 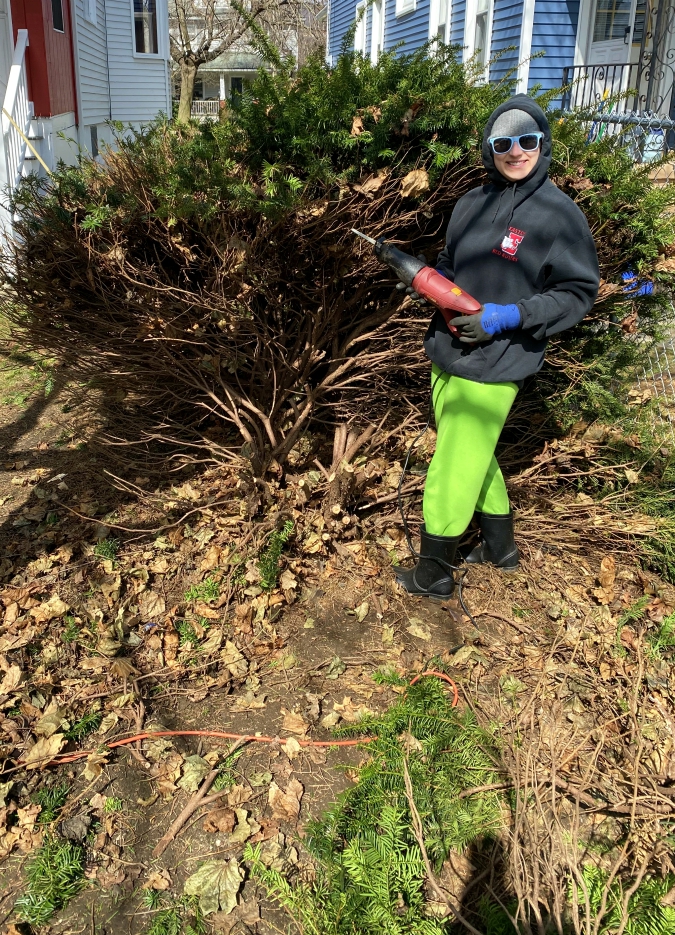 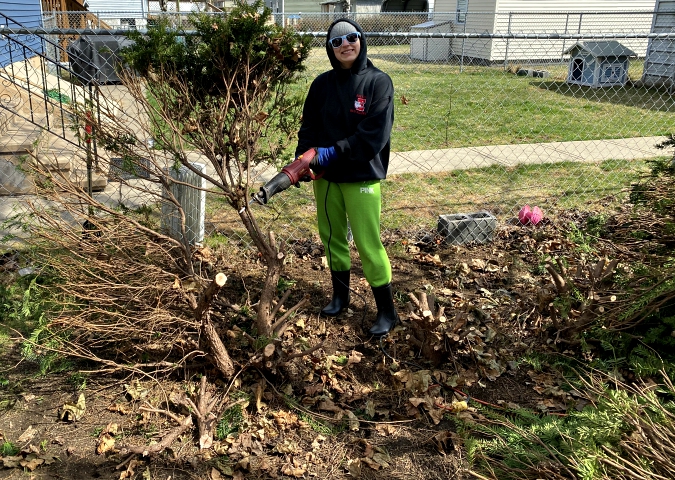 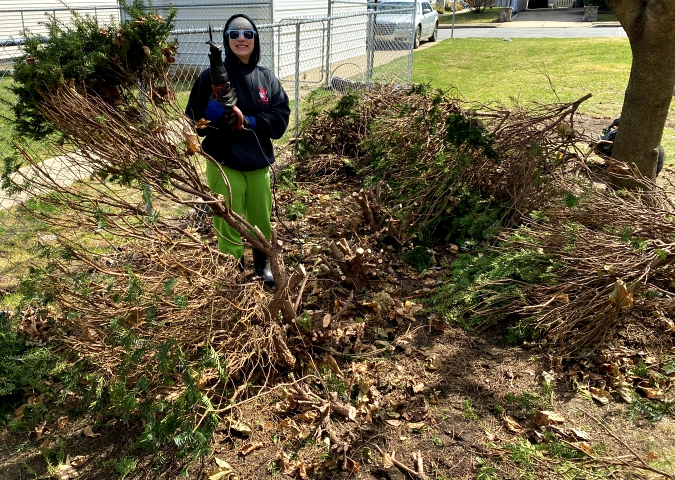 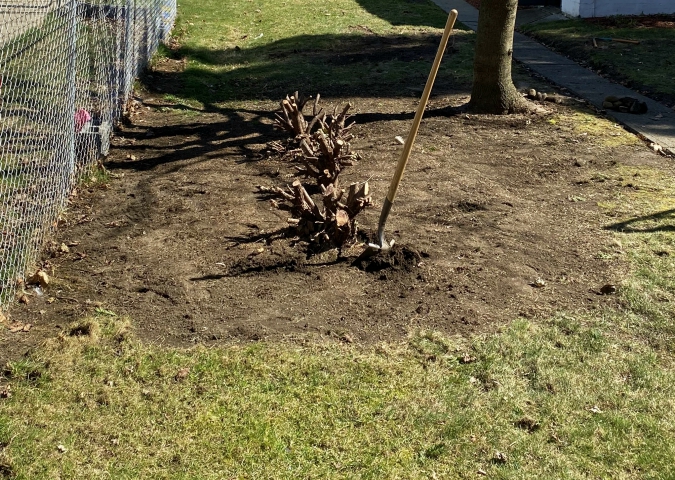 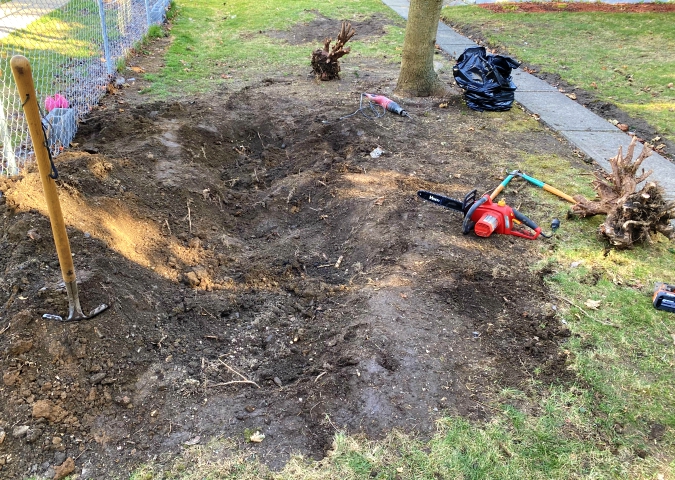 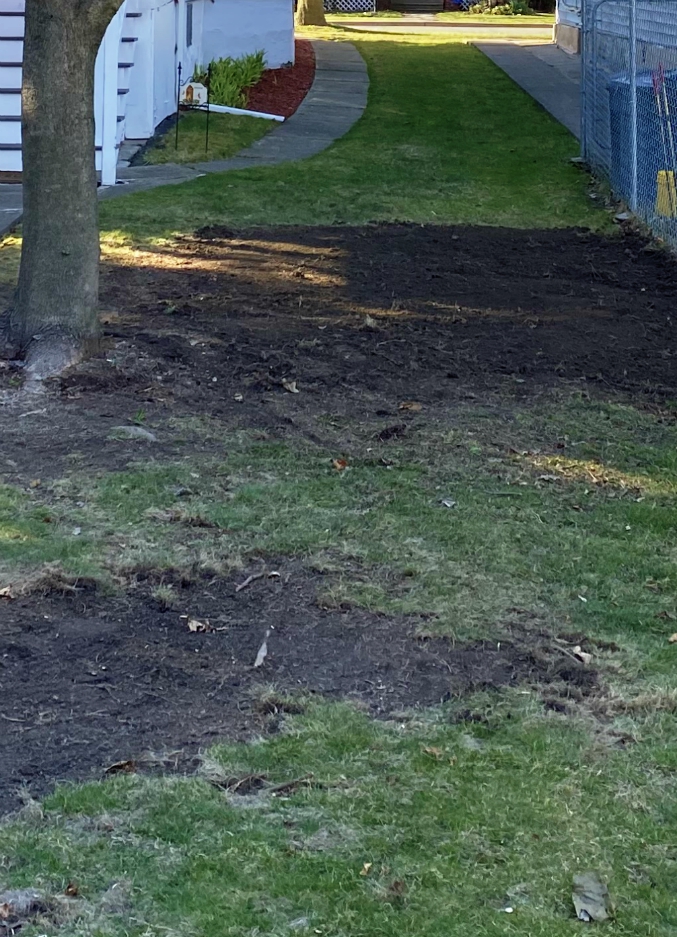 Wow, your yard just grew by removing those bushes!

You guys are landscapers too. Look nice.