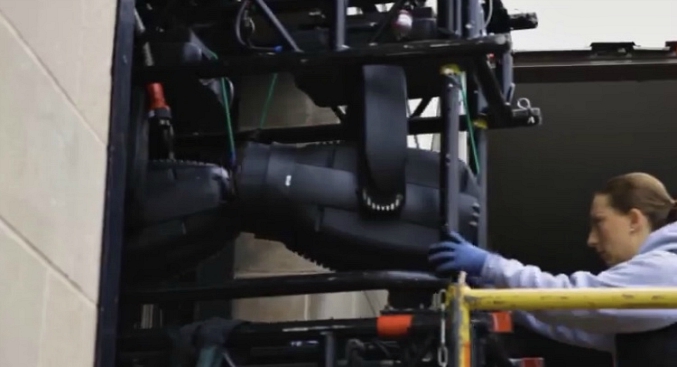 one of the local theatres where ryan and i work brings the national tours of broadway musicals to town regularly.  it's always a treat to get to work on these full-scale broadway shows while they're on the road.  recently, our local venue produced a short commercial to advertise some upcoming shows for the remainder of their season.  i was watching the commercial on instagram and leapt up and said "hey, that's me!" when i recognized myself in the first few seconds of the commercial.  i only appear for a split-second, but i'm there!  it was filmed while i was working the load in of "a bronx tale" last month.  it took me a few trys but i was able to screen shot it at the moment where i appear.  here's the commercial.  see if you can spot me (i'm in the very beginning)!

I found you! That's pretty cool!

Yes, I saw you. You were in a commercial, what a shining Star!