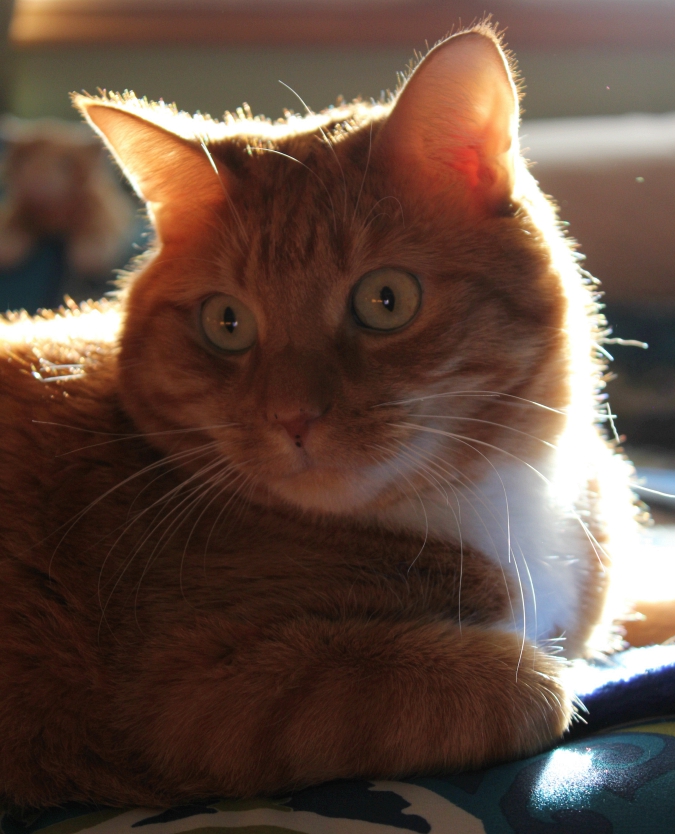 on saturday morning, punxsutawney phil came out of his hole and did not see his shadow, predicting an early spring!  in keeping with tradition, leko also conducted his own groundhog day experiment.  he checked himself out near several different windows around the house.  he concluded his experiment determining that although there was a little bit of sunlight peaking through outside, he did not see his shadow.  i like these conclusions from both punxsutawney leko and puxsutawney phil!  i'm more than happy with an early spring because i'm sick of winter!

I hope they are right. Spring coming early is a good thing. I am sick of cold and winter.

I also like his prediction for an early spring. Today gives me spring fever - 60 degrees and sunny! This is a great photo of Leko.