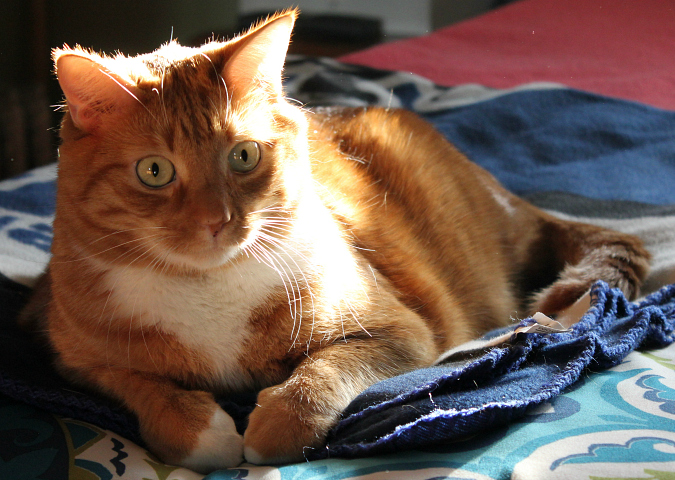 last year, we explained groundhog day to leko and he thought it was pretty silly.  he didn't want phil the groundhog to get all of the attention, so he woke up on february 2nd, looked for his shadow, and declared it "groundkitten day."  since he's very thorough, he tested three different windows last year to assess the shadow situation and eventually decided that he did not see his shadow (which predicted an early spring).

since today is groundkitten day, leko continued his kitten data collection and analysis again this year.  once again, he tested three windows around our house this morning at 7am (with a little help from his mama and papa who have a combined total of 13 years experience working in a research department).  he collected data from the window over our kitchen sink, the window in our bathroom, and the double windows in our office.  from all of that assessment, he concluded that we would have an early spring because he did not see his shadow near any of the windows!

around 8am we were in our bedroom getting ready for work, and the sun started to come through our bedroom windows.  leko saw a little bit of his shadow from the bright sunlight, but he deemed that it didn't count because he had already made his decision earlier at 7am.

so, there you have it folks . . . the groundkitten has spoken and predicts an early spring! 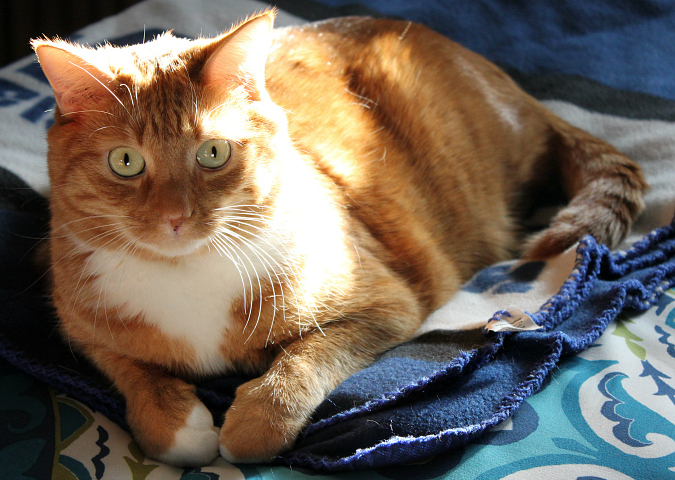 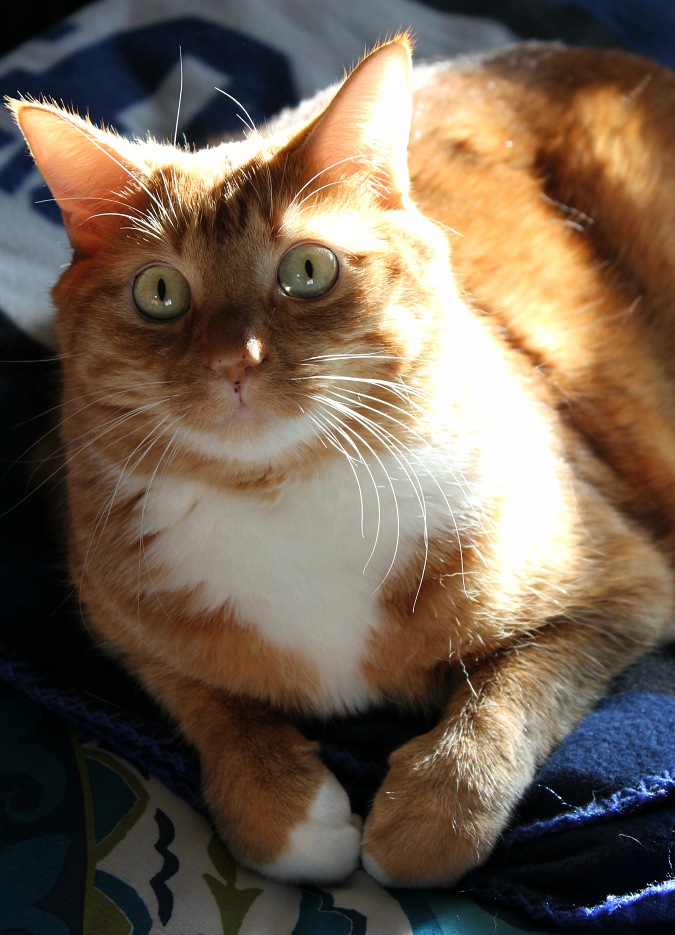 I love the way the sun is shining off of his beautiful fur.