let me preface this post by saying that ryan and i really love leko and yes, we may be a little bit crazy, but that furry guy is our entire world.  having said that . . . 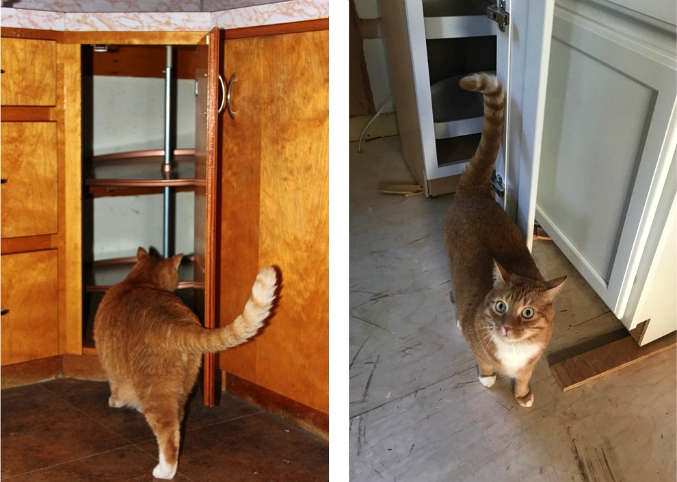 ever since leko was little, he has been obsessed with the one lower corner cabinet to the right of our sink.  even though both of our corner cabinets were identical, it was the right one that always interested him the most.  on a daily basis, he would walk up to it, open the door, and go inside to check things out and/or take a rest.  the lazy susan in that cabinet housed many of our small appliances.  it became a running joke between us that every time leko was doing that he was going to work because he worked in the small-appliance department at a store.  when he would go in, it was almost as if he would take an inventory.  if we had to get an appliance out of there to use, he would inspect it before we took it out and after we used it before it went back.  yup, we're nuts, but this whole thing became a super funny joke in our house.

right before our kitchen renovation started, we told leko we were so sorry that we would be closing his store by tearing it down, but that we were building him a new and improved store.  after we took all of our stuff out of the kitchen, we took a bunch of photos for the "before" shots.  leko walked up and opened the door to his cabinet to find it empty.  ryan and i practically started crying because leko was so confused.  i'm so glad i had my camera in hand already taking photos, because i got a "before" photo of him with his cabinet saying goodbye to his old small-appliance department.

leko didn't know what to do with himself after demo day when all of the cabinets were removed.  the day the lower cabinets were installed, leko wasted no time going to check out his new corner cabinet as soon as the workers left for the day.  we had to grab our phones to take a photo of him seeing his new cabinet for the very first time.  he looked up at us and told us he approved.  it was so cute!

listen, if you're still with me and still reading, thanks for not locking me up in a loony bin.  i swear my cat holds a part-time job in the appliance department at a local store!  here are a few other pictures we snapped during the renovation of leko checking out other parts of the kitchen for the first time.  the first time he checked out an upper cabinet . . . 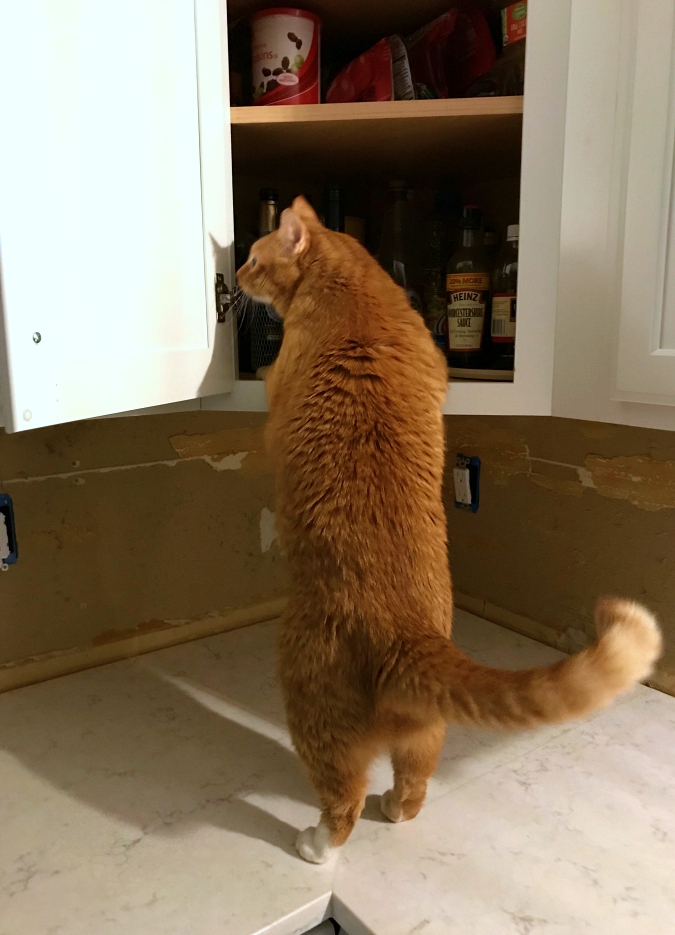 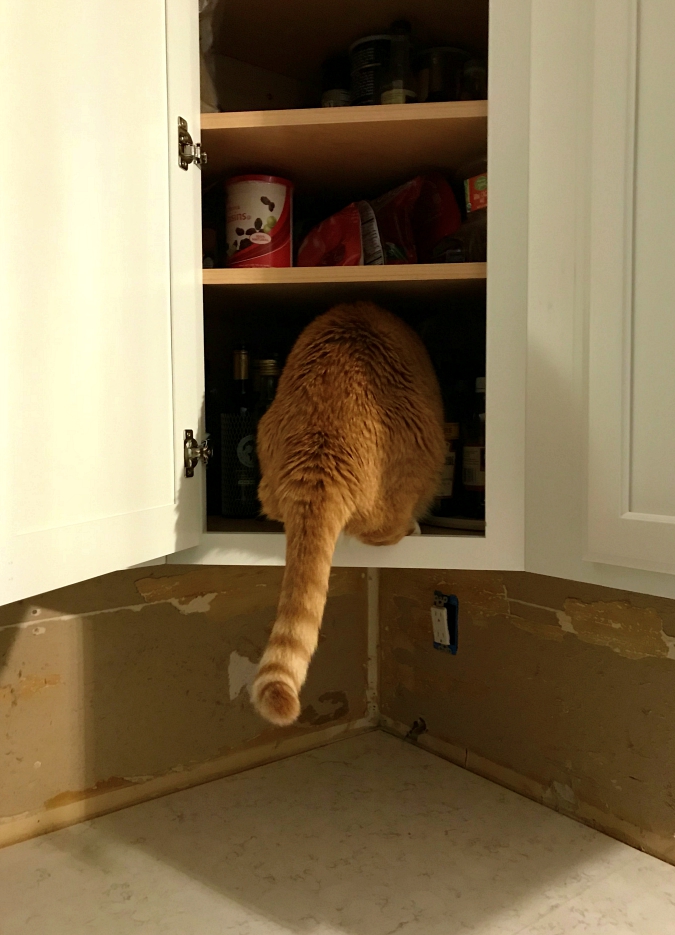 the day the sink was installed (he was thanking the kitten gods for running water again) . . . 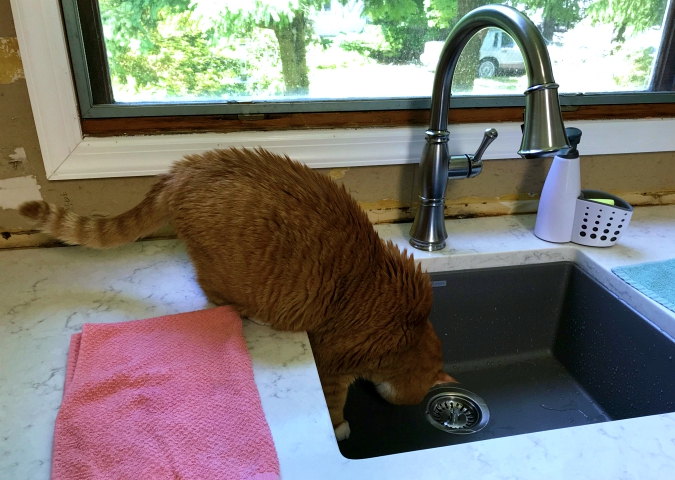 and the day the lower cabinets were installed.  ryan opened one of the drawers to check it out, leko ran up, jumped in, and went in the very back between the drawer and the wall.  we each had a heart attack and thought we were going to have to call the workers back after they had just left in order to remove the cabinet to get leko out.  luckily, ryan figured out how to rescue him . . . I hope you have cabinets that open for him. He liked investigating.

He really is a character! It's a good thing you still have a cabinet that he approves of.