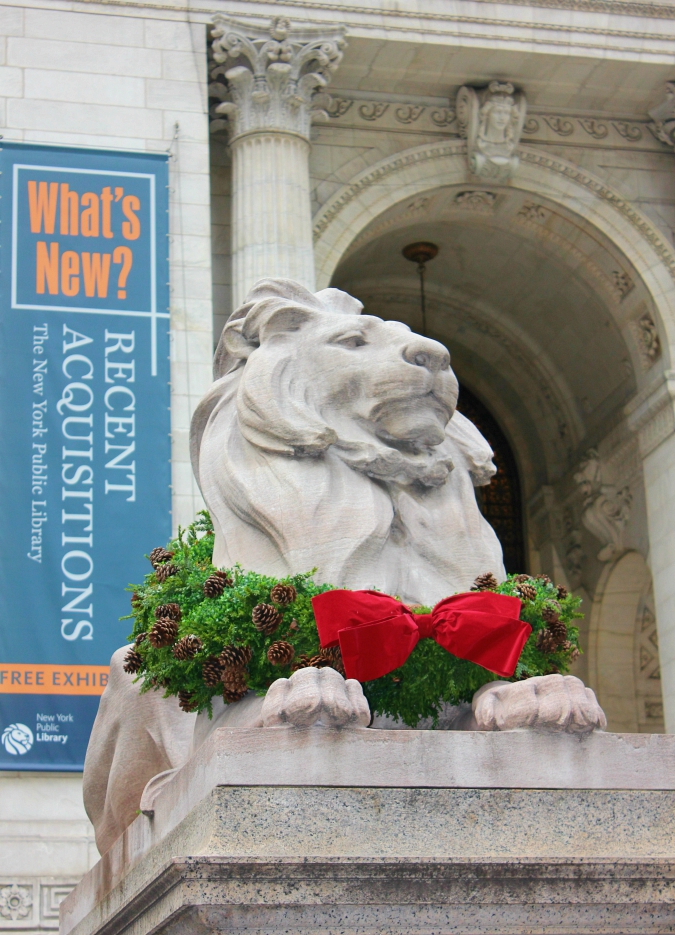 several months ago we planned a december trip to nyc but were disappointed when we had to cancel the trip because of scheduling issues.  since then, ryan has been saying that he wants to get into nyc before the holiday season is over to see the city decorated for christmas, which of course is something that i can't argue with because our shared love for nyc runs deep.  for the past several weeks we have been trying to think of when to squeeze in a trip, but had to keep changing our plans because of weather and a bunch of conflicts.

this past weekend, we were shocked to see that we both were free on sunday and had nothing on our schedules.  even though we both had to work a load out late on saturday night, we decided last minute to just go for it and wake up super early on sunday to take a trip into the city.  we knew it was going to be cold, but we layered up (two pairs of socks, 3 shirts, thick jackets, scarves, ear muffs over hats, etc.) to stay as warm as possible.

we love nyc year round, but there is something special about it at christmas time.  we opted to save some money and not see a show.  instead, we wanted to spend the entire day walking around and soaking up all of the christmas sites.  (like the lions above with christmas wreathes around their necks outside the ny public library.)

one of the main things on ryan's wish list was to see as many of the department store christmas window displays as possible.  i put together a list and we started at the macy's on 34th street and worked our way up.  i loved how colorful macy's windows were and their nyc theme this year.  we were there at a great time because it wasn't too crowded so we were actually able to see the windows up close . . . 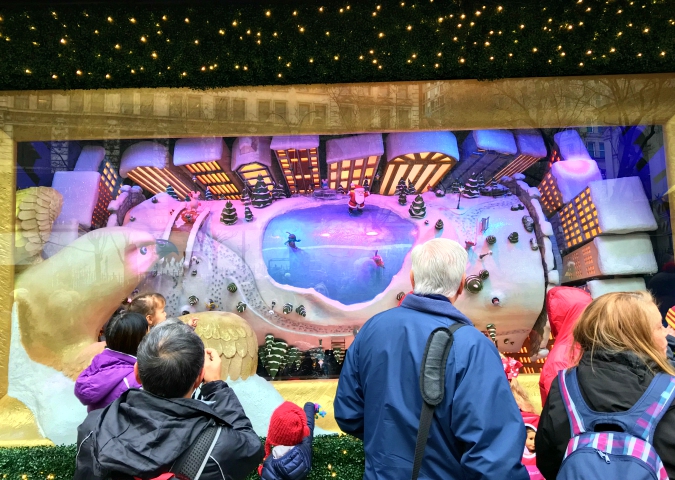 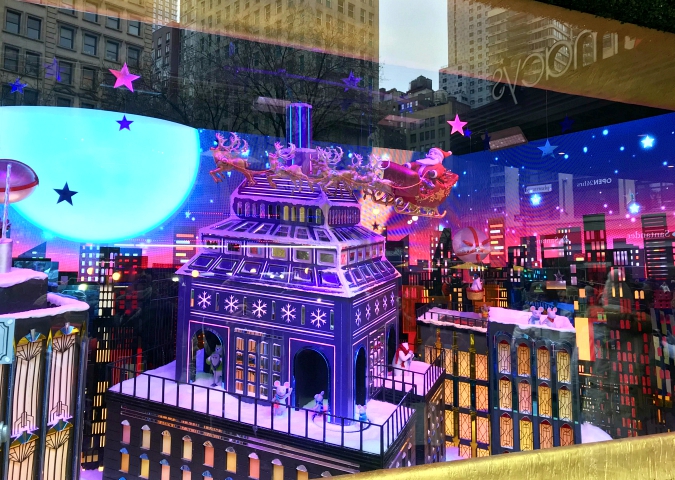 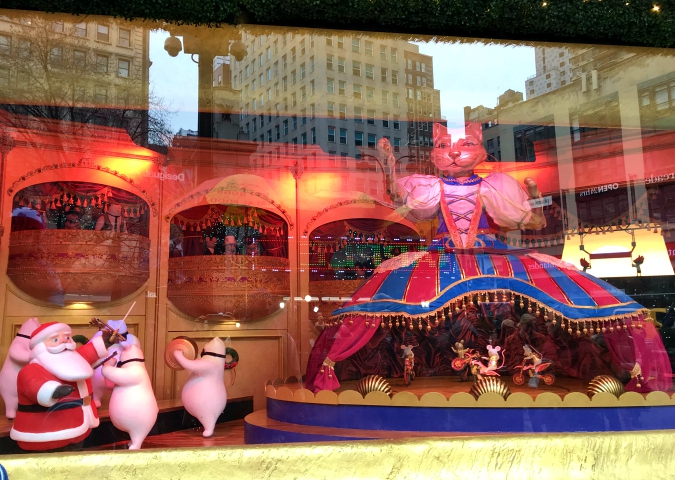 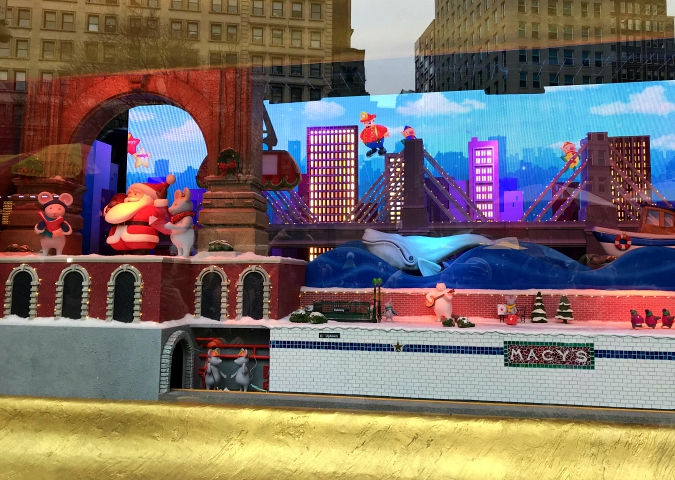 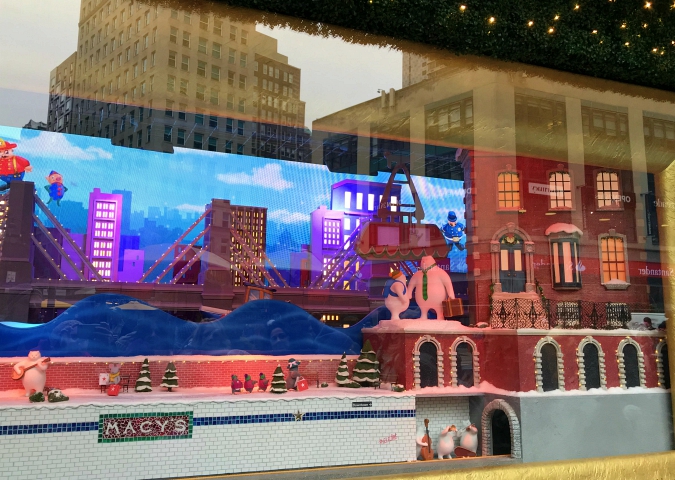 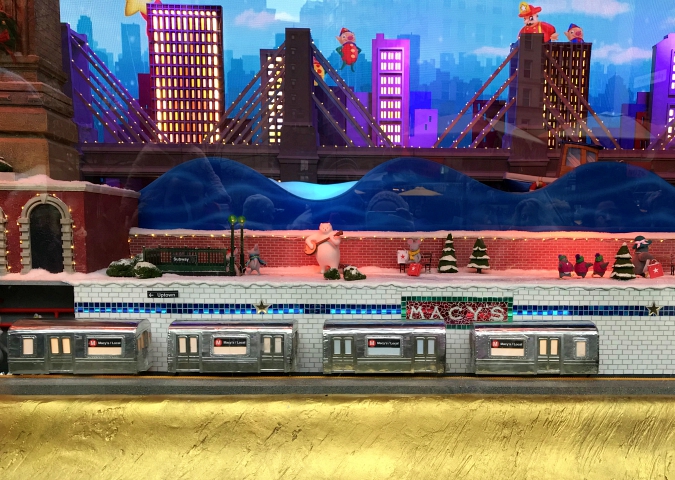 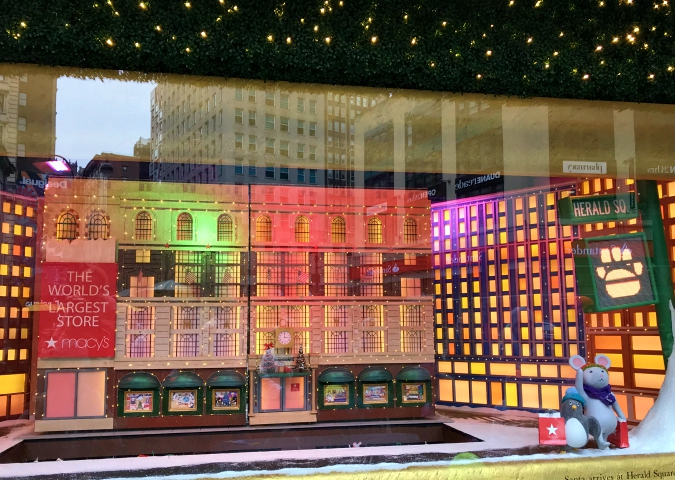 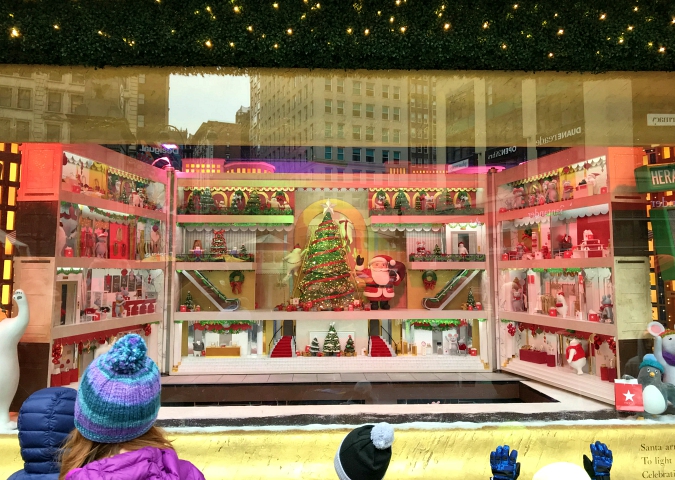 the second department store we visited was lord + taylor on 5th avenue.  i loved how they covered their building in greenery and lights and ryan liked the cute little squirrels with red scarves scattered among the leaves . . . 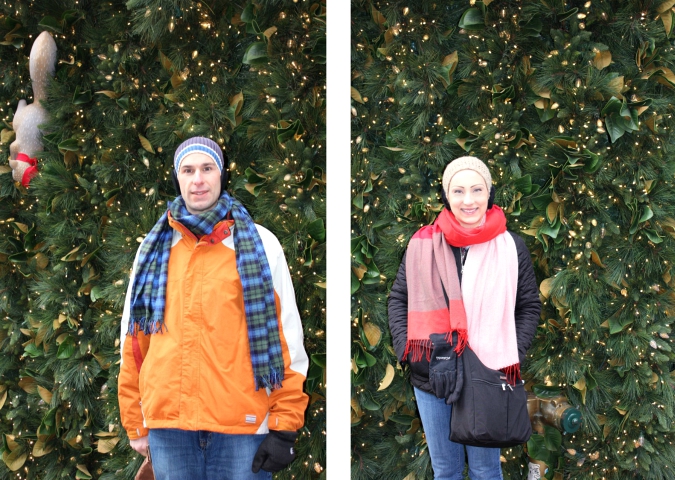 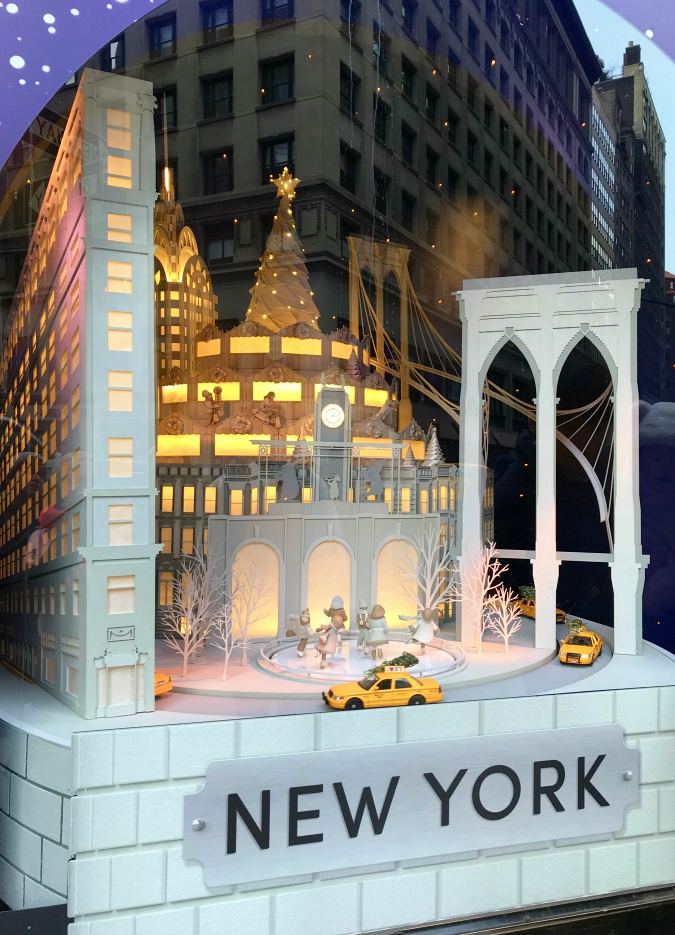 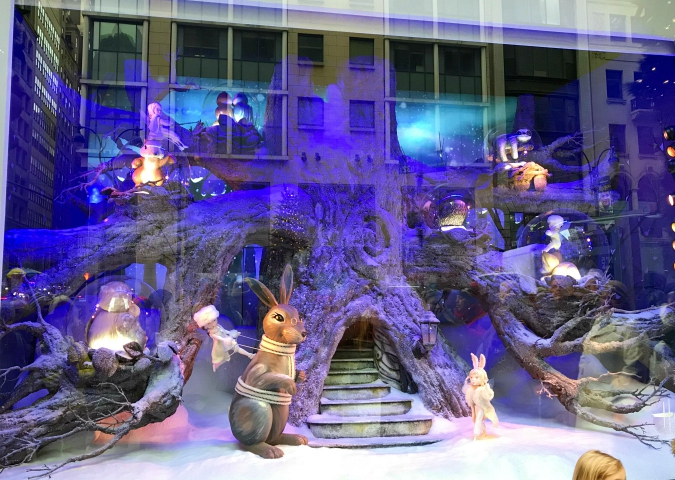 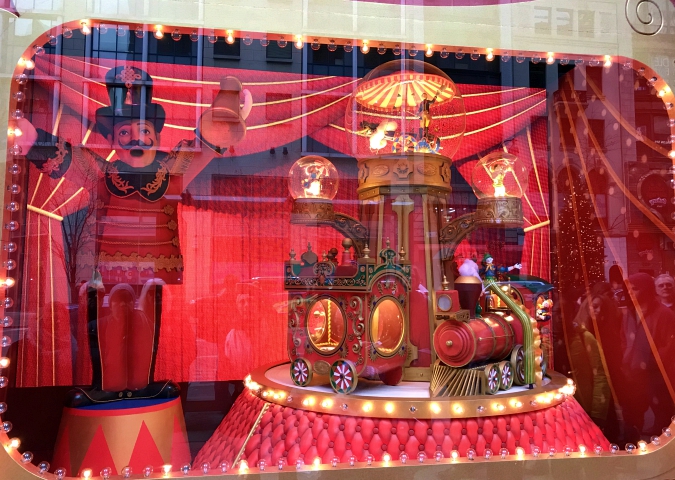 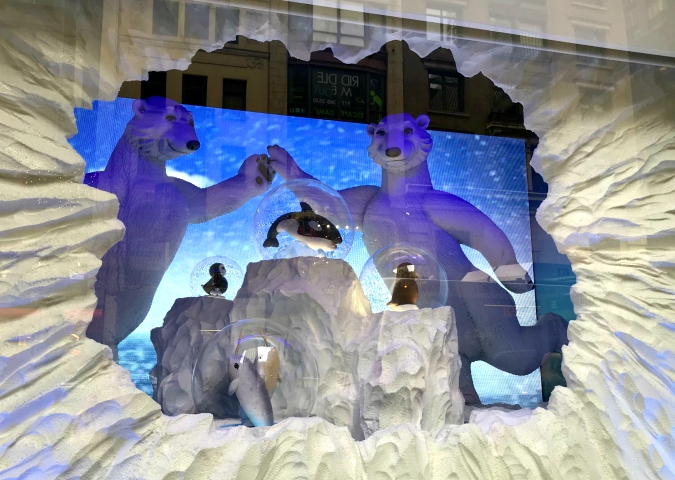 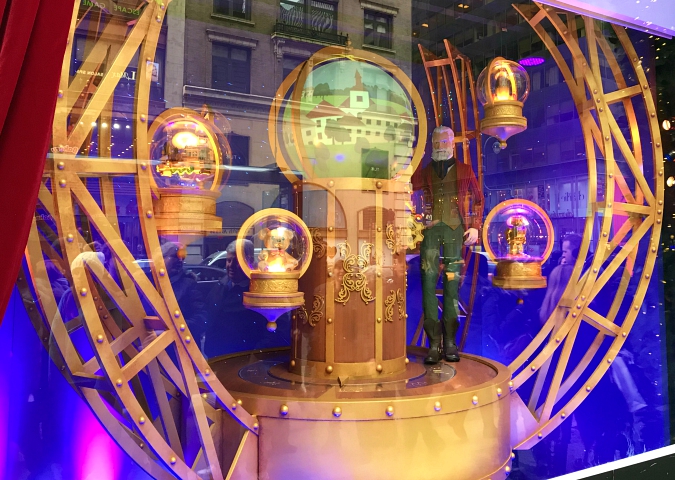 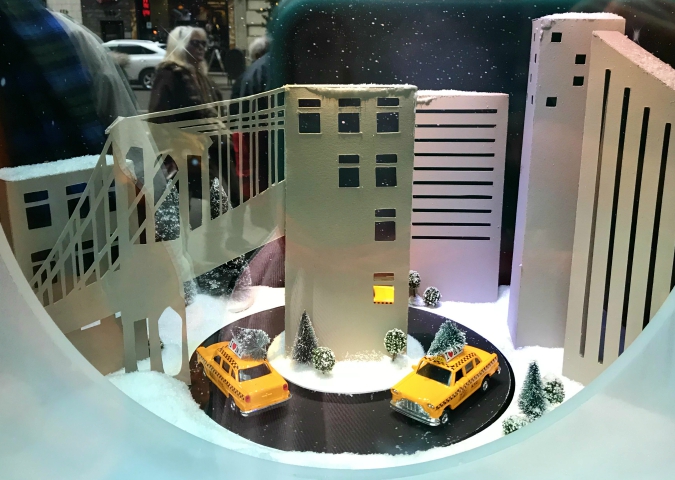 i was excited to see the display at saks fifth avenue because it is snow white and the seven dwarfs themed this year to celebrate the 80th anniversary of snow white.  unfortunately, we got to that area around the time that every person in manhattan decided to come check out the rockefeller christmas tree (right across the street from saks) making the sidewalks a nightmare.  there was a line just to see the snow white windows, and we didn't want to wait in line wrapped around the block, so we soaked in a much of the display as we could while walking by on the sidewalk.  i did love how the entire facade of the store was decorated to look like a castle.  i managed to snap a few pictures as we passed by . . . 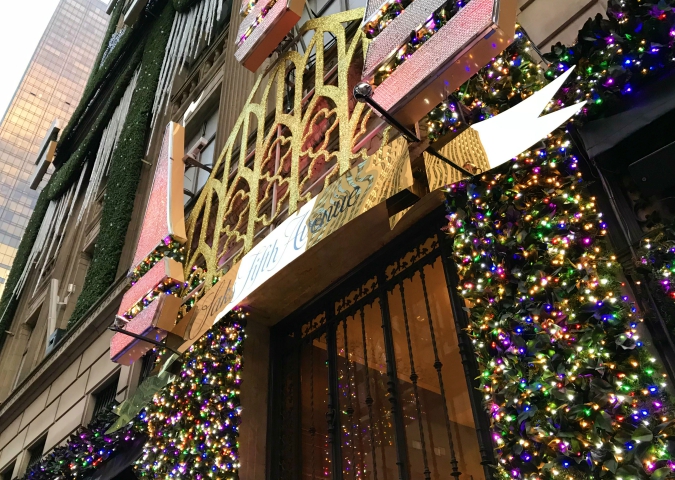 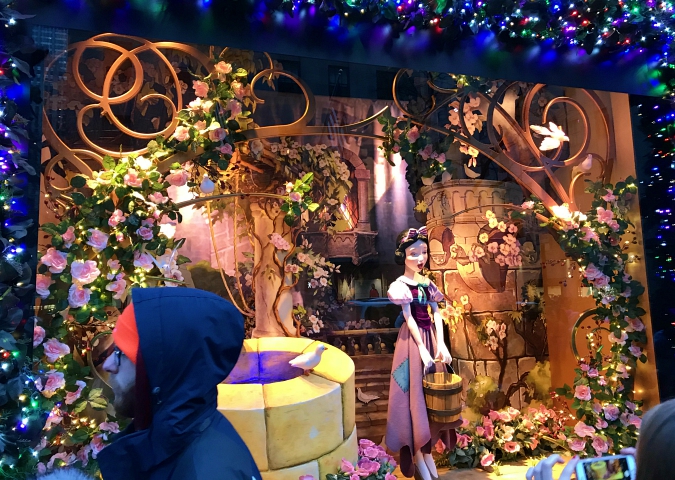 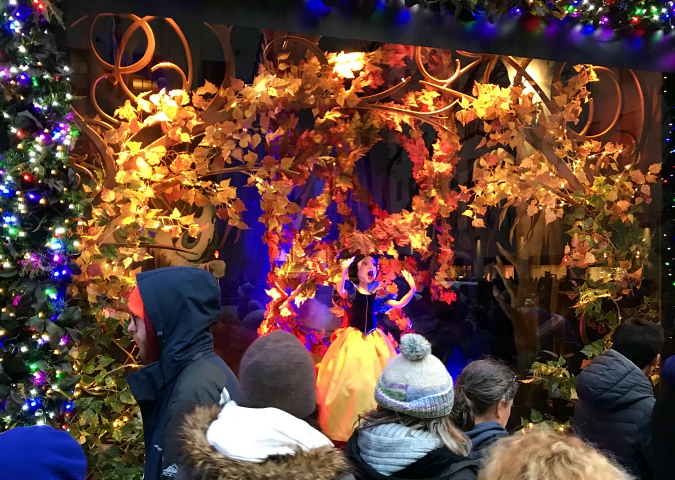 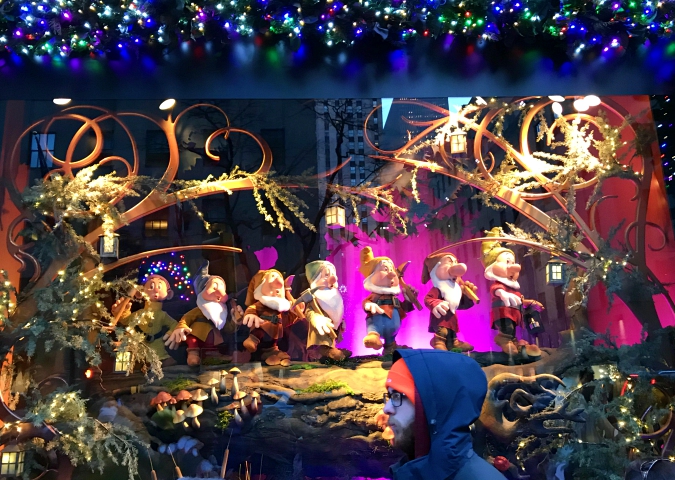 we needed to warm up, so we popped into grand central station to see the decorations inside and the annual holiday train show at the ny transit museum gallery.  (this is the third time we've seen the christmas train display but it never gets old!) . . . 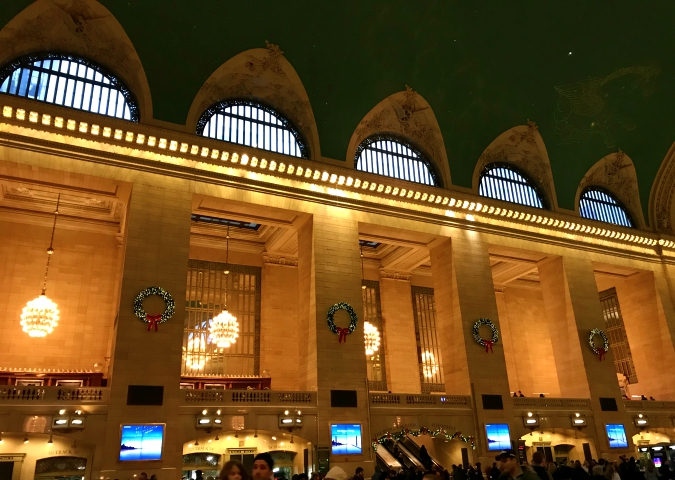 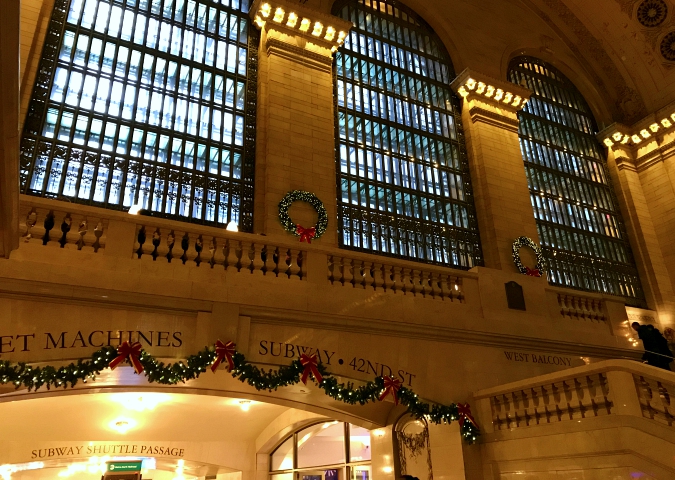 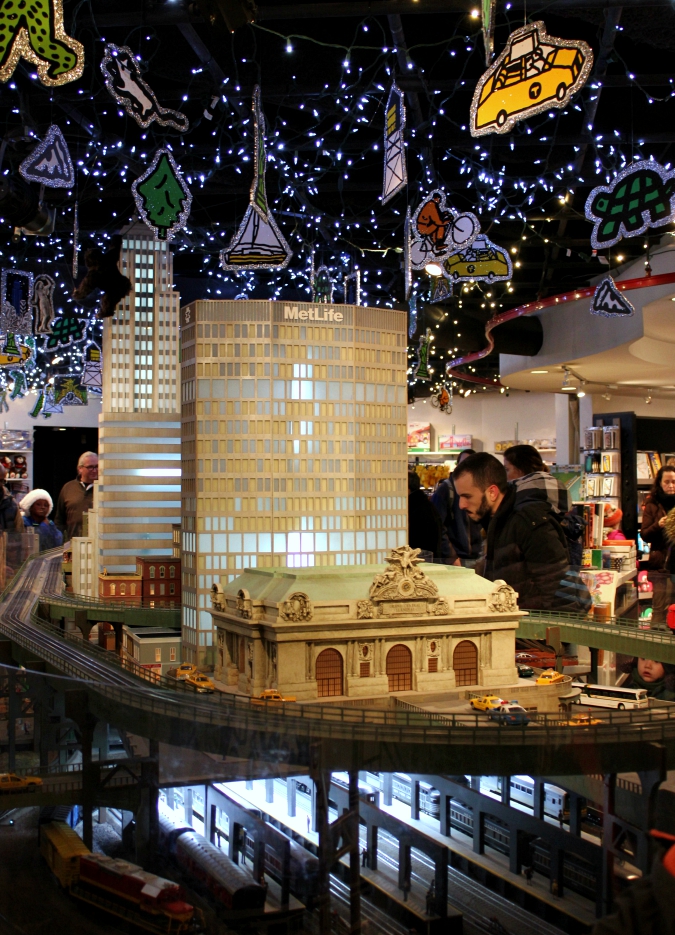 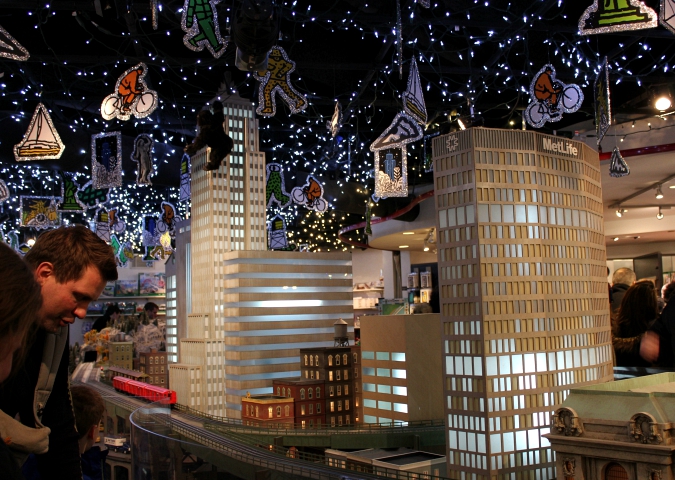 we also visited bergdorf goodman's on 5th avenue and barneys ny on madison avenue, but we didn't care for those displays as much so we kept our fingers warm inside our gloves instead of taking pictures.  lots more nyc pictures tomorrow!

The windows are sure decorated beautifully. Love the lion. No one does it better than NYC.

Wow, those windows are amazing!!! You were lucky to get so close to them. So much detail!