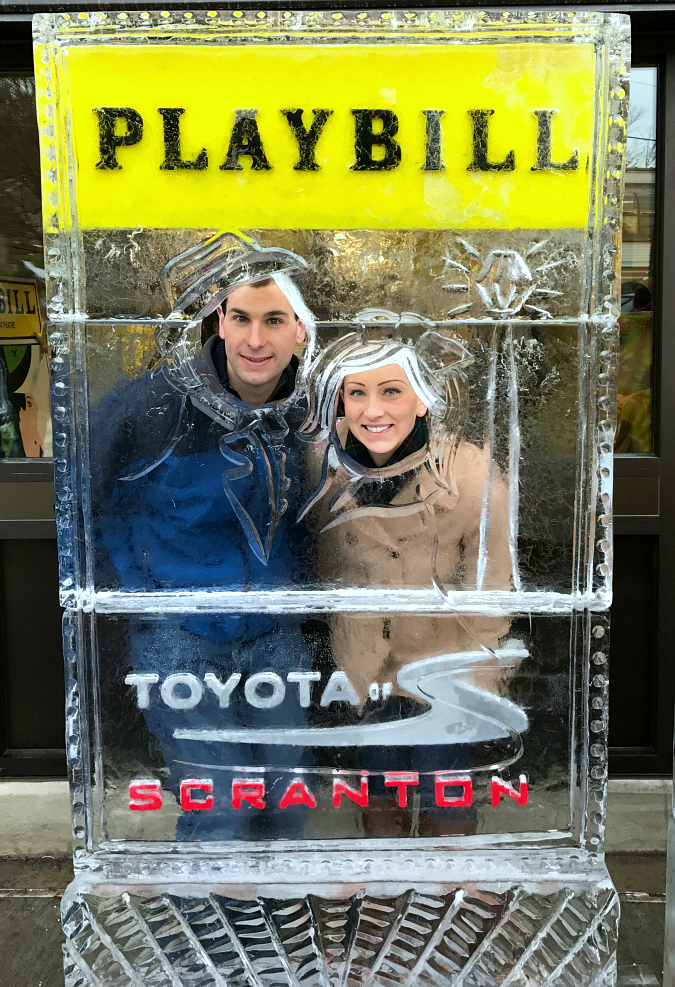 last year we visited clarks summit's annual ice festival for the first time and really enjoyed seeing all of the elaborate ice carvings.  when we found out that this year's theme was broadway, we just knew we had to go again this year.

on saturday afternoon, we took a trip over to clarks summit and walked around the town to admire the broadway themed ice carvings.  the weather was surprisingly mild, especially compared to last year when we absolutely froze in single digit temperatures.  it was so unseasonably warm that the ice carvings were starting to melt!

there were over 50 ice carvings displayed throughout the town.  we didn't see all 50 of them, but we sure saw a lot of them.  as we were walking around, ryan and i kept saying, "we did that show, we did that show, and we did that show."  between the two of us, we either worked or saw every show that was carved into ice.  here are a few pictures of some of our favorites . . . 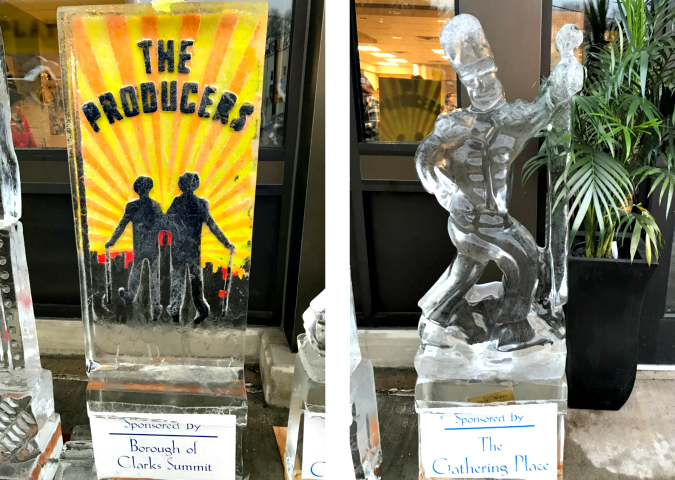 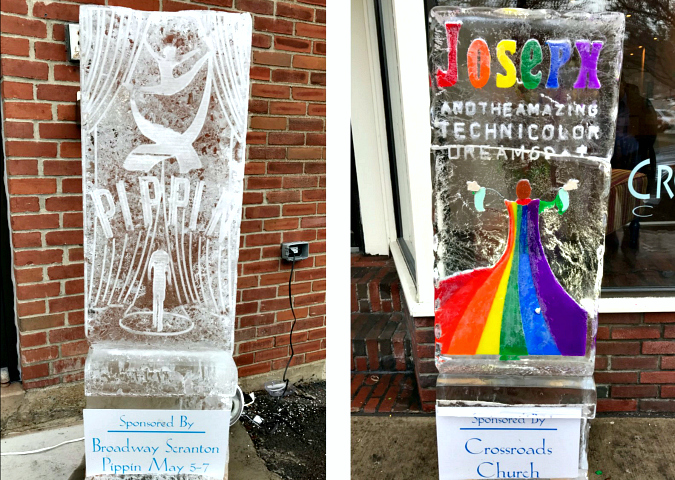 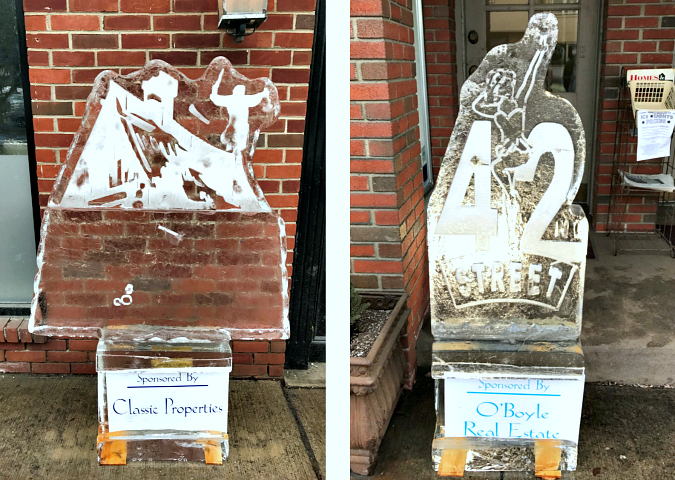 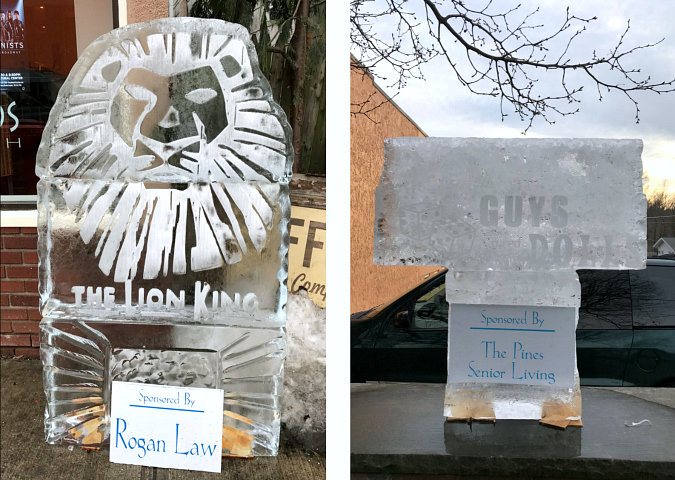 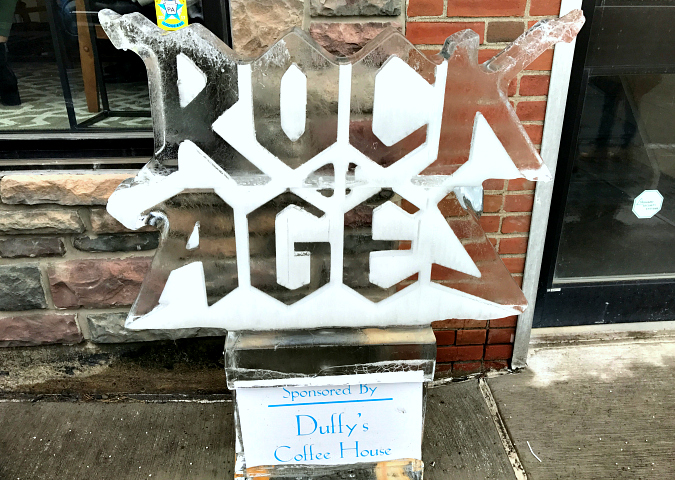 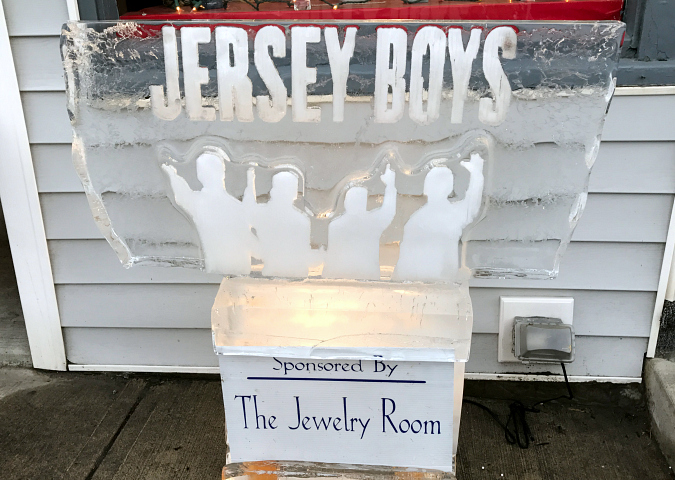 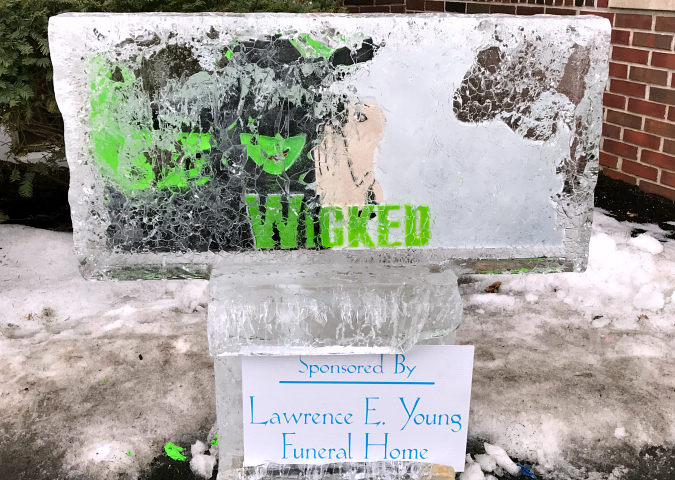 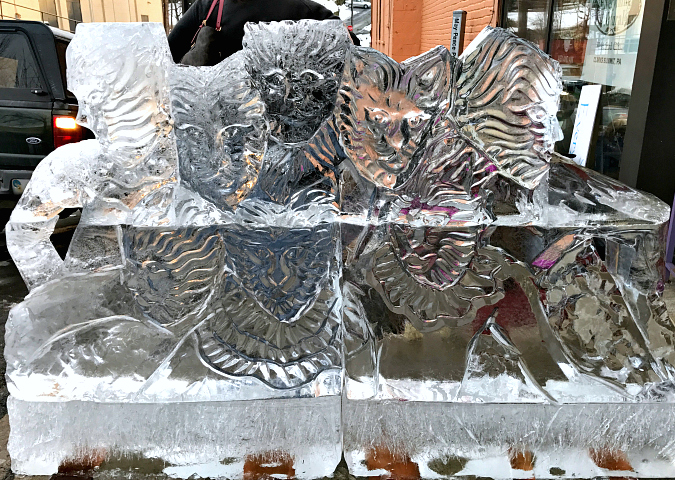 I have never seen ice carving with color. That looks pretty cool.