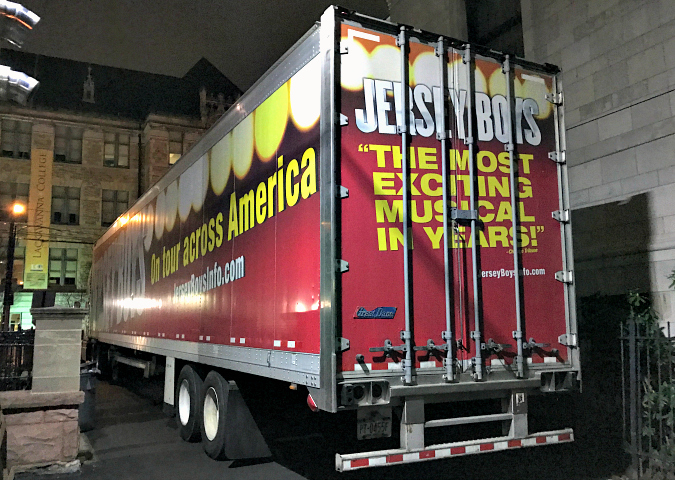 two years ago on valentine's day, we went to see the tour of jersey boys.  we are lucky to have a local theatre that pulls in the tours of many national broadway shows.  ryan works nearly all of them because he is part of the theatre stage hands union.  it's always so exciting to hear all of his stories when he comes home after working a show.

this past week/weekend the national tour of jersey boys was in town.  ryan worked the load in, the entire run of the show, and the load out.  i barely saw him all week long because he spent every waking hour at the theatre.  there's so much that goes into making these shows happen, and there were eight performances this week.

since this was such a big show, they needed all the help they could get, so i worked the load out with ryan on sunday night.  i always love getting a chance to be a part of ryan's backstage theatre world, and i really loved getting to work the load out with him.  it was especially fun because i knew a ton of people working that show too.

i snapped the picture above right before we started the load out.  there were seven tractor trailers like that one that we filled with lights, sound, video, automation, props, wardrobe, and miscellaneous equipment.  ryan snapped the two pictures below of all of the wardrobe gondolas lined up before the run of the show one day.  ryan has been working show calls for years, and he typically works tech positions such as: lights, video, automation, carpentry, or deck hand.  after all of his years doing theatre, this was his first time working a running position on wardrobe for a broadway show.  it certainly kept him on his toes since he was responsible for two actors with multiple quick changes throughout the run of the show.

even though we didn't get home until 3am after the load out, it was worth it.  now onto the next show! 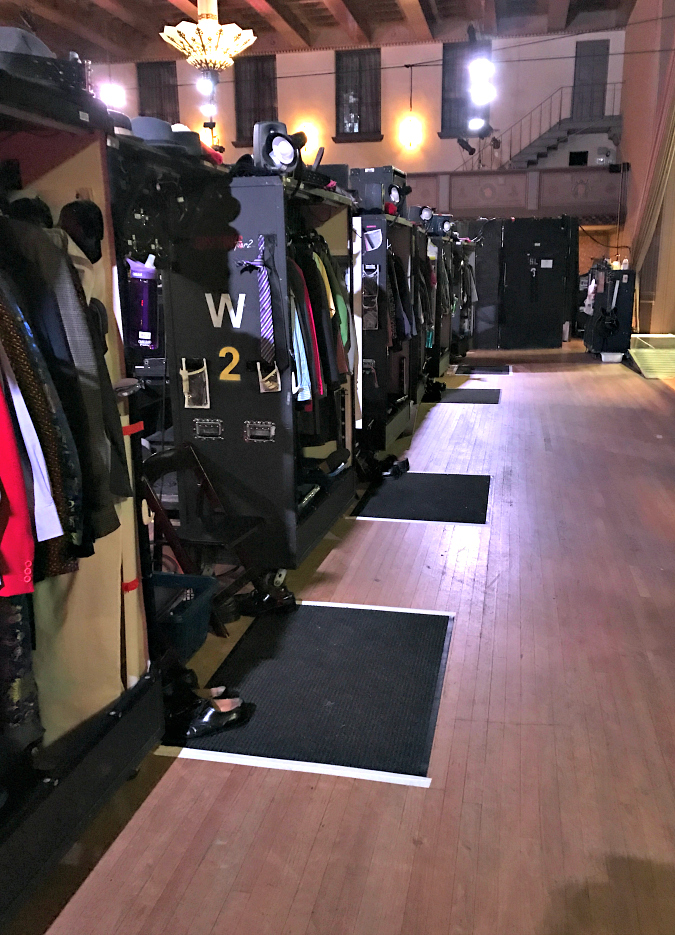 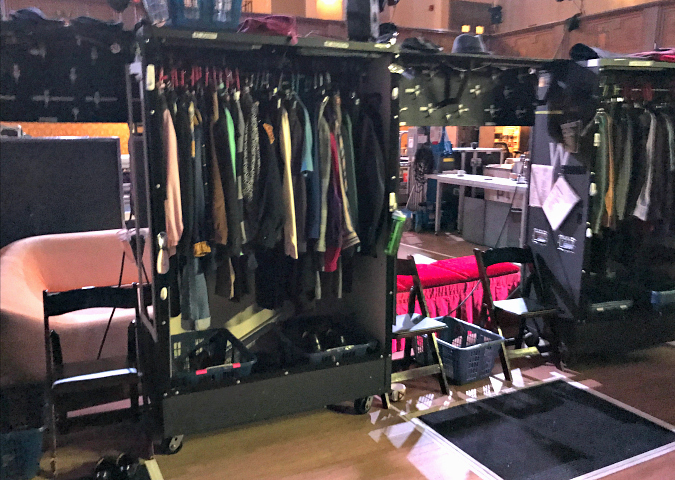 Whew! Lots of activity! That sounds like a lot of work, but a lot of fun as well. Take some time to rest up!

Wow! The trucks even have their name on it. What a lot of costumes. You probably felt good being in the hustle and bustle of all the activities of show biz.