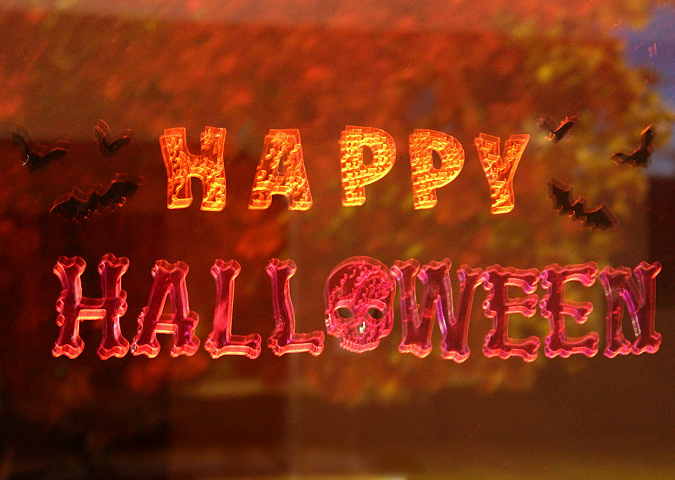 oh my goodness, we had such an awesome halloween yesterday!!!  ryan and i were both like two little kids all day, we were so excited.  as soon as work was over, we ran home to get ready before the trick-or-treaters arrived.  we put on our costumes and put out the last-minute decorations.

in total we handed out candy to 171 trick-or-treaters.  we had so much fun handing out candy and seeing all of the different costumes that the kids were wearing.  here are a few pictures from halloween at our house last night . . . 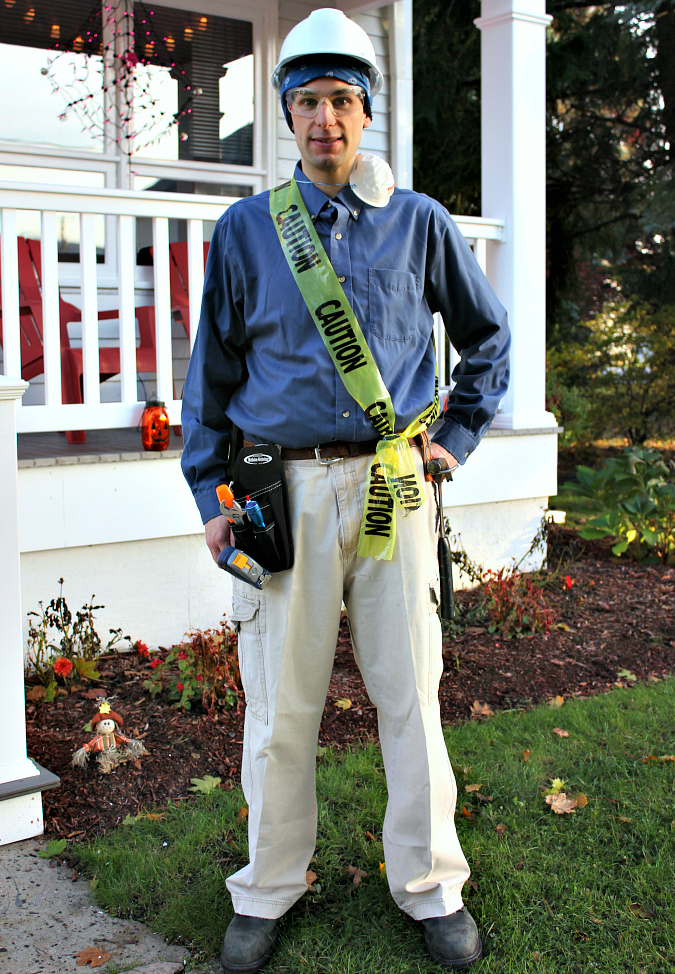 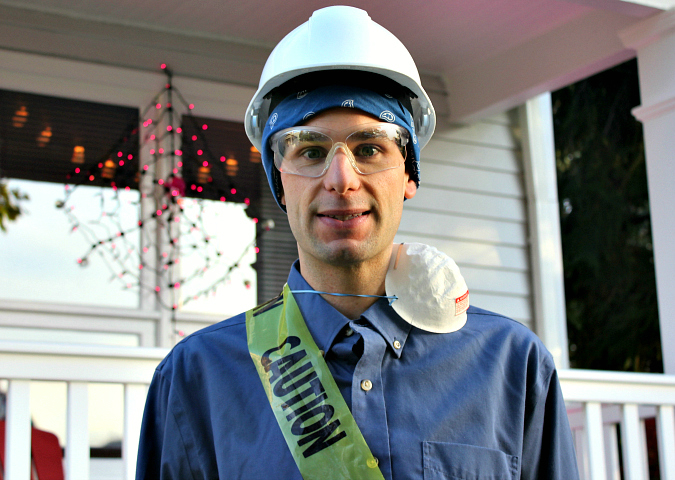 ^ryan dressed up as a construction worker this year.  every piece of his costume was something that he already had at home, so it didn't cost him a penny.  that's the way to do costumes, if you ask us!^ 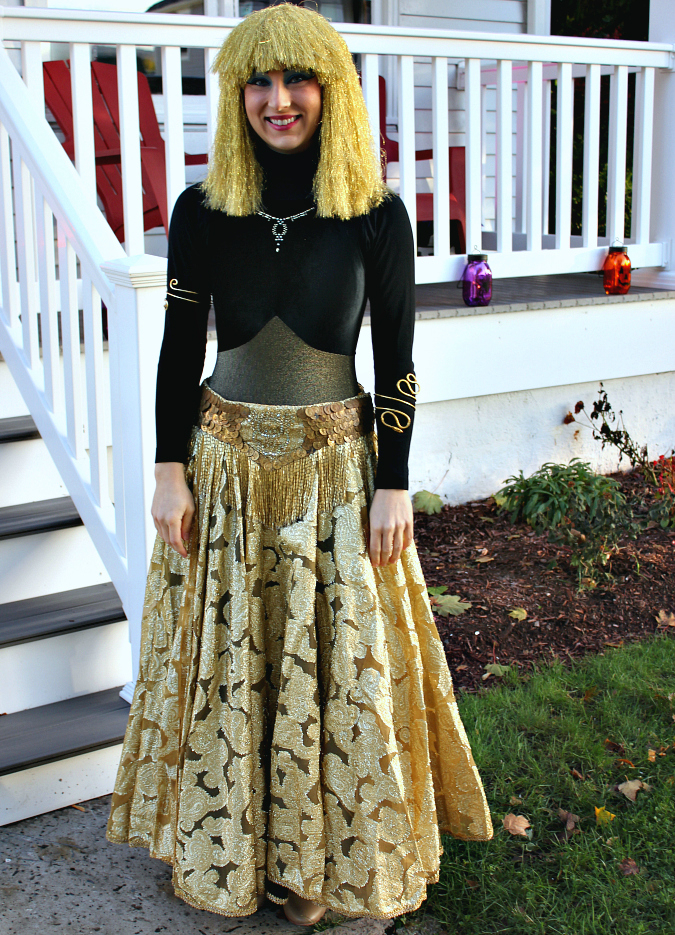 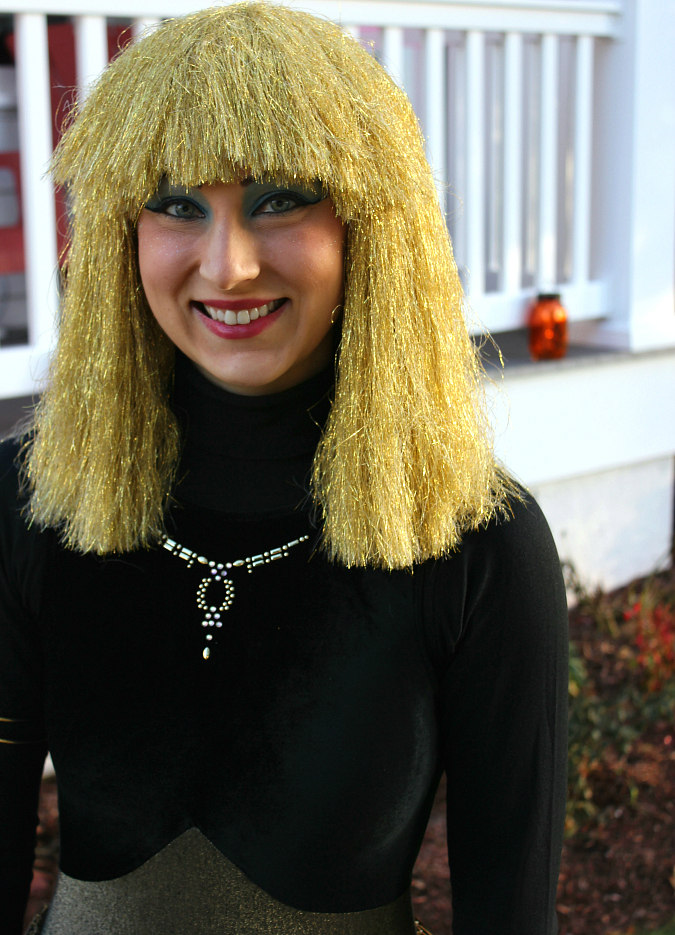 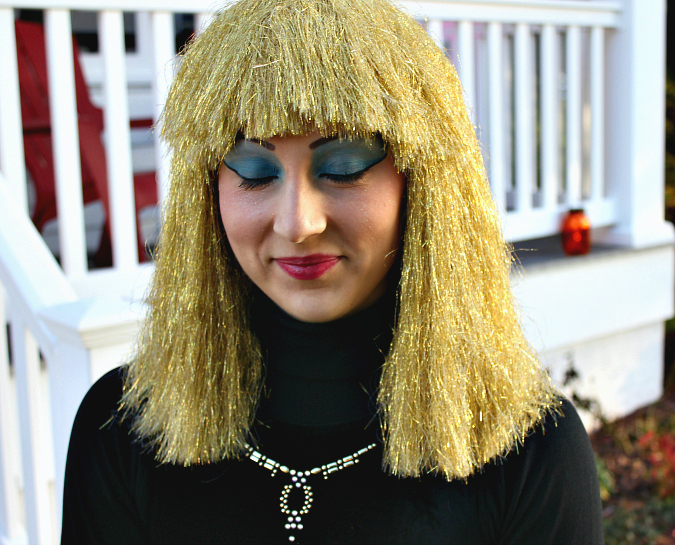 ^i have been wanting to dress up as cleopatra for a while, so i was really excited to get to do it this year.  i pieced together this costume from my mom's old costume pieces and a few dance pieces that i had.  i wore my mom's black turtle-neck leotard with my egyptian-themed tank-top leotard over it.  i wore two of my mom's old belly dancing skirts, her belly dancing belt, her gold celopatra wig, and two of her gold arm bands.  of course i did my make up to match too.  i channeled my inner elizabeth taylor with all of that blue eye shadow and black winged eye liner.^ 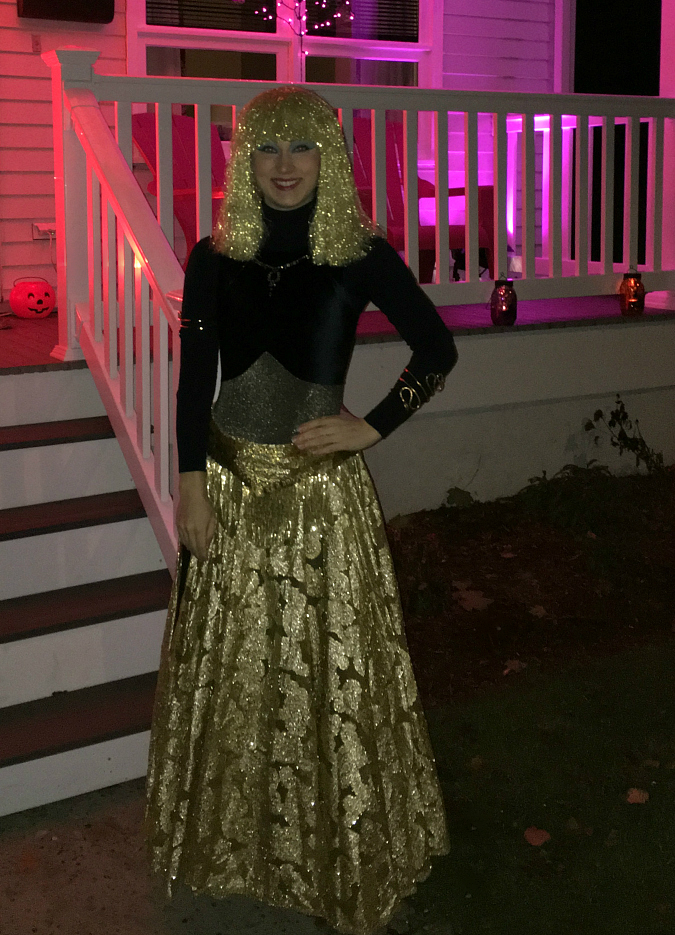 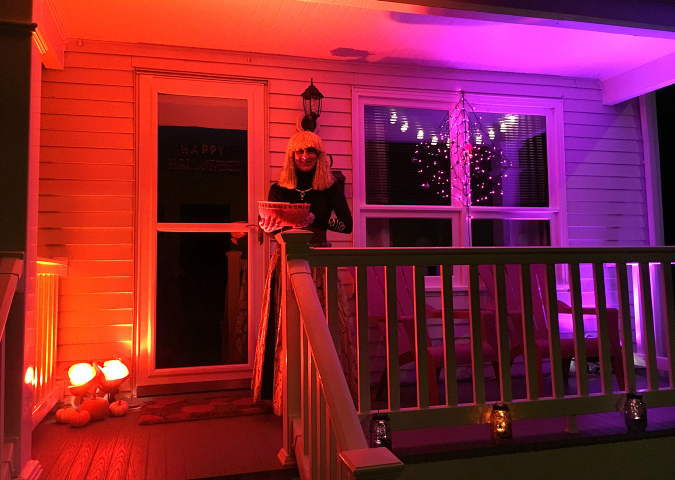 ^ryan's decorating theme this year was orange and purple (my two favorite colors).  he set up four theatre lights on our porch, two with orange gels and two with purple gels.  the colors looked so awesome shining on our white porch.  he also set up orange and purple lanterns on the deck, an orange and purple spider web on the window, and orange and purple gummy letters on the front door.  it all looked so cool in person once it got dark outside.  our decorations and our costumes were huge hits.  we got so many compliments from everyone!^ 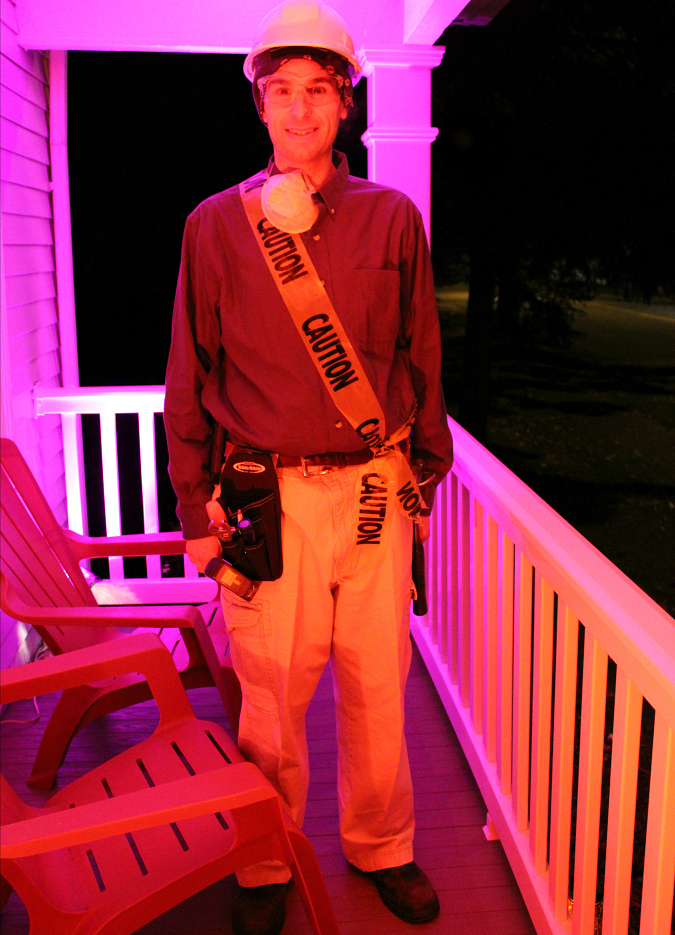 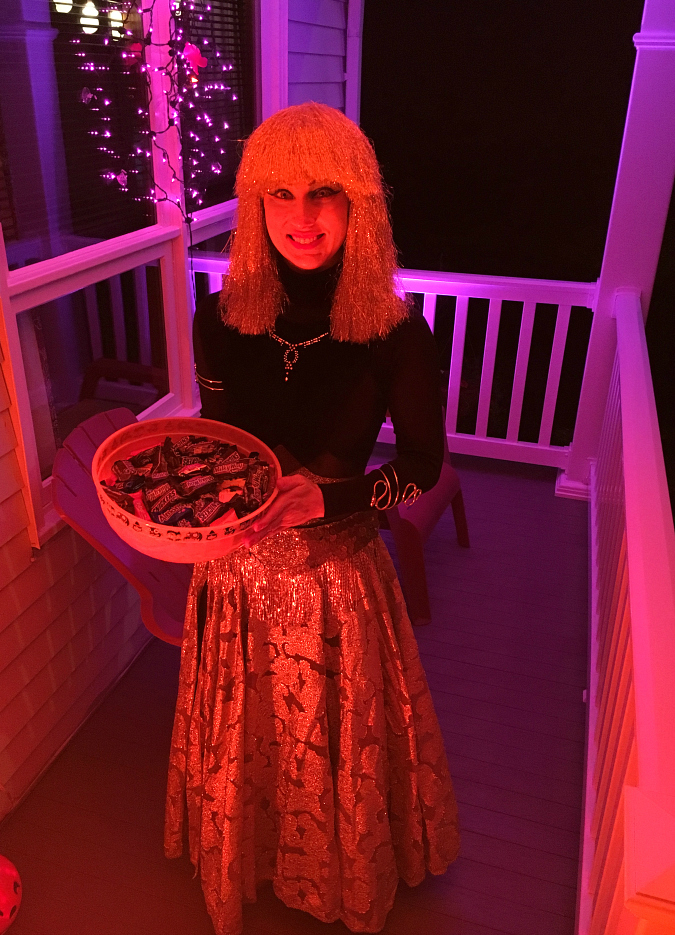 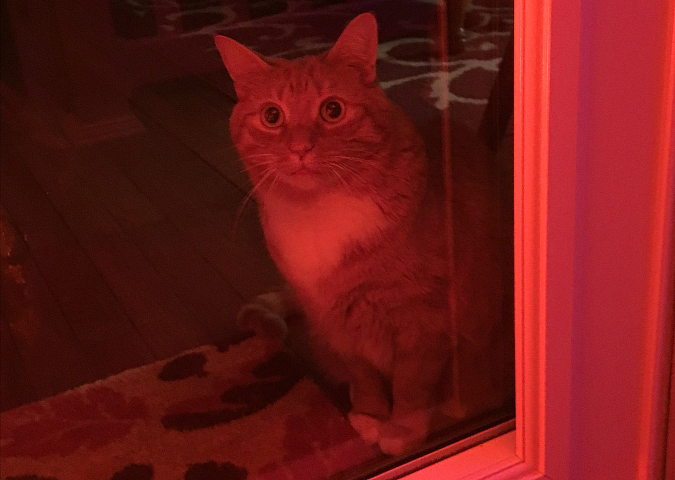 ^leko kept a really close eye on the trick-or-treaters from inside our living room.  he was able to look out the front door and the front windows to watch.  i desperately wanted to get a picture of me holding him because his costume was "cleopatra's kitten."  however, he was pretty freaked out by my wig.  he knew it was me, but he kept looking at me funny as if to say, "mom, are you sure that's really you under all of that nonsense?"  poor little guy.  he was really happy when i took it all off at the end of the night.^ 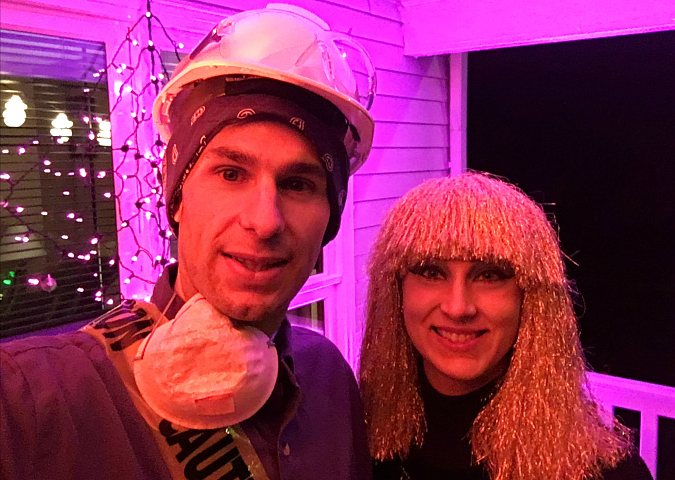 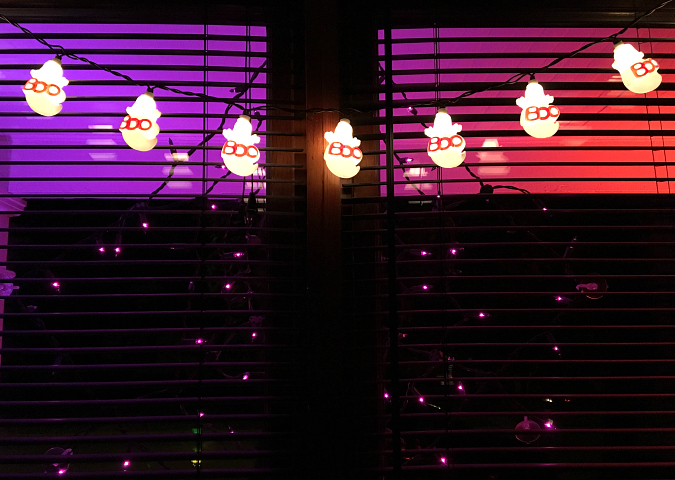 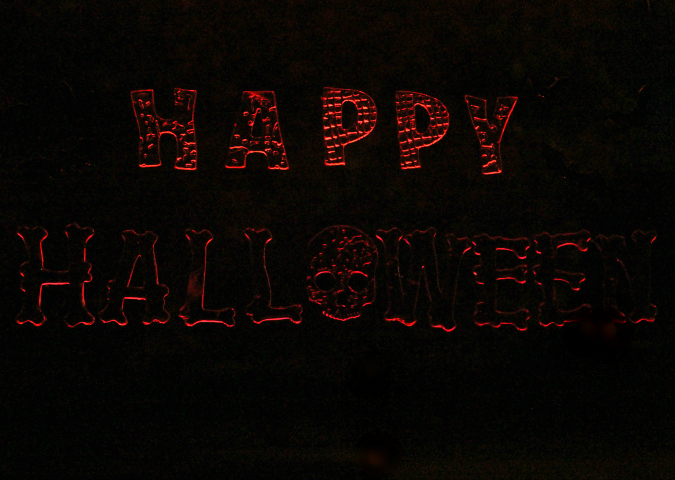 ^we bought these gummy letters for our glass door last year, and they are still going strong.  they were only 74 cents when we bought them!  they looked so awesome glowing in the light.^ 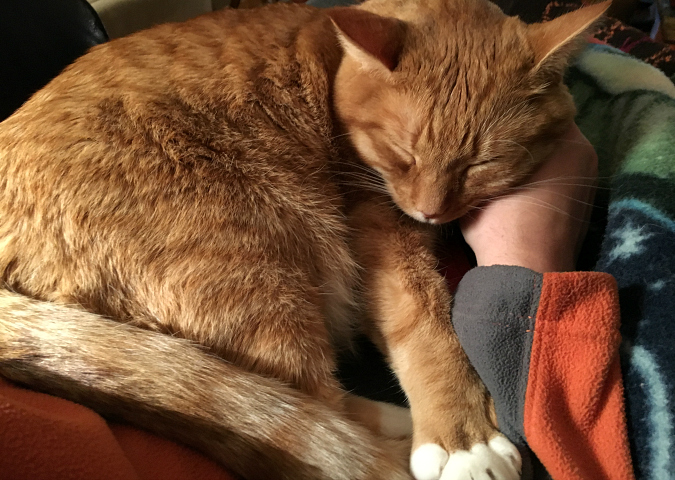 ^all of the excitement really wore this guy out.  once the trick-or-treating ended, we showered, put on our pjs, and cozied up on the couch with leko to watch the halloween episode of dancing with the stars (which of course is leko's favorite show).  he was so exhausted that he passed right out on ryan's lap.  it was the perfect ending to an awesome halloween.^


hope everyone had a happy halloween!
love, laurie

You two really look spectacular. You out did yourselves on the lighting. I wish I would have come up instead of working to see it in person. I am sure your costumes were a big hit. But I do not know if I would have come to your door with that scary beast peering through the window. What could that be?
Oh no, only my Grand furry. You wore him out scaring all the little children.

Wow, you two look great and the house looks great, too! I bet the kids really enjoyed the fact that you dressed up for Trick-or-Treat. That sparkly wig is pretty cool. It's a good thing that your mom kept her belly-dancing costumes. I'm glad you had so much fun. We had only 18 kids stop by, but they were all cute and very polite.