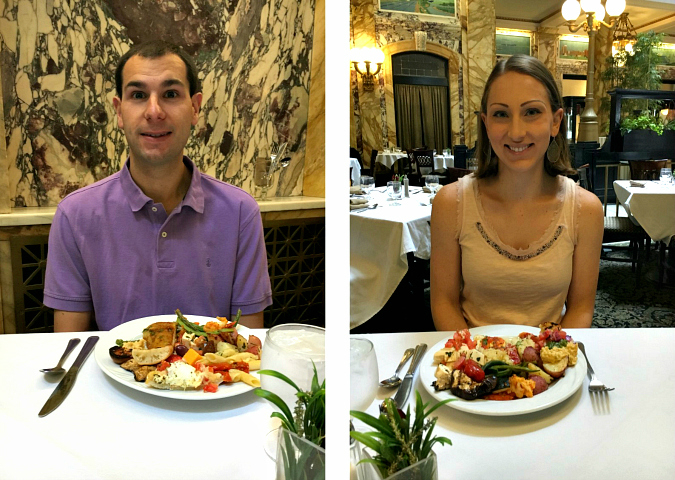 yesterday was our sixth wedding anniversary!  for the first time in six years, we didn't plan an anniversary weekend getaway trip.  we have just been too busy lately, and our anniversary somehow snuck up on us this year.

we woke up yesterday morning completely exhausted from a very busy weekend, so we decided to take a vacation day from work.  it was so nice to be able to sleep in for the first time in a very long time and to actually just lounge around the house and take it easy.  we were hoping to go out to lunch at stroudsmoor (where we were married) but it turned out that their dining room is closed on mondays!  so, we eventually got ourselves dressed and went out to lunch at the radisson lacakwanna station hotel.  they were featuring a lunch buffet, so we enjoyed a sampling of all sorts of delicious things for lunch, including a slice of chocolate cake for dessert.  i didn't have my camera with me, but i did manage to snap a few pictures on my phone . . . 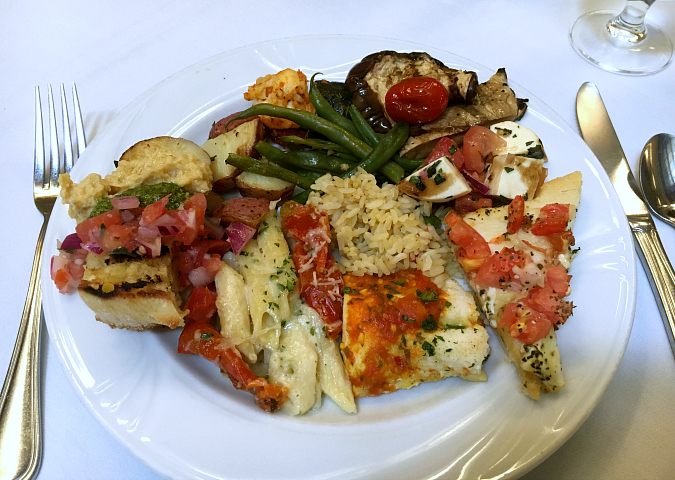 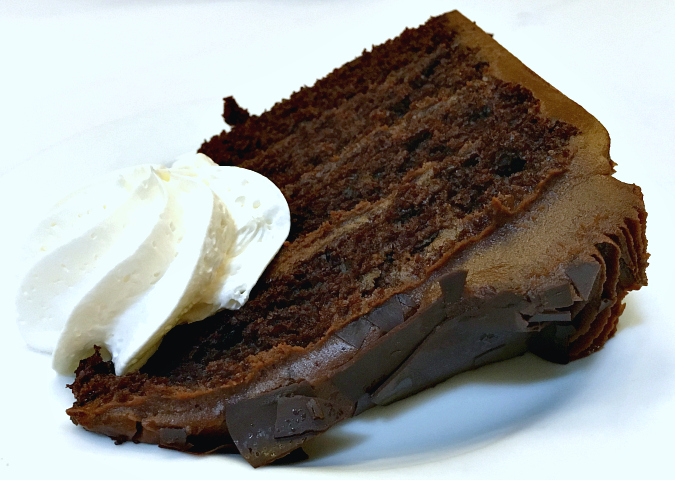 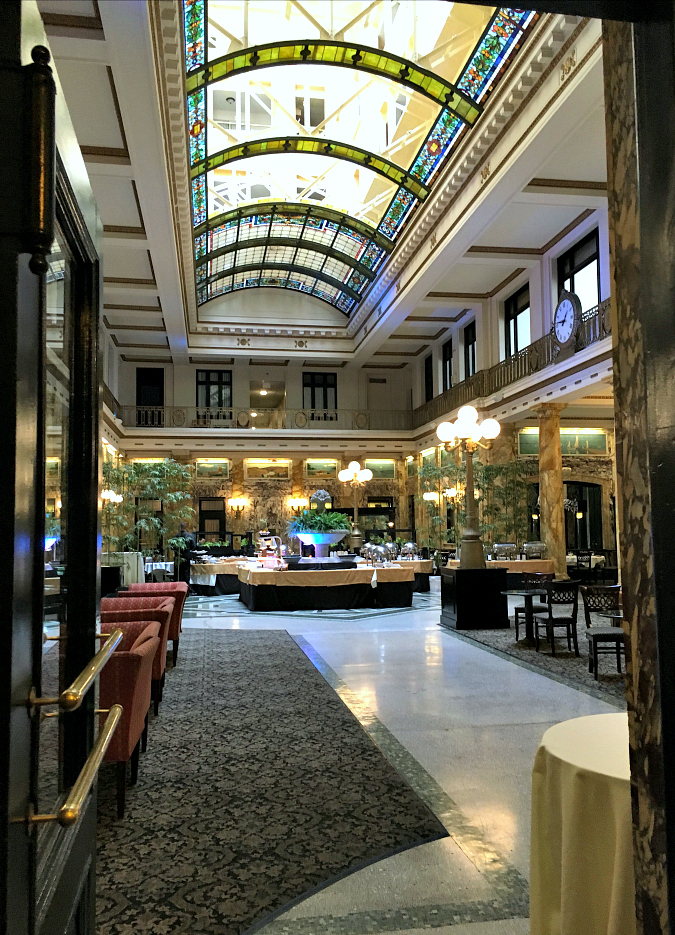 after lunch, we came home and took a walk along the river by our house and strolled around our neighborhood.  it was so nice just to be able to spend some quiet time together.  we made it back to the house just as the skies opened up and it poured.  it rained like crazy, so we sat on our back screen porch and listened to the rain.  it was so peaceful.

in the evening ryan had to go to a meeting, so i took advantage of the two hours when he was gone to whip together a little cake for him.  i made a mini (six inch) single layer cake the same flavor as we had at our wedding.  ryan was really surprised when he came home.  we finished off the night by sitting in bed in our pajamas, watching old episodes of hawaii life that we had recorded on our dvr, and enjoying a slice of our anniversary cake. 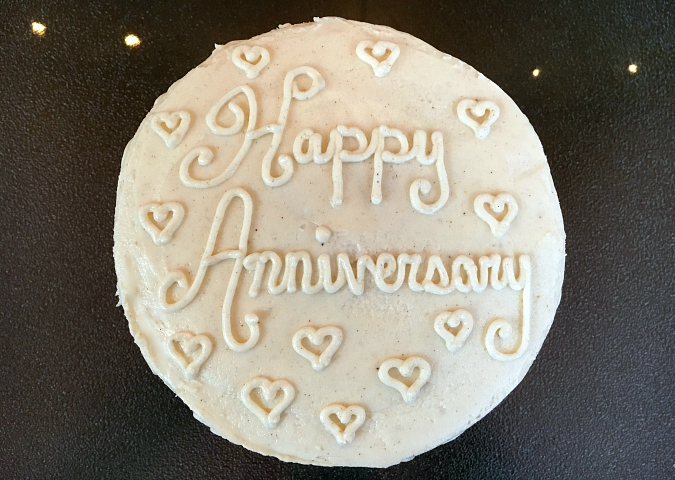 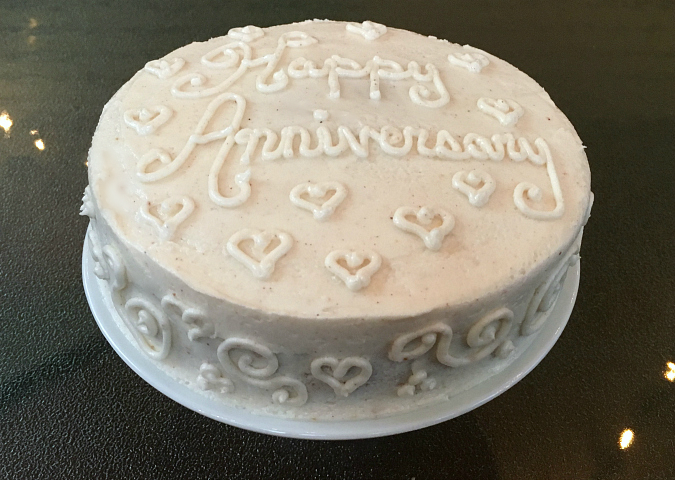 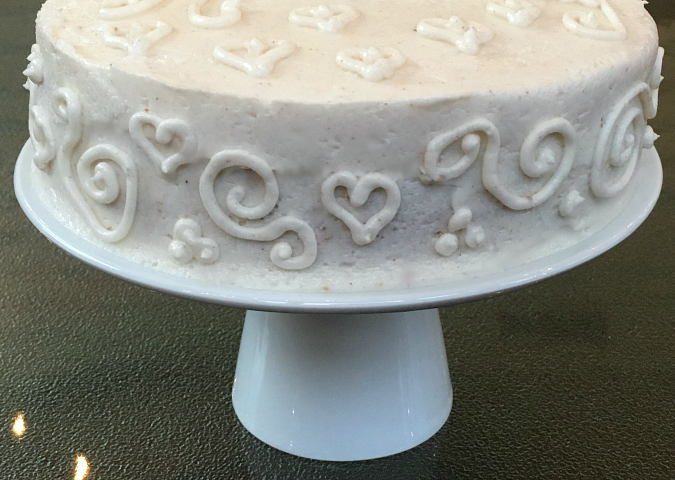 by far, this was our most low-key anniversary yet, but we didn't mind one bit because it was just so nice to be able to spend quality time together.  here's to many more years of wedded bliss!

Wow, that looks like a lot of food! The ceiling in the restaurant is just so pretty. Your cake is beautiful; I can't believe you got that baked and decorated in such a short time! I'm glad you had a good anniversary.

Looks like the Radisson really has a nice lunch buffet. Foods looks good. Sometimes a relaxing, impromptu day is better than a planned day. Glad you enjoyed you anniversary and hoped you got some rest. That was a nice surprise for Ryan making your wedding cake. Bet it was delicious.