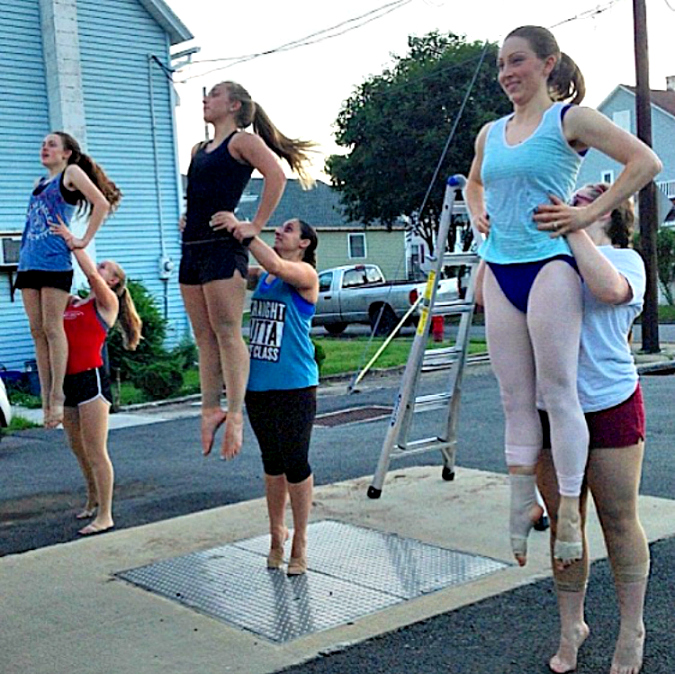 eeeekk!  it's show week!!!  i'm like a little kid at christmas and i can't contain my excitement because the studio where i dance is in final rehearsal mode for our annual spring show which is this weekend!  we have been preparing for this production for months, and i can't wait to bring this show to life for a live audience on saturday.

since it's show week, that means we have rehearsal every night this week for numerous hours each night.  (on monday i was at the studio for 6.5 hours . . . and that's after putting in a full 8 hour day at work!)  despite the nutty schedule, i wouldn't trade this for anything.  i'm positively on cloud 9 this week.  i live for this kind of stuff!

being cooped up in the studio for so many hours gets mighty stuffy.  even though us girls dance like beautiful graceful ballerinas, we sure sweat like men which means that the studio starts to stink like a gym after several hours.  last night, our director took us outside to the parking lot for a little break from the studio.  we did a little bit of rehearsing outside and it felt so good to breathe some fresh air!  our director snapped a few photos on her phone while we were outside, and we were all thrilled to see that she managed to snap a picture at the exact moment when we were all up in the air doing one of the lifts that is in our finale number.  the picture is a bit fuzzy, but i still love it!

ps: if you're in the northeastern pennsylvania area and you are interested in coming to the show, message me for more details!

Wow! What a position. Looks like fun. Pre-show nerves but it will all come together and be excellent.

The director had great timing taking that photo!