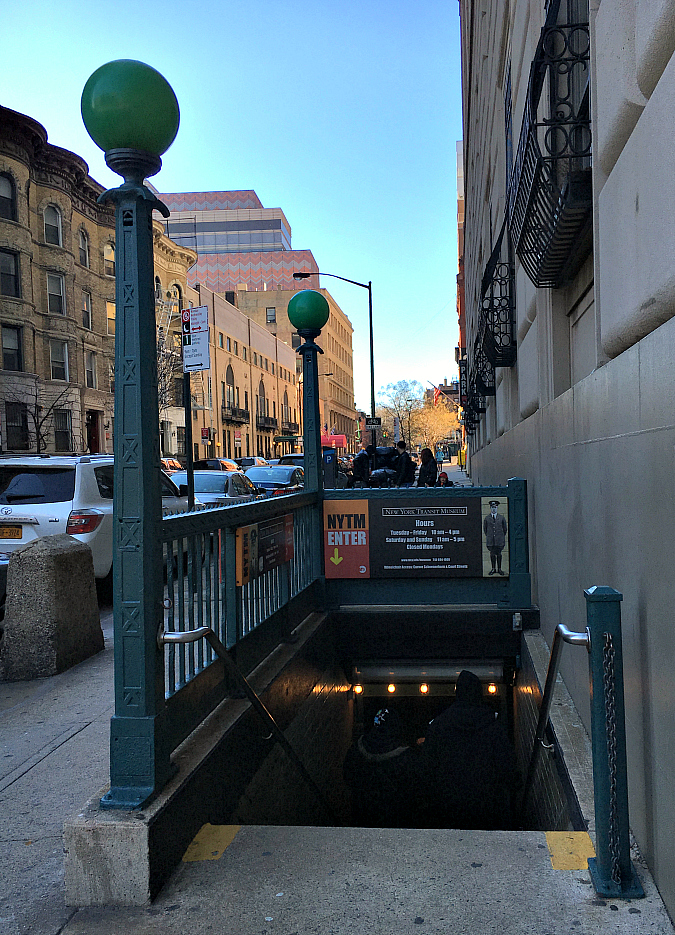 i had such a great time in nyc last week for the conference i attended for work.  although ryan was not able to spend the whole week with me in the city, he was able to come in with me the day before the conference started so that we could spend the day together on saturday.  one of the things that we have had on our nyc to-do list for years is the new york city transit museum.  since it was a bit cool and breezy on saturday, it was the perfect day for the museum.

the museum is housed in a historic 1936 subway station in downtown brooklyn which i think is so clever.  you actually enter the museum exactly how you would enter the subway station.  it is the largest museum in the united states devoted to urban public transportation history.  we absolutely loved the museum and had such a great time there.  it was so much fun and really educational too!

we learned about how nyc's subway system was built over 100 years ago, and saw lots of photos and artifacts from when the subway system was being constructed back in 1901.  there was a lot of information about what it takes to repair and restore the subway tunnels after natural disasters like hurricane sandy, as well as what happened to the subway system after the 911 terrorist attacks.  it was really fascinating.

as we walked around the museum, we could not get over how many displays there were and how large the museum was.  there was a whole exhibit showcasing various types of fare collection devices used throughout the subway system's history.  i never knew there were so many different types of turnstiles, coins, and tokens.

we got to check out a working signal tower, and see nyc trolleys and buses too.  by far though, our favorite part of the museum was the collection of vintage subway cars and elevated trains.  it was so awesome that we got to check out all of those different trains up close and personal.  the best thing about this museum is that it is all hands on, so you get to touch and walk through everything, which is so cool!  if you're ever in brooklyn, be sure to check out the museum! 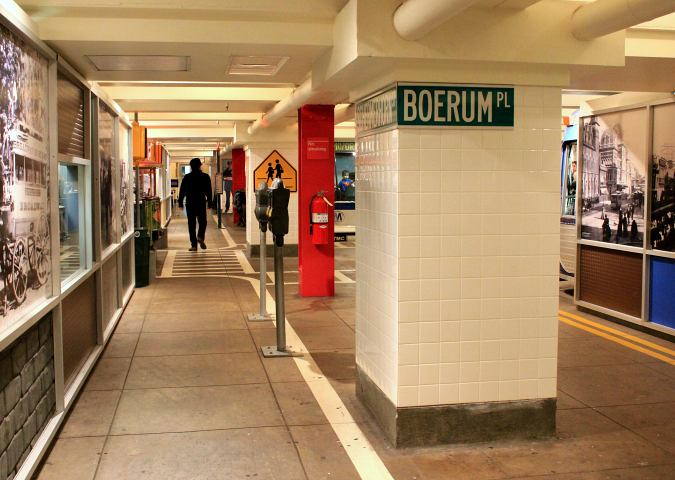 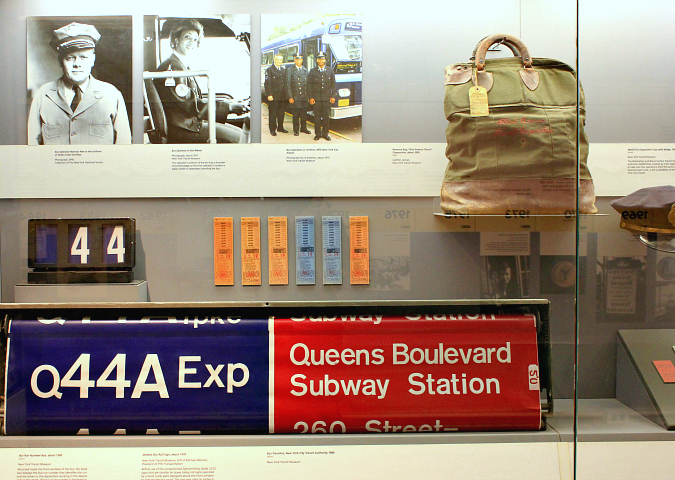 ^we loved seeing all of the old photos and artifacts from the subway system's history.^ 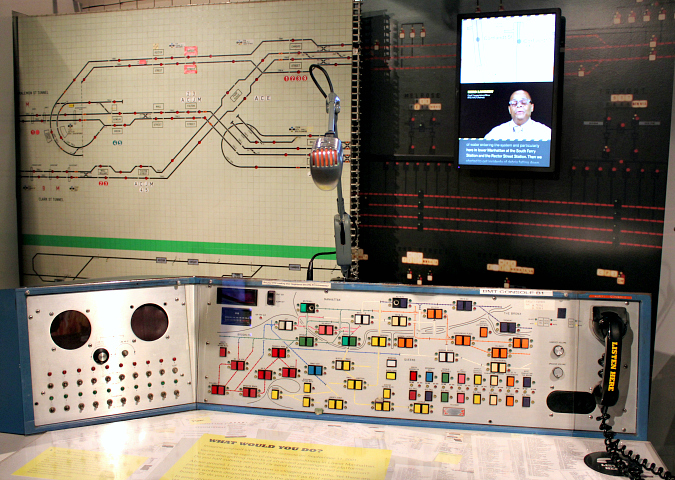 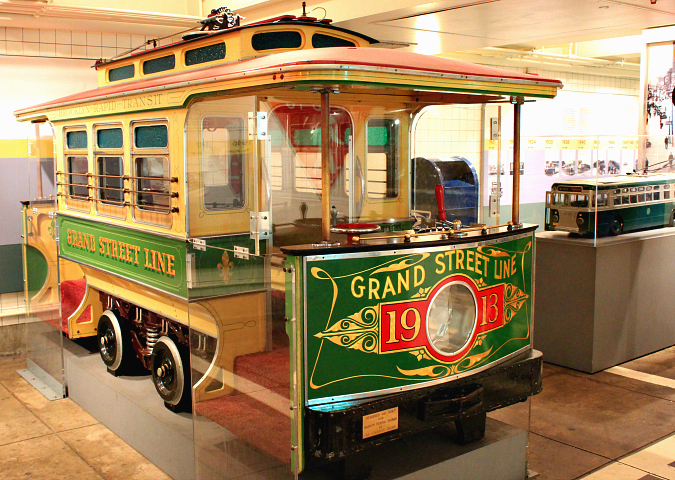 ^i desperately wanted to take home this little trolley for leko to drive around the house!  it was absolutely the cutest thing ever!^ 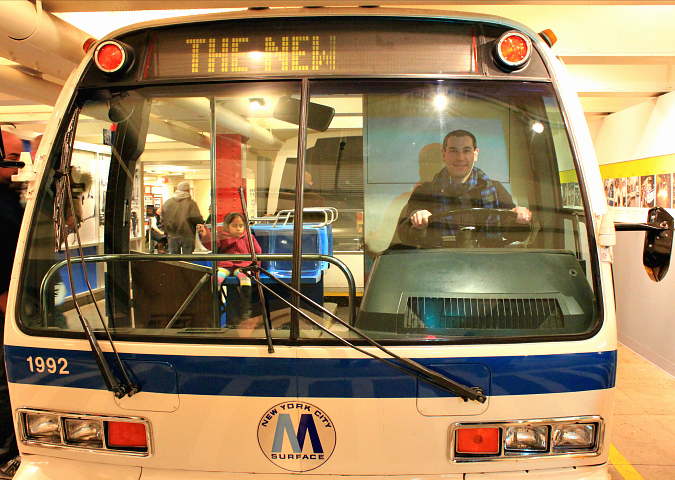 ^watch out, i think ryan found a new profession.^ 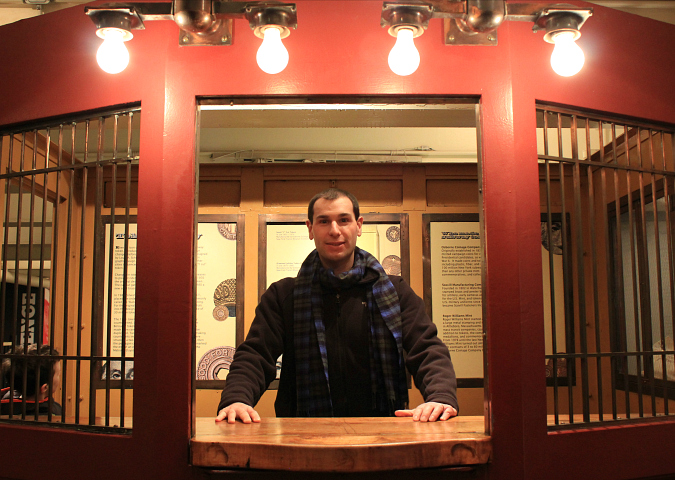 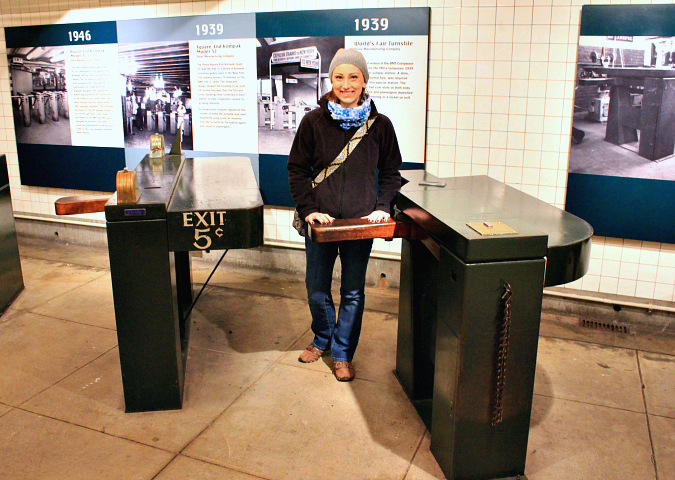 ^it was so neat seeing all of the old turnstiles.  i never knew they had wooden ones before the metal ones.  what made it even cooler was that they were all functional and you could play with them.  (and let's just take a moment to talk about that sign that says it only cost 5 cents to ride the subway.  ha!  that is a big difference compared to the $2.75 it costs now!)^ 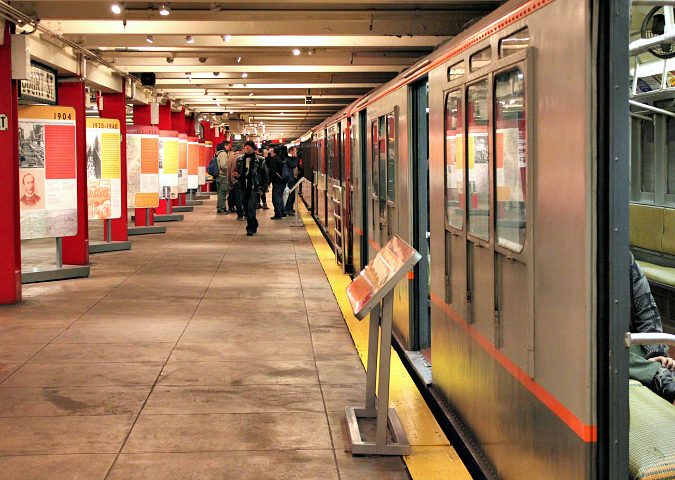 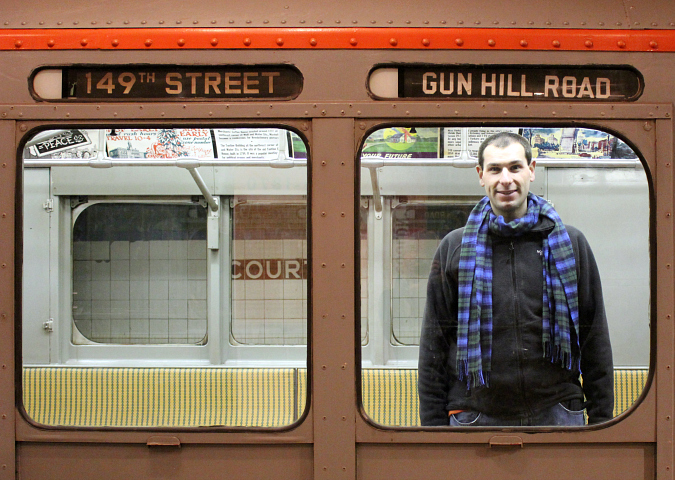 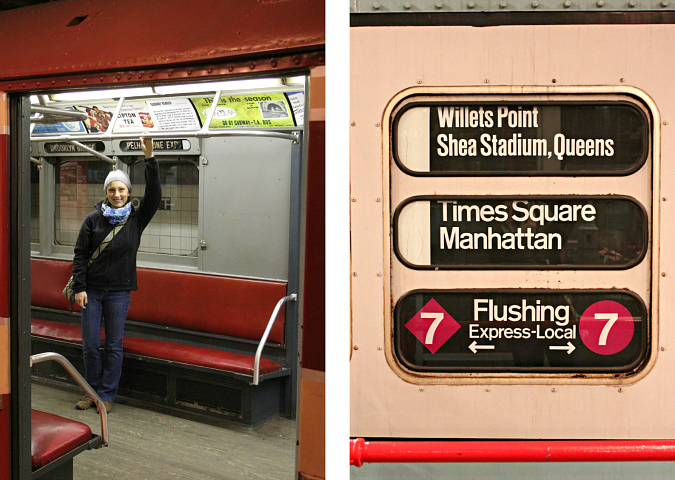 ^being able to walk in and out of the subway trains was awesome!  there were trains from all different time periods starting in the early 1900s right up to present day.  it was so neat to be able to actually step back in history like that.^ 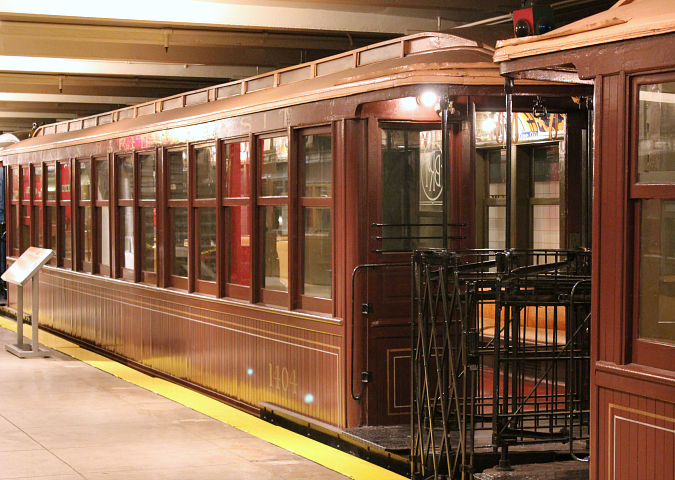 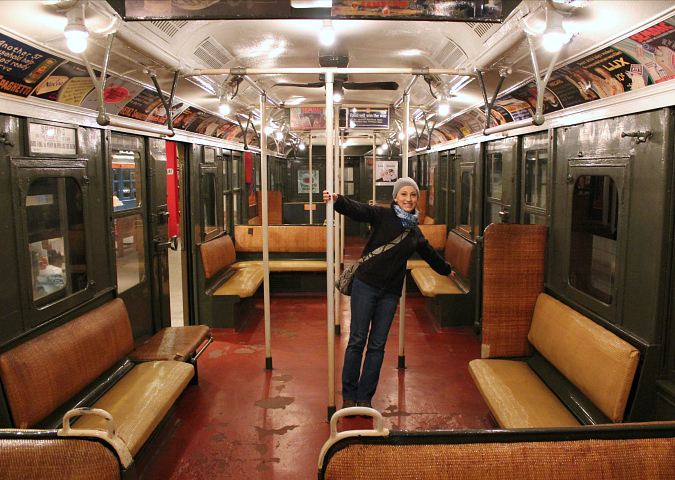 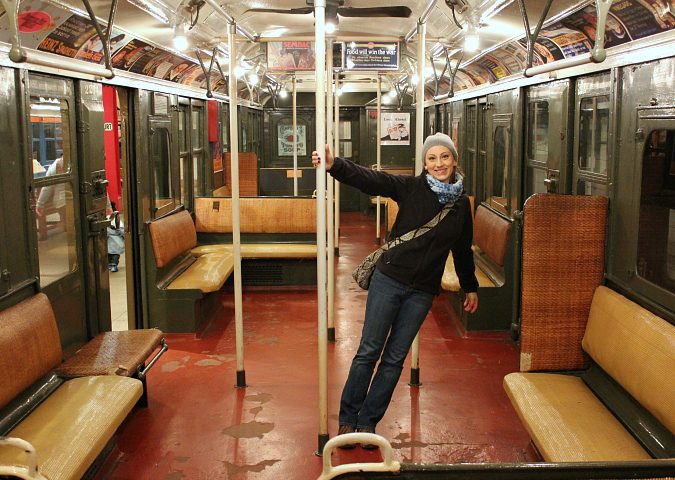 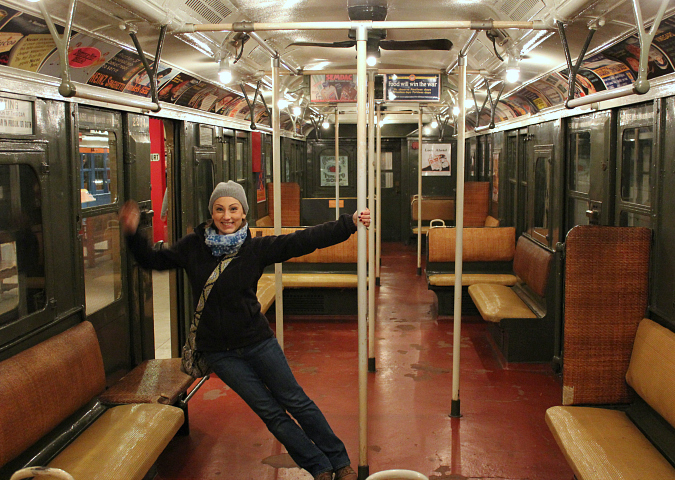 ^i'm telling you, we were like kids at a playground.  we had a blast!^ 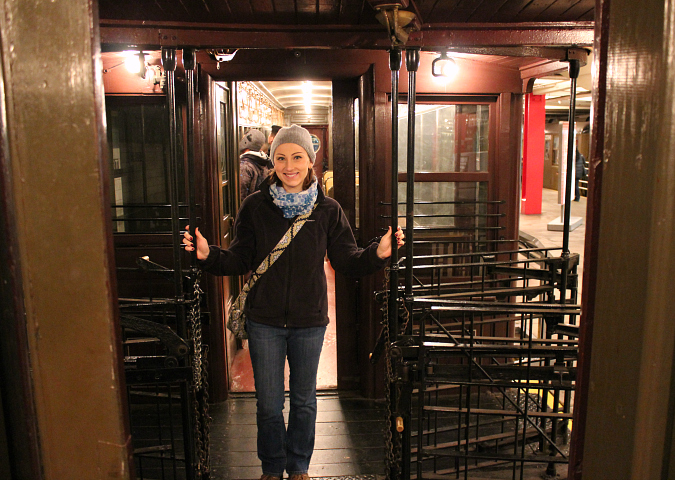 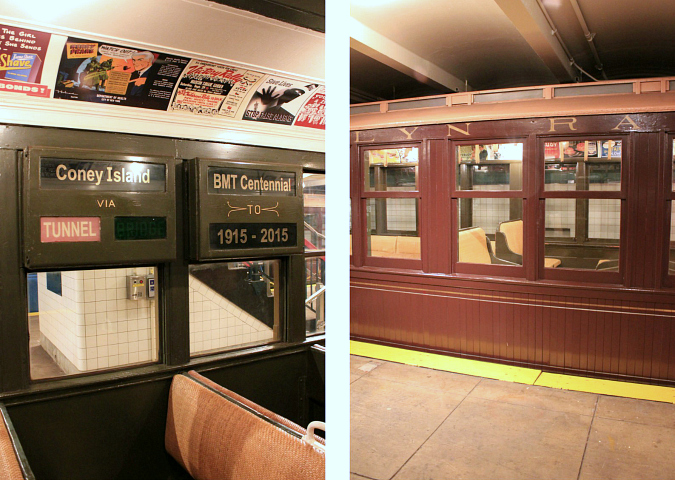 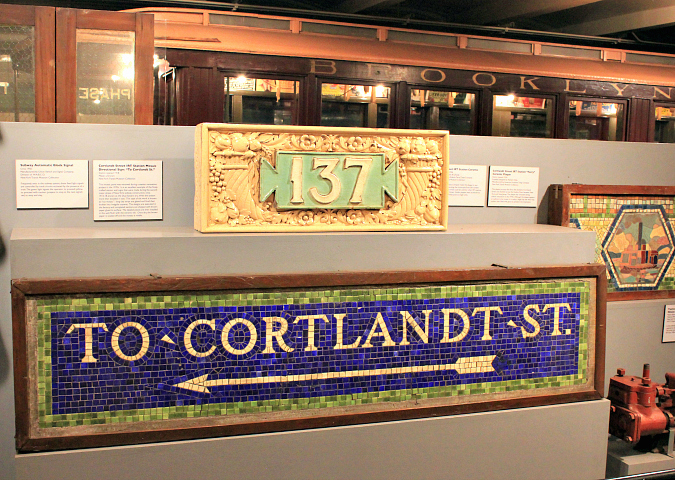 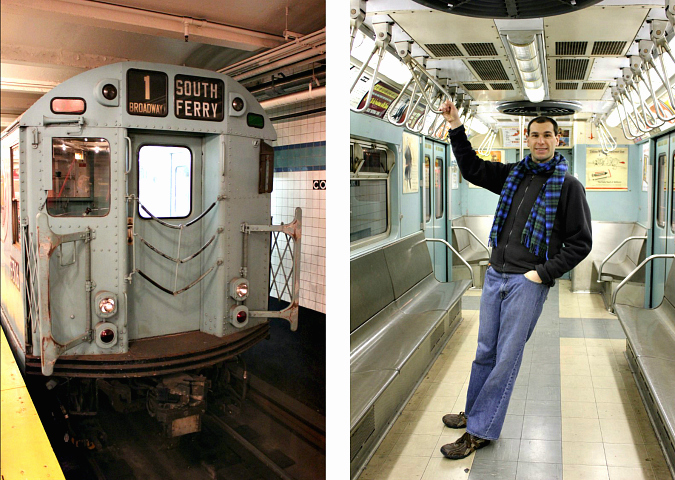 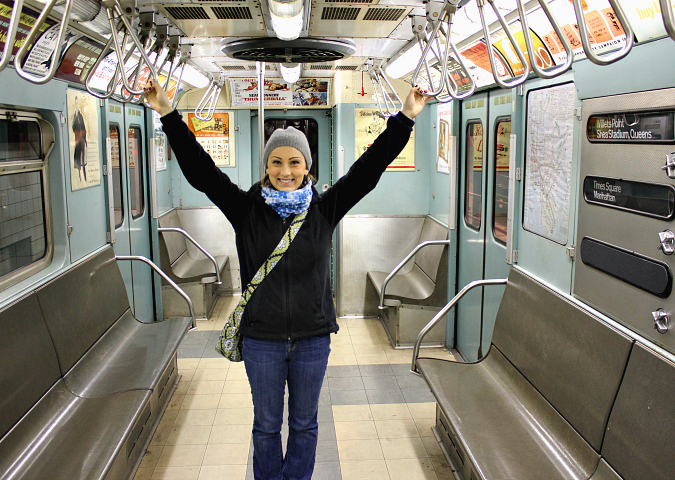 ^we loved the handles in this 1960s train!  they were so much better than the stupid bars that are in subway trains now.  hey, nyc mta . . . do you think you could bring these back, pretty please?!^ 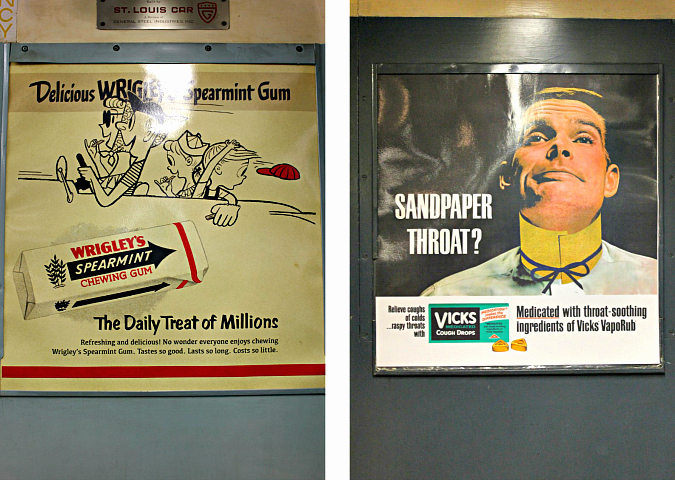 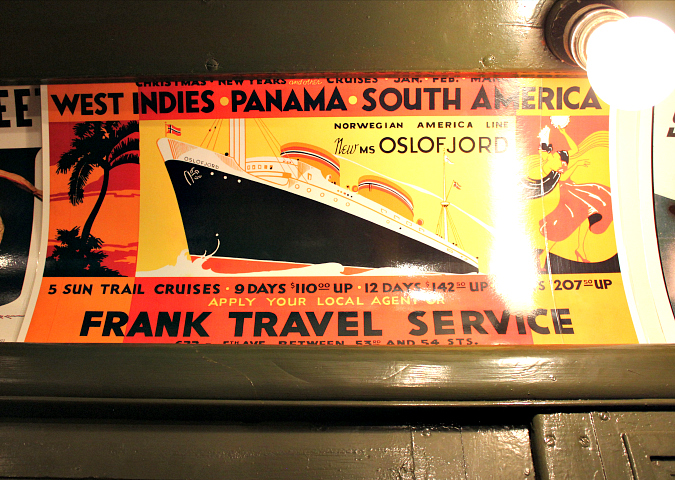 ^one of the best parts was that all of the trains were decorated with vintage ads.  they were great!  we got a good laugh looking at some of them, especially this one advertising a 12 day cruise for only $142, wow!^ 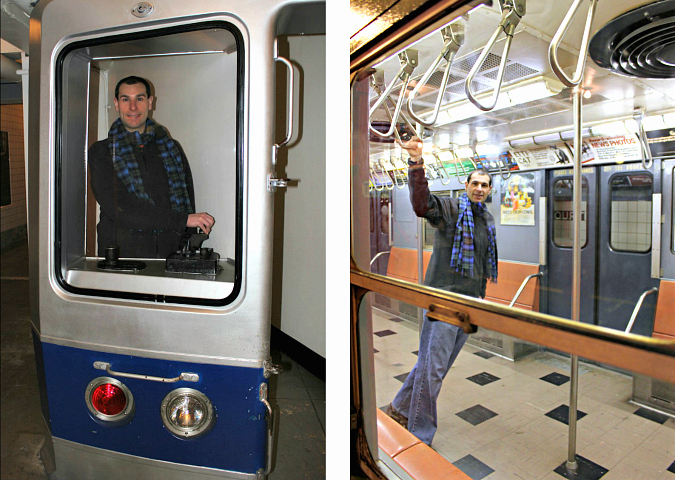 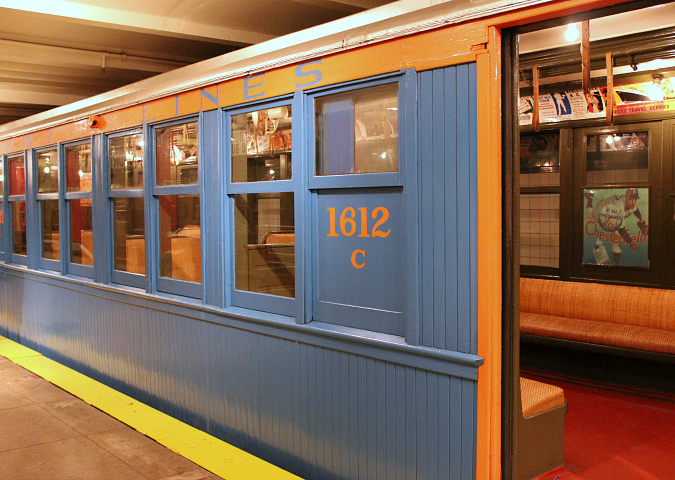 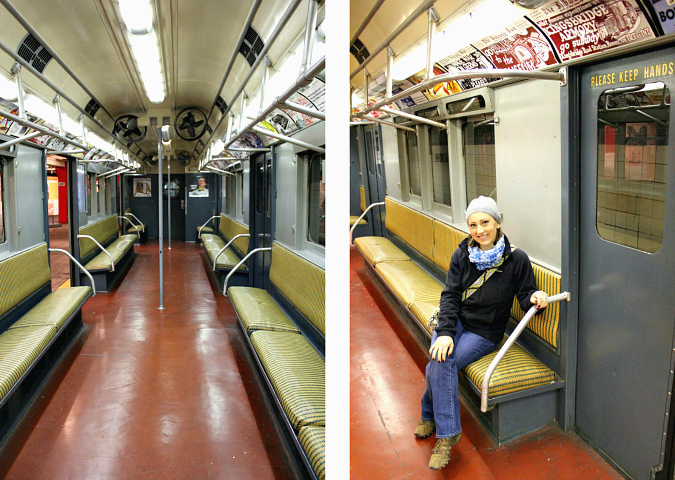 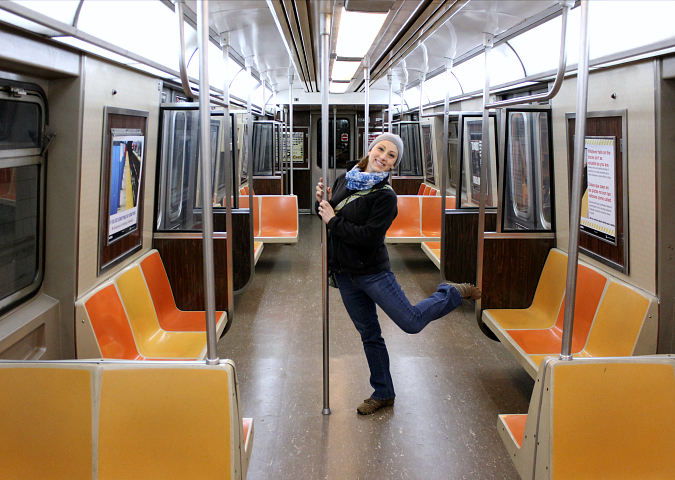 ^hands down, this was the best museum we have been to in awhile.  we absolutely loved that we were able to touch and walk though everything.  it was so neat to actually experience the history rather than just looking at it behind glass.  we loved it!^

That looks like a really exciting museum to visit. A lot of cool things to see and try.