highlights from the past week worth sharing 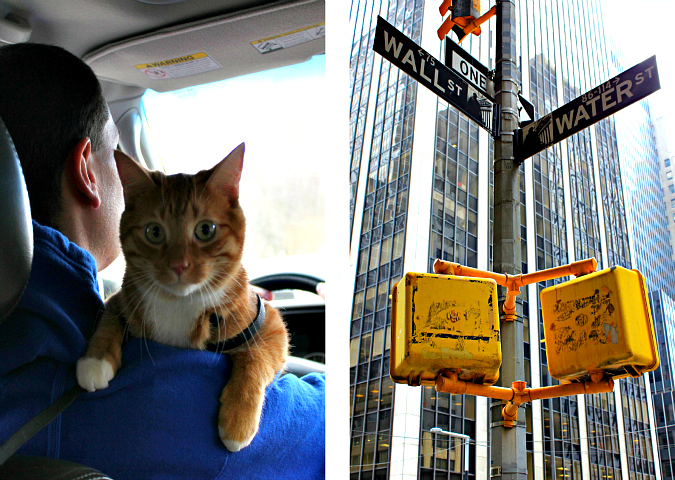 grab a cup of coffee/tea and make yourself comfortable because this one's a long one.

back in february of this year, ryan and i traded in our SUV for a newer one.  we were extremely sad to let it go, but it was time to upgrade to something a bit more reliable (and 11 model years newer).  a few weeks after we traded it in, we realized that we still had the crossbars for the roof rack stored up in the rafters in our garage.  we visited the salesman at the dealership, thinking that he would want them for when he sold our old car.  however, he told us that he had already sold the car, and as it turns out it went to a student who attends the university where we both work!

we thought it was pretty funny that it "stayed in the family" so to speak, and it would still be on campus.  ever since then, i have been on the hunt for our old car and for the student who bought it.  i found it parked in parking lots several times as i walked across campus to teach classes or to go to meetings.  i asked a few students if they knew who owned it, but i got nowhere.  i contemplated asking our university security department to do a reverse look up on the computer system to find the name via the parking permit number, but decided not to because they would think i'm crazy for sure (not to mention i would probably get in trouble for trying to hunt down a 19 year old male student).  i finally decided that i would just leave a little note on the windshield and hope that the new owner got back to me.  that was my plan this week, until fate stepped in.

as i was walking out of a building after teaching class on wednesday, i saw the car drive right past me.  i quickly hightailed it down the sidewalk hoping to catch up with the driver in the parking lot.  luckily, i did.  i hesitantly approached the car after it parked and knocked on the window to get the student's attention, hoping that i didn't scare him.  (seriously, do you think i'm crazy yet?  ryan does for sure.  he said i'm lucky i didn't get tasered or pepper sprayed for running after a student.)  anyway, i explained who i was and what on earth i was doing, and it turns out that the student is just the nicest and sweetest kid ever.  it's scary just how much he is like ryan.  (he reminds me so much of a younger version of ryan from back in college.)  he said that the salesman at the dealership told him that we work at the university, and he had been trying to figure out how to find us to meet us!

he couldn't have been nicer if he tired and we ended up talking in the parking lot for a while.  we made plans to meet up the next day at my office, which we did, and i gave him the crossbars and the pieces to attach them to the roof rack.  as a thank you he brought us gifts from his farm!  (what?  oh yes, this awesome kid lives on a farm in the same town were we adopted leko, and he raises pigs and cows!!!)  i could not contain myself.

the whole thing totally made my week!  it's so nice to know that our beloved car went to an awesome student at our university (who, by the way, really is so much like ryan it's crazy)!  it's funny how things work out sometimes.

in other news, i was contacted by some great folks at the university of new mexico asking if they could use a photo i took of the wall street and water street sign in nyc for the financial section of one of their print publications.  i got the check this week, and it was the very first time i have ever been paid for my photography.  how cool!

Two great events! I am glad that the new owner turned out to be a nice guy. The co-pilot looks totally in charge.

Wow, you finally connected with that student! That's great. It's also great to get paid for a photo. Good news concerning both stories.