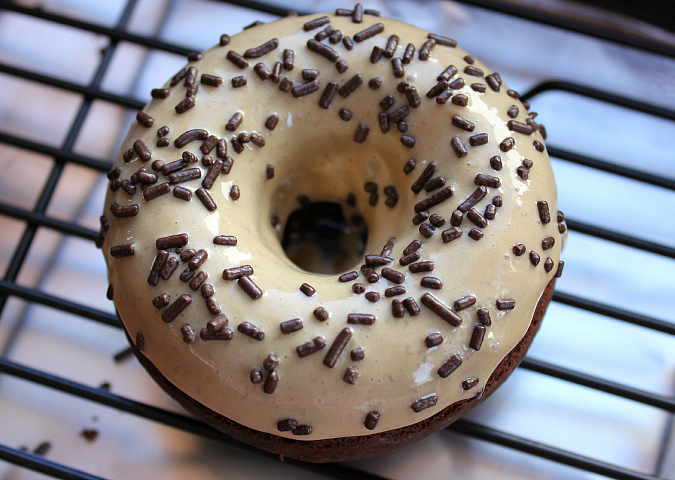 did you know that national doughnut day started back in 1938?  a young doctor was sent to a military base, and on his way there he stopped at a bakery and picked up 8 dozen doughnuts.  the doctor gave a free doughnut to each wounded soldier that he helped at the base.  a lieutenant general that was helped by the doctor decided to make a fund raiser out of it.  the lieutenant general gave every wounded solider and the needy a free doughnut.  the fund raiser was joined with the salvation army and became national doughnut day!

Looks delicious. They remind me of the buns I used to get from the baker with white icing and chocolate sprinkles.
I was good today and did not have a donut.