a quick trip to oklahoma! 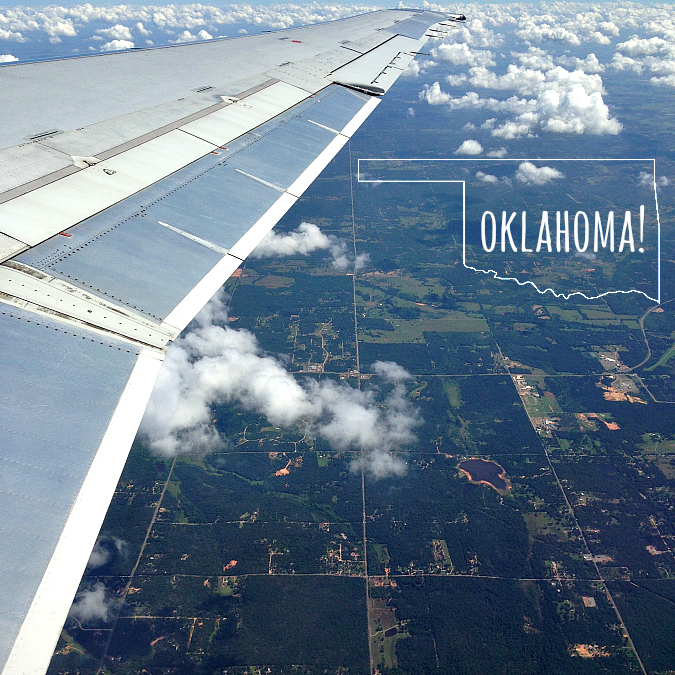 last week i spent a few days in oklahoma for a conference that i had to attend for work.  i flew into oklahoma city, and traveled to the university of oklahoma in the city of norman where the conference was held.  it was my first time visiting the state of oklahoma.  (being a musical theatre major, it was all i could do to keep from busting out singing the song oklahoma! while i was there, but i refrained because i'm sure the residents of the state of oklahoma would not have appreciated that!)

traveling sure is exhausting, especially when you have such a quick turnaround (just 3 days).  i was in 4 states, at 4 airports, on 4 airplanes, and on 2 shuttles, in 3 days.  since it was such a quick trip i packed light and decided to leave my good camera at home.  i did snap a few pictures on my phone though.  so, here are a few photos from my quick trip to oklahoma, according to my iphone: 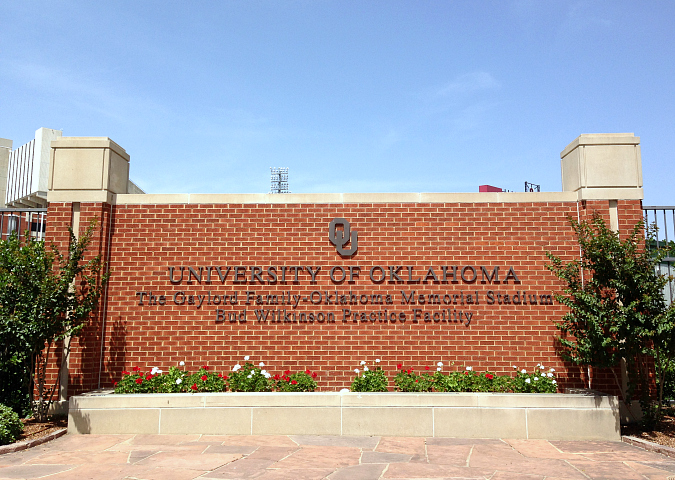 ^the conference was held at the university of oklahoma in norman.  the campus was absolutely beautiful.  the architecture of the buildings was gorgeous and the landscaping was perfectly manicured.  i was impressed.^ 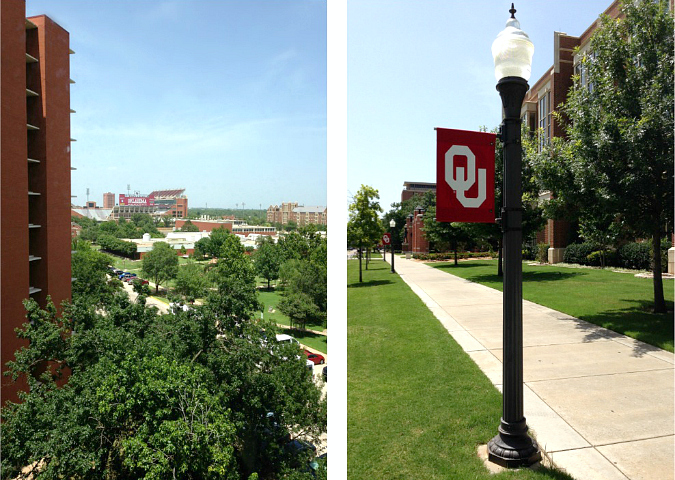 ^instead of staying in a hotel, the university housed the conference attendees in dorms.  it's been about a decade since i last stayed in a dorm, and let me tell you, i don't miss it!  i felt like i was roughing it for the few days i was there.  adults don't share jack-and-jill bathrooms as well as college students.  however, the view from my dorm room on the seventh floor of the residence hall was awesome!  there was an incredible view of the stadium out the window.  i also loved the OU banners which were on every lamp post on the campus.^ 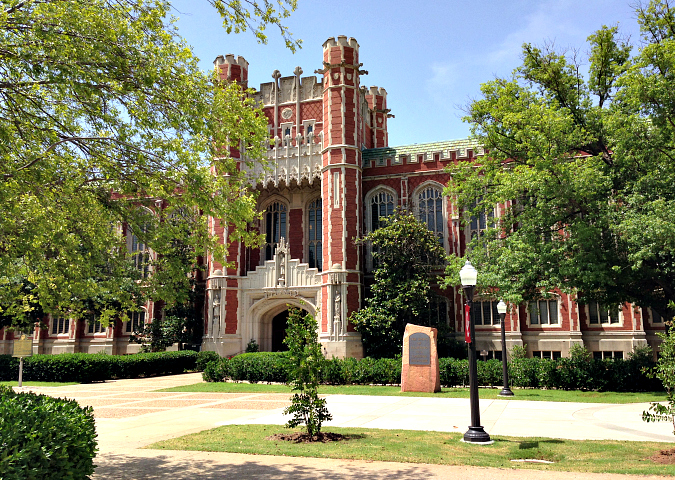 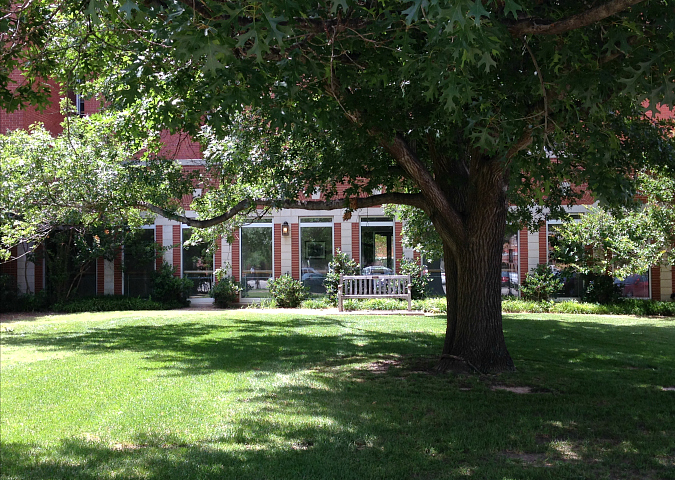 ^the buildings were gorgeous and there were so many cute little areas tucked all over the campus where you could sit on a bench and enjoy the outside.^ 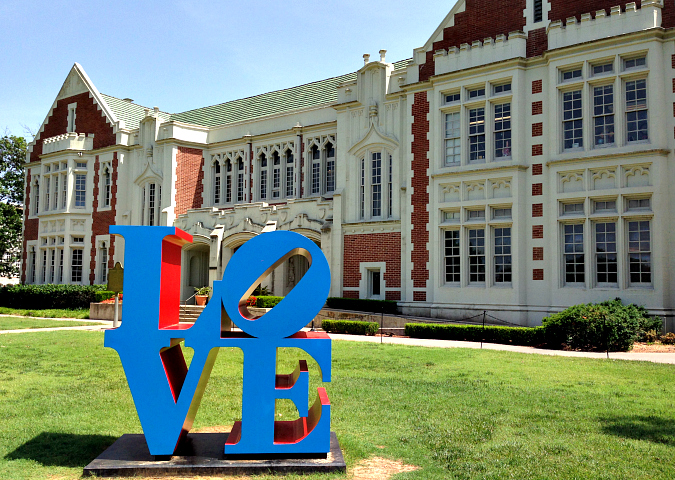 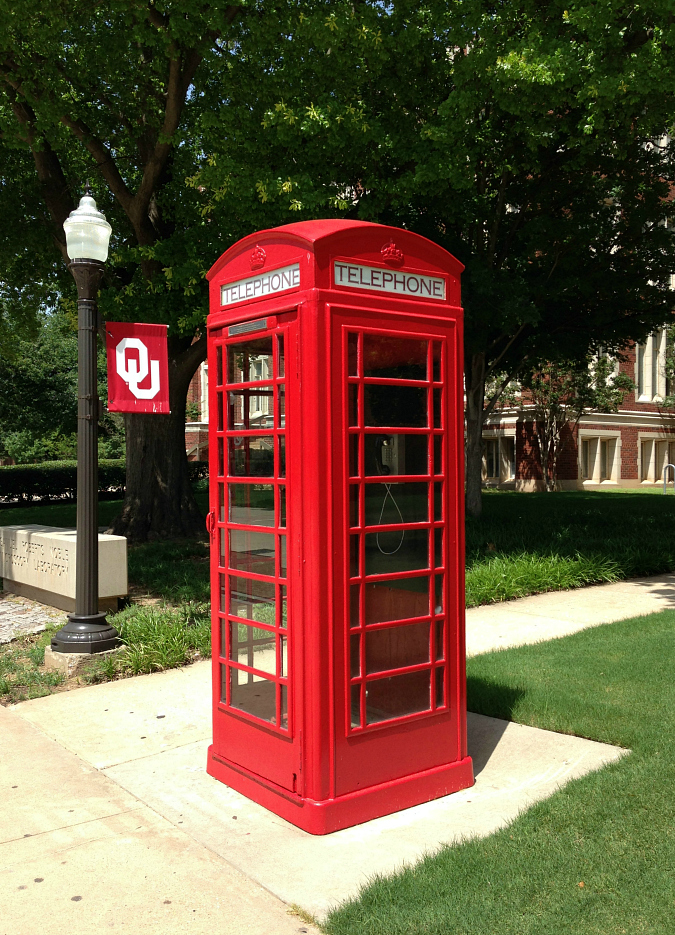 ^i'm not sure why, but these red london-inspired telephone booths were scattered all over the campus.  they sure were cute, but i have to say they did seem a little out of place in the middle of oklahoma!^ 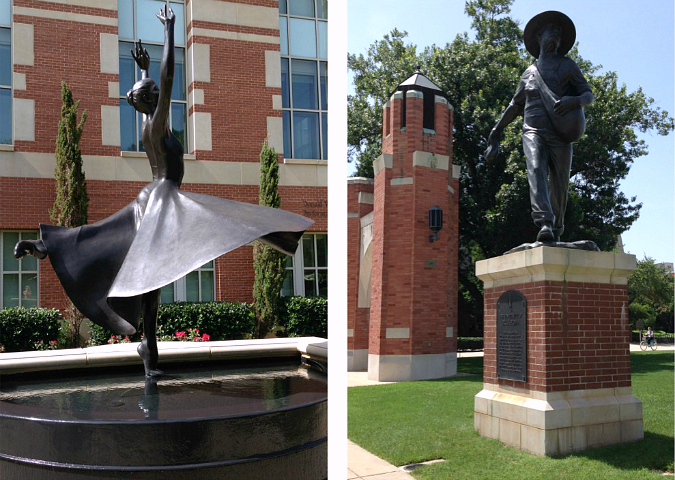 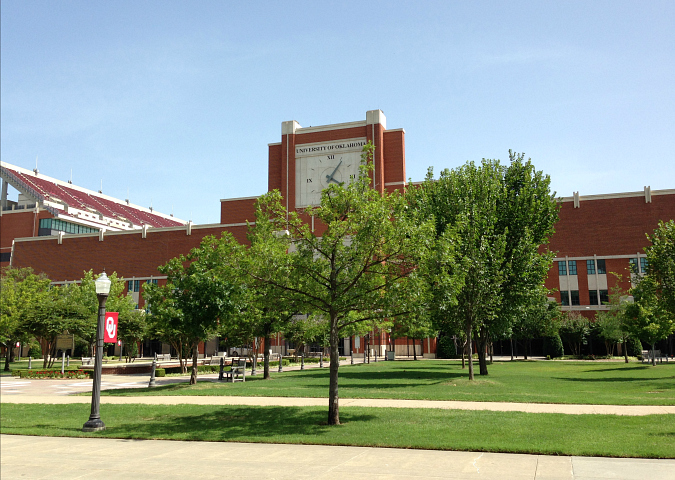 ^the football stadium was humongous.  by far the largest school stadium i've ever seen^ ^since we stayed in the dorms, that meant we ate school food like college kids.  that's another thing i don't miss about being a college student . . . the food.  let's just say i'm happy to be home and back to my own kitchen and my own cooking.^ 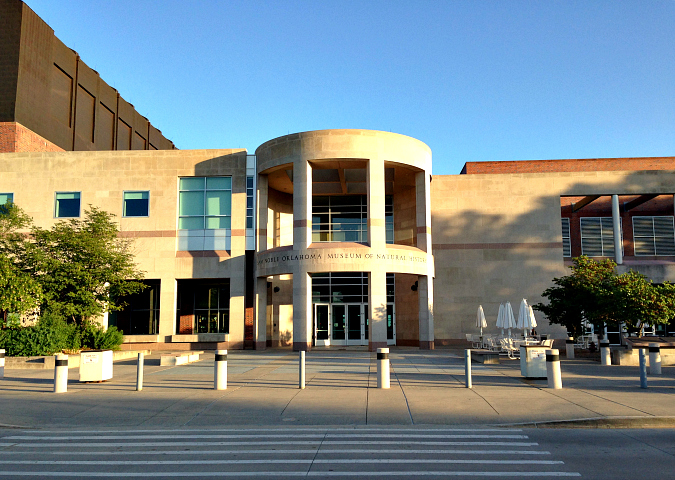 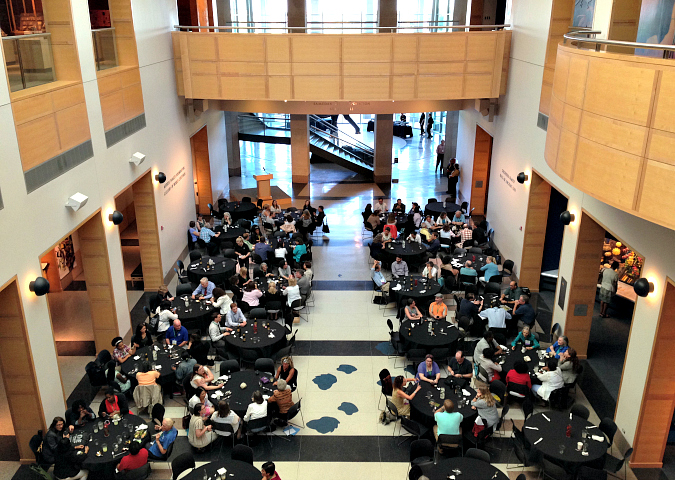 ^the sam noble oklahoma museum of natural history sits right on the schools campus and it is a really neat museum.  one night the conference hosted a dinner in the museum.  it was after hours, so the museum was closed to the public and we had the entire place to ourselves.  we ate in the great hall and then were free to roam around the exhibits.  it was very cool!^ 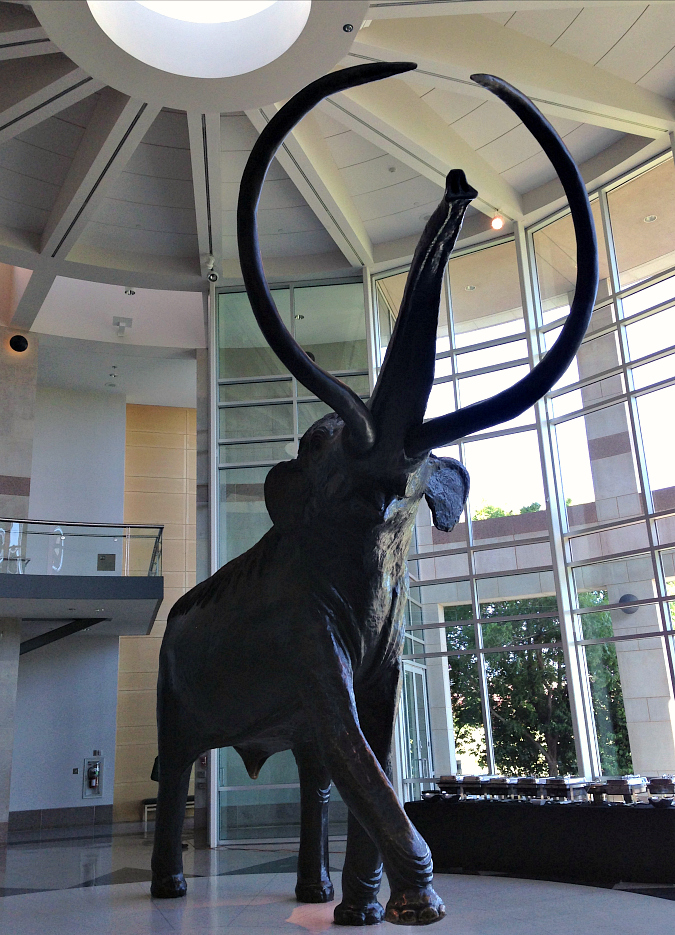 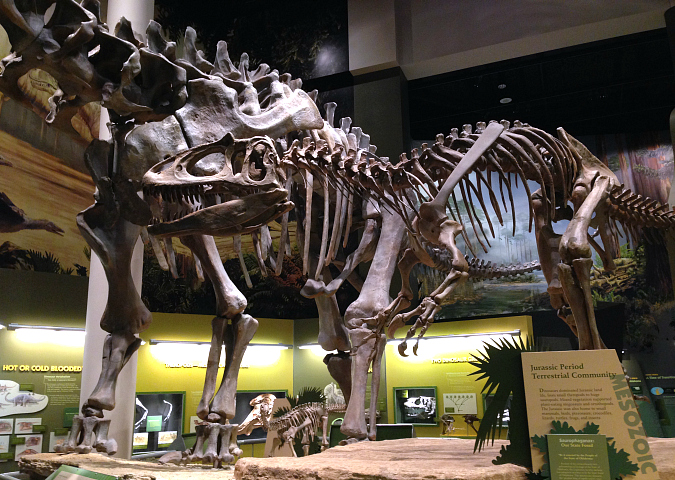 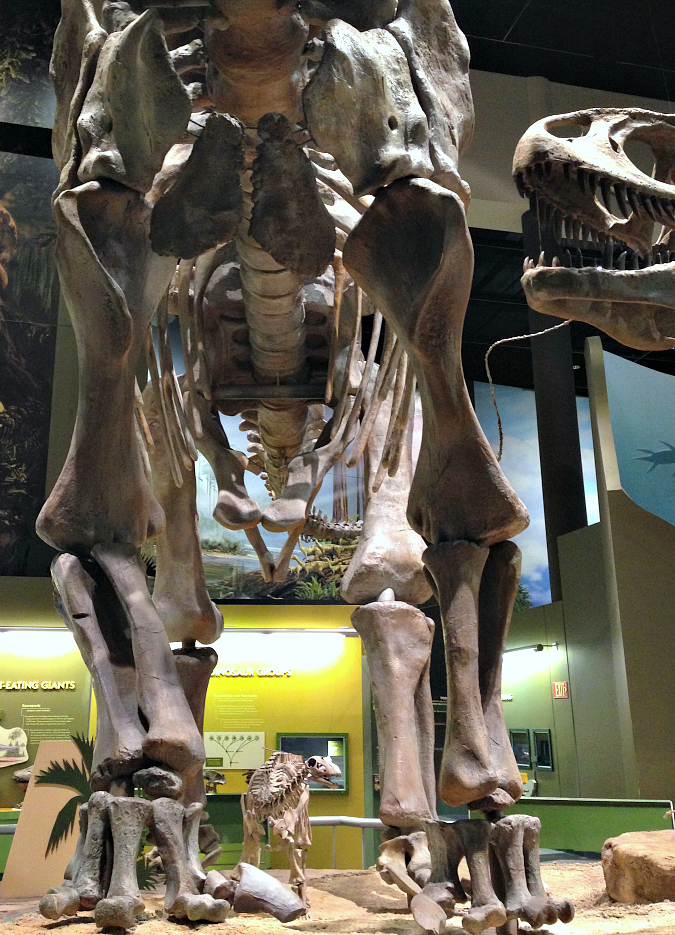 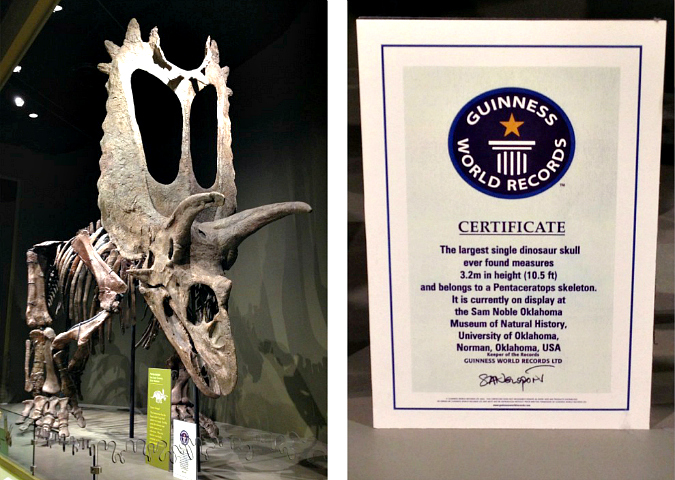 ^the museum has in incredible collection of dinosaurs.  it was breathtaking to see the bones up close and totally intimidating how big they were!  it was also really amazing to see what the guinness world records corporation has deemed to be the largest single dinosaur skull ever found!  wowza!^ 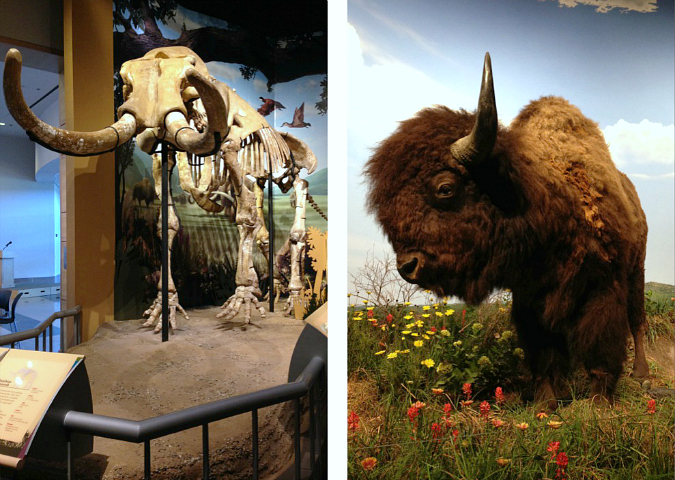 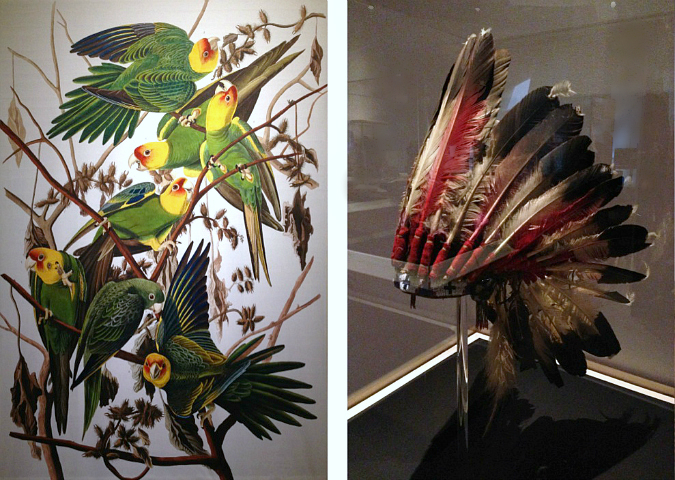 ^there were so many neat exhibits, including the famous john james audubon collection of birds prints which is currently on display through the end of july.^ 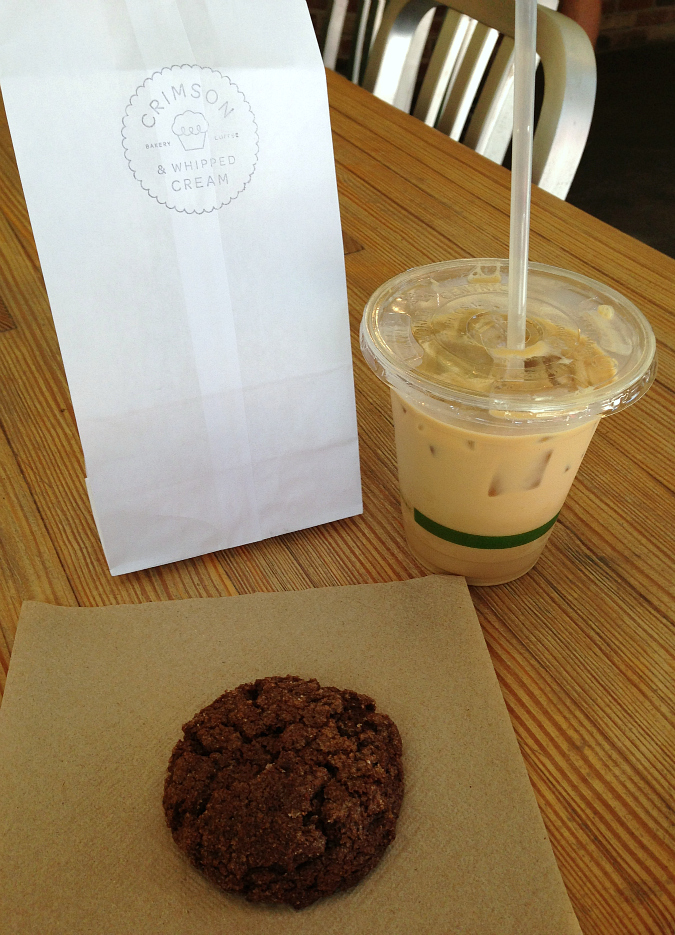 ^i explored the city of norman, oklahoma when i had a little free time.  i stumbled across a quaint little cafe called crimson & whipped cream.  (such a cute play on words since the university of oklahoma's school colors are crimson red and cream!)  it was hot outside walking around, so i took a break from the heat to sit in the cafe and enjoy their air conditioning along with an iced latte and a spicy chocolate cookie.  such a cute little cafe with a great vibe!^ 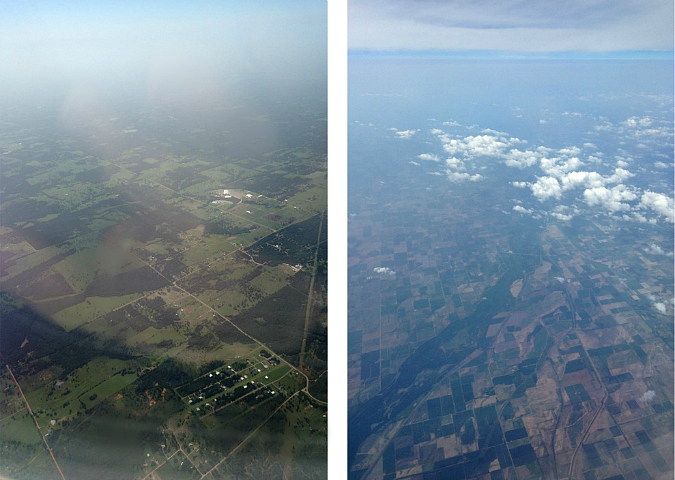 ^in my opinion, window seats on planes are the way to go.  i love looking down and seeing the world below.  it is such a neat viewpoint that you rarely get to see!^

the trip was interesting, but boy am i sure glad to be home!  it's so nice to be able to love up ryan and leko, eat my own cooking, shower in my own clean shower, and sleep in my own comfortable bed!

I love the photos. That architecture is really fancy. The dinosaurs are amazing. I would like to see those skeletons in person.

The campus is really beautiful. That one building in particular is gorgeous. The statue of the dancer is unique. Usually statues are some abstract item. The museum seems to have quite a few interesting items, especially dinosaurs, wooly mammoth, and buffalo. Looks like it could have been a fun trip if you were not so rushed.