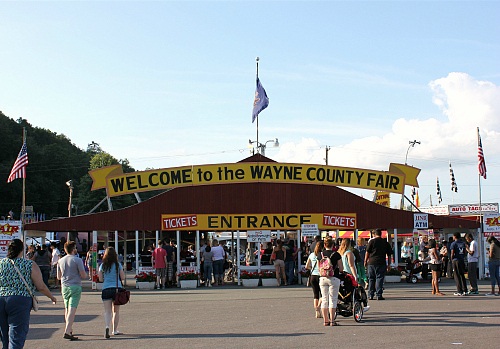 we discovered the wayne county fair for the first time two years ago, and we were instantly hooked.  it's a quintessential old-fashioned county fair and it is a sight to behold.  one admission price gets you into the fair to see the animals, the vendors, most of the shows, and best of all ride the carnival rides.  you really can't beat it.  (i mean, that $8 admission fee is worth the money just to people watch, if you know what i mean.)

going to the wayne county fair is becoming somewhat of a summer tradition for us now.  we took a trip to the fair one night after work last week and we had such a good time.  it just so happened to be the night that they had fireworks too.  (points to the world's greatest husband for planning that date night perfectly.)  ah, summer.  there's nothing better. 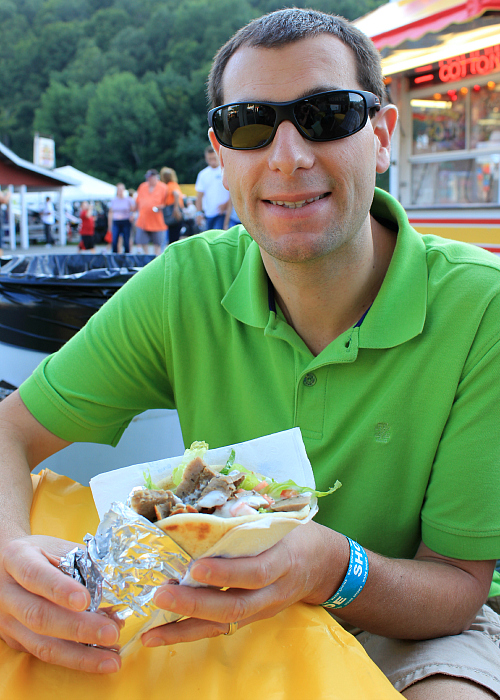 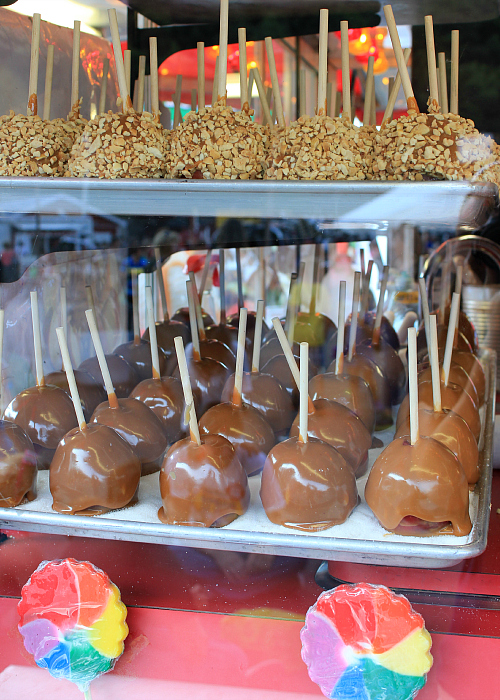 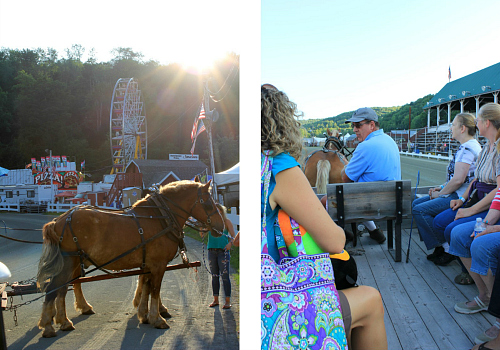 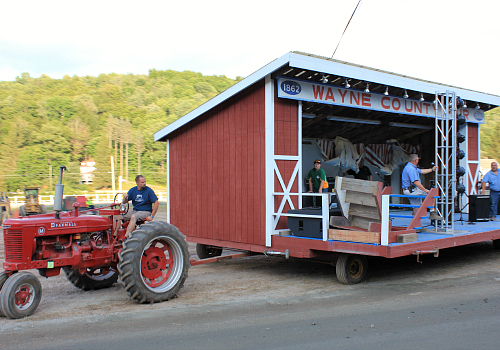 ^shortly after we got to the fair, we found this guy driving around in a horse-drawn wagon.  he was offering to take people on a ride around the horse racing track.  so we said sure, why not?  he was sweet and told us all about his two horses and his farm.  also, it's not everyday you see a tractor pulling a stage with a bunch of guys on it.^ 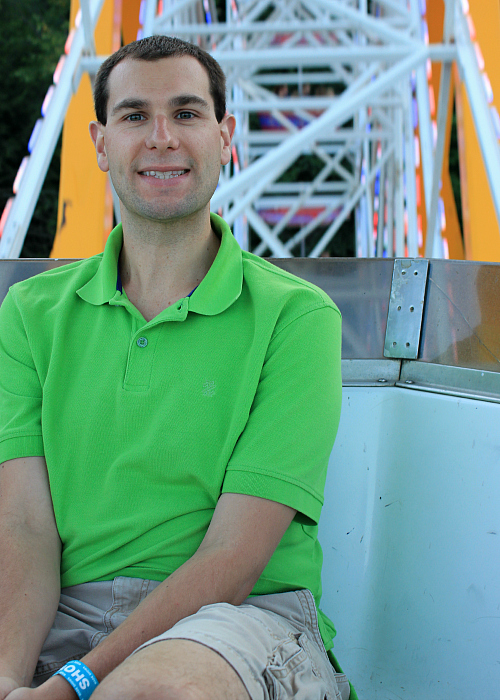 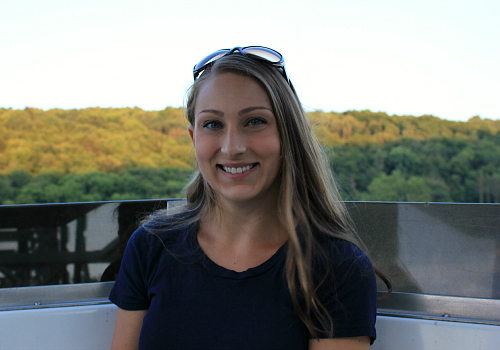 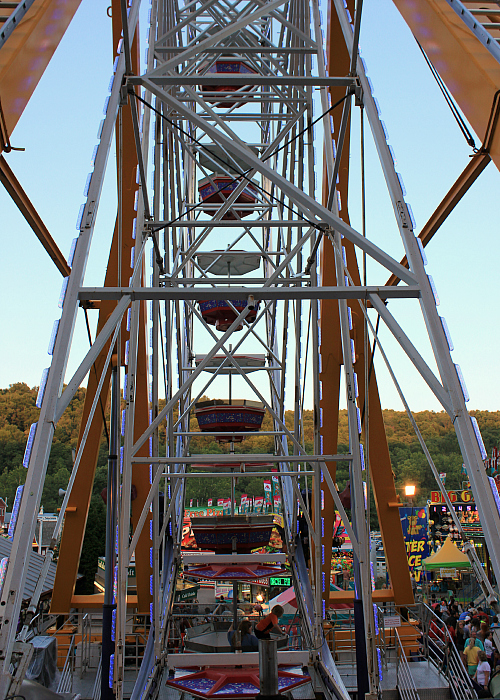 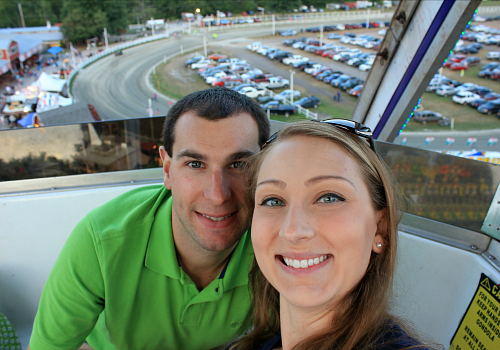 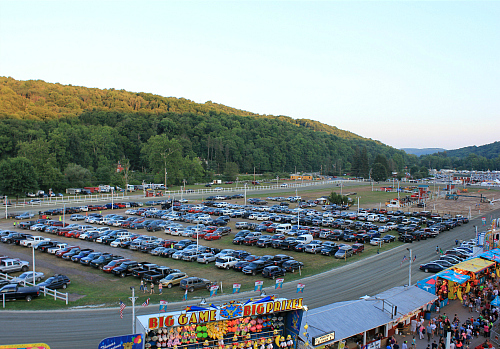 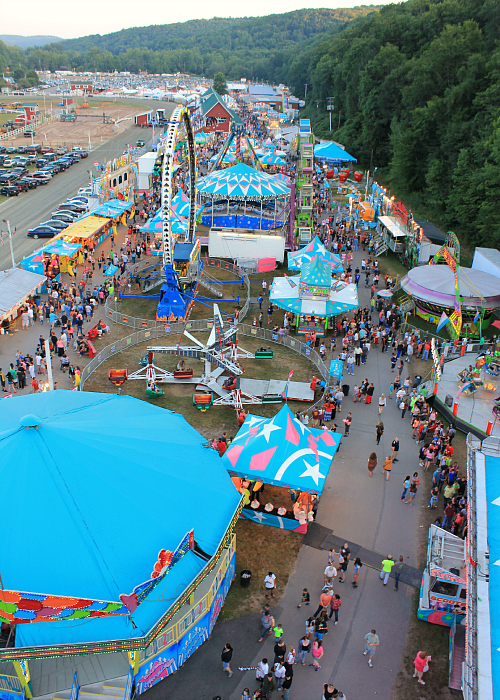 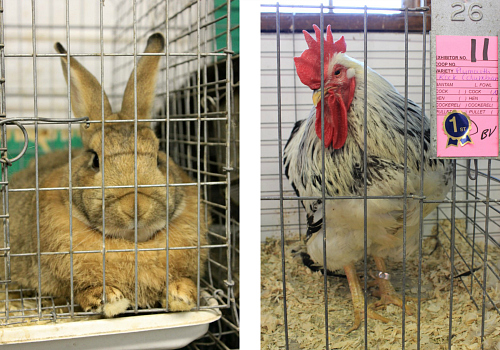 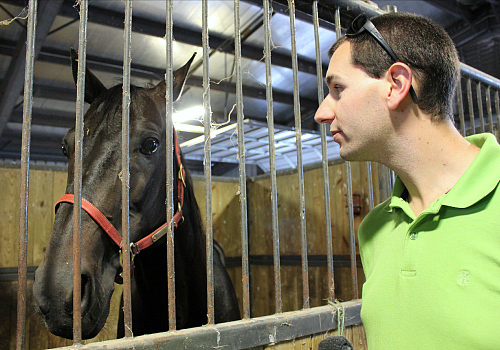 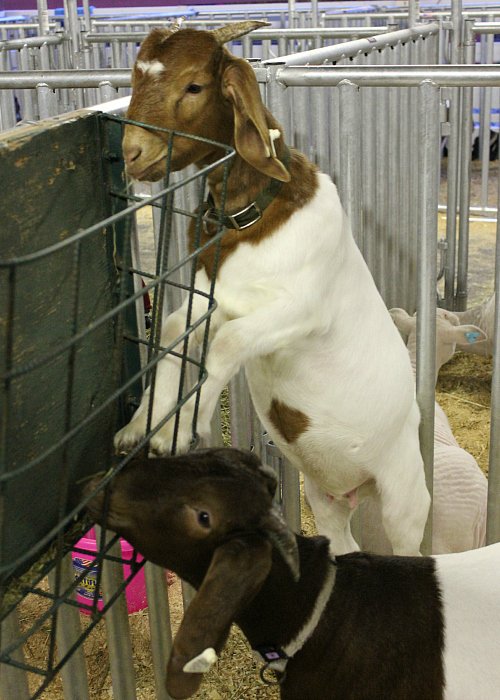 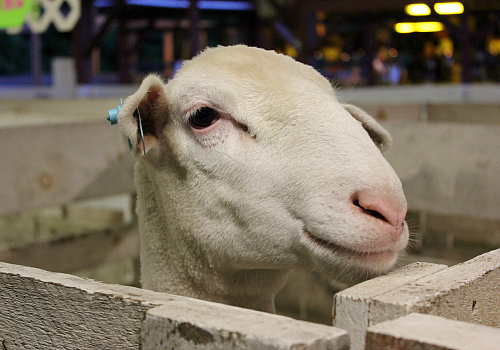 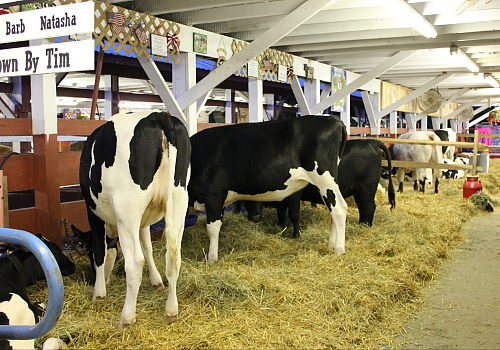 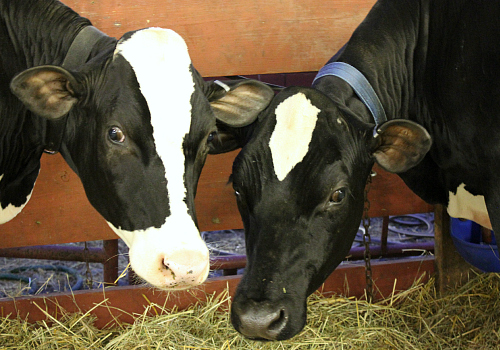 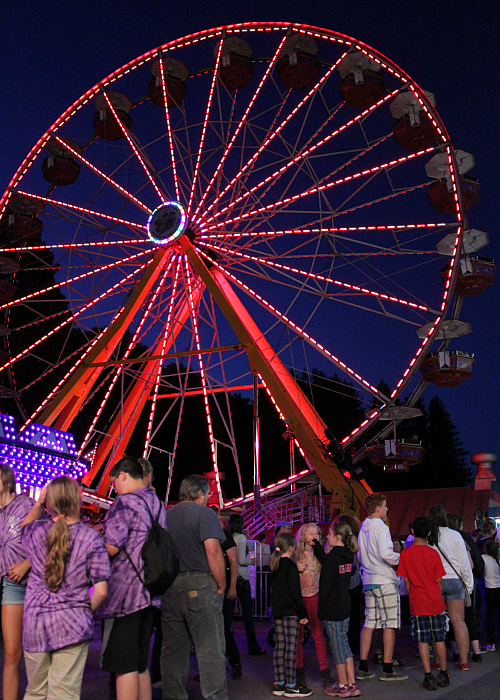 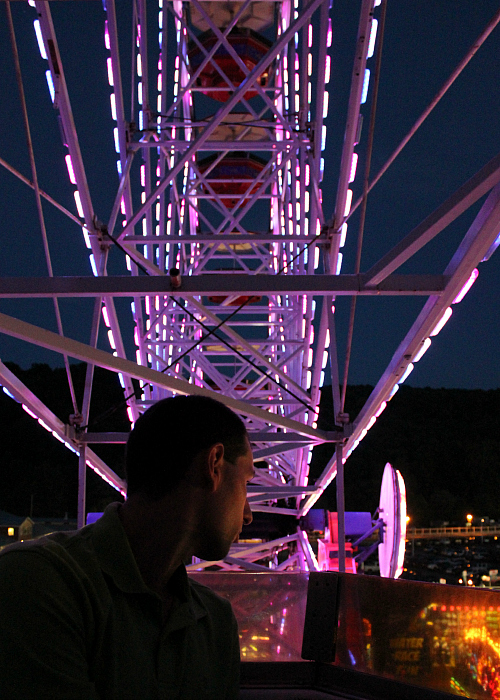 ^we rode a bunch of rides.  you name it, we rode it.  of course we had to ride the ferris wheel twice because it is so neat to see the view of the fair all lit up at night.^ 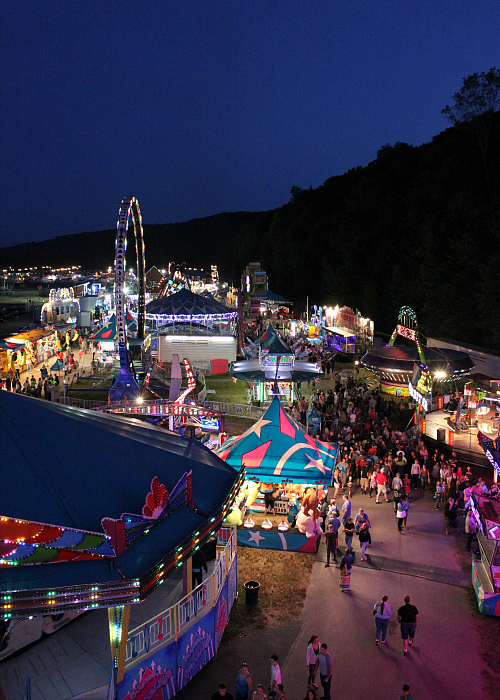 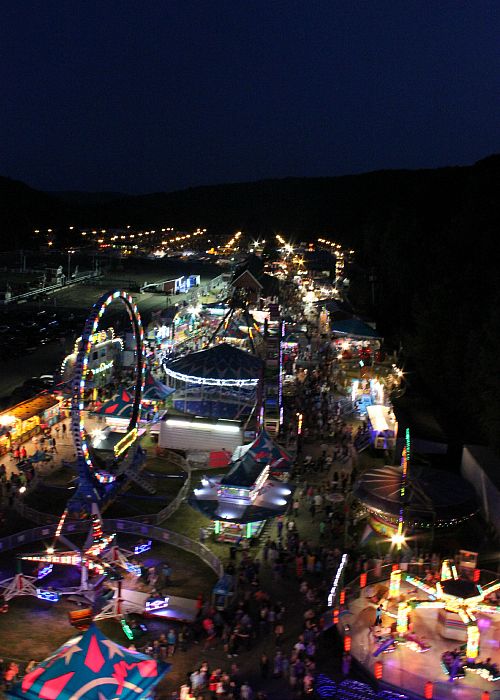 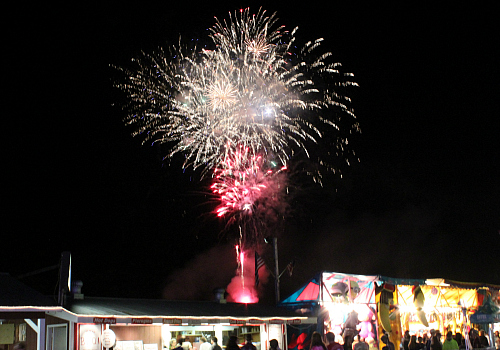 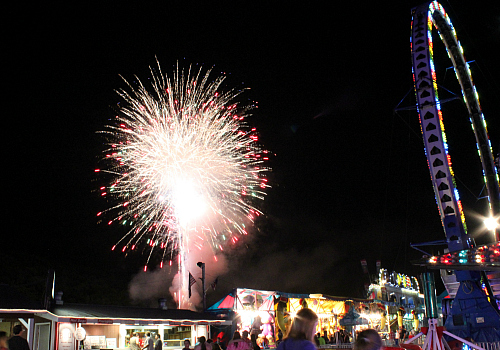 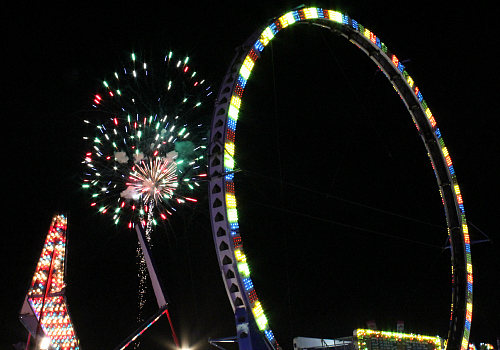 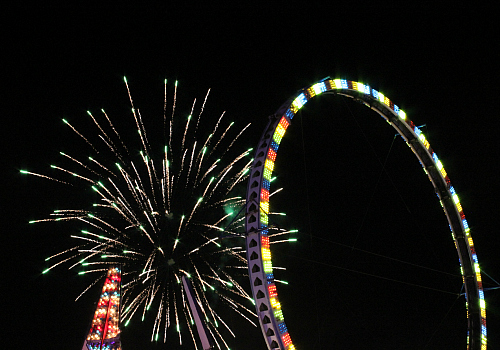 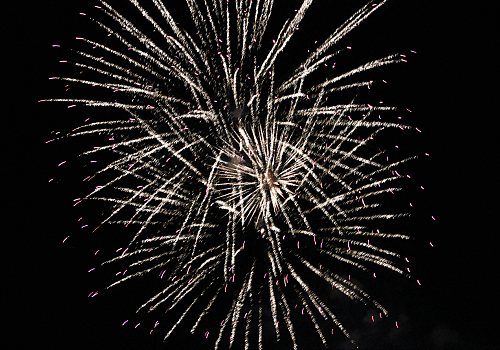 Very pretty photos. The fireworks came out really well, and I think all the animals look so clean and so cute! It looks like a lot of fun.

That Ferris wheel looks very high.
When you see it from a high, it appears to be a very large fair with great food. You got all the animals to pose for their pictures.
The horse is being hard to get for Ryan.