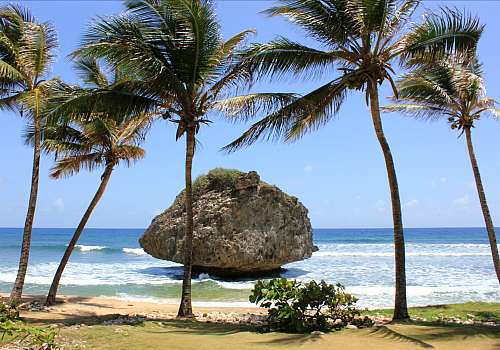 the second port of call on our caribbean cruise was barbados.  while we were in barbados, we took a coast-to-coast tour of the island.  we learned about the history of barbados and admired the magnificent views.

our tour stopped at one of the highest points in barbados for a panoramic view of the island and the coastline.  there are monkeys that run wild all over barbados.  while we were at the lookout point, we got to see a green monkey up close.  (as it turns out, even though they are called green monkeys they are not green at all!)

we drove all around barbados, visiting historic landmarks and little villages along the way.  we saw old sugar can plantations, and we stopped at several lookout points for breathtaking views.  we also visited bathsheba and got to see the amazing rocks that sit along the coastline.  although they look like boulders, they are actually rock formations broken away from ancient coral reef.  the big rock looked like it was levitating above the water!  while at bathsheba, we had the chance to taste raw sugar cane and to drink coconut water straight out of a coconut too.

barbados was absolutely gorgeous.  the island had such beautiful pearly pink sand beaches and clear blue water.  it was lovely.  here are a few of the many, many photos that we took in barbados . . . 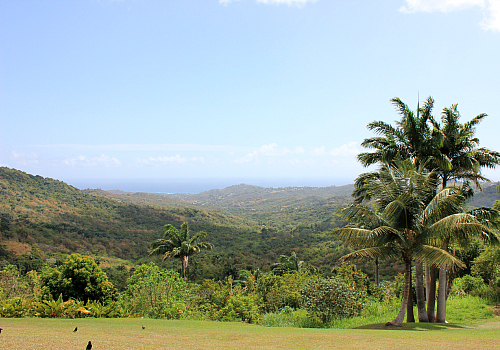 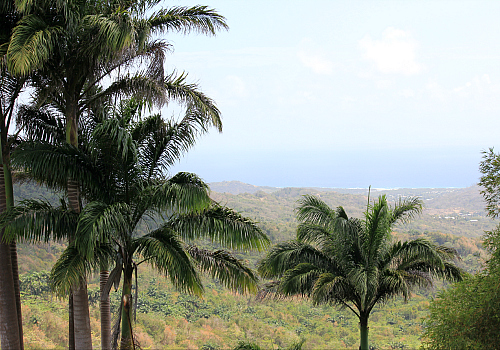 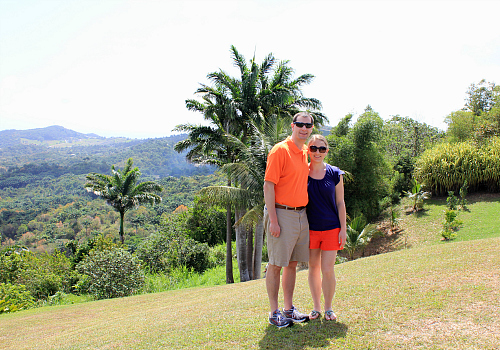 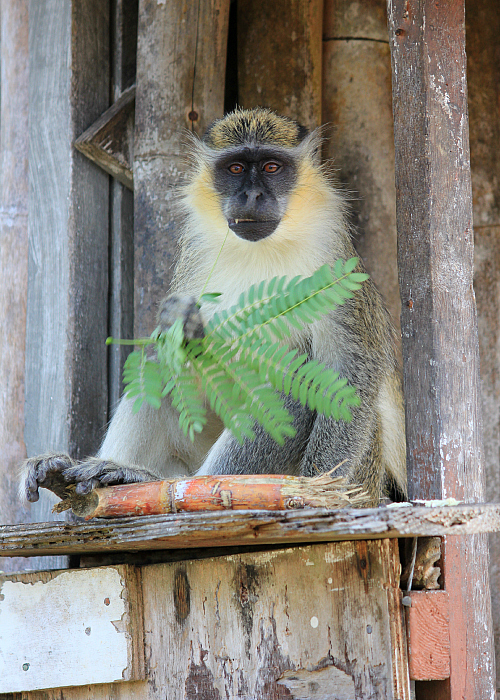 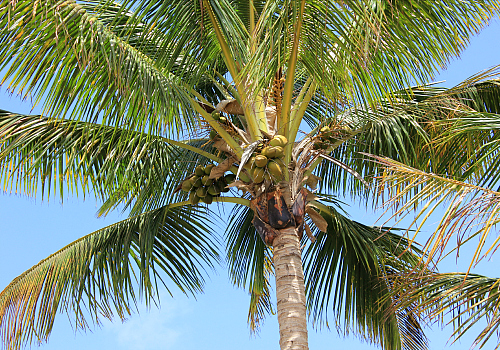 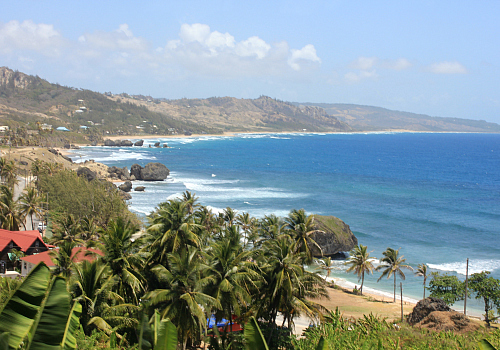 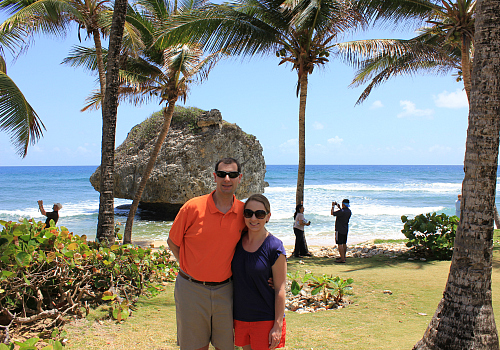 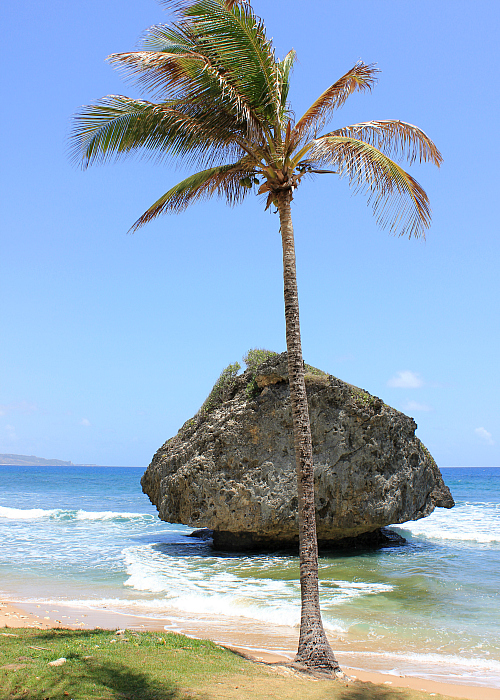 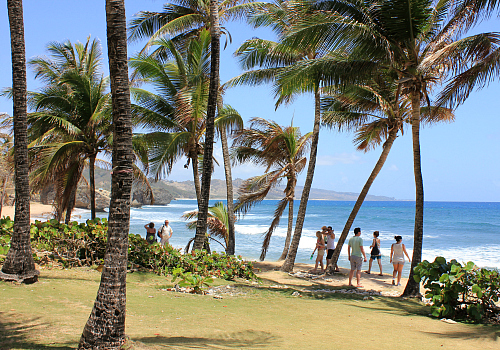 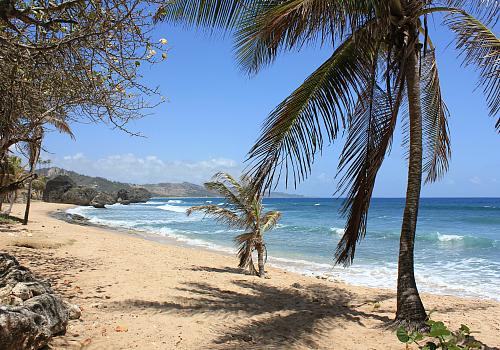 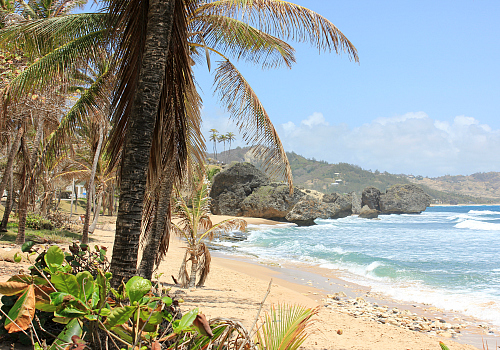 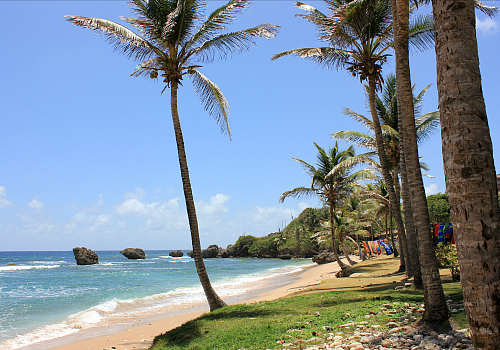 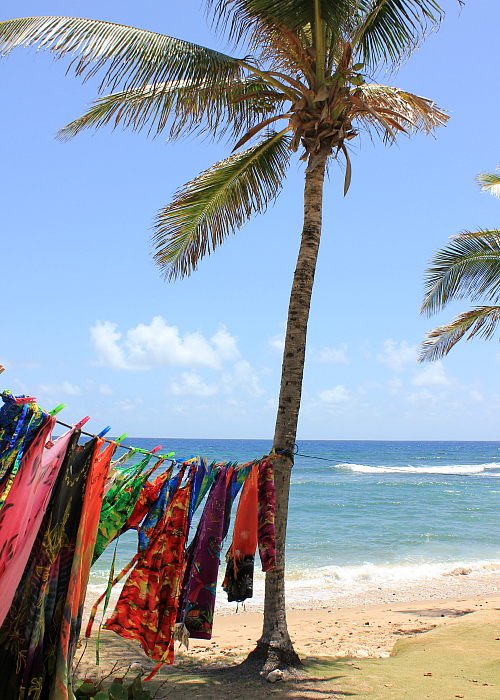 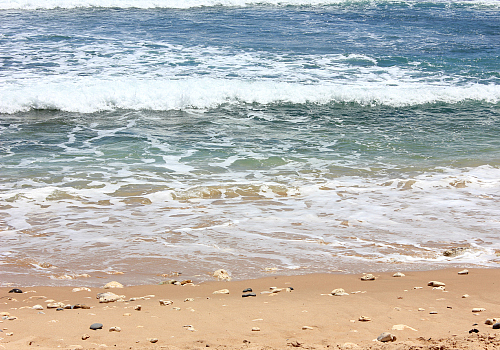 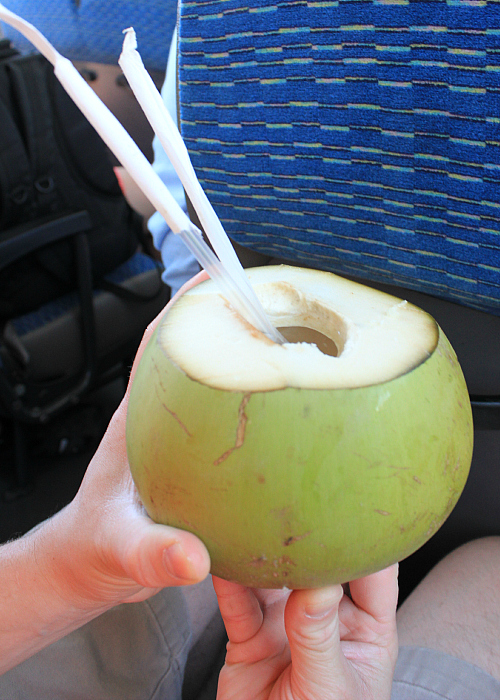 I remember that monkey, you must have taken the same tour as we did. I even remember the sights, rock, and hanging sale items.
Beautiful weather.

It is so pretty there. That rock is pretty cool.

Great photos.
Glad you enjoyed your day on our lovely island.

Gorgeous pictures!! So colorful and vibrant. Did you bring your good camera? Looks like it was an amazing vacation!!

Thanks, Kathy-Lynn! We really did enjoy our day on Barbados. It was gorgeous. I bet you love living there!

Thanks, Hannah! I did bring my good camera with me on the cruise. I took a lot of pictures with my good camera. However, I didn't take it with me on excursions that involved water because I didn't want to risk getting it wet. For water-related activities, I used my waterproof Olympus point-and-shoot camera. The quality isn't as good as my Cannon DSLR, but it is still pretty decent. I have had it for about 7 years now, and it is a great camera for the beach/water. Here is the one I have: http://www.olympusamerica.com/cpg_section/cpg_archived_product_details.asp?fl=&id=1314