leko and the disco ball 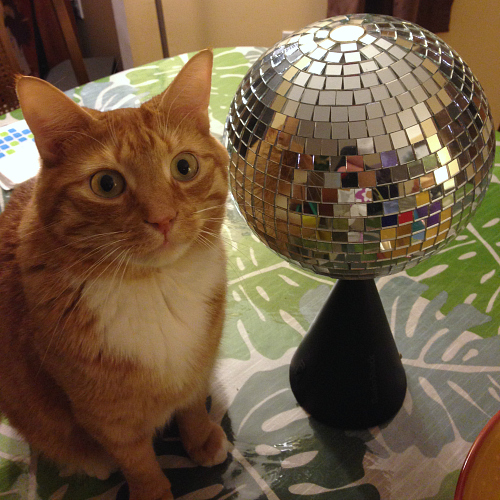 this week we have been cleaning up various things from our twisted theatre show.  one of the props that we used in the show last weekend was ryan's disco ball.

when we brought the disco ball back home after the show, leko discovered it for the first time.  (although we have had the disco ball for years, leko has never seen it before because we store it hanging from the ceiling in our basement.) 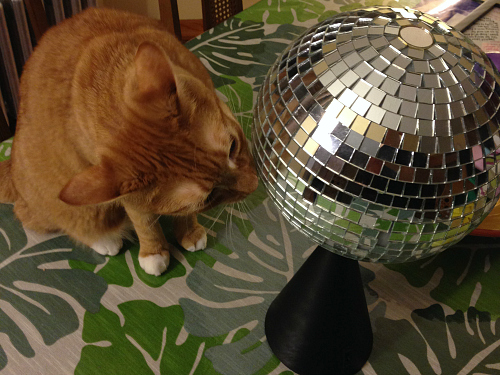 I was pretty sure that Leko would be interested in that ball. Such a cutie!

I can't tell what is brighter.