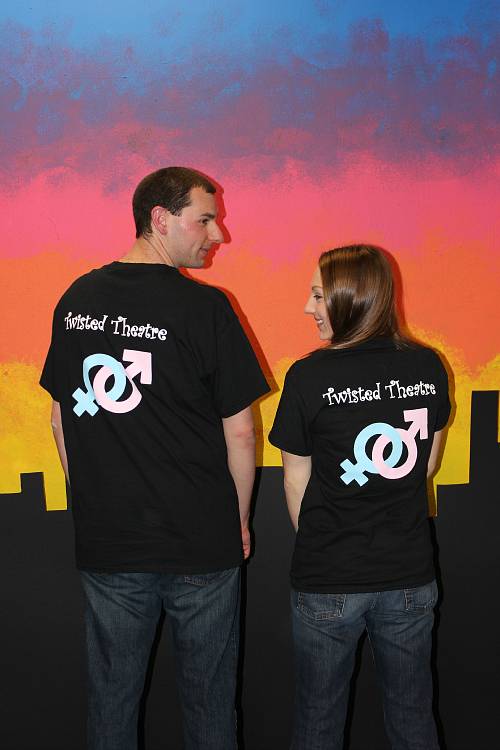 wheph, this weekend was a whirlwind!  on thursday, friday, and saturday, we had the performances of "twisted theatre" which is the show that we have been working on for the past few weeks.  then on sunday, we had to strike the show.  needless to say it was a power-packed weekend.

the show went great!  it was really well received by the audiences each night, and the cast/crew all worked so hard.  we can hardly believe that it is over already.  we're so sad to see it go, but we will be happy to get a little time to rest now!

in addition to directing the show, i also had the opportunity to design the set.  two weeks ago, i shared a few pictures from when we were in the process of building the set for the show.  now that the show is over, i wanted to share a picture of the finished product.  the concept for the scenic design was a silhouette of the new york city skyline set against a colorful sunset.  the set was 20 feet wide, so we built it in 5 sections that were 4 feet wide each.  we built the set in our garage at home, and then transported it to the theatre where we put it all together.  here's what it looked like.  (trust me when i say it looked even better under the theatre lights!) 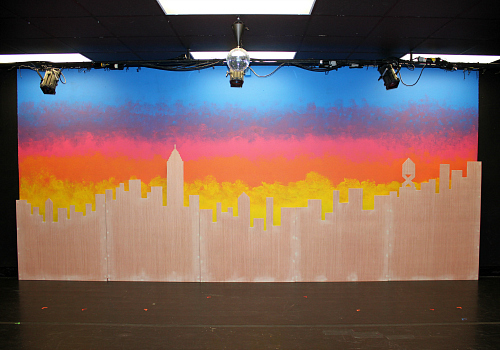 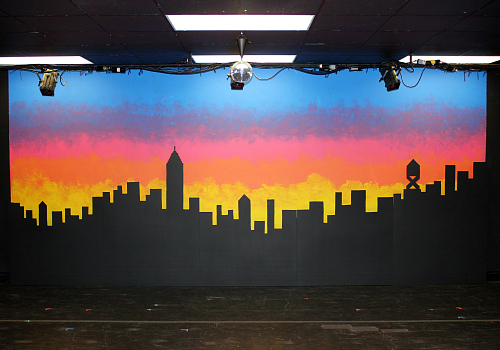 The set turned out really well and the show was amazing! The kids all did a fantastic job! I hated to see the night end.

That was a nice amount you earned for the cause. The show was so well done and performed. I really enjoyed myself. Again, you and Ryan did an awesome job.