while we were in nyc this weekend, we stopped by grand central station to see the annual holiday train show at the ny transit museum gallery annex and store.

grand central station is celebrating it's 100th birthday this year, and this is the 11th year for the holiday train show.  the elaborate train display was built by lionel.  in the display, model metro-north and ny central trains depart from a miniature grand central station and then take a journey through a 34 foot long, two-level track.

there is so much detail, it's really incredible.  the train display is so impressive.  i felt like a little kid watching it.  everywhere i looked there were so many little details hidden.  i could have stared at it for hours.

if you are in nyc, be sure to check out the holiday train show at grand central station.  it will be on display through february, and admission is free! 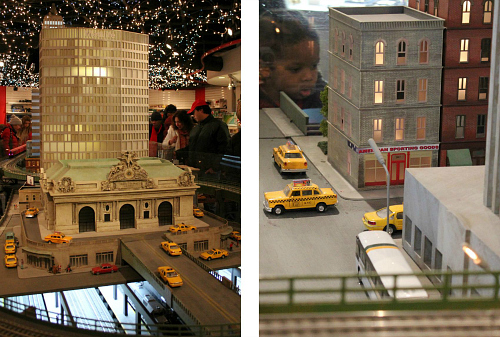 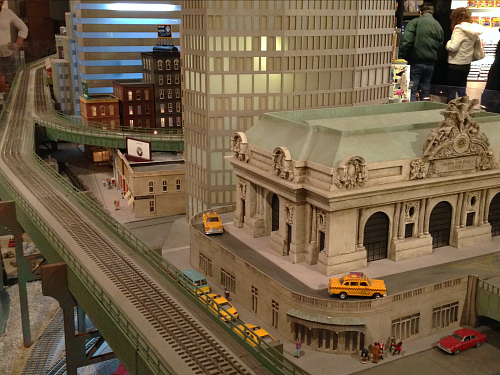 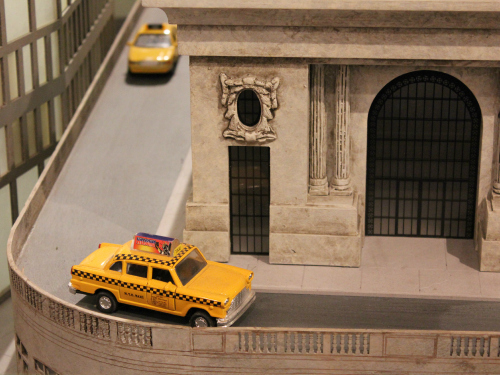 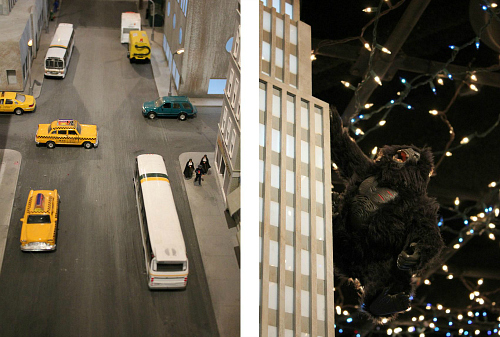 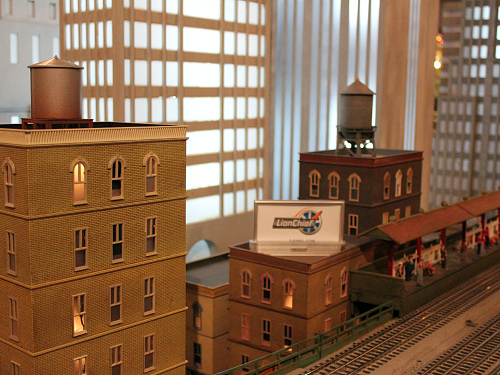 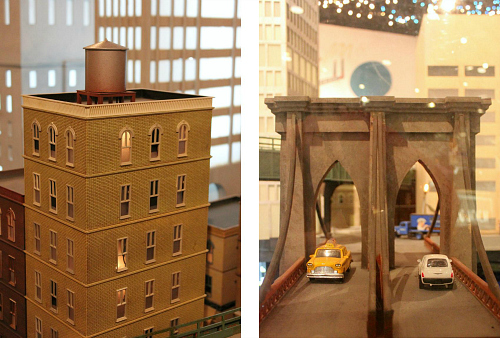 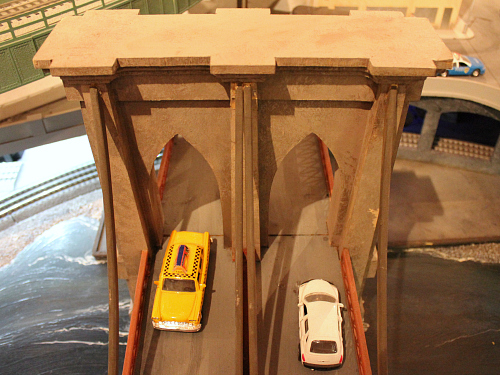 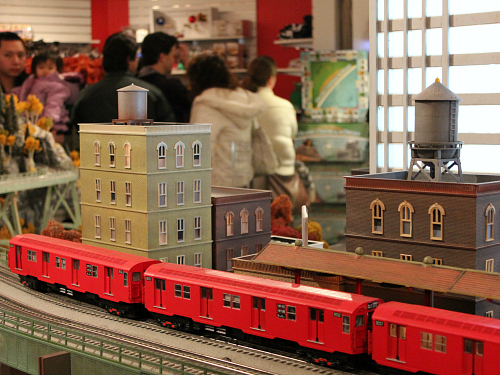 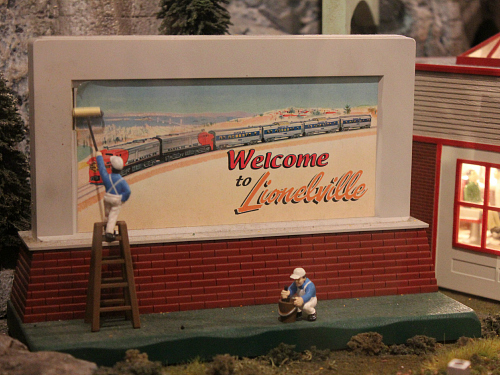 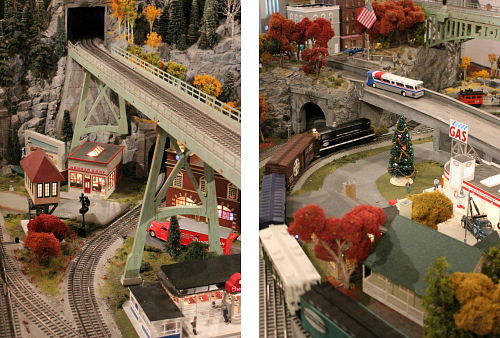 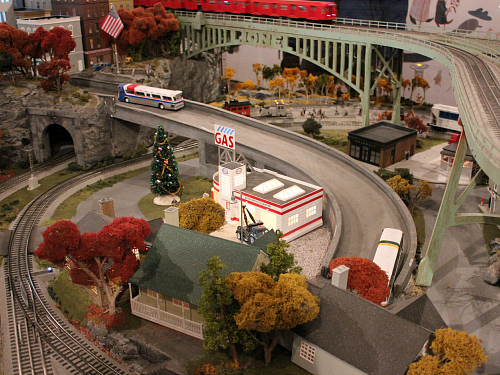 The building are really ellaborate and ornate. What a dislplay.

That display is really well done. It reminds me of going to Roadside America when I was a kid. It was not quite as fancy but there was a lot of detail there also.