behind the scenes {by ryan} 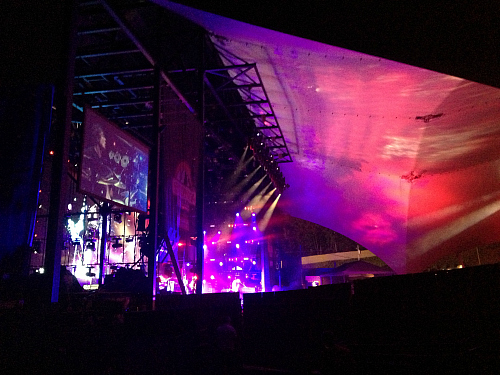 hi, everyone!  ryan here.  today laurie is turning over the reins to me and letting me share a little bit about working behind the scenes as a stage hand.  when i was in college, my concentration was technical theatre, and ever since college i have been working as a theatre technician for our local stage hands' union (in addition to my full-time day job).  as a stage hand, i get to do a variety of different things including lighting and set construction.  over the years, i have had the chance to work all sorts of shows from national broadway tours on large stages to music concerts in outdoor amphitheaters.  it's pretty cool.

over labor day weekend, i worked the 2013 honda civic tour featuring maroon 5, kelly clarkson, and rozzie crane.   (laurie loves maroon 5.  she saw them in concert with jason mraz when she was in high school.)  i was there all day long, from 7:30am to 1:00am the next morning, loading in the show, running the show, and then loading out the show.  while i was working, i got to listen to the concert from back stage and then a little bit from the front of the house too.  (at one point i was just 5 feet away from kelly clarkson.)

normally when i work concerts like this one i'm so busy working that i don't get a chance to take any pictures, but during this concert i had some time to snap a few pictures on my phone.  so, here's a glance into my view as a stage hand.  i just love all of the colors of the lights in these pictures . . . 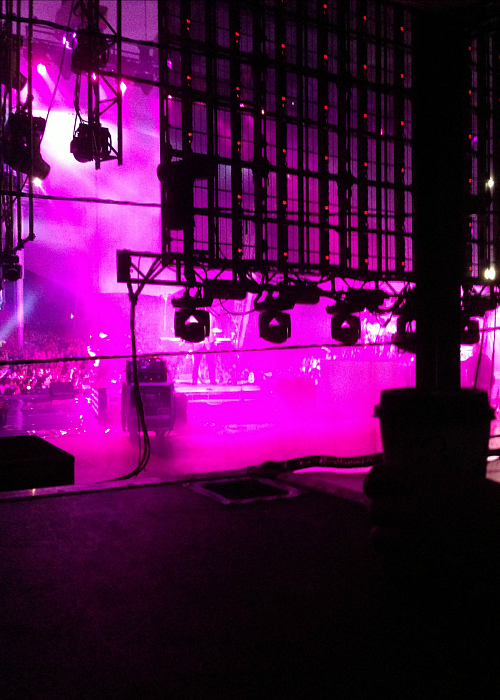 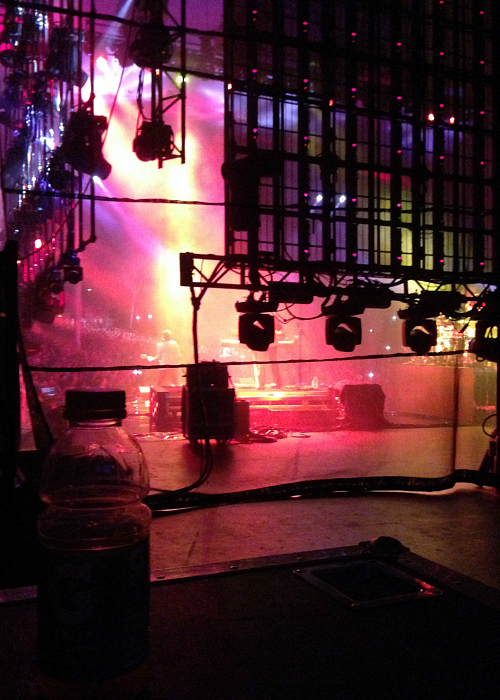 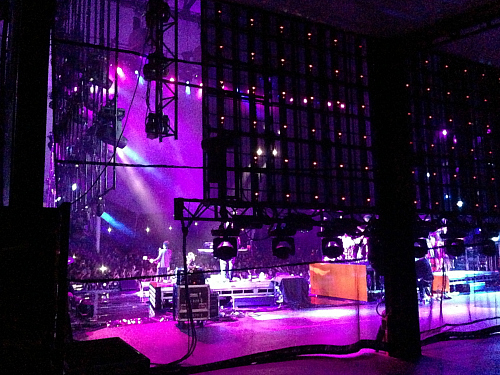 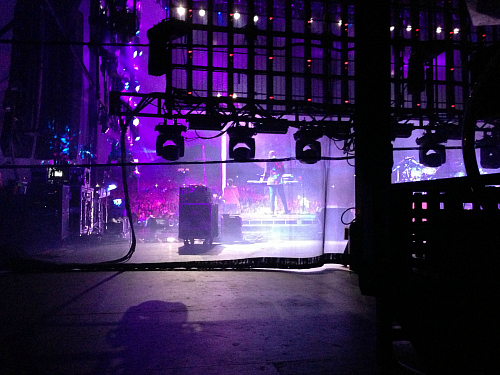 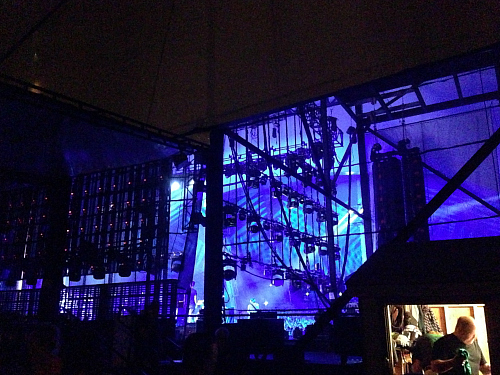 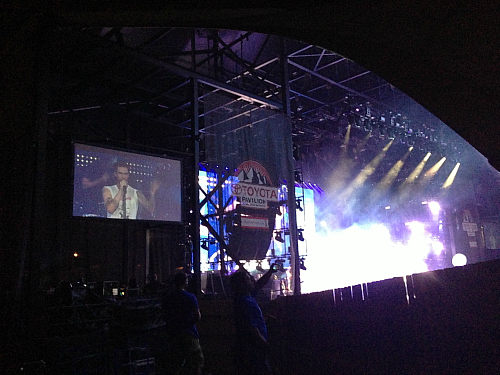 ^watching maroon 5 perform from the front of the house^ 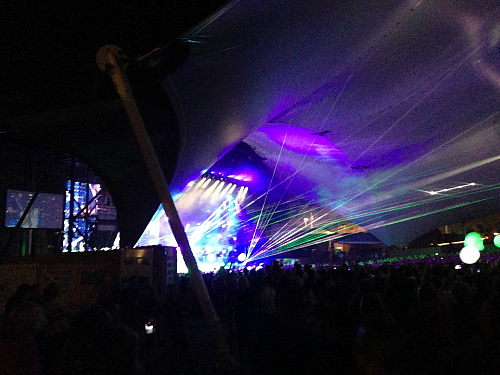 ^a concert just wouldn't be complete without lasers^ 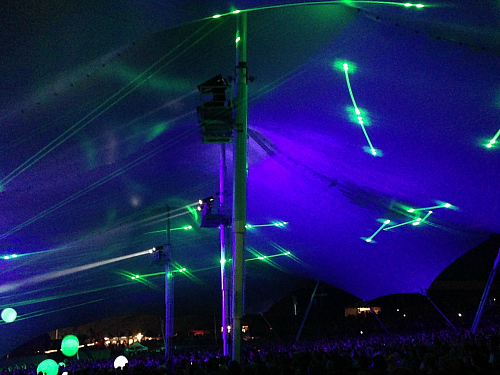 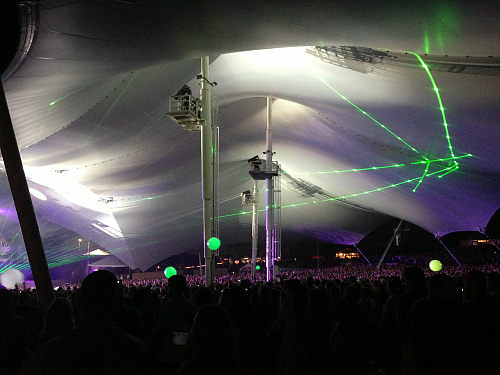 ^at one point during the concert, we threw these giant white beach balls into the audience.  each ball had a wireless transmitter inside which communicated with the light board.  as the balls were tossed around the crowd, the light board operator changed the colors of the balls.  the effect was pretty cool and people loved it.^ 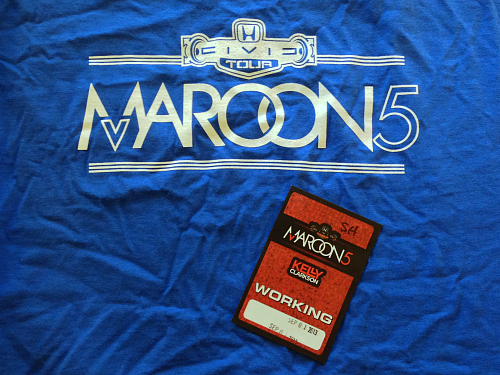 ^my very wrinkly crew shirt and my back stage pass . . . as crew members, we get t-shirts for just about every show that we work.  the t-shirts are color coordinated to distinguish what crew we are working on for each show.  i had a blue t-shirt for this concert since i was on lighting crew.  our back stage passes are called silks.  the t-shirts and the silks are cool souvenirs from each show.  i have quite a large collection at home from all of the shows that i have worked over the years.  it's fun to look back at them and to remember the different shows.^

over and out,
ryan
Labels: by ryan, iphone pictures, summer, theatre

Wow! what a set up and the lights are fantastic. I did not realize that the staging area was that large and involved. The amount of equiment they use is unbelievable.
It is good to hear that you enjoy you job as a stage hand.
We are proud of you.