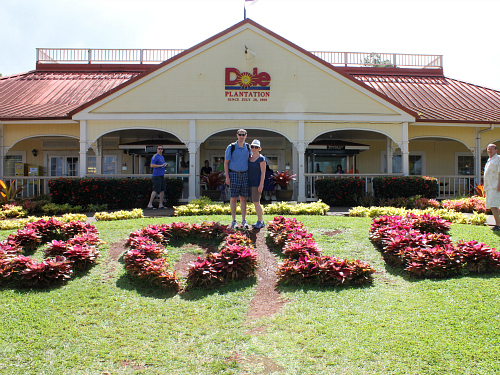 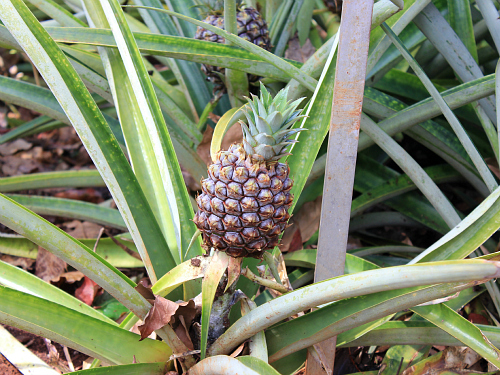 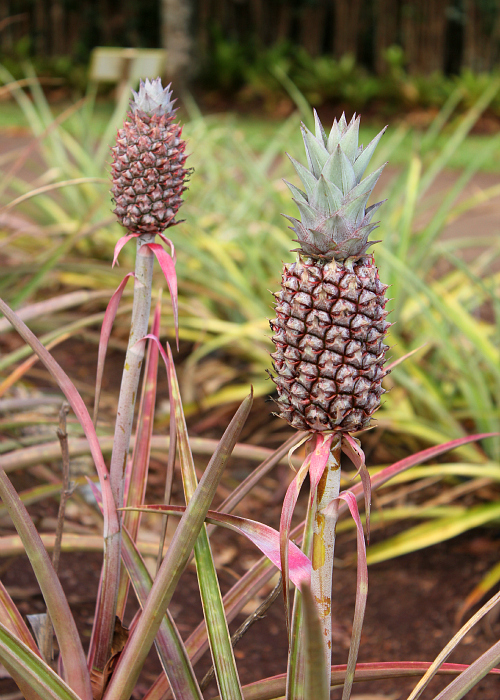 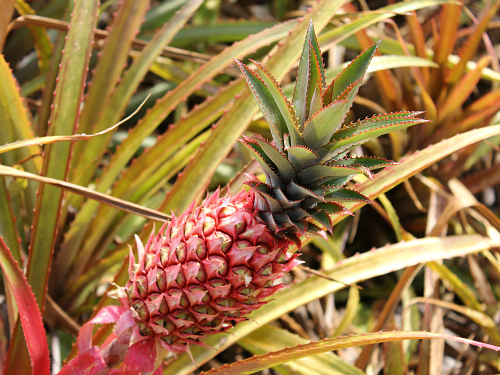 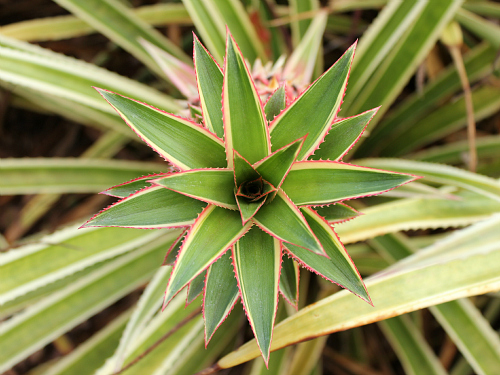 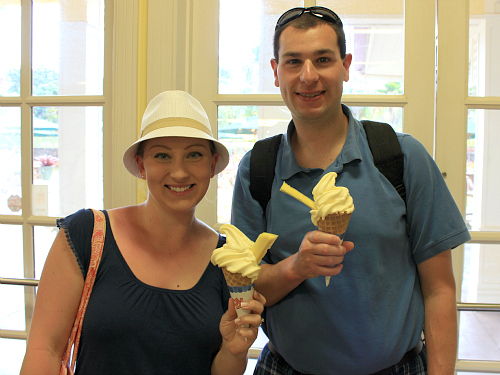 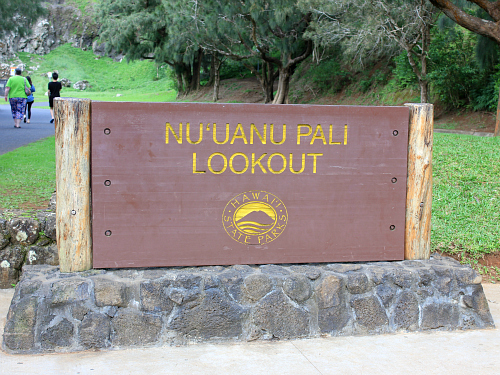 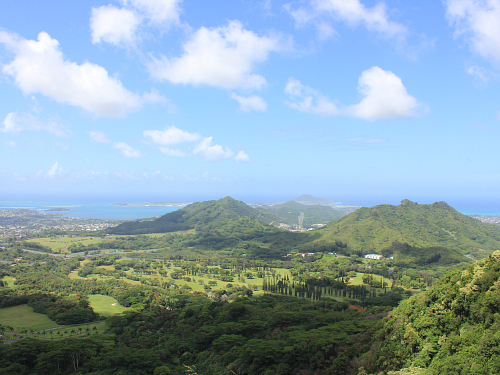 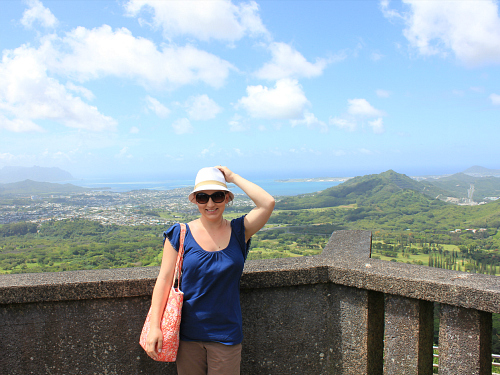 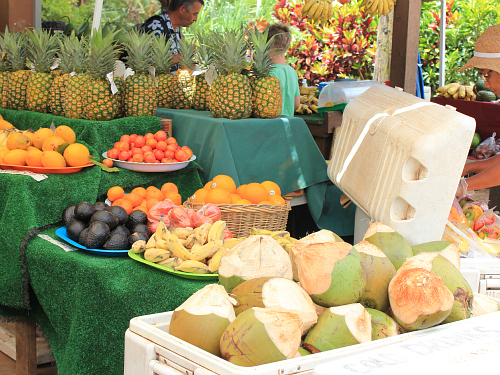 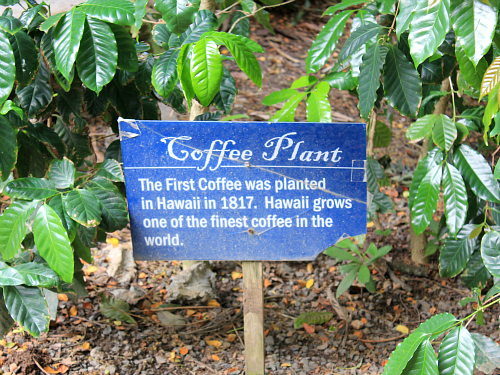 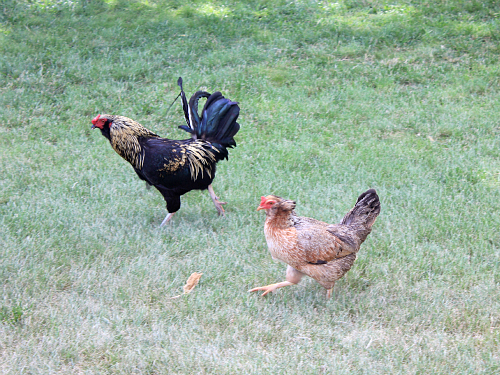 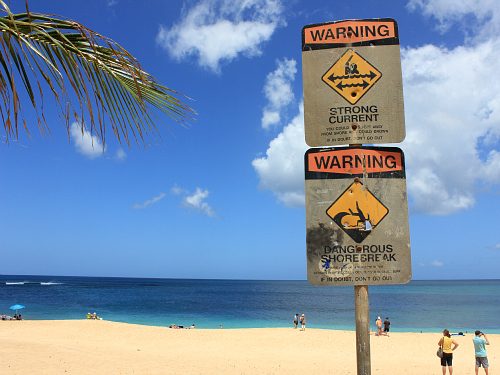 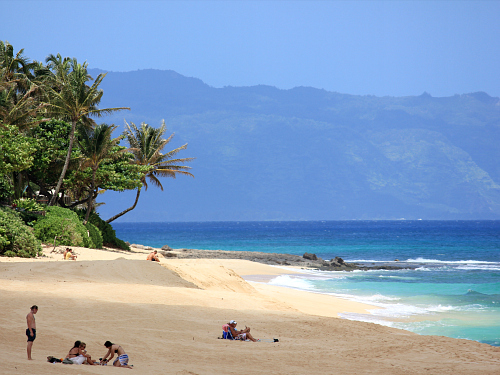 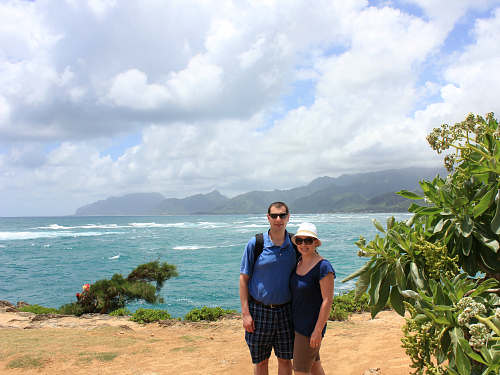 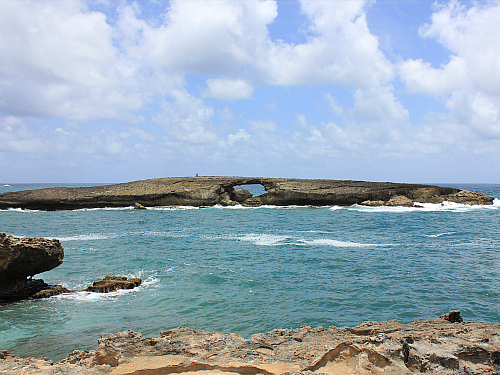 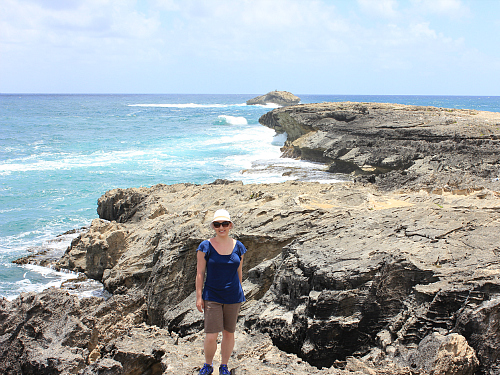 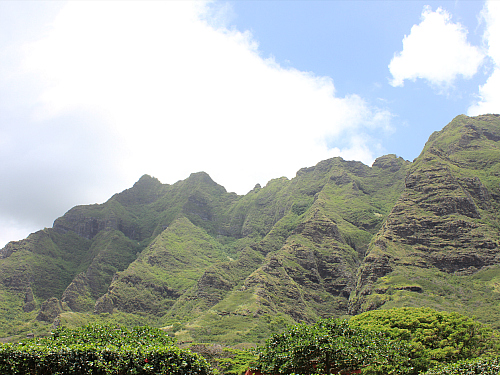 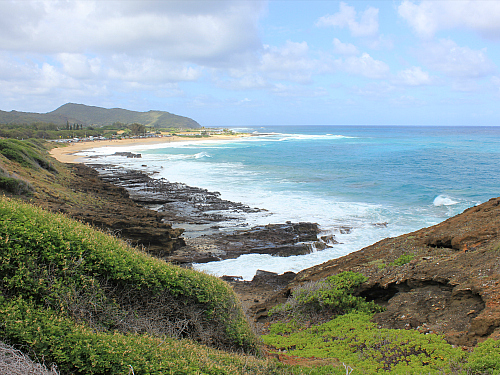 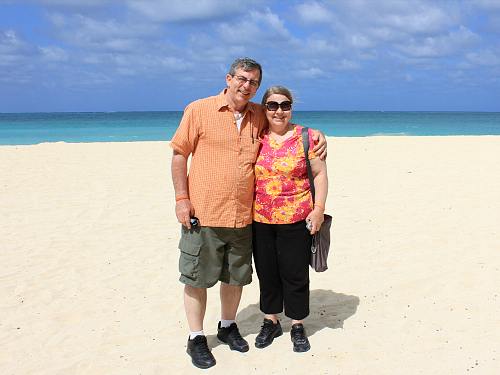 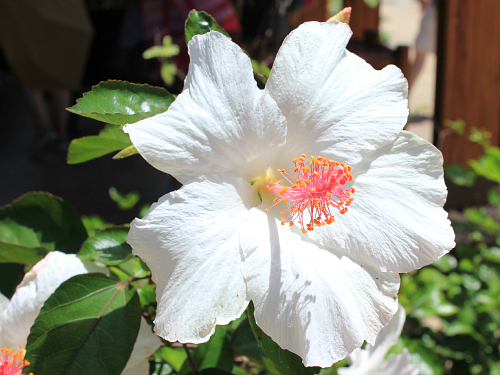 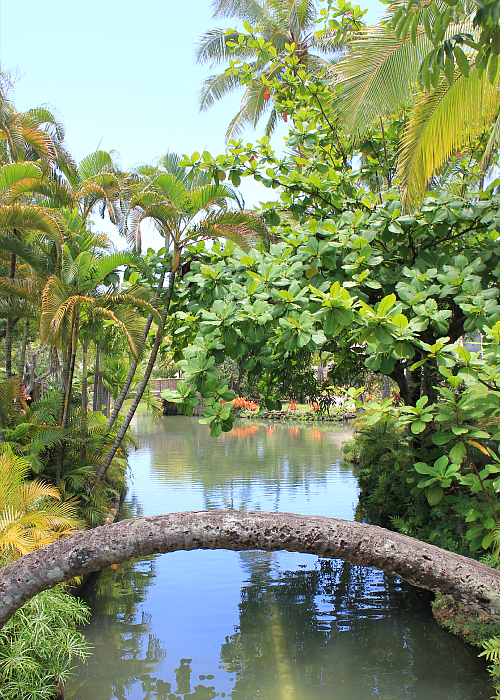 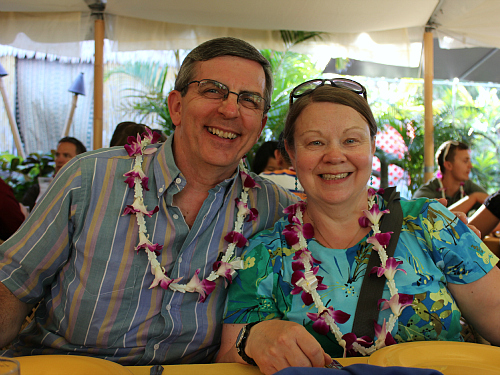 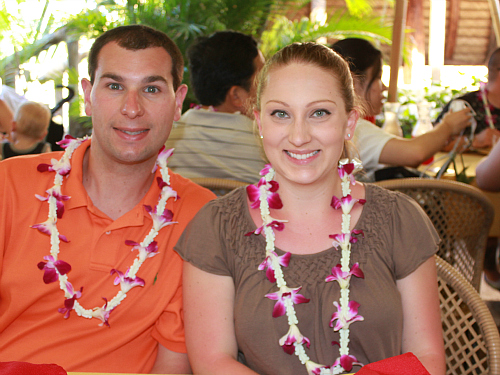 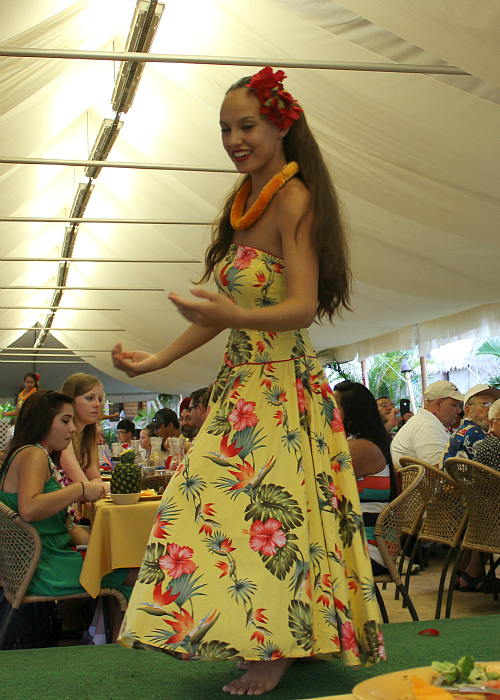 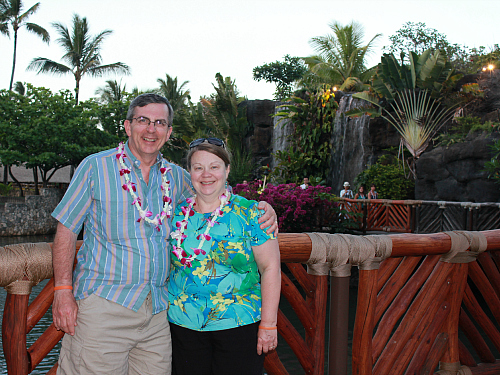 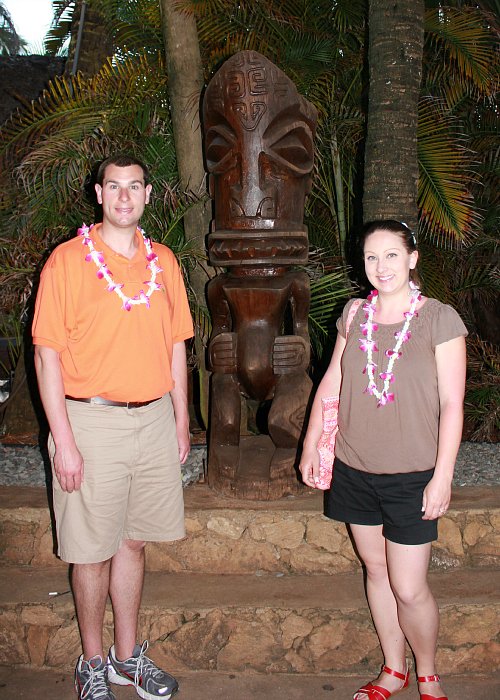 in addition to exploring the city of waikiki and enjoying waikiki beach, we also spent a good portion of our time touring around the island of oahu.

one of the first days that we were there, we decided to take a guided tour of the island in order to get a feel for where things were located.  we booked a circle island tour through discover hawaii tours, and we absolutely loved it!  (i would highly recommend this company to anyone traveling to hawaii.)

one of the stops on our tour was the dole pineapple plantation.  it was so neat to see how pineapples grow.  i never knew that there were so many different types and varieties of pineapples, and i was totally shocked to see a pink pineapple!  while we were at the dole plantation, we just had to try their homemade pineapple ice cream.  it was so good!  we absolutely loved it.  (now i just need to find a way to have it shipped to pennsylvania!)

as we toured around the island, each location was so beautiful.  at every stop, i kept saying "this is my favorite beach" or "this is my favorite view" just to find out that the next beach/view we stopped at was even more beautiful than the previous one.  i truly have never seen so many amazing and breathtaking views in my life.  it was hard to believe that some of the views were actually real.  i mean, people live there and actually see those views every day . . . that is crazy.  (i think i need to start looking for a job in oahu.)

on our tour, we visited sunset beach and watched the huge waves rolling in toward the shore.  we also stopped at a fresh fruit stand along the side of the road for some fresh papaya and coconut.  it was so good, and it just melted in our mouths.  we tried a fried banana at the fruit stand too.  the bananas in hawaii are so sweet!  we also stopped at a macadamia nut farm and sampled several different flavors of macadamia nuts as well as some macadamia nut kona coffee.

we stopped at waimea bay too to enjoy yet another gorgeous view of the pacific ocean.  one of my favorite views had to be the rocks at la'ie point lookout.  i could not believe that i was standing on lava while watching the waves crash around me.  it was a really neat experience.  i also loved the kualoa mountain range which runs along the windward coast of oahu.  the kualoa mountains can be seen from many different points on the island and they really are unbelievable.  they are pretty famous too since they have been featured in so many different movies.  (if you have seen jurassic park, you have seen these mountains.)  if you would have told me that i would have been so impressed by a bunch of mountains, i would have never believed you.

the nu'uanu pali lookout offered ridiculously beautiful aerial views of the island.  it was so high up (and so windy) that we almost felt as if we were in a helicopter.  of all the places that we visited, waimanalo beach was probably my parents' favorite beach.  we're talking powder-soft white sand and crystal blue water.  total heaven.

we visited the hanauma bay nature preserve too, which is an ideal spot for snorkeling around the reefs, and where the chickens roam free.  (really though, chickens roam free all over the island.)  at hanauma bay i saw a mongoose for the first time too.  (apparently, they like to shimmy up the palm trees and drop coconuts on people's heads . . . silly little guys!)

separate from our tour, we decided to spend a day at the polynesian cultural center.  we walked all around the center and learned a lot about the different polynesian cultures.  we went to the ali'i luau for dinner, and then saw the evening show too.  i'm always impressed by people who can twirl fire so fast!

Beautiful pictures, yet again! Especially the ones of the beaches and mountains! They make me want to visit Hawaii even more. I've never been but really hope we get to go one day :)

Everything looks so beautiful there. I would love to go there someday.

I think we should start planning the trip for next year already. I vote for Maui or Kauai.

I loved the pinapple plantation. Seeing all your pics makes me want to return there so bad. Someday!