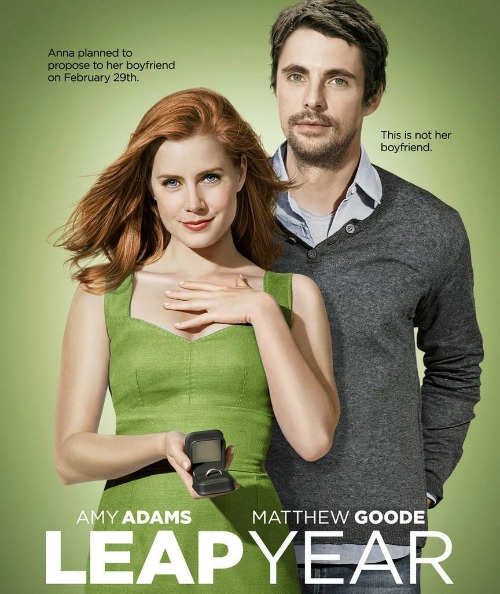 {in honor of leap day, be sure to check out this movie}

today is february 29th and i think that it is pretty exciting that we get an "extra" day on the calendar once every four years.  did you know that we actually need leap years in order to keep our calendar in alignment with the earth's revolutions around the sun?  believe it or not, if we didn't add one day to february every four years, we would lose about six hours off our calendar every year.  after 100 years, that would add up to 24 days off our calendar!  the concept of leap year actually dates back to the time of the roman empire over 2,000 years ago.  since then, there have been a few traditions and superstitions associated with leap day . . .

an old irish legend states that women are allowed to propose to men once every four years on leap day.  it is believed that this switch helps balances the roles of men and women just as leap day helps to balances the calendar.

a person who is born on february 29th is called a leapling!  anyone born on leap day is invited to join the honor society of leap year day babies.

enjoy your leap day today!
after all, it will be another four years
until we have another february 29th!

i love that movie!