filming at the tv studio 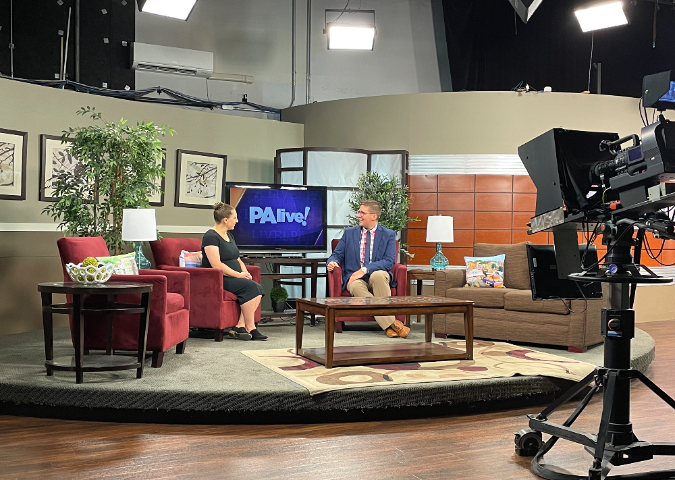 over the past several years, i've had the opportunity to go to the wbre tv station to promote upcoming events on their "pa live" segment.
i feel like i could get a hosting job there because i've been on that show so much (feb 2019 / jan 2019 / oct 2018 / may 2018 / june 2017 / june 2016).
we have two specific shows coming up at the theatre this fall that we wanted to advertise, so we contacted the station about scheduling the dates to feature each show.  each time i've been on the segment in the past, we've filmed it live.  much to my surprise, i found out that they now pre-film a lot of content to air on later dates.  it just so happened that this worked out perfectly for me, so i could film both segments while still pregnant in the summer instead of having to go to the station two separate times in the fall with baby boy!
while i was at the station, we filmed a segment to promote our upcoming motown tribute show in september as well as another segment to promote our upcoming barbra streisand tribute show in october.
you can check out these segments when they air this fall! 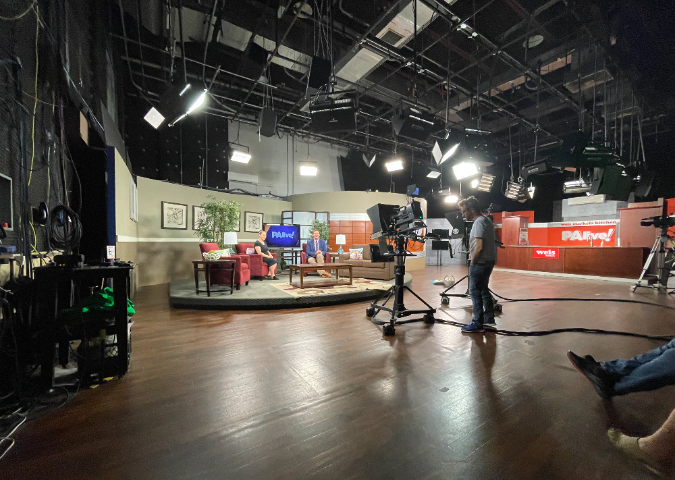 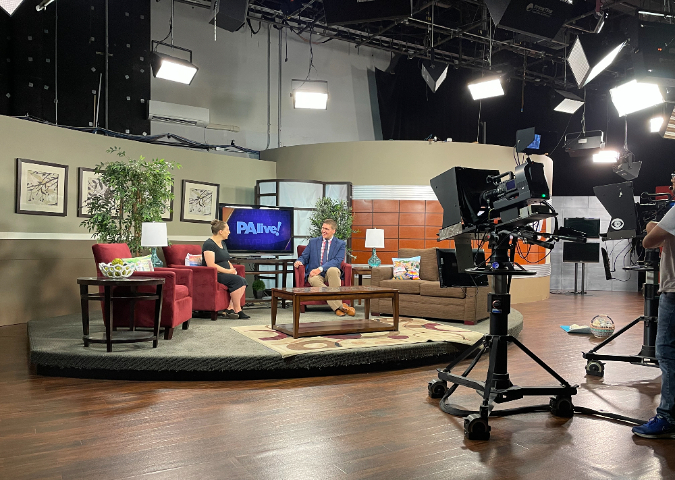 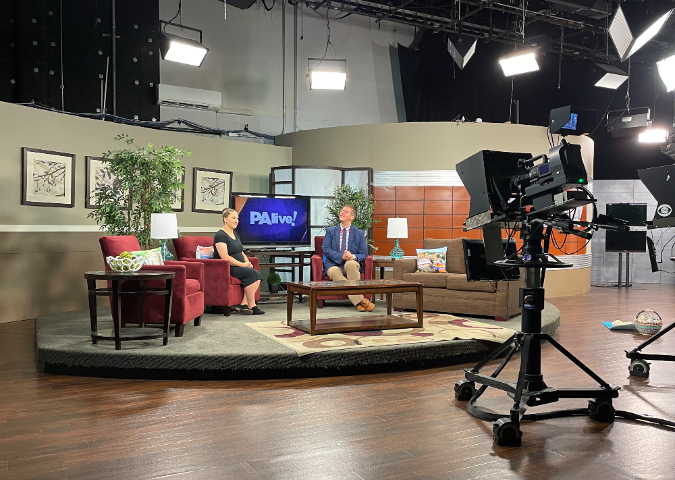 Wow, that worked out well! We will look forward to seeing these segments.

You look good in that seat. You should be his partner on TV!