dancin' in the streets 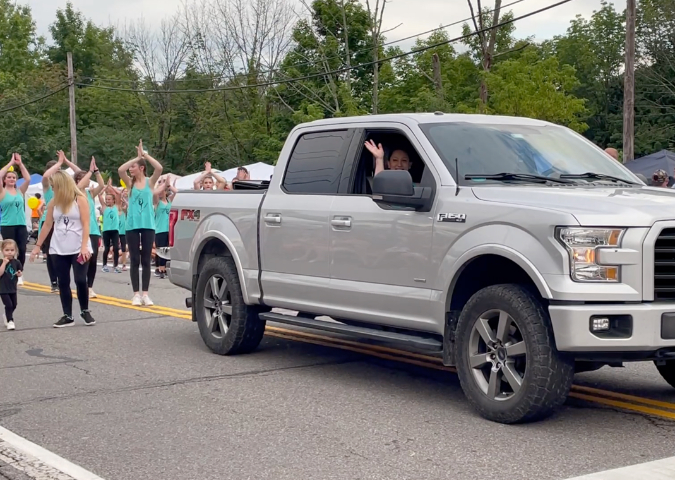 the dance company that i teach for was asked to dance again this year at the moscow country street fair parade on friday night.  we were scared that it was going to rain on the dancers, but the rain held out until after the parade so they stayed dry.  they did a great job dancing in the parade!

since i'm 9 months pregnant, i got to ride along the parade route in the music truck instead of walking/dancing the whole parade and i was super grateful for that! 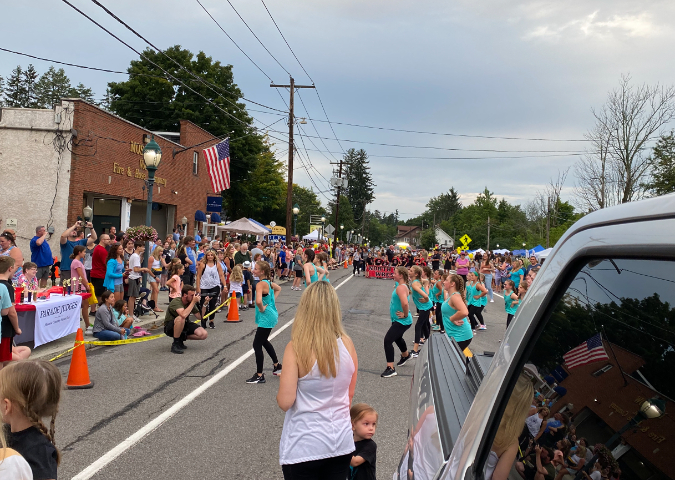 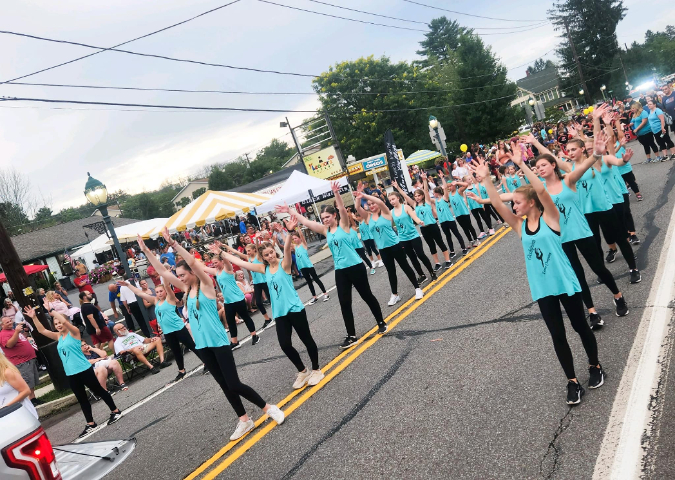 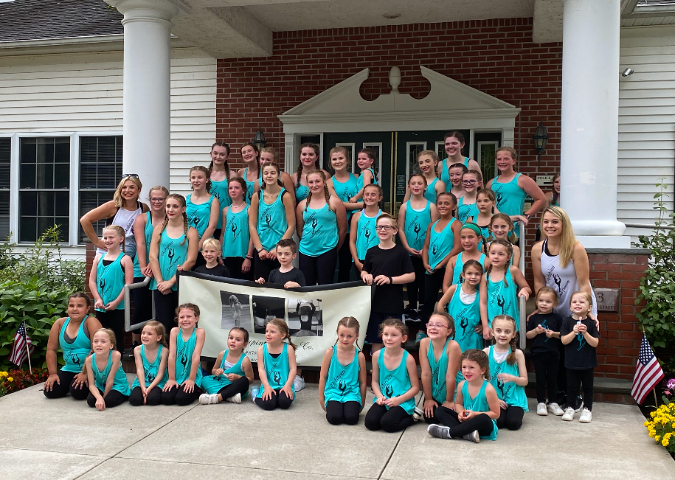 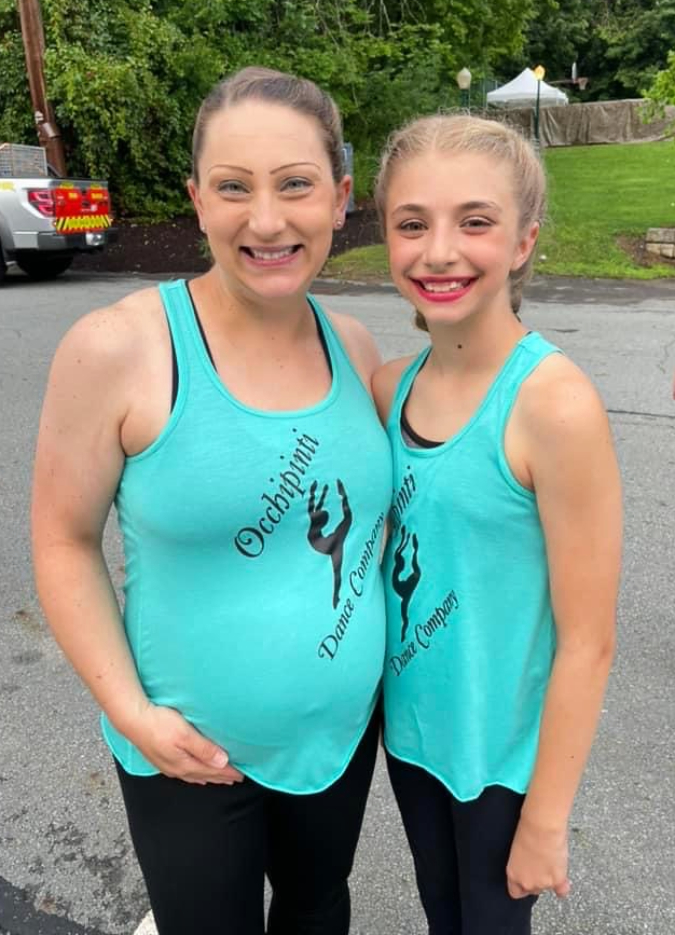 Everyone looks flashy in those pretty turquoise costumes. I'm glad you got to ride instead of dancing.

Keeps the kids active. Kennedy is almost as tall as you.