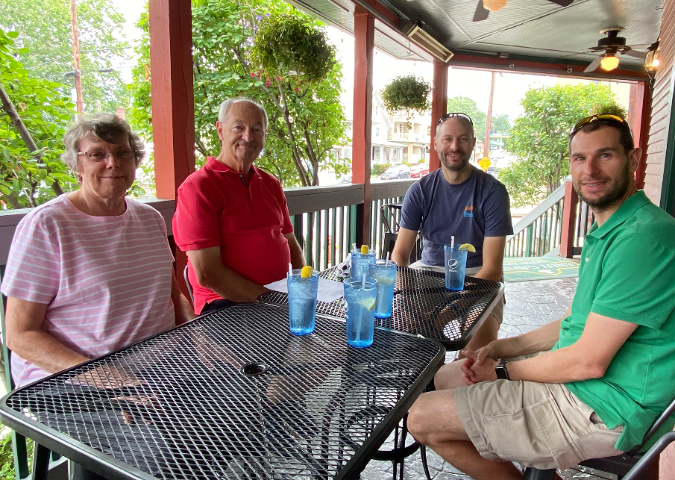 it was so nice to be able to visit with ryan's brother jeremy this week while he was in pennsylvania.  we haven't seen him since december 2019, so it's been a long while.  normally when jeremy comes to pennsylvania we're really busy with shows, so it was nice that we actually had a few times this past week when we were able to see him in between work commitments!  in addition to spending some time wiht him at the cabin, we also were able to grab a lunch out during our work day, go out for ice cream after the concert, and stop by ryan's parents house for dinner. 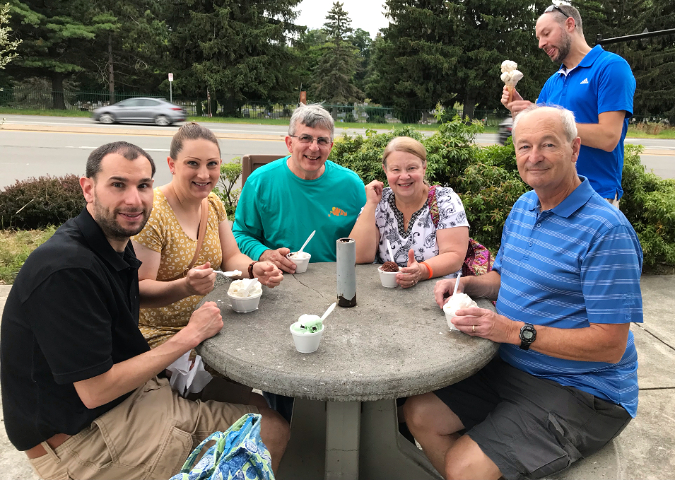 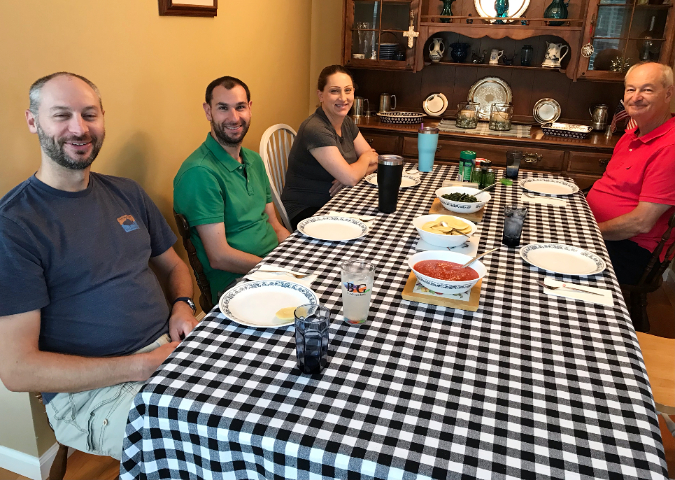 That was nice that Ryan had an opportunity to spend some time with his brother.

The theme of gathering around food continues! It was great that you were able to spend so much time visiting with Jeremy. I know he really appreciated the fact that you took the time to see him.