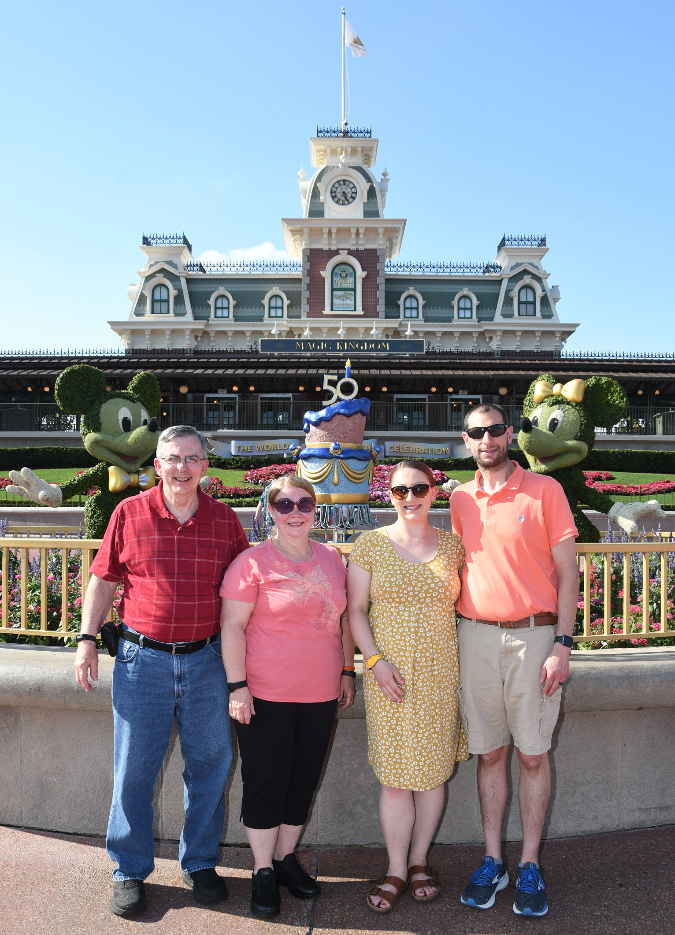 we hadn't initially planned on taking a summer vacation this year because we have a packed schedule with shows at the theatre and we knew that we couldn't travel later in the summer because it would be too close to my due date.  so, we were thrilled when a previously scheduled show moved dates and opened up a time slot on the calendar which freed up an entire week!  we also had airline credit left over from a trip that had to be canceled two years ago from the pandemic too.  so, with the newly available last week in may, combined with the expiring airline credit, combined with the fact that i couldn't travel too far away from home, we decided to book a vacation to walt disney world in florida!

ryan and i visited disney together in 2017 and then again in 2019, but my parents hadn't been to disney in 25 years!  it was a great choice for a family vacation / babymoon.

we flew down to florida last monday right after finishing up a dance show the night before.  we were able to visit all 4 parks and even have a day "off" to visit disney springs too.  we returned home sunday evening right before memorial day and the next set of dance recitals.  the timing worked out great!

we took a lot of photos while we were in disney, so get ready for tons of vacation pictures over the next several posts! 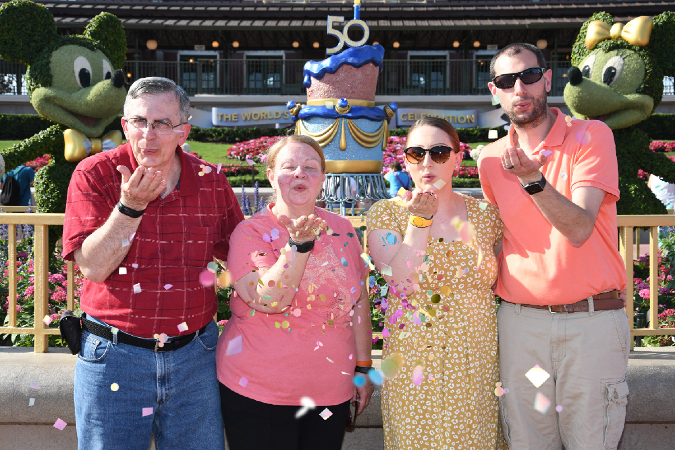 That was such a wonderful vacation and it was nice to see all the changes at Disney and the parks after 25 years. Thanks for being such great tour guides. I am still exhausted.