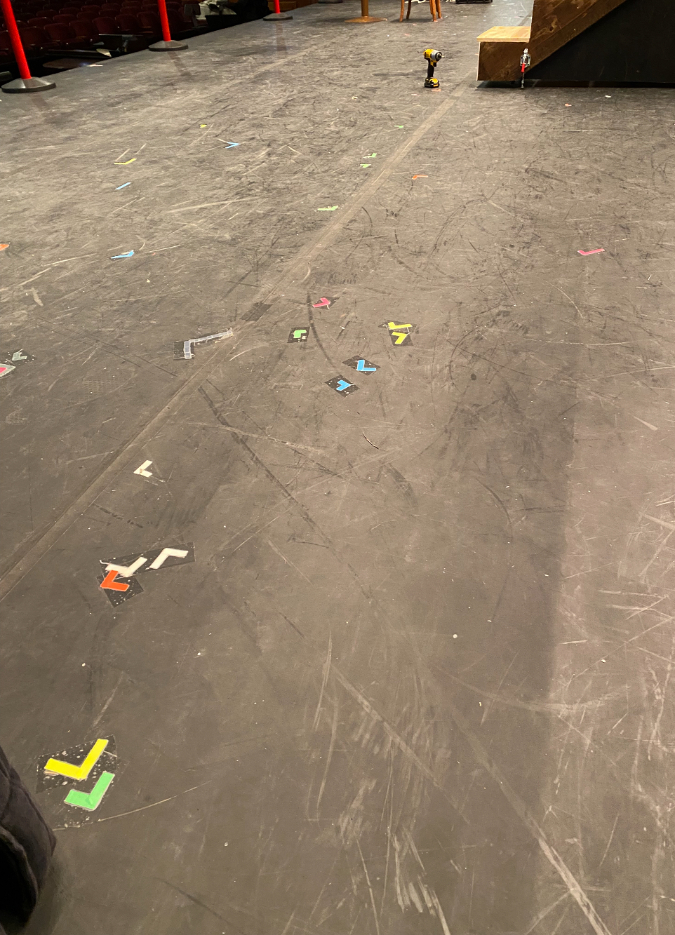 it's tech week for the musical which means that every morning has been an early one and every night has been a late one . . . and we have several days left of this crazy schedule.  tech week (which is really more like 3 weeks, not one week) also means that the stage deck looks like someone dropped a bunch of ice cream sprinkles because there are so many spike marks, and my fingers are raw from sewing so many snaps on shirts for quick changes. I hope the actors and actresses helped you sew on the buttons, too.