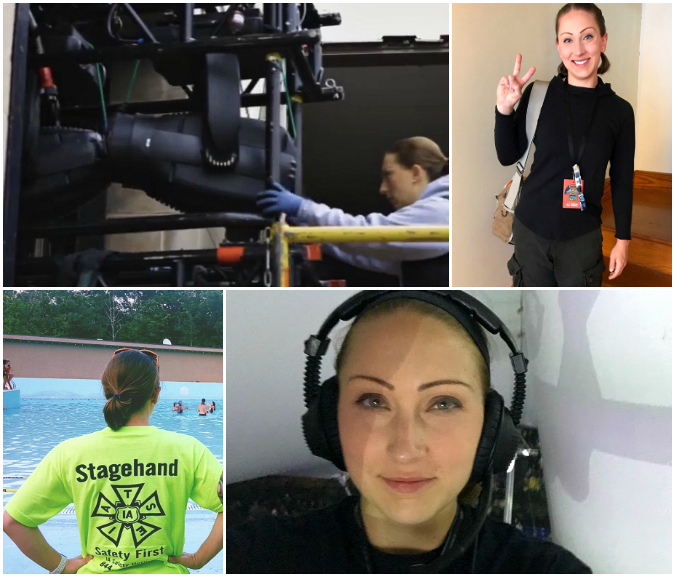 we've been working in the theatre industry for years wearing various hats.  i've mentioned many times before that ryan and i are both i.a.t.s.e. union members.  within our union's local, ryan and i have held many positions.  ryan has been the local's treasurer for years and he's also a member of the executive board.  we both have served on numerous committees too.  currently i am the chair of the education committee and the health/safety committee.

last night was election night for the new term of officers for our local.  after a nerve-wracking month of campaigning since our november nominations, i am thrilled to say that i was voted to be the new vice president of our local for the next three years.

this is a big deal for me to be the first-ever female vice president of our local.  ryan and i were both also elected to serve on the executive board.

you know, all in a monday night's work . . . breaking the glass ceiling and making history over here.

i officially get sworn into my new position with the other officers in the beginning of january.