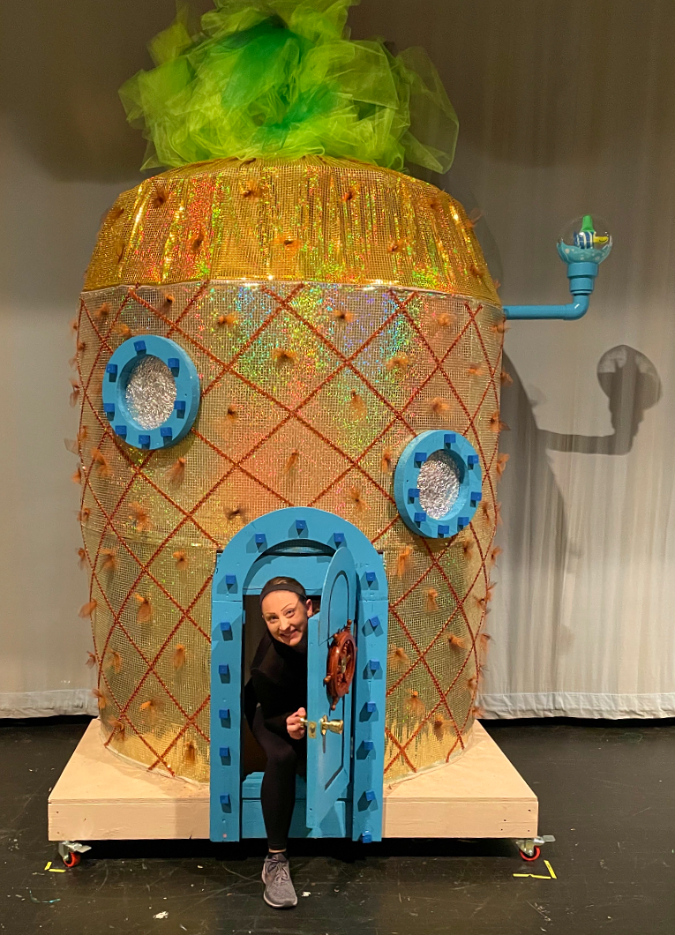 in addition to the wild amount of craziness going on right now, the past few weeks we've been up at a nearby high school trying to pull some resemblance of a miracle on the lighting for their wacky-o-la production which is this weekend . . . "i live in a pineapple under the sea . . ."

never watched the tv show and what i've seen of the rehearsals so far looks looney.

we won't be involved in the actual run of the show since we've been tied up for the past several days straight with the nutcracker at our theatre.  still unclear which would have been worse.  will report back soon. 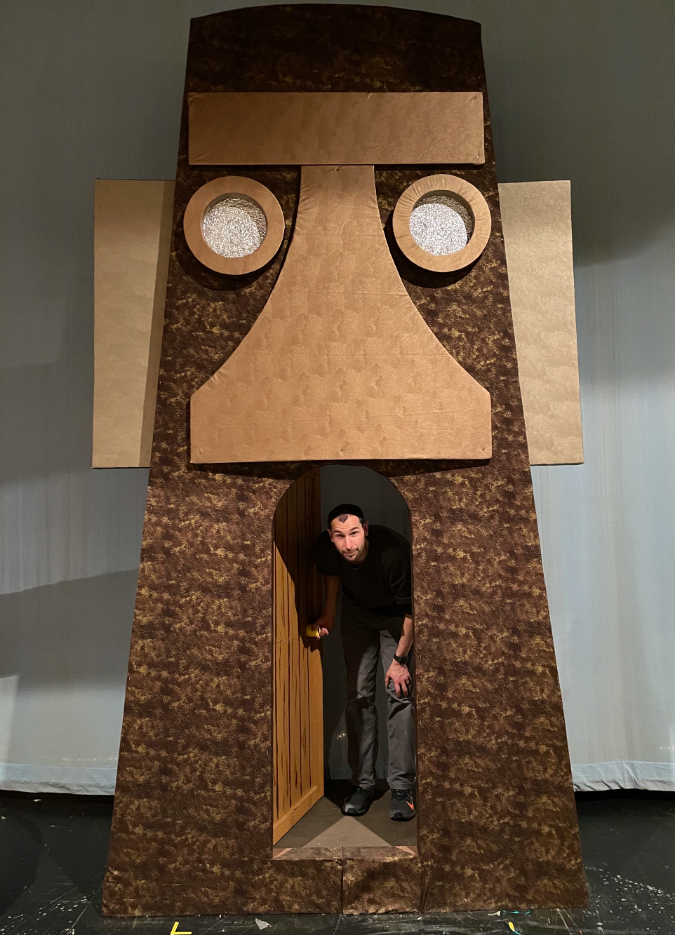 I don't know what the show is about, but the structures are pretty cute! I look forward to hearing more details!

Wow what a set. Did you guys build that? Never saw or heard ofthe show either. I think wacky finds you guys.