performing at the baseball field! 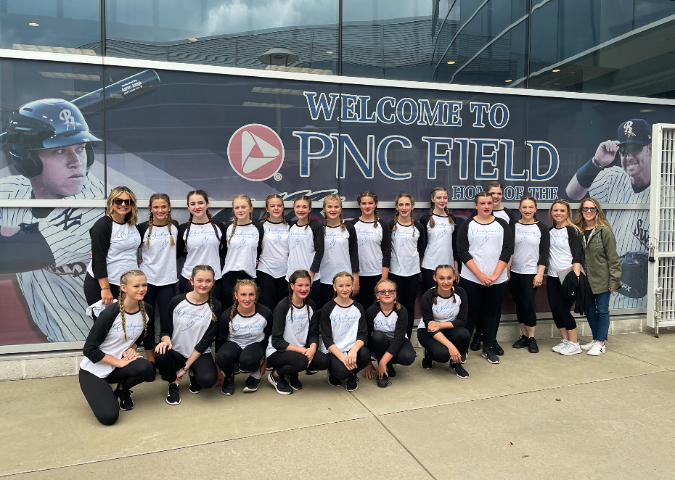 on friday night, my dance studio had the opportunity to perform on the field at the scranton/wilkes-barre railriders baseball stadium before the game!  it was an exciting opportunity that was presented to us, so we had a few last-minute rehearsals last week to trow together our performance.

we performed two dances before the game and really lucked out because the weather held out while we were dancing and didn't start raining until right after we finished and got back to our seats.  luckily, it didn't rain for too long and the weather was nice for the rest of the night.

one of my former college students works with the crowd entertainment team at the stadium and she picked me to do one of the games between innings.  i won the game and my prize was a gift card to a local grocery store!  i was really excited about that!

there was even a really big fireworks display after the game which made it extra special!

it was a really fun night out at the baseball field!  ryan did take video of us performing and me playing the game, but here are some photos from the night . . . 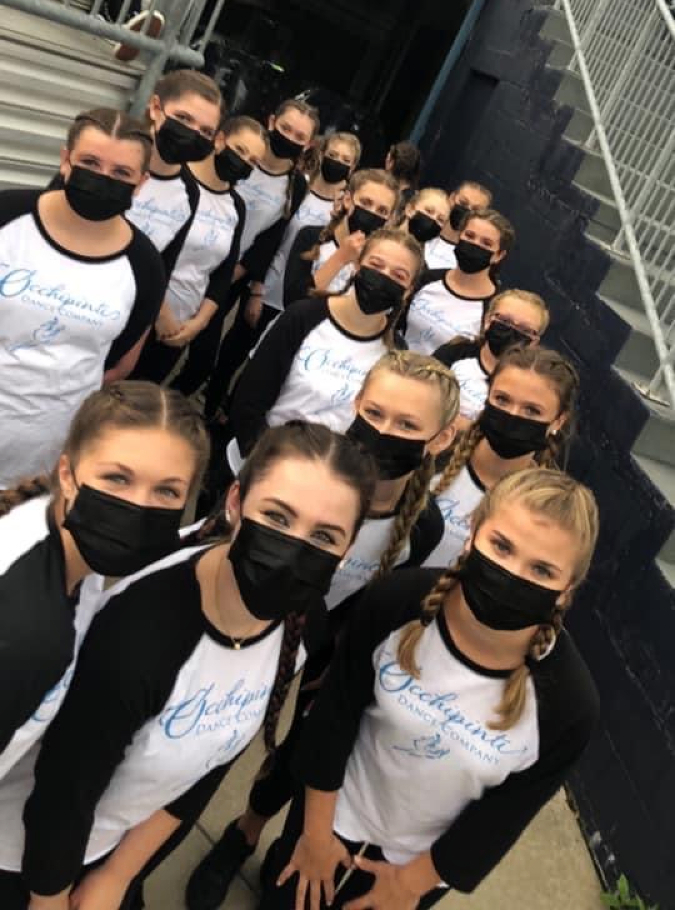 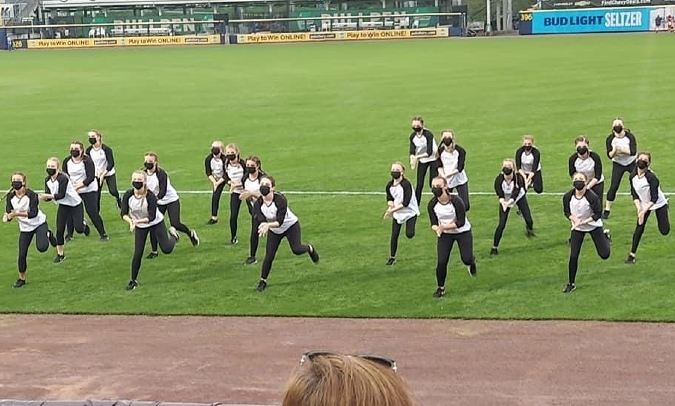 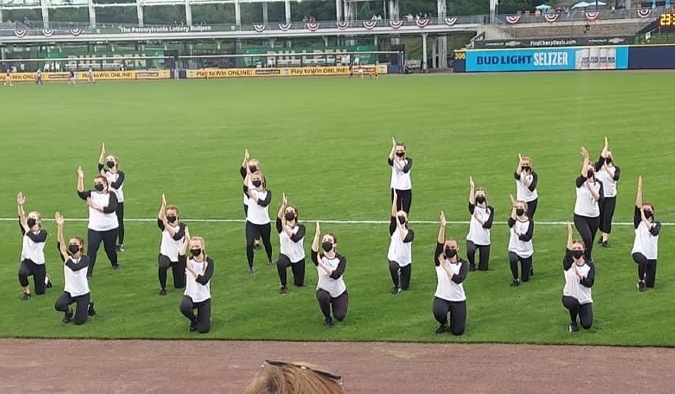 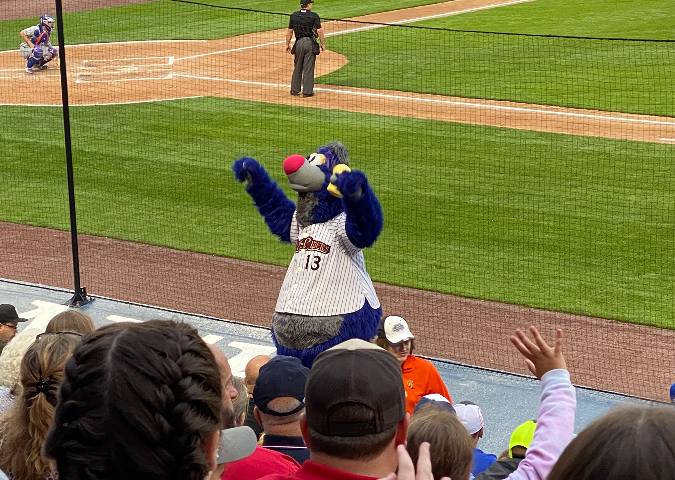 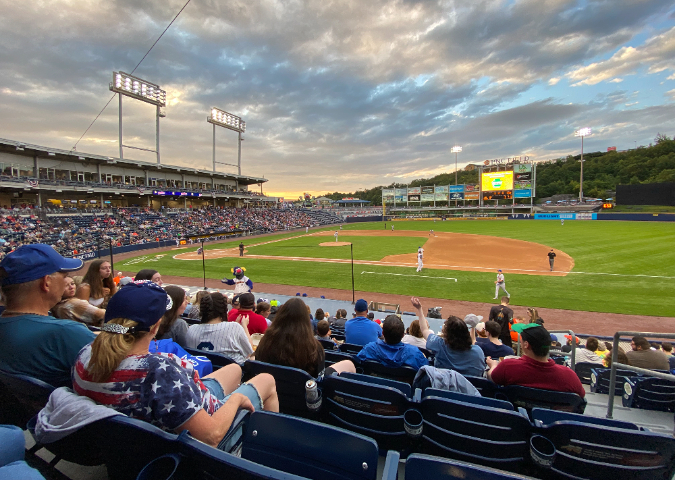 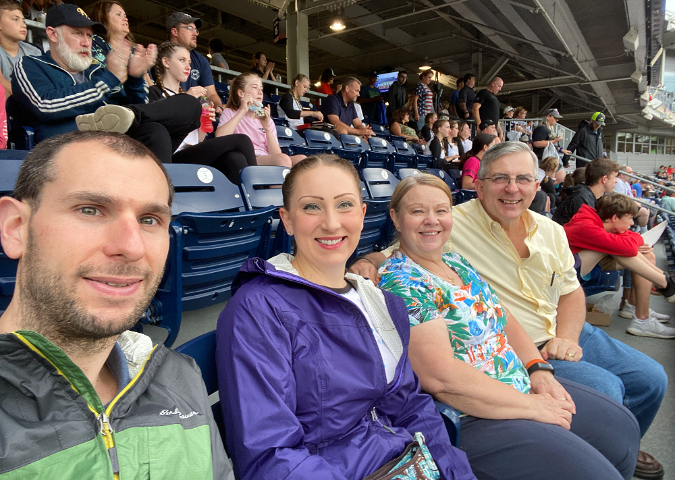 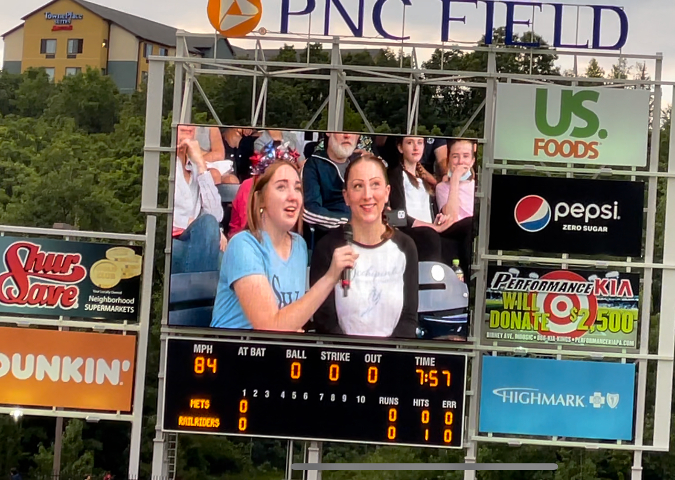 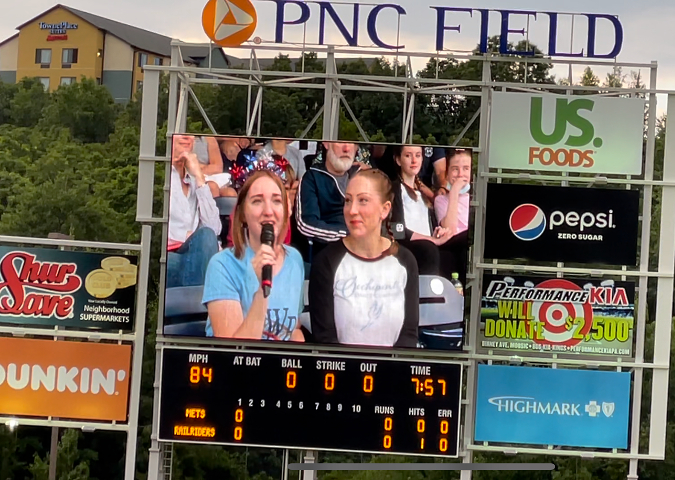 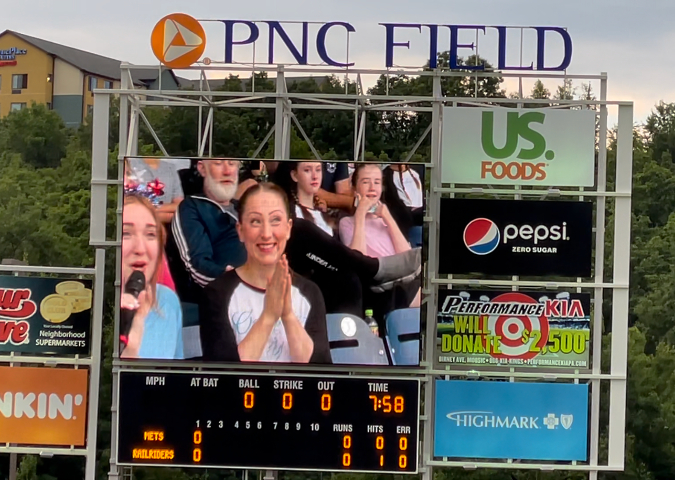 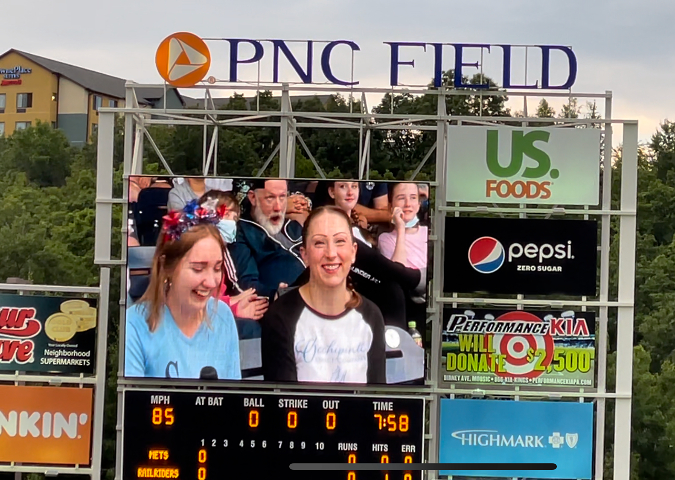 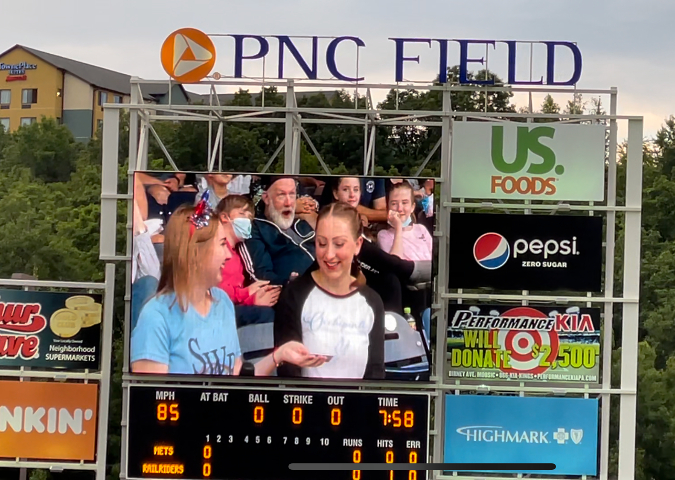 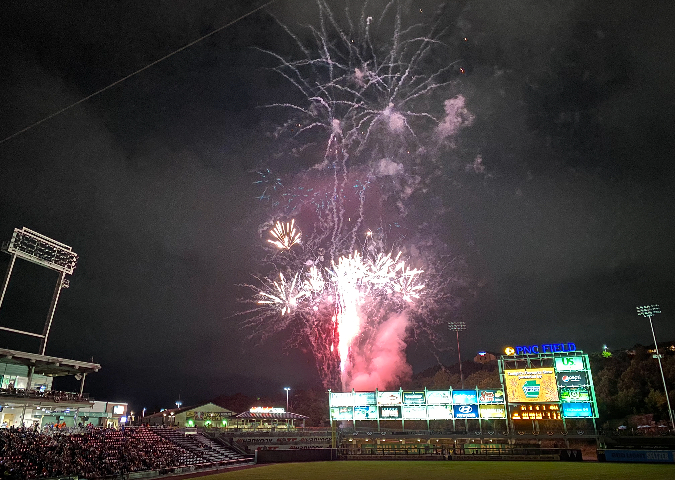 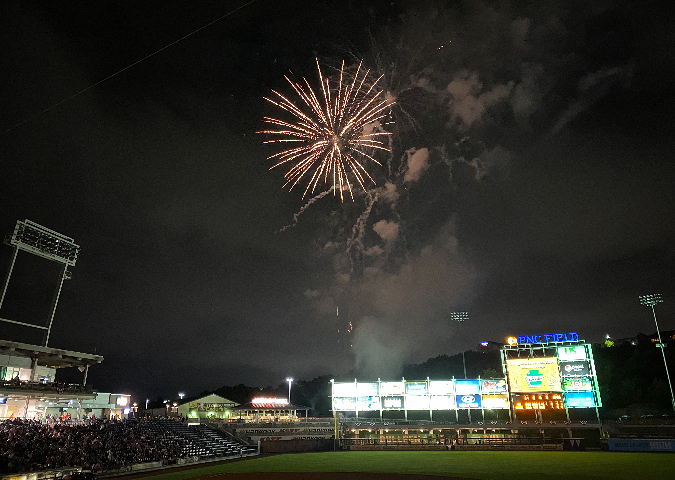 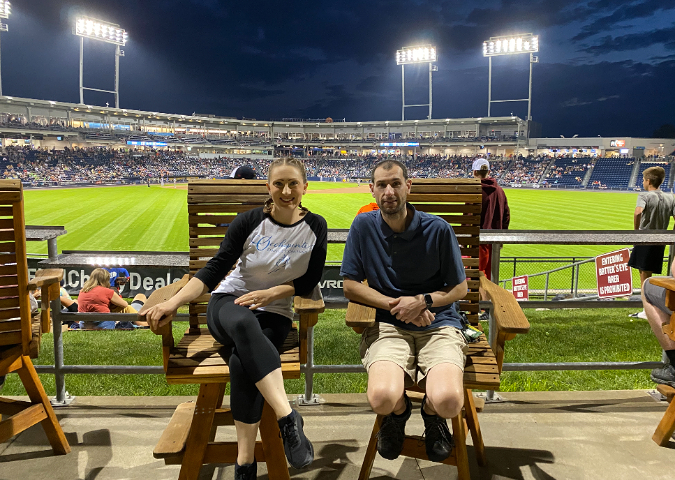 Excellent photos. That really was a fun evening. You look happy and beautiful on the jumbotron. You are very photogenic. All the girls looked great dancing.