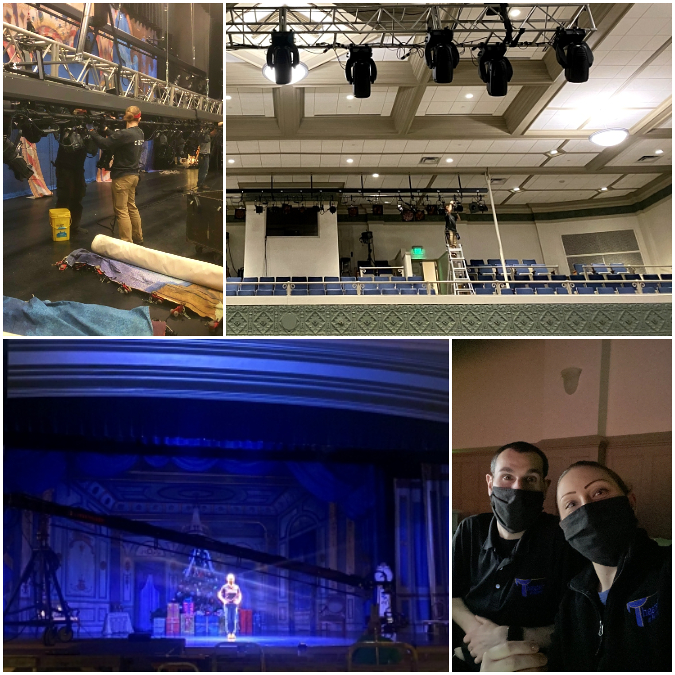 today is my three year work anniversary of running the theatre and it definitely feels like i've been here longer than three years.

in the past year live entertainment as we know it has been completely altered and my role has changed more than ever.  among other things, i became a pro at cancelling and postponing events (which is not a good thing in our industry).  although there were plenty of disappointments this past year with missing so many shows, a huge positive of this past year was being promoted from director of theatre operations to vice president of theatre operations!  i do love my job and i'm grateful to be able to do it.

celebrating an anniversary like this makes me reflect on those in our industry who are out of work because of the pandemic.  so many of my live entertainment colleagues are completely out of work and so many venues have permanently closed their doors.  so in honor of my theatre work anniversary, join me in supporting the save our stages campaign.  on a local level, help out your local theatre anyway you can (purchase tickets to a show or you can even purchase a gift certificate to use at a later date for a show).

Wow, three years already. For you it may seem longer, but it seems like only yesterday we were recruited as "Red Coat" ushers. Here is hoping that we will have an opportunity to dust off the coats and wear them again, soon.
Congratulations on your three-year anniversary and that you found a career you are passionate about. And of course, Ryan can work with you.

Congratulations on three years! It seems like it has been much longer than three years. I am happy for you that you have work that you enjoy and that you can spend time working with Ryan much of the time.